This is the difference business support makes. 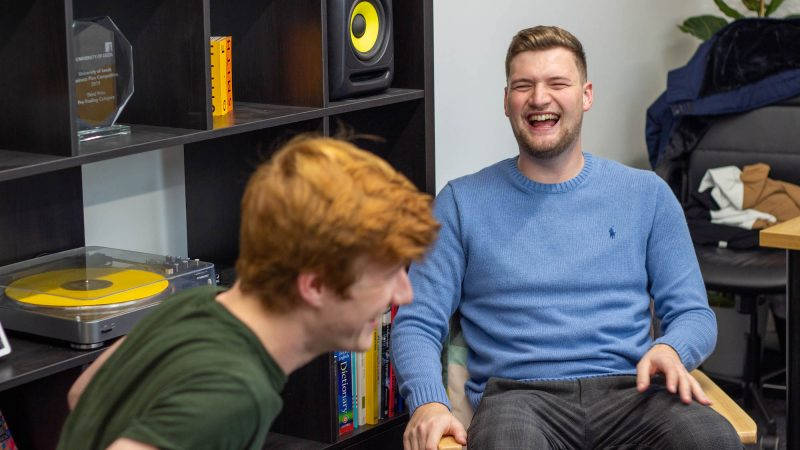 There’s so much more to AD:VENTURE than just grant funding. From one-to-one business advice to workshops, introductions and mentoring – register now and find out how they can help you grow your business.

Sometimes, all you need to get an idea off the ground is a bit of support…

Ever dreamed of running your own business? Or maybe you’ve already done it and you’re trying to navigate the labyrinth of unexpected challenges that come with being the boss? Wherever you’re at in your startup journey, AD:VENTURE can help you find your way. They offer long-term business support, virtual workshops and access to a network of experts, as well as up to £25,000 to support capital growth costs. See the difference it can make as we speak to the entrepreneurs who’ve been there and done that.

The brewery that was almost a bottle shop 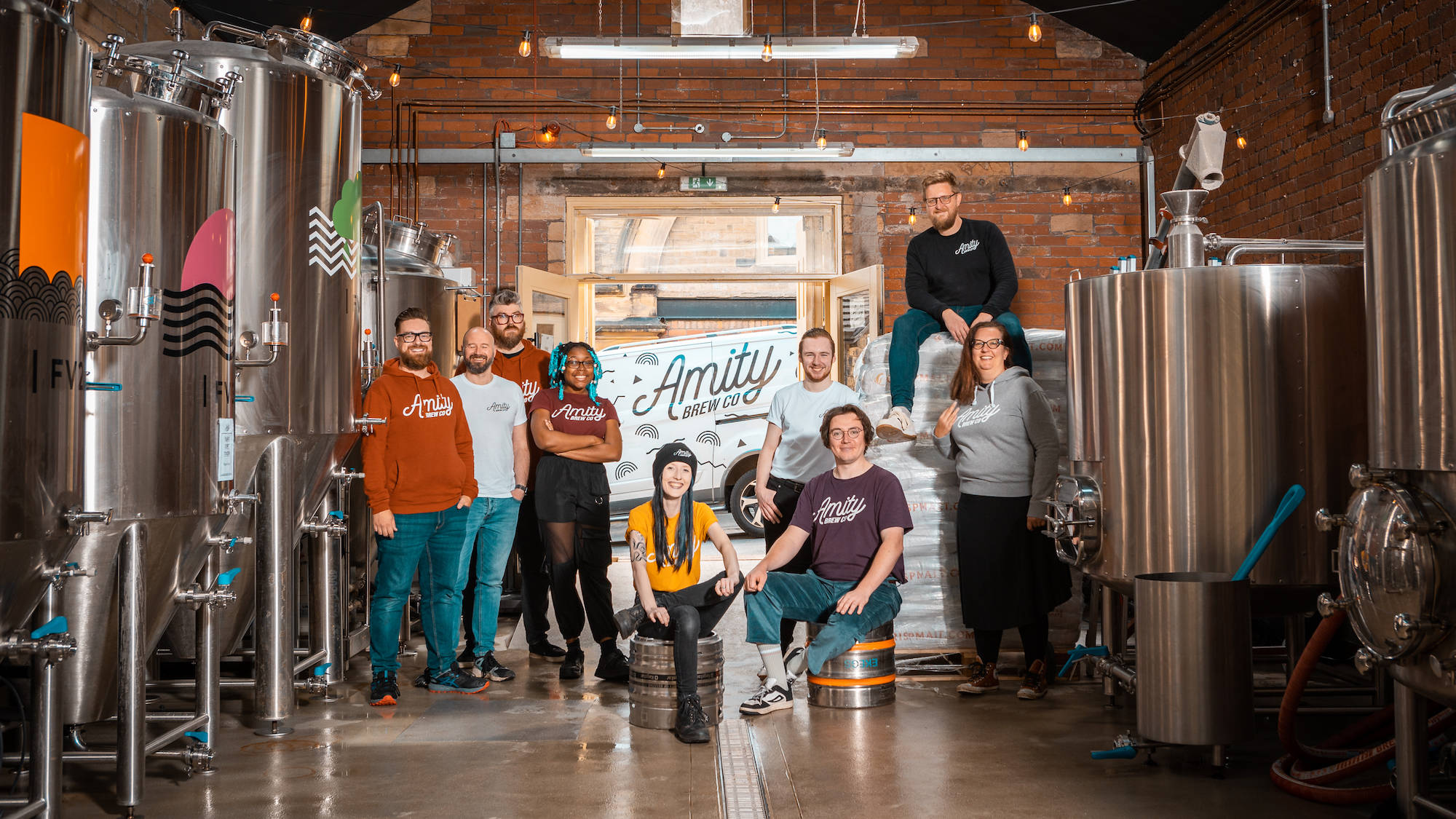 Russ Clarke is one of the founders behind Amity Brew Co. He’s got a wealth of beery experience behind him, including a stint at Brewdog and another at North Brew Co, but when it came to starting his own business, he first thought he’d open a shop. Then he saw the space at Sunny Bank Mills and realised that he wanted to open a brewery instead.

Russ already had his business plan in the bag when he approached AD:VENTURE – he knew what he wanted to do, where he wanted to do it and how he could make it happen – but he needed to raise funds and that’s where Kris Keighley came in. He’s one of AD:VENTURE’s business advisors and he helped walk them through their funding options. 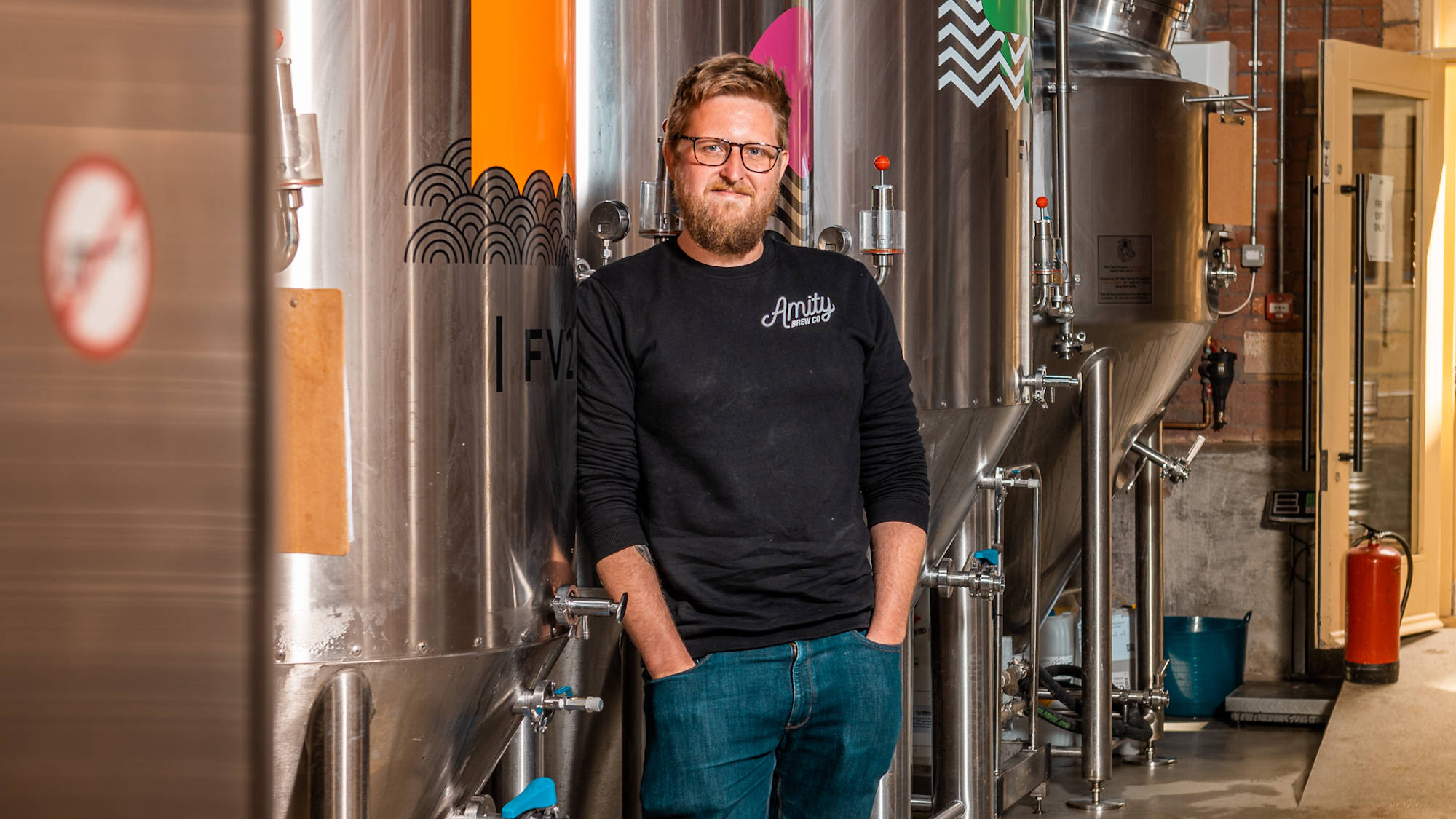 The result? Amity secured a £75,000 startup loan and a £40,000 grant, which they used to match-fund their AD:VENTURE Growth Grant application to get another £15,000. It’s helped fast-track their growth, putting them three years ahead of schedule, and their three-strong team is now up 12. What’s more, they turned a profit in their first year, despite the pandemic.

“Kris has been wonderful,” Russ explained. “He’s always been at the end of a phone, if we ever need support, he’s always got a range of options, and they aren’t just focused on AD:VENTURE, which is great. Obviously he’s got their services, but he’ll point you in the direction of anything that’s out there. It helps, and not just financially, it also makes you realise you need support.”

The students who set up their own creative agency 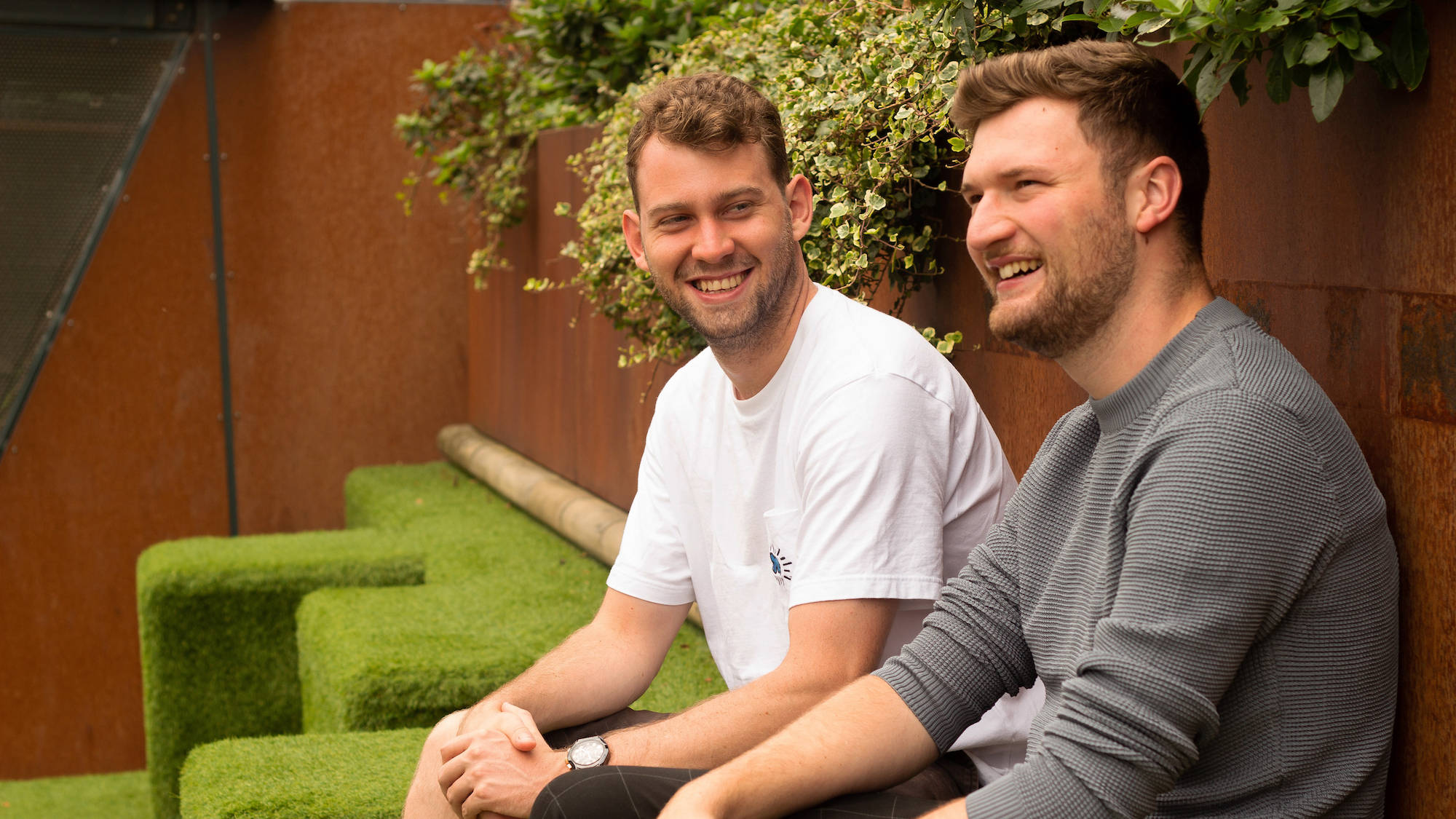 Matt Wheeler and Sam Taylor founded madeby.studio in 2019. At the time, they were final year students. They’d both done a year in industry, working in small design agencies, and they both had freelance clients of their own, but making the leap from student to business owner brought a whole raft of new challenges. And so, they approached AD:VENTURE.

Soon, they had a dedicated advisor, in the form of Alan Thompson. He met them once a month and started to dig into their business, getting to know their objectives and pain points, then working with them to create a strategy to scale up. As they grew, their approach became more flexible, but Alan was always there to offer advice and point them in the right direction. 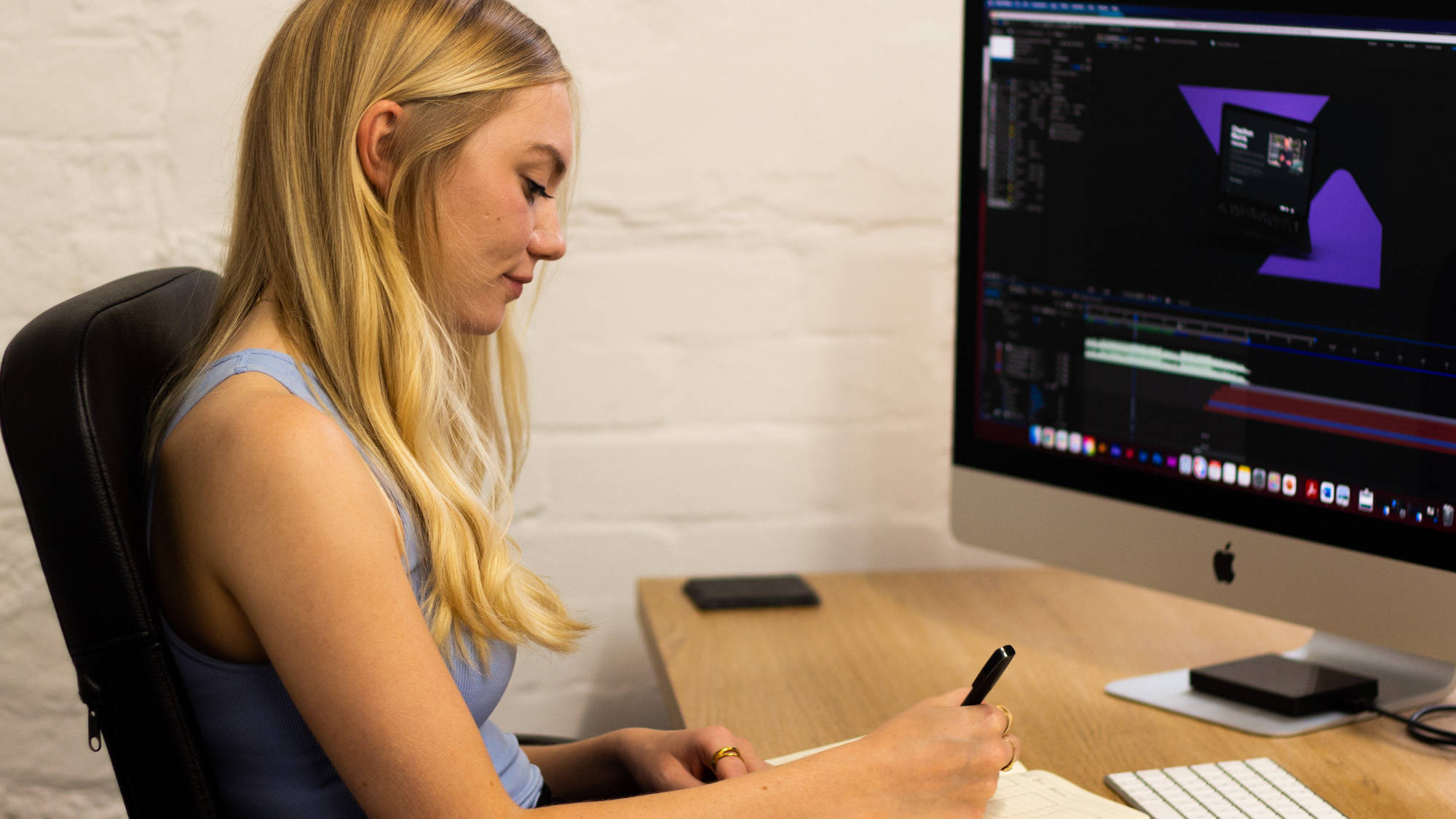 “Alan was absolutely incredible,” Matt told us. “He’s one of the best advisors we’ve had. You know when you call your dad for help? He’s like that to us even now. We bounce ideas, I just give him a ring, and ask for his thoughts. He’s a very good mediator, he helps us have conversations that get us where we want to go. And that was the support we needed.”

Although Matt and Sam came for the advice, they got so much more. They’ve taken advantage of AD:VENTURE’s workshops, using them not just to learn new skills, but also to network, and they joined Accelerate, a 6-month programme run by Leeds Beckett University that’s helped them reach their goals. Plus, they’ve secured multiple grants to fuel their growth.

The company helping to solve the NHS staffing crisis 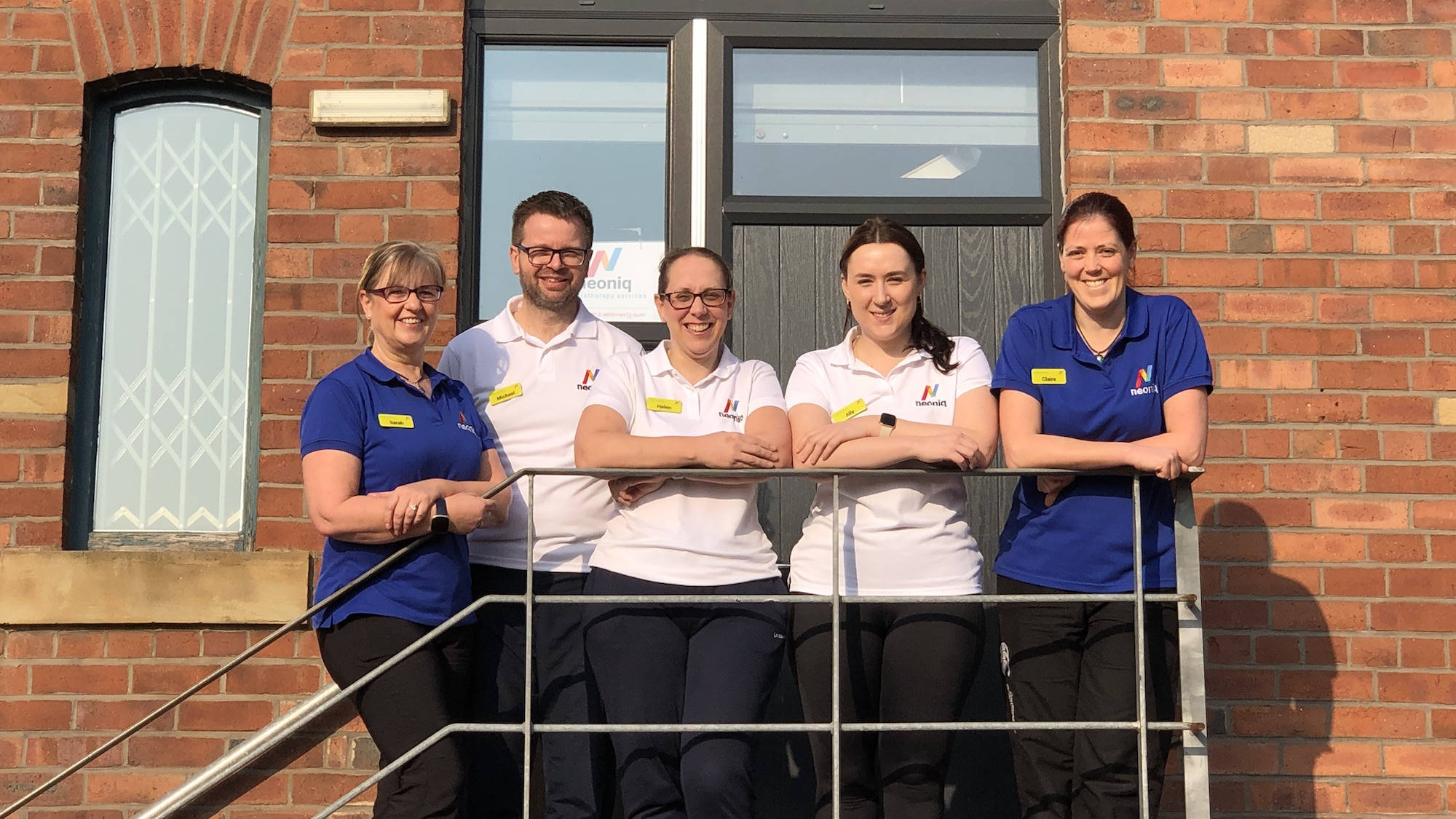 The NHS needs more staff. But in order for students to get the qualifications they need to practice, they have to complete a placement – and there simply aren’t enough to go around. Neoniq solves that problem by creating external placements, which means students can get their qualifications, without putting additional pressure on over-stretched NHS teams.

It’s the brainchild of Claire Graham and Michael Hellawell, two physiotherapy lecturers who saw a gap in the market. They created a new concept – a physiotherapy practice that offers affordable private consultations performed by students and supervised by qualified physios. It’s designed to close the placement gap and help more students get qualified sooner. 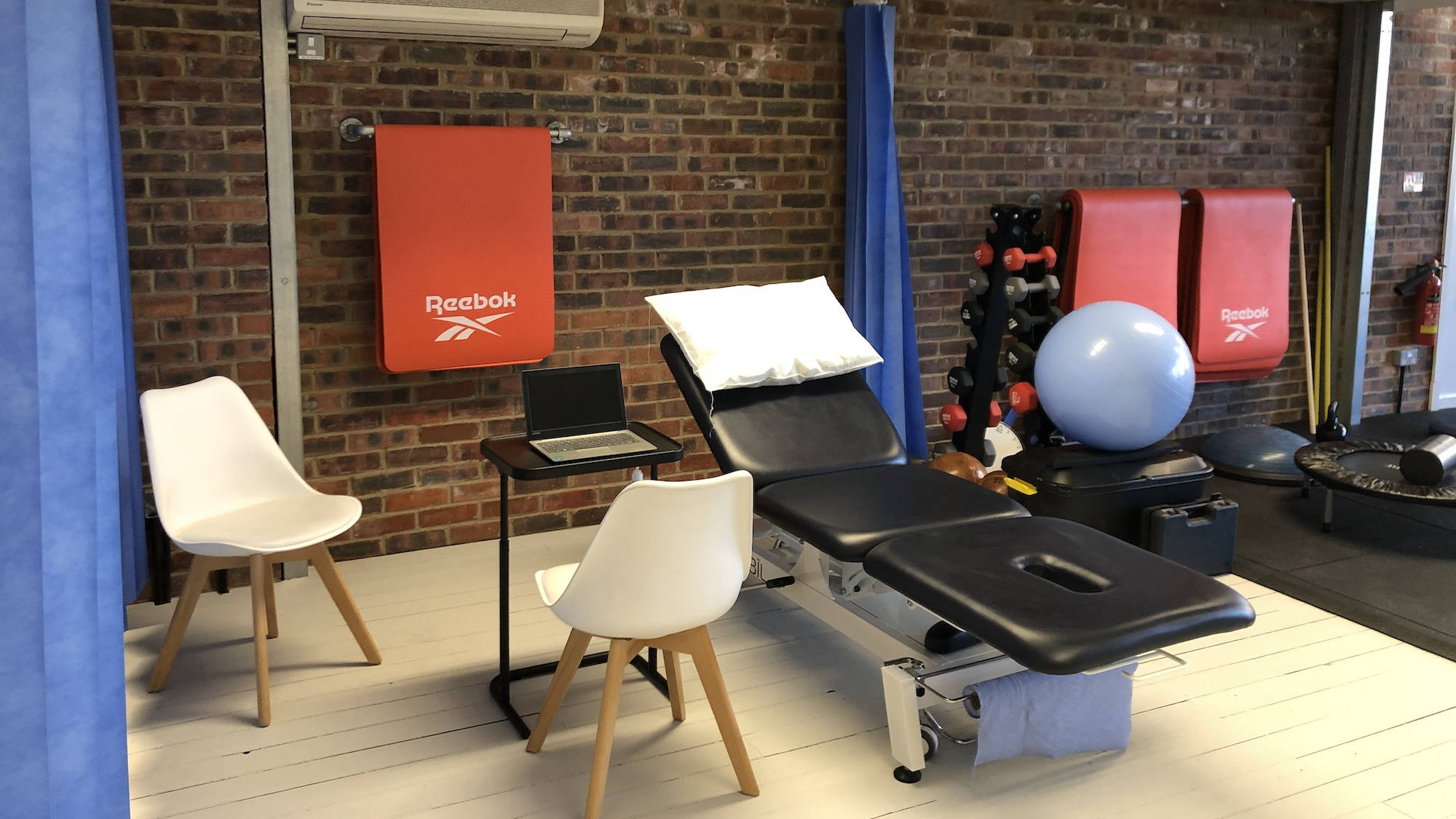 While Claire and Michael were experts in the fields of physiotherapy and education, they were entirely new to business, so they sought help from AD:VENTURE. That’s how they met Rav Panesar, a specialist in digital health SMEs and their dedicated business advisor. He gave them structure and direction, keeping them on track and filling the gaps in their knowledge.

Rav helped them secure a £10,200 grant from AD:VENTURE, but the support doesn’t end there. “We met Rav really regularly at first and it kind of gave us accountability,” Claire explained. “But since we got the funding, it’s been a bit more ad-hoc. When things come up, like the Shipley Town Fund, he gets in touch, and when we need advice, we drop him an email.”

Interested? The AD:VENTURE Growth Programme is open to startups that are in their first three years of trading and based in the Leeds City Region – that means Bradford, Calderdale, Craven, Harrogate, Kirklees, Leeds, Selby, Wakefield and York. It could unlock your growth potential, so what are you waiting for? Register now and find out how they can help you.