Where to Get 2-4-1 Cocktails in Leeds

It’s time to double down on cocktails. 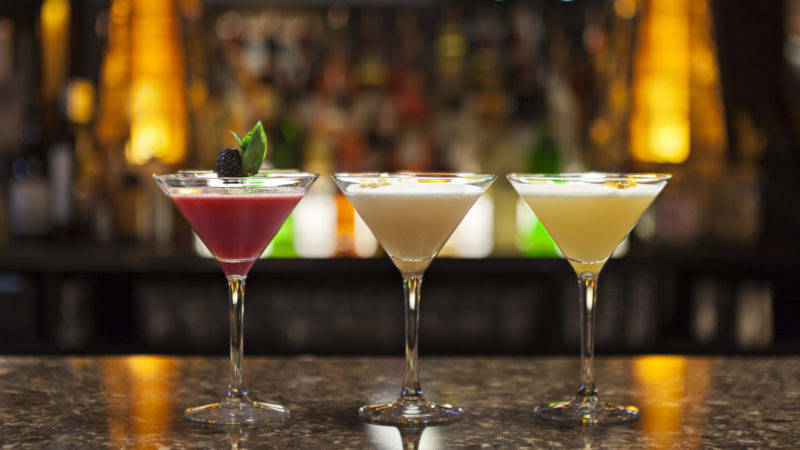 When it comes to turning a good night out into a great one, cheap cocktails are the perfect party fuel. Whether you’re out with colleagues, having fun with friends or out on date night, 2-4-1 cocktails in Leeds won’t just save you money, they’ll lubricate the evening perfectly. These are the drinking destinations that know there’s no such thing as too many mojitos, martinis or margaritas! 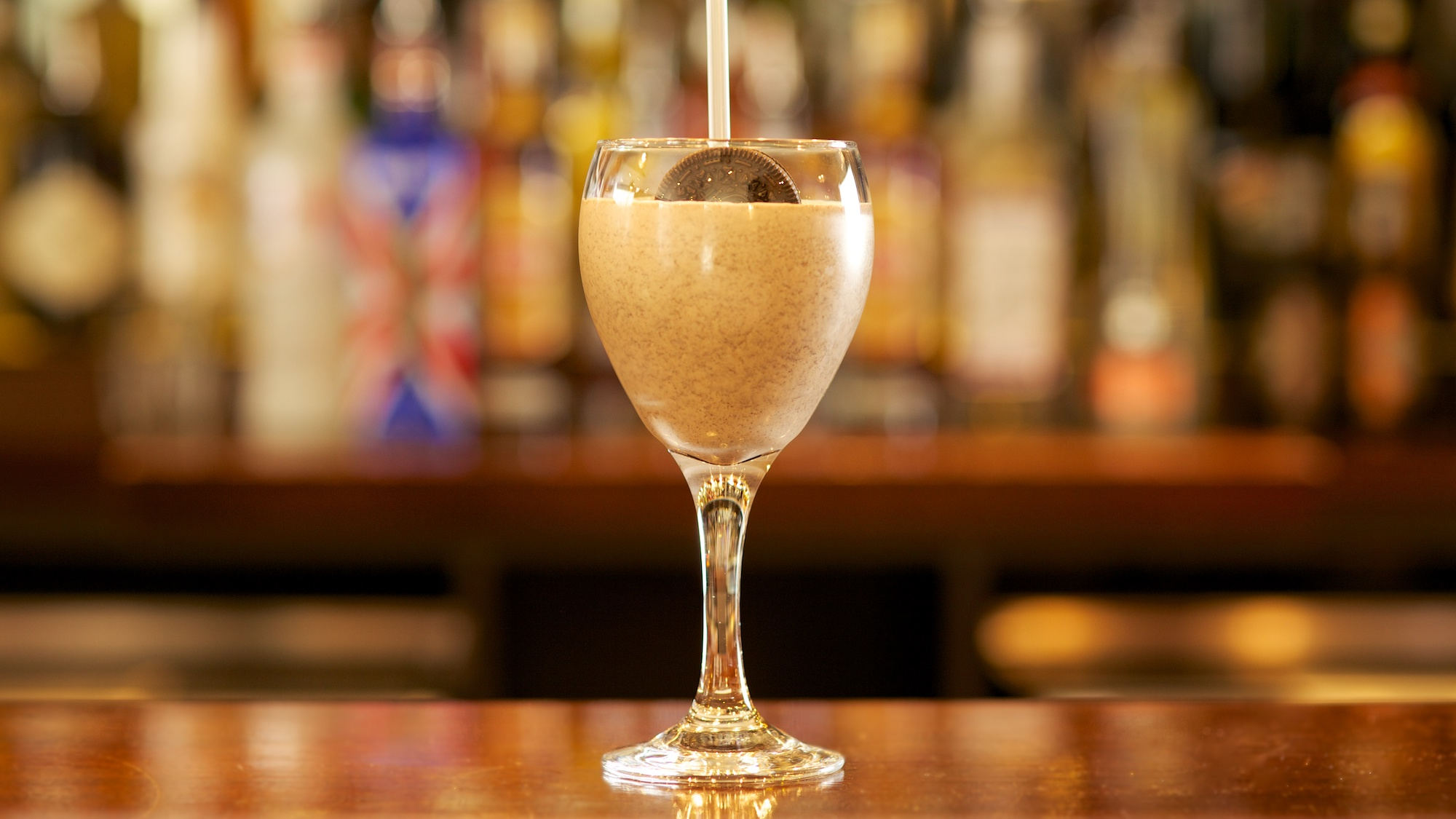 Be at One is all about the mixed drinks, and not only can you get 2-4-1 cocktails here, you can get them at both Leeds outposts. Happy hour is from 3pm on Millennium Square and 4.30pm on Boar Lane to 8pm Monday to Thursday and both venues run it even longer at the weekend – 12pm to 7pm on Friday, 12pm to 6pm on Saturday and 12pm to 8pm on Sunday. That’s a lot of cocktail time, giving you plenty of time to explore their massive menu. Do you start with a Flamingo Fizz or a Shaky Pete’s with both gin and pale ale? 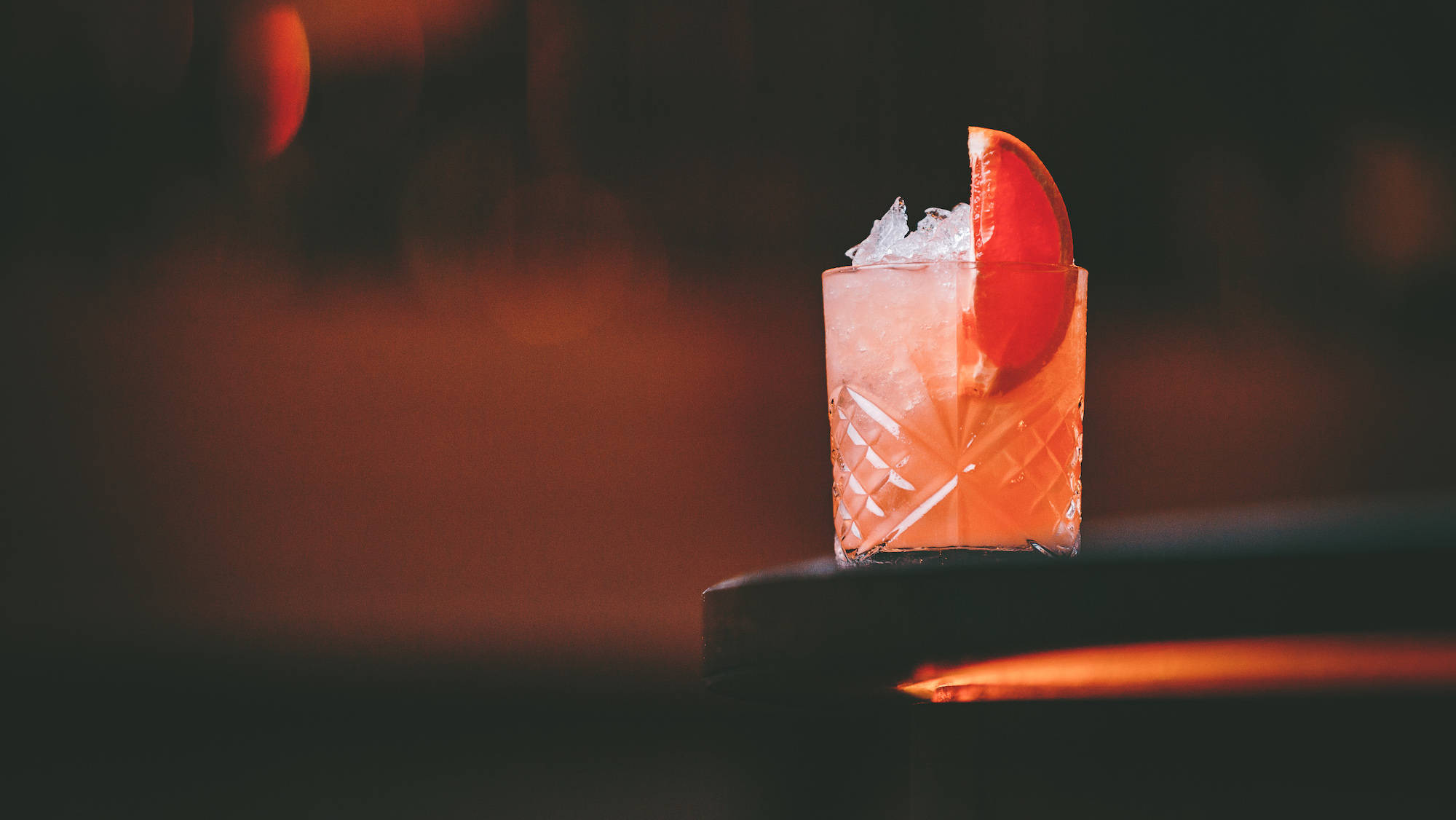 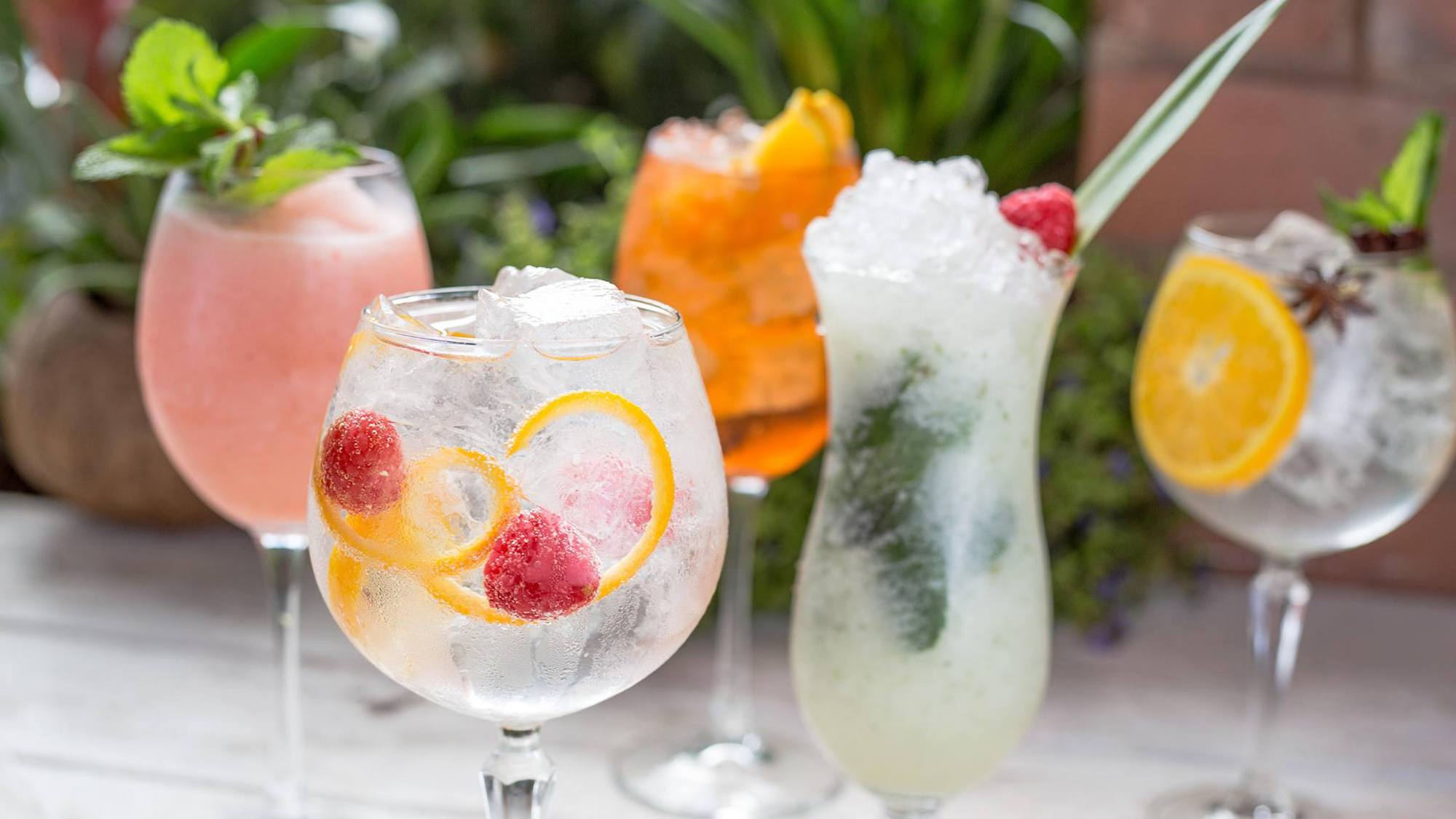 You can get into the Cuban spirit with some, erm, Cuban spirits at the raucous Revolución de Cuba. Happy hour runs from 3pm to 7pm Monday to Friday and brings you a wonderful medley of cocktails you can get two of for the price of one, perfect for some afternoon and early evening sipping. They’re a rum bunch, so get your lips around a zombie with its trio of Havana Club rums and a dash of Wray & Nephew. Not a rum fan? They also mix up a mean margarita, coconut bramble and amaretto sour. 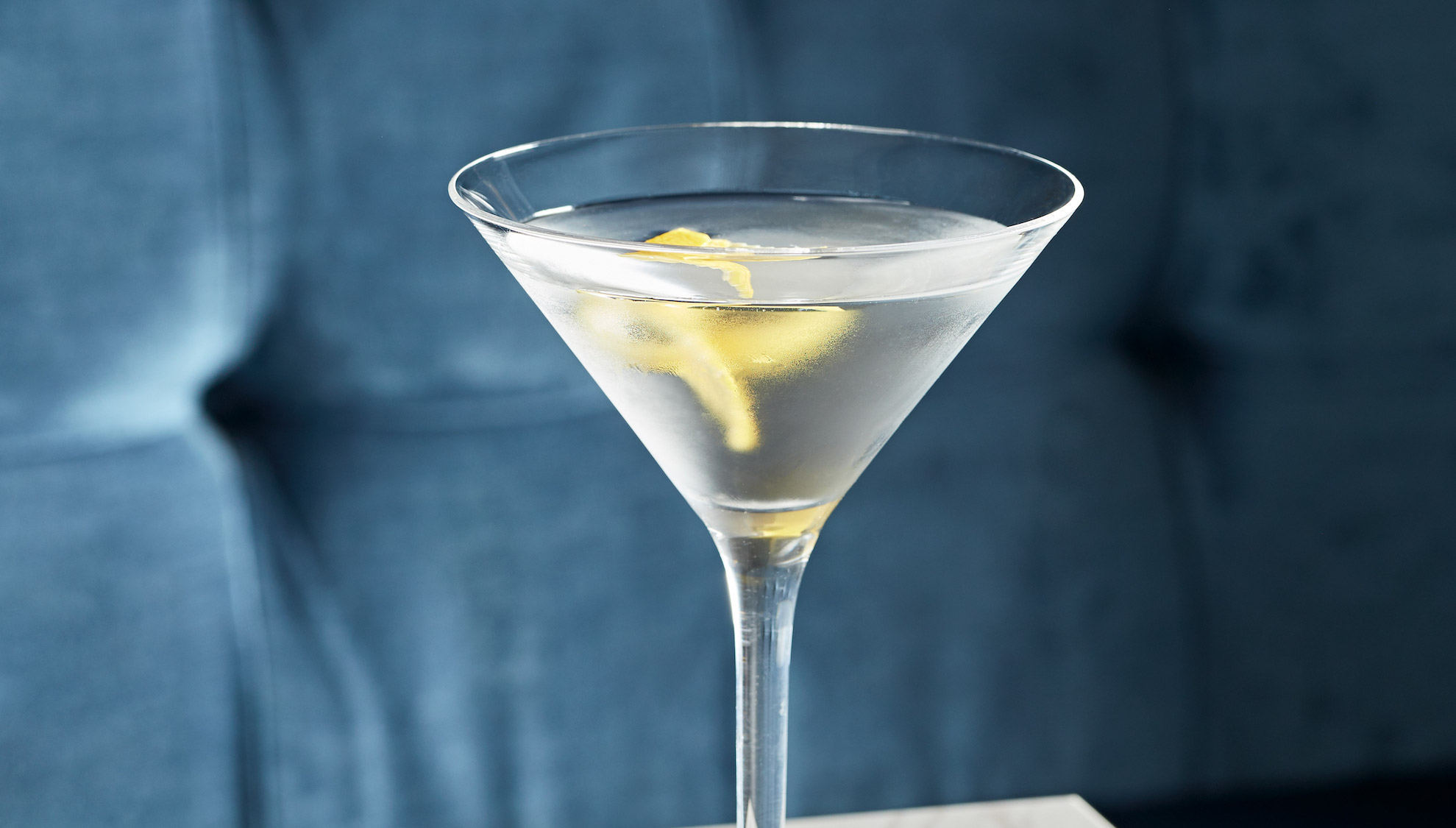 With a name like Dirty Martini, it will come as no surprise that this bar does a mean line in – you guessed it, martinis. But that’s not all that’s on offer during their daily happy hour which runs until 6pm on Saturdays and 8pm the rest of the week. During this deal, you can get a half price Cosmopolitan, Bellini or bramble, with the same offer on all their martinis – from melon & mint to espresso, passion fruit to mango & chilli. Half price, means it’s time to double up, right? Bottoms up! 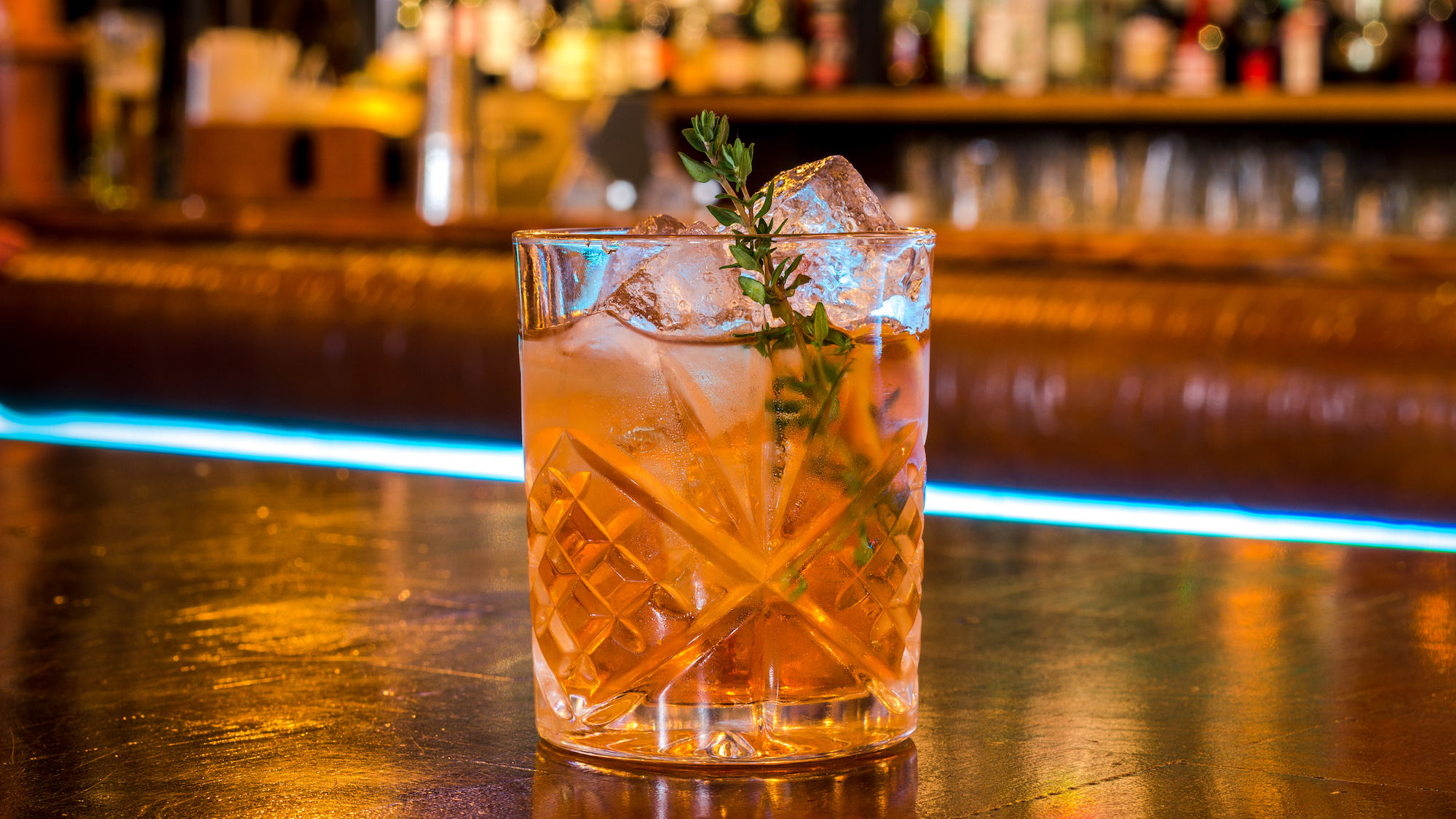 There are cheap cocktails, and then there’s 2-4-1 cocktails that really deliver on flavour. Banyan is in the latter category, dishing up double drinks all day long on City Square from Sunday to Friday and from 5pm on Saturdays, as well as all day, every day at their Horsforth and Roundhay bars. How better to get the party started than with a duo of tipples from their Party Starters menu? A pineapple and coconut mojito will whisk you to sunnier climes, while a salted caramel espresso martini is a cheeky take on a modern classic. 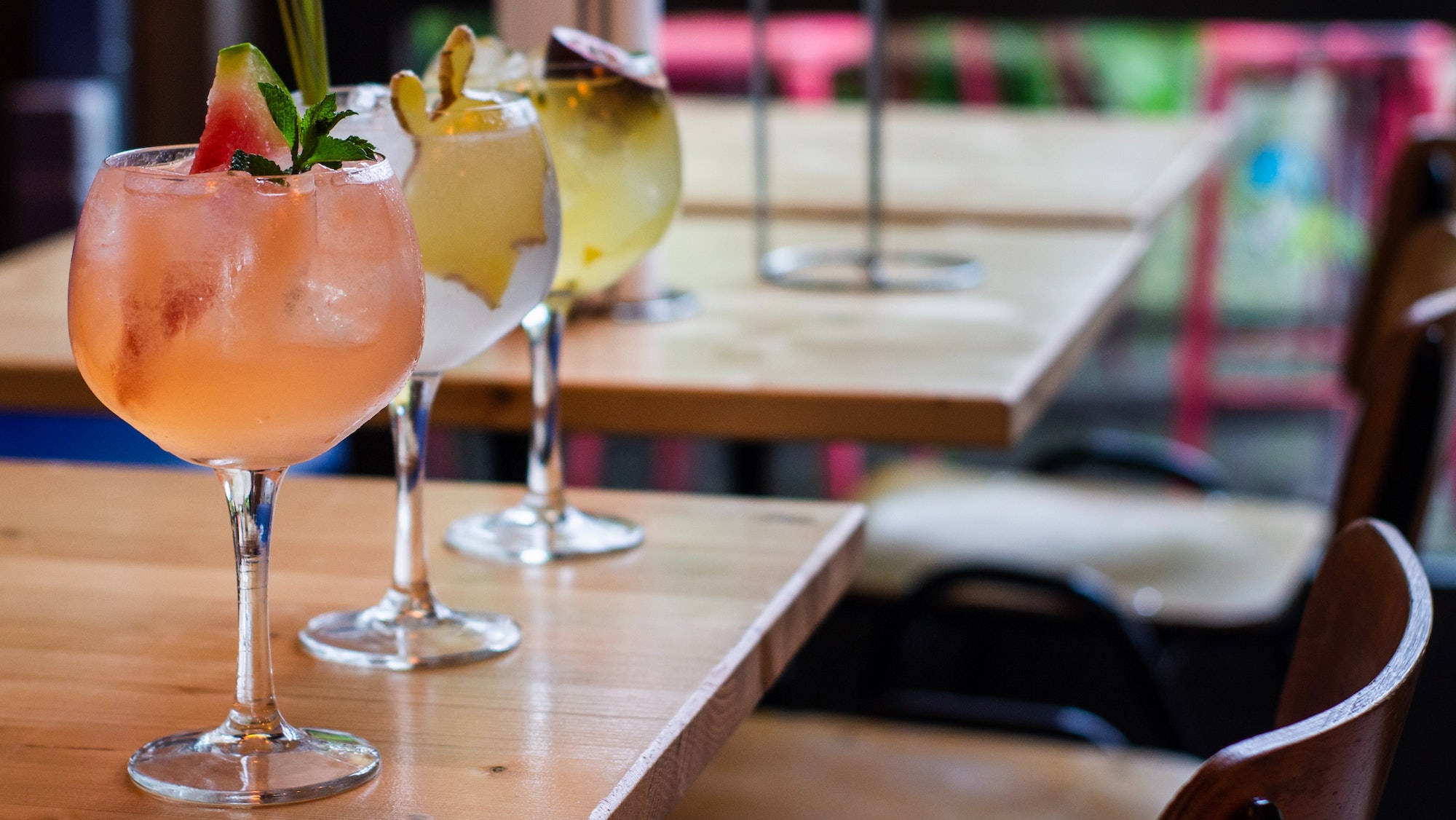 Want a happy hour that doesn’t time you out? Both Leeds branches of Slug & Lettuce have a permanent 2-4-1 cocktail deal that runs from the minute they open until the second they close – every day of the year. It almost sounds too good to be true, but it’s not. So, what are you waiting for? Get yourself to the bar and get involved with a brace of bevvies. The Raving Rainbow Vibes looks like an explosion in a paint factory, mixing Smirnoff Vodka, Midori, grenadine, passion fruit puree, Red Bull and Blue Curaçao. 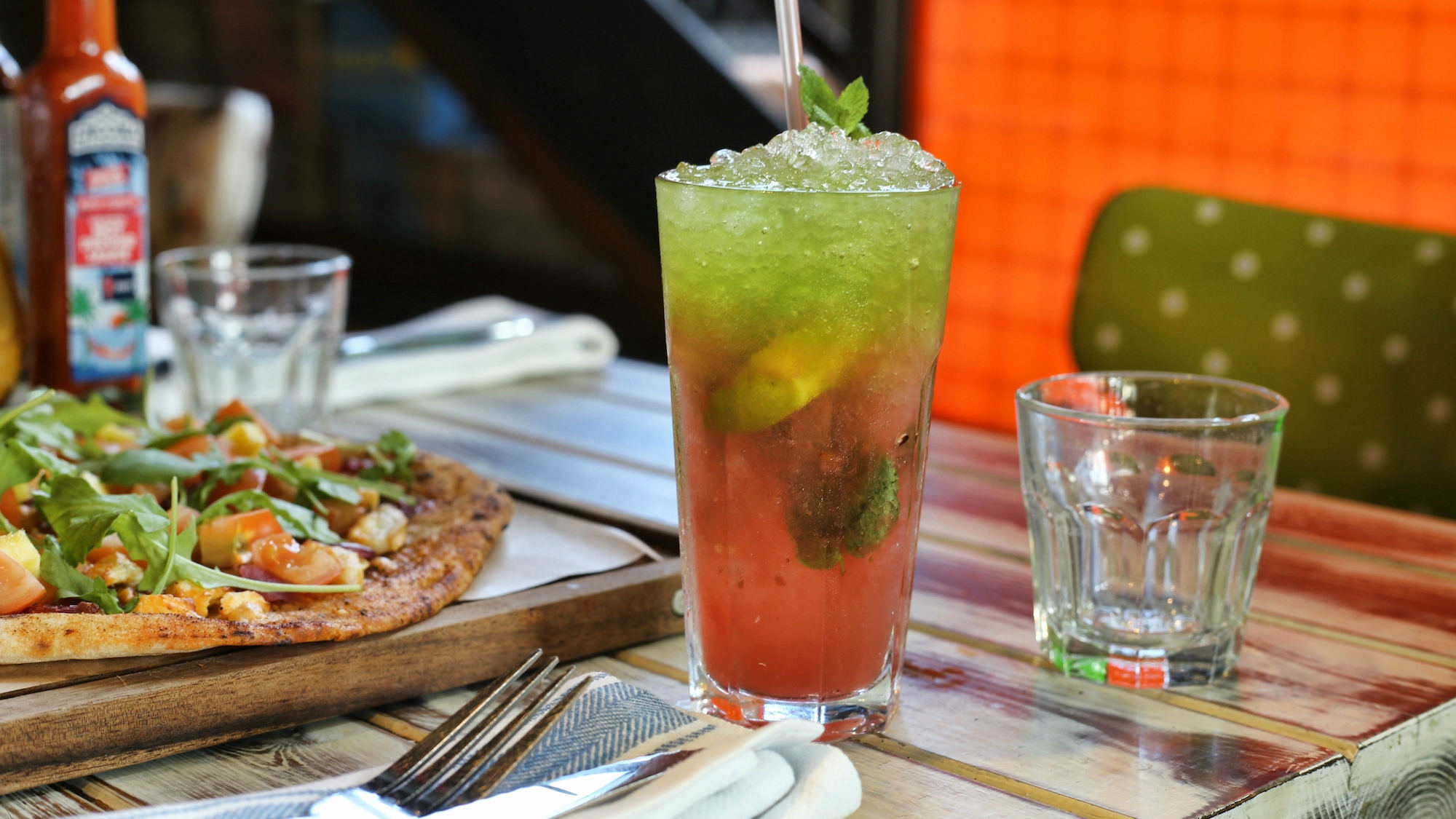 If you’re an early starter, Turtle Bay’s happy hour is the one for you. It runs from 11am to 7pm every day of the week, letting you sip on 2-4-1 cocktails and mocktails in their Caribbean-inspired home. It then takes a brief break over teatime and comes back for a late night run from 10pm on Fridays and Saturdays, 9.30pm the rest of the week. The Kingston Solero is a turbo-charged homage to the ice lolly, adding white rum to coconut milk, mango, passion fruit and vanilla – delicious! 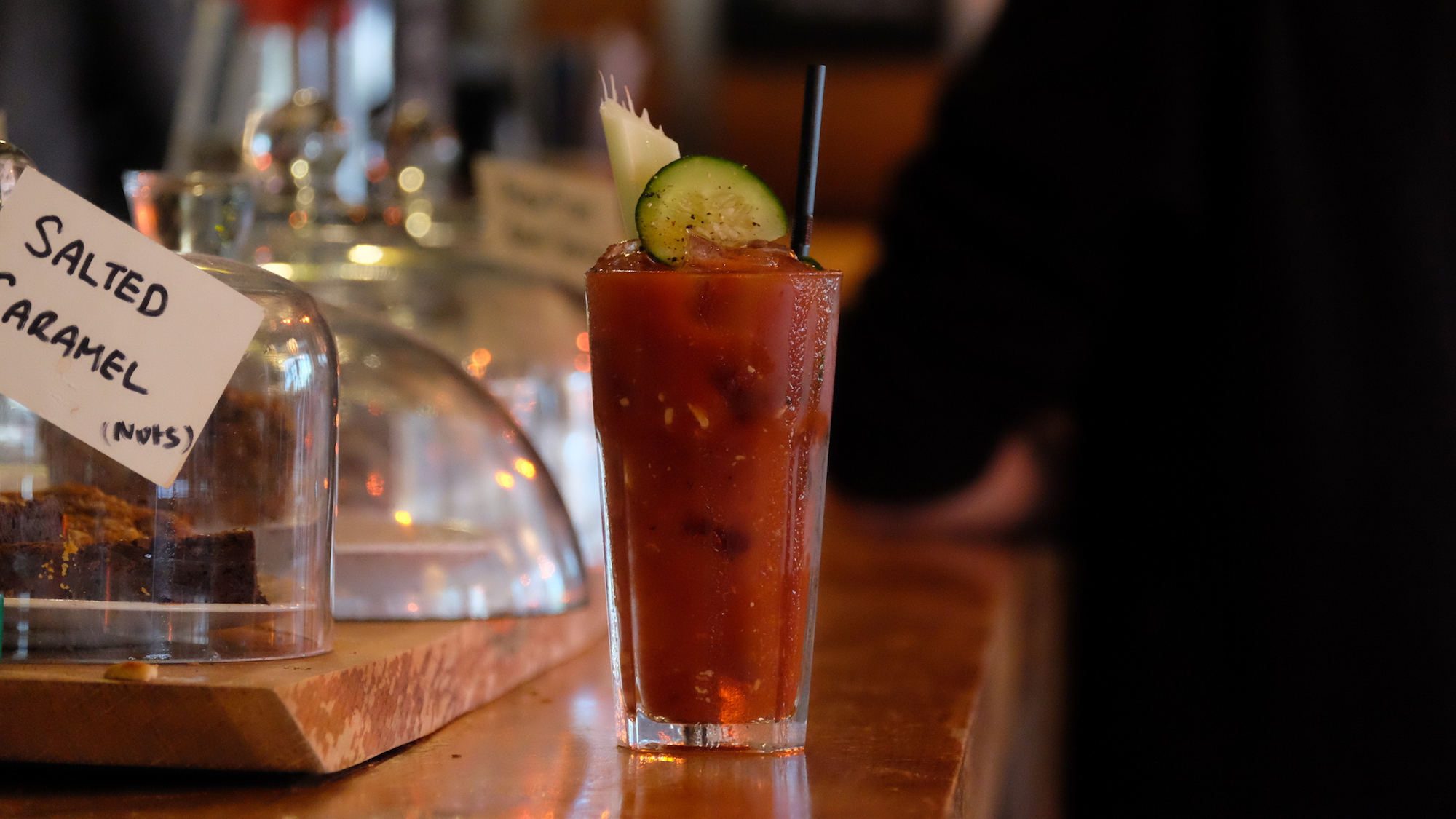 One of the coolest places not just on this list, but in Leeds, Outlaws Yacht Club is a place that can sell you vinyl, give you a haircut and feed you royally. The 2-4-1 cocktails are just the icing on an extremely delicious cake. They’re available from 5pm to 9pm every Wednesday, with original concoctions such as the Jammy Rodger – a zingy blend of spiced rum, coconut, pineapple, blackcurrant and lime. Nursing a weekend hangover? They do 2-4-1 Bloody Marys every Sunday and they’re the ultimate cure! 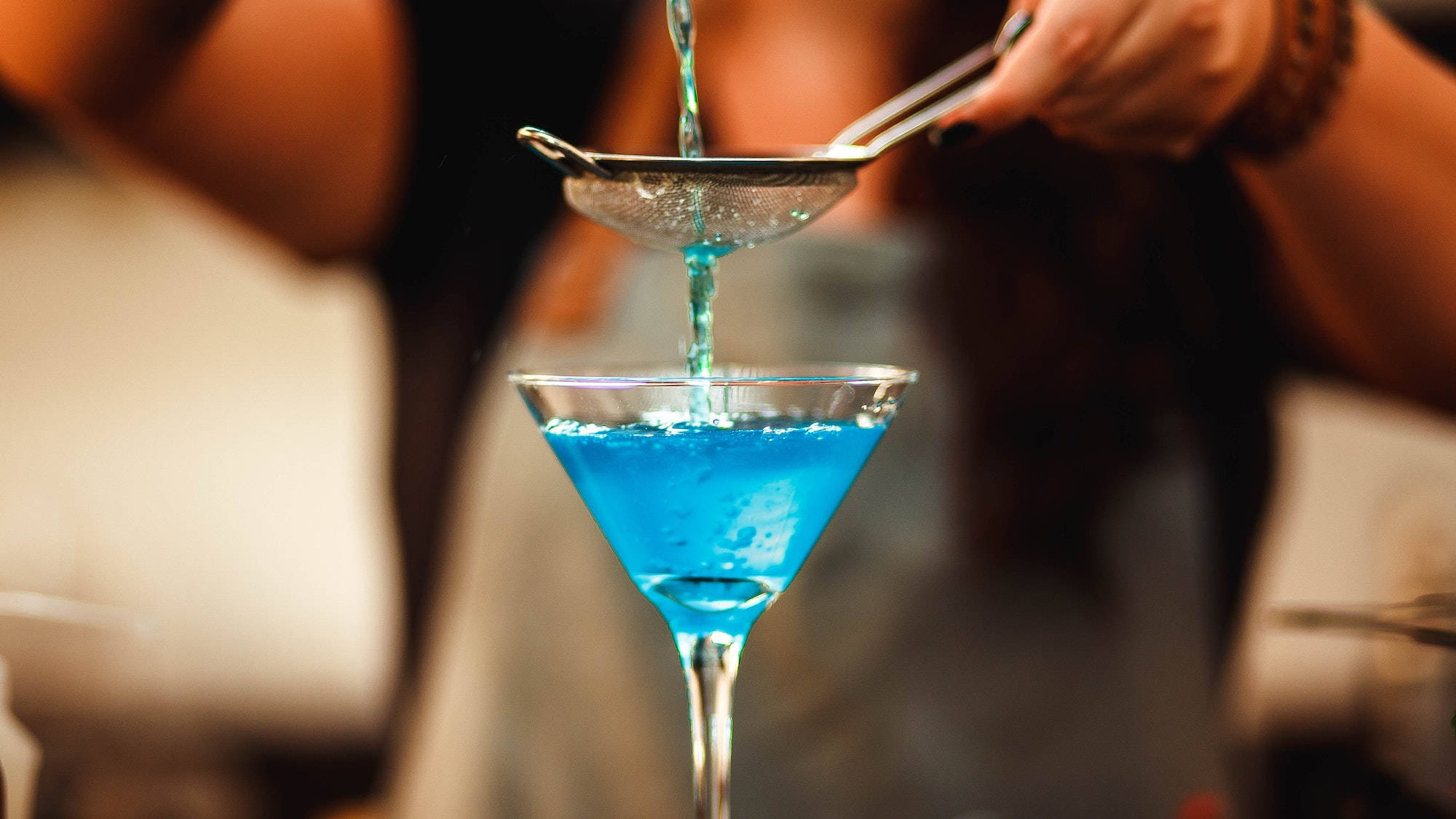 They say fibre is an essential part of any balanced diet – so let’s just assume they’re talking about the 2-4-1 cocktails you can quaff at Fibre in Leeds all night long, from Sunday to Thursday. Out on Friday or Saturday? The same deal runs until 5pm both evenings to get your weekend fun off to a flyer. Signature cocktails you have to try include the Espresso Naranja, with Ketel Oranje Vodka, espresso and Kahlua, and the Haig Peach Spritz marrying premium whisky with Archers Schnapps and tonic. 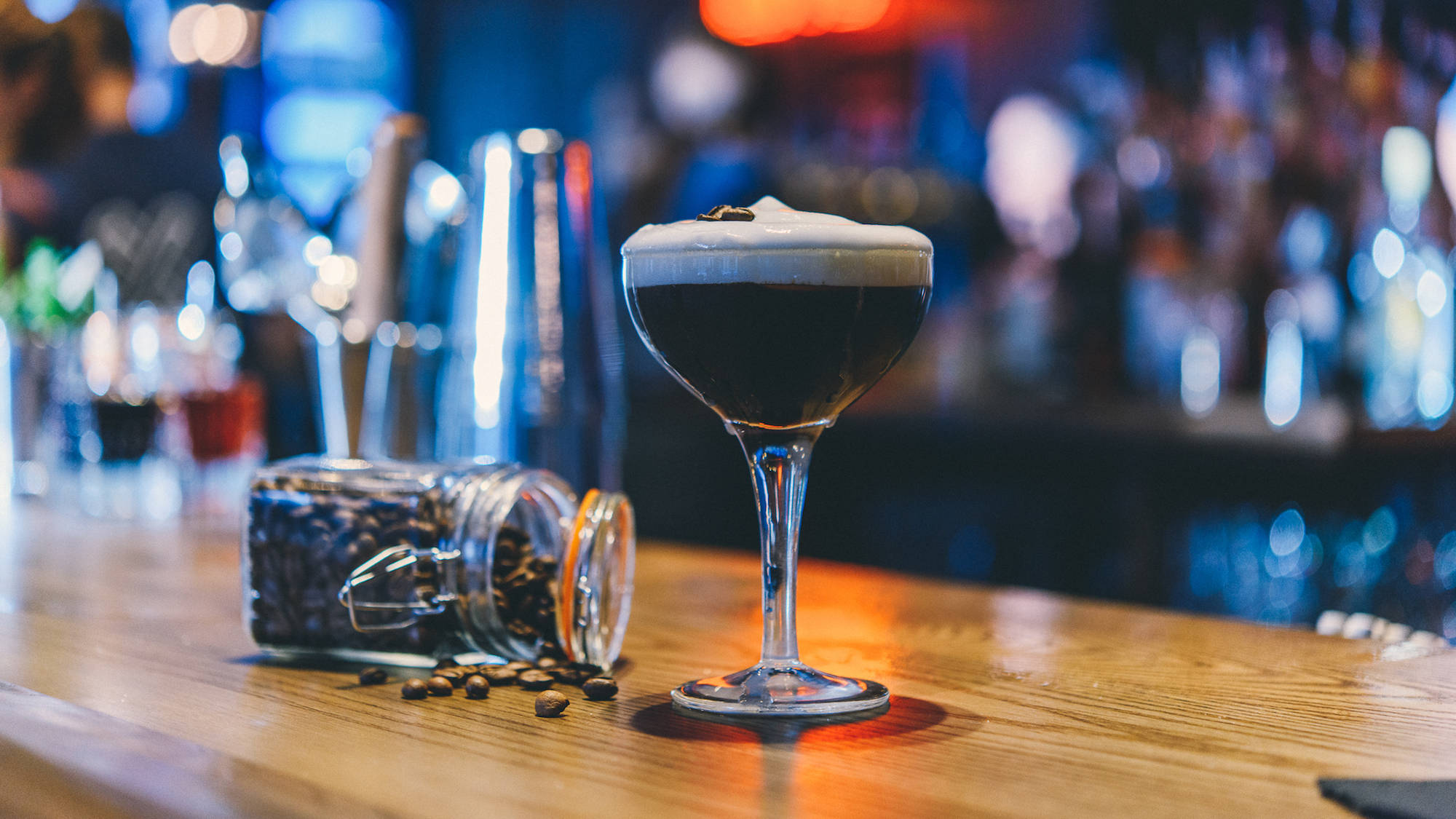 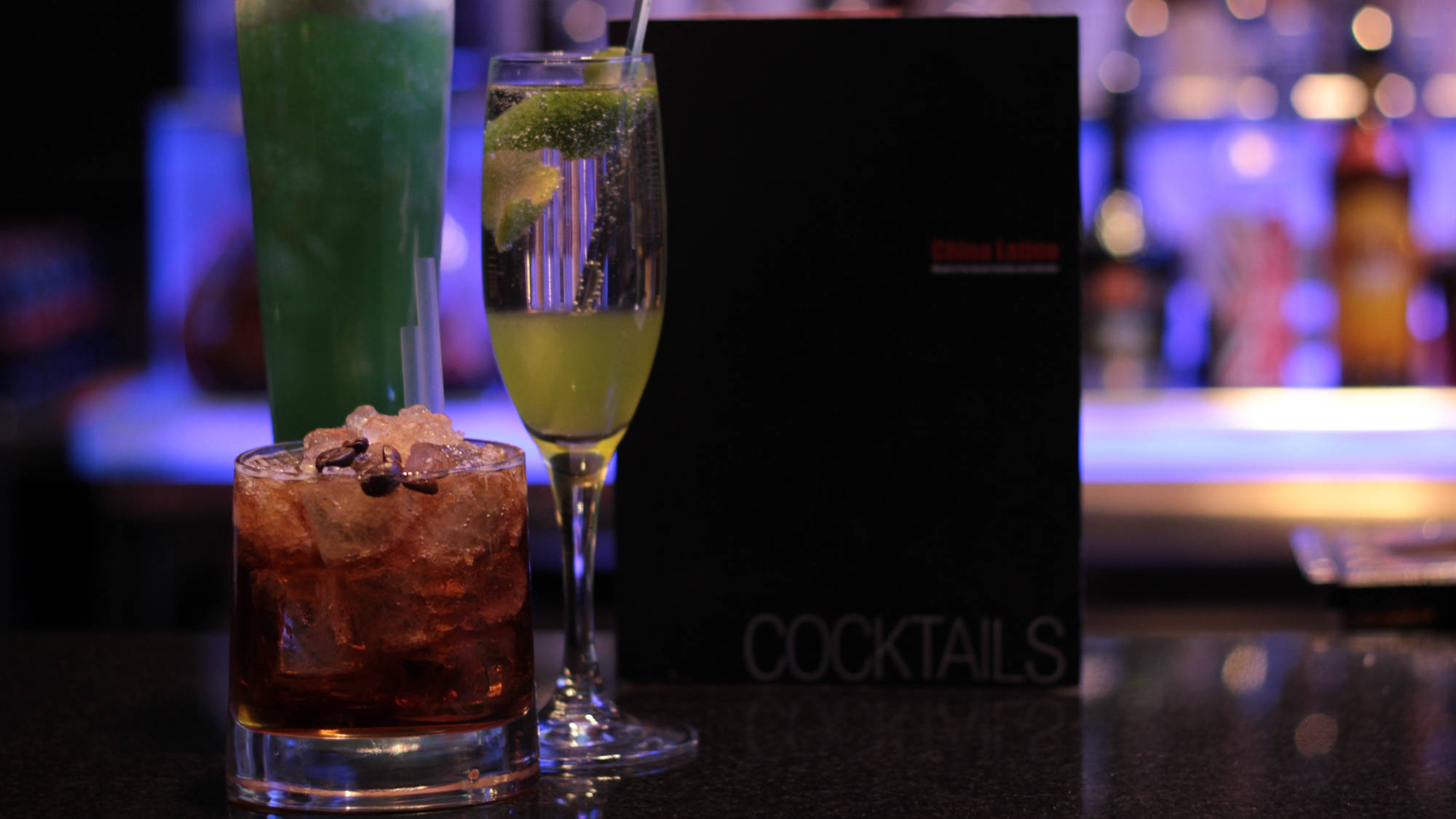 It’s only open on Fridays and Saturdays at the moment, but the good news is that there are 2-4-1 cocktails available on both of these nights, from 5pm to 8pm, at Chino Latino. Result! Kick off your evening at this incredibly central Boar Lane staple opposite Leeds Station with a Dragonfly – Absolut Vanilla Vodka muddled with lychees and fresh lime then given a kick by red chillies. A Hazelnut Alexander is altogether more soothing, Martell VS Cognac mixed with Frangelico and tempered with cream. 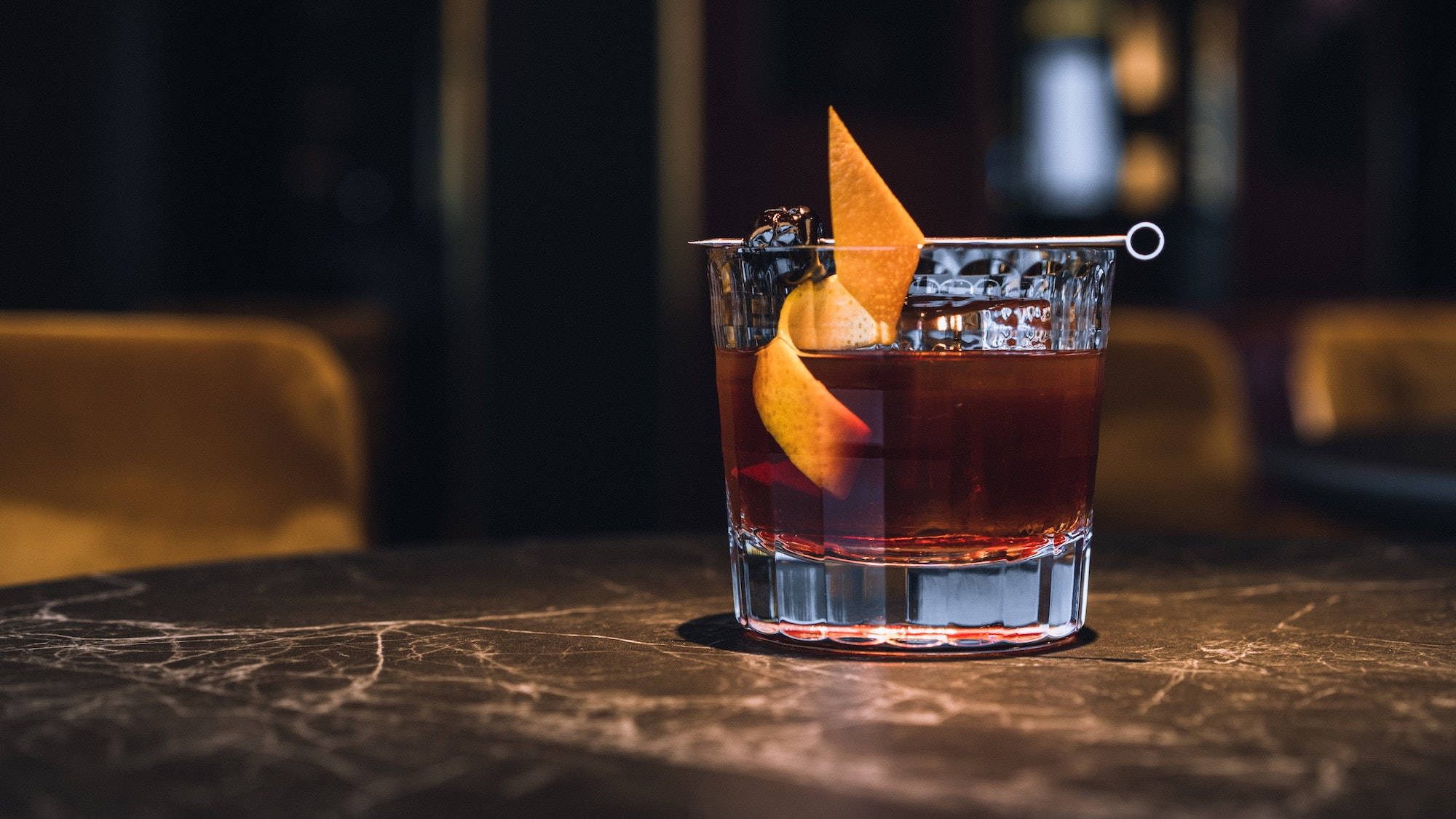 It might be a whisky bar with a rock ’n’ roll edge, but The Shed is also one of the best kept secrets of the Leeds cocktail scene. They’ve got a massive menu of established classics alongside their own creations, and you can get two for the price of one every single Thursday, all night. The refreshingly fruity Moulin Rouge is a must, Absolut Raspberri blended with Chambord, Apple Schnapps, fruit juices and fresh raspberries. Want to go for what you know? Their White Russian is superb. 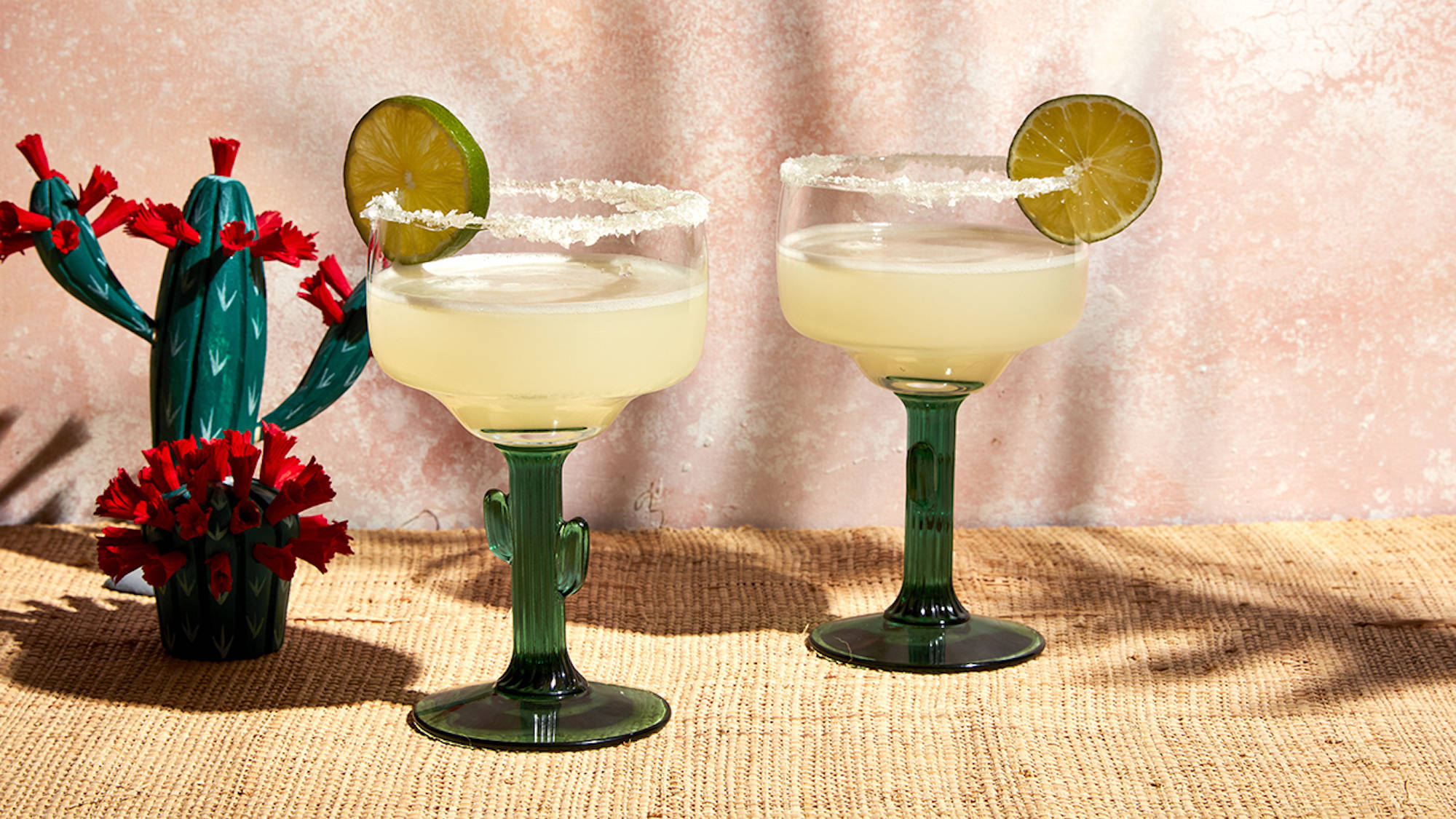