Take a look at how much Leeds has changed over the past 10 years. 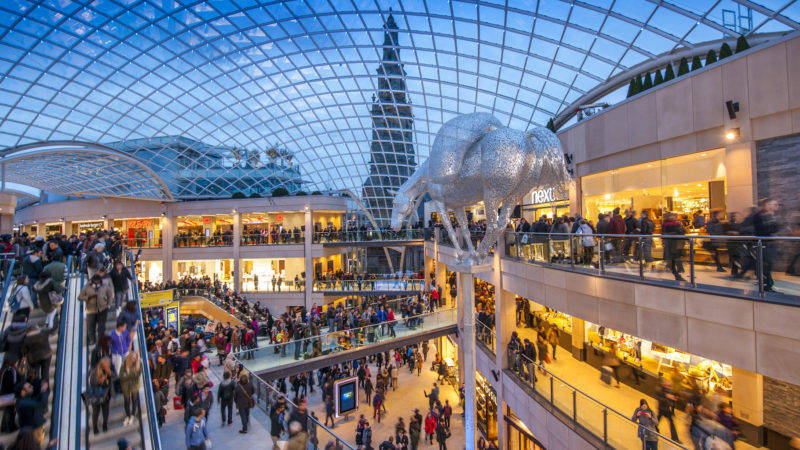 What a difference a decade makes, especially in Leeds – the city has seen plenty of changes over the past 10 years.

Leeds in 2008 compared to Leeds in 2018 is like you’re looking at two different cities. Back then a lot was needed to see Leeds become a destination city once again, and while there’s still plenty of room for improvement, the past decade has seen us reach some major landmarks – we’re talking Michelin stars, massive arenas and shiny new shopping centres.

For years, Leeds was bereft of a top class entertainment venue. When the Queen’s Hall shut down in the 1980s, the city struggled to attract the big names when they toured the UK, bar for one-offs at Millennium Square, Roundhay Park and Elland Road. Enter First Direct Arena in July 2013 – it has seen the likes of Prince, Bruce Springsteen, Dolly Parton, Pearl Jam and Eagles play since, putting Leeds firmly on the musical map.

By the 2000s, Leeds city centre was stuck in the past, with only the Victoria Quarter and the arcades really offering something to make the city a retail destination. After years of uncertainty and the impact of the economic recession, Trinity Leeds transformed the high street in 2013. It’s brought big-name arrivals like Everyman and Apple together with longstanding favourites like M&S and Topshop.

2005 saw Leeds lose the sole Michelin star it had when Pool Court closed down, but just over a decade later, we’ve got it back. It’s down to the ingenuity of Michael O’Hare at his Vicar Lane restaurant, The Man Behind The Curtain. He sources the finest ingredients to create an innovative tasting menu like nothing you’ve seen before, with dishes like the foie gras donut, ox cheek rossini and langoustine tartare.

After considerable success as a shopping centre in the 1990s, Granary Wharf was on its last legs by 2006. The shops had closed and the old Blank Canvas had put on its last shows. Today, it couldn’t be more different. Since 2009, new buildings have popped up, housing flats, offices, bars and restaurants. The likes of Craft Asylum, The Hop, Fazenda, SkyLounge and La Casita make it one of the city’s finest food and drink destinations.

The largest BID outside the capital

As a city, Leeds has never shouted about itself, but if we wanted to achieve our potential, that had to change – and so, Leeds BID was voted for by city’s businesses and endorsed by the public sector. They created a unified vision for the city’s future and they’re already on their way to making it happen. From cleaning up the streets to improving the Leeds welcome and bringing the world’s attention to Leeds with events like the ARIAS, the MOBOs and Leeds International Festival, we’re moving from well-kept secret to European destination.

A decade ago, Leeds Station didn’t have a southern entrance, but believe it or not, if you go back another 10 years before that, it did. Fast forward to 2018, and it’s got one again, as the new entrance opened in 2016 just by Granary Wharf. It’s a huge step for the regeneration of the South Bank and it’s already making a difference to commuters. 100,000 people pass through the station every day and 20,000 now save up to 50 minutes on their weekly commute.

Back in 2007, Leeds Corn Exchange was in a spot of trouble. The iconic building, designed by Cuthbert Brodrick, became an independent hub in the 90s. But when Zurich Financial Services took over in 2005, they decided to turn the struggling venture into a food court with Anthony’s taking centre stage downstairs. That didn’t work out, so it returned to its original purpose, as a hub for the city’s independents – the recovery was a slow one, but it’s now jam-packed with indies and has a bright future ahead of it.

An abundance of street food

The food and drink scene in Leeds has shifted massively in the past decade. Although there was plenty of choice 10 years ago, Leeds now finds itself at the heart of the street food movement that has taken over the UK. Trinity Kitchen brings six new vendors every eight weeks and you’ve got a plethora of events to choose from, including Belgrave Feast, Eat North and Leeds Indie Food Festival. Alongside our thriving independent food scene, it’s made Leeds a foodie destination to watch.

Once the hub of Yorkshire’s industrial power, Leeds’ South Bank was in considerable decline for decades. That’s all changed now though, as the area has become a key focus for city centre regeneration, with Holbeck Urban Village, Leeds Dock and the surrounding areas all changing massively. Old industrial buildings have been repurposed, creating a hub for Leeds’ thriving digital industries, as well as a host of residential and office buildings that hold the likes of ASDA, DWF and Ernst and Young. There are exciting plans ahead too, with developments in the pipeline at Tower Works, Victoria Works and Doncaster Monkbridge.

A new shopping centre to match our historic arcades

In 2008, Victoria Gate was in its first stages of planning, but a decade on, it’s helped us become the third best place to shop outside of London. The £165 million shopping centre has brought some of the biggest and most exclusive brands to Leeds, many of which have never been here before. We’re talking Cos, & Other Stories, Aspinal and Tommy Hilfiger, to name but a few. There’s more – it’s also home to North’s flagship John Lewis store, the North’s only super casino and a medley of quality bars and restaurants like Cau, Issho and East 59th.

Nowadays, it’s hard to imagine Leeds with just one craft beer bar – but back then, North Bar was flying the flag on its own. And while they continue to lead the way, with a new brewery to their name, they’re now accompanied by a host of like-minded businesses who are just as obsessed with craft beer. From breweries like Kirkstall, Leeds and Northern Monk to bars like The Brunswick, Tapped and Bundobust – if you want craft beer, Leeds is happy to oblige.