Looking for a day out? Look no further than Tropical World. 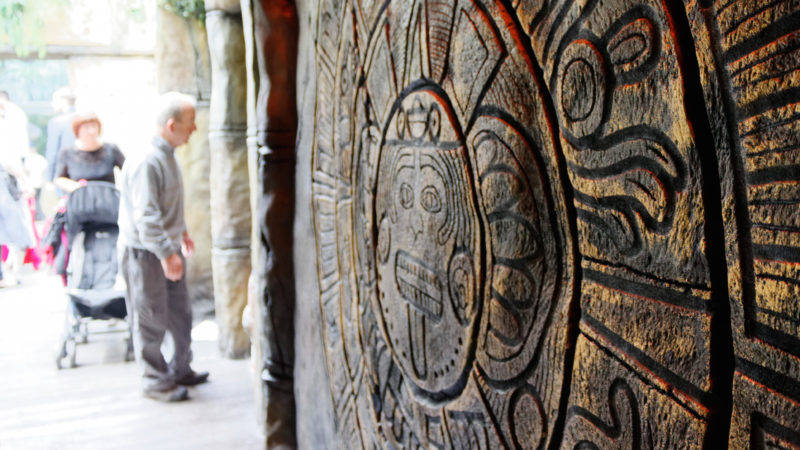 Roundhay Park is the perfect spot for a family outing, especially with Tropical World right on its doorstep – but what awaits inside?

Filled with tropical creatures, from creepy crawlies to fish, reptiles, birds and even a host of mammals, Tropical World has loads to offer the little ones. So even if the sun doesn’t come out, a trip to Roundhay Park is still an absolute must – and here’s why!

They might sound scary, but these carnivorous fish can’t do any harm when there’s a wall of glass between you, so why not take the kids to see one of the Amazon’s most terrifying creatures up close? Now that’s a story they’ll want to tell their mates about when they go back to school.

2. Discover Some Rather Unusual Frogs

You may have found a frog or two in your garden, but they’re nowhere near as impressive as the residents of Tropical World. Here you’ll find bright blue and yellow poison dart frogs – their colourful skin is a warning, telling predators to steer clear, because if they take a bite, they’ll get a dose of nasty tasting poison.

Definitely the most talked about residents of Tropical World, and probably the cutest too, this family of meerkats is saved almost until last. You’ll have to venture through the swamp and the desert before you find them, but once there you’ll be able to watch them scampering around, digging and climbing up logs.

4. Don’t Be Afraid of the Dark

The rumours are true, there are all sorts of weird and wonderful things to be found in the dark, with everything from jumping rats to bats and armadillos – and even though the sun may be shining outside, you can enter their dark world in Tropical World’s Nocturnal House.

5. Replay a Scene From Harry Potter

Remember when Harry Potter let a snake loose with his magic? We’ve all read it (and seen it), but now the kids can reenact it, because there are a whole host of snakes in Tropical World for them to test their powers on. Your little wizards probably won’t be able to make the glass disappear, but they’ll surely have fun trying.

It’s one of the first things you’ll see when you pass into Tropical World – an Indian Ornamental Tarantula (poecilotheria regalis). If you’re scared of spiders, walk on by, but if you’re not, you might be interested to know that these speedy little creatures live in a tube web and pounce on their prey as it passes by.

7. Make the Most of the Location

Well, it wouldn’t make sense to go to one of Roundhay Park’s most popular attractions without visiting the park itself. If the sun comes out to play, you’ve got 2.8 kilometres to explore. It does, of course, have its own wildlife to offer, so don’t forget to bring a little something for the ducks, and be sure to look out for the swans too.

8. Beware of the Crocodile

Perhaps you haven’t heard – Tropical World is now home to a Morelet Crocodile. It’s only young now, but when fully grown it could reach up to three metres in length. A fun factoid for you to impress the kids with – these crocodiles have a third, transparent eye-lid that lets them spot prey, even when they’re under water.

Another new addition to Tropical World is the cafe. Stop by for a spot of lunch, with everything from toasties to baked potatoes – or take advantage of their drinks menu, which could see you enjoying anything from a traditional pot of tea to a latte. Needless to say, it’s 100% family friendly, and there’s even an outdoor area for sunny days.

You’ll find some rather large fish in Tropical World’s Amazon Tank, like the Pacu (piaractus brachypomus). These mighty creatures are guaranteed to raise a chorus of oohs and ahhs from the little ones, as they watch them swimming around in their underwater world.

11. Encounter a Host of Exotic Birds

They may not be as well known as the meerkats, but the exotic birds that await in Tropical World aren’t letting it ruffle their feathers. With the red Scarlet Ibis, the blue Victorian Crowned Pigeon and the green Emerald Dove, they’re a colourful addition to the Leeds attraction that deserves more attention, especially in their beautiful habitat.

How would your little adventurers like to go in search of rare butterflies? These colourful creatures transform from caterpillars to pupa and finally butterflies, all within Tropical World’s Butterfly House – but can you find them all? From the colourful Blue Morepho Butterfly to the aptly named Owl Butterfly – it’s a ready-made game of hide and seek.

One more thing before you go, remember that Tropical World is indeed tropical, so plan your outfit accordingly – it gets pretty hot in there!