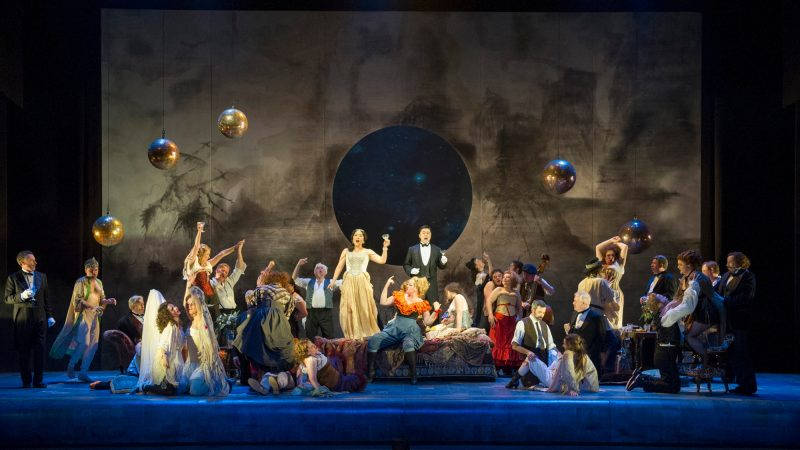 Opera North’s new production of La traviata is a dramatic and thrilling staging of Verdi’s classic tale of passion and love. Expect flamboyant costumes and music to marvel at. Get tickets to this red-hot show now.

It’s one of the all-time great operas, but that’s not the only reason you need to see Verdi’s La traviata this autumn.

It may be the most perennially popular opera in the history of the genre, but you’ve never seen a La traviata anything like Opera North are set to present this autumn. One of the undoubted highlights of their new season, Verdi’s masterpiece is given a staging that breathes fresh life into its themes of scandal, heartbreak, hypocrisy, love across boundaries and oh-so-much more. This is an absolute blockbuster packed full of big hits, raw emotion and opulent sets, so don’t miss out. 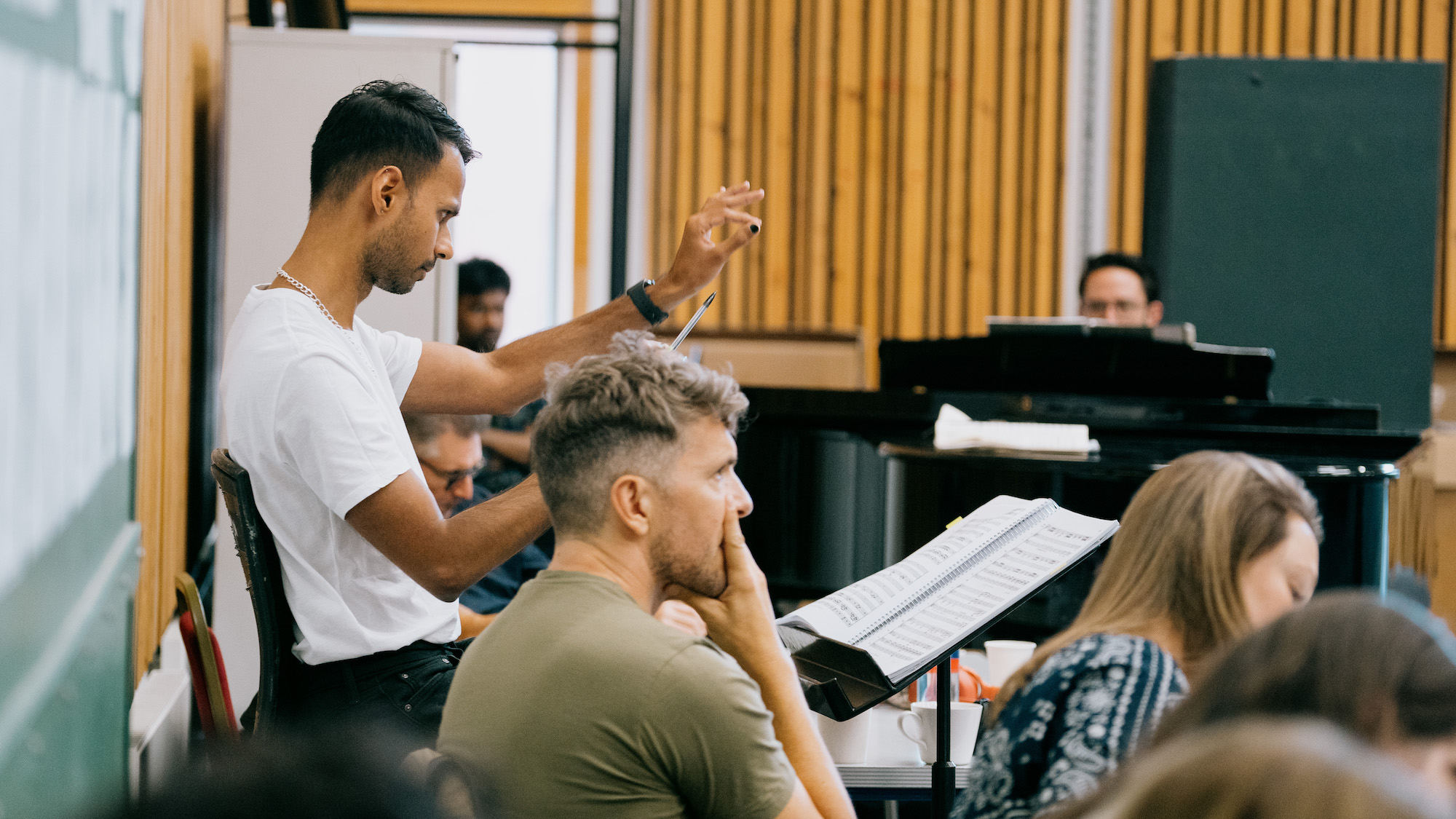 La traviata is packed with big hitters that you’ll be humming on your way out. If you’ve seen the film ‘Adventures of Priscilla, Queen of the Desert’, you’ve heard ‘Sempre Libera’ being sung by drag queen Felicia. In La traviata, it’s Violetta’s yearning song of freedom. You might also be familiar with ‘Brindisi’, which Alfredo sings in Act I. This infectious drinking toast has popped up in numerous adverts over the years, including in one for Heineken.

The plot has inspired many a movie 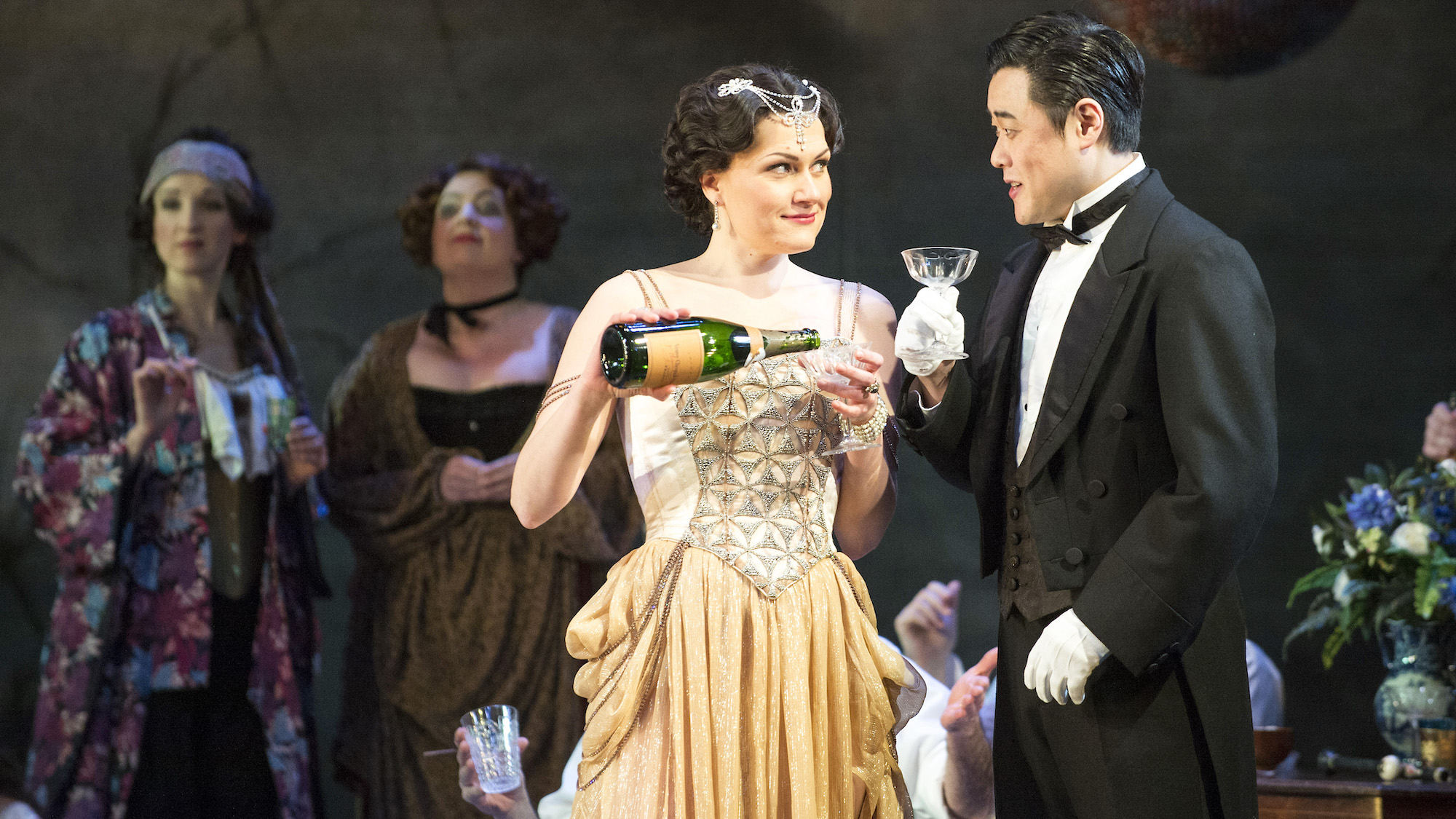 Love squaring off against the constraints of convention – it’s a timeless tale and one that has popped up in many a film with a doff of the cap to La traviata. In fact, the storyline of Pretty Woman has so many parallels with the opera that Richard Gere takes Julia Roberts to see it. Baz Luhrmann was also clearly influenced by it when putting together Moulin Rouge – take your seat and see if you can spot the connections.

It’s one of the most popular operas of all time 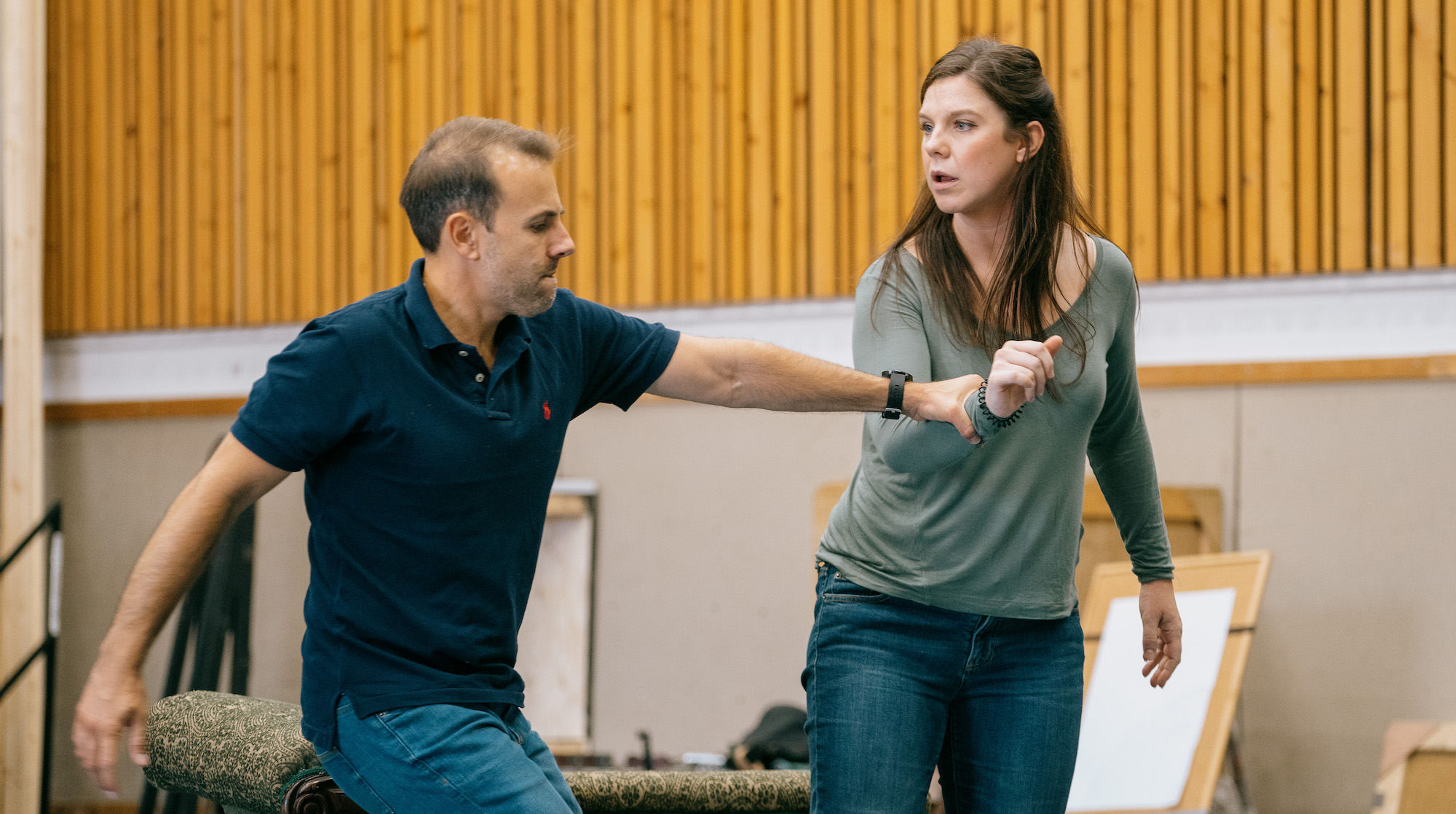 When it comes to opera, La traviata is right at the top of the list. The themes, the songs, all of them add up to an enduringly popular work that’s always a big hit. The combination of emotional music and dramatic set-pieces give it a unique power that will sweep you off your feet. Well, it would if you weren’t sitting down. As Nico Darmanin, who plays Alfredo, told us, “There are certain phrases in the music which are just pure genius, where Verdi portrays exactly what the character is feeling in that particular moment through the music.”

The design will whisk you back to a time of hedonism 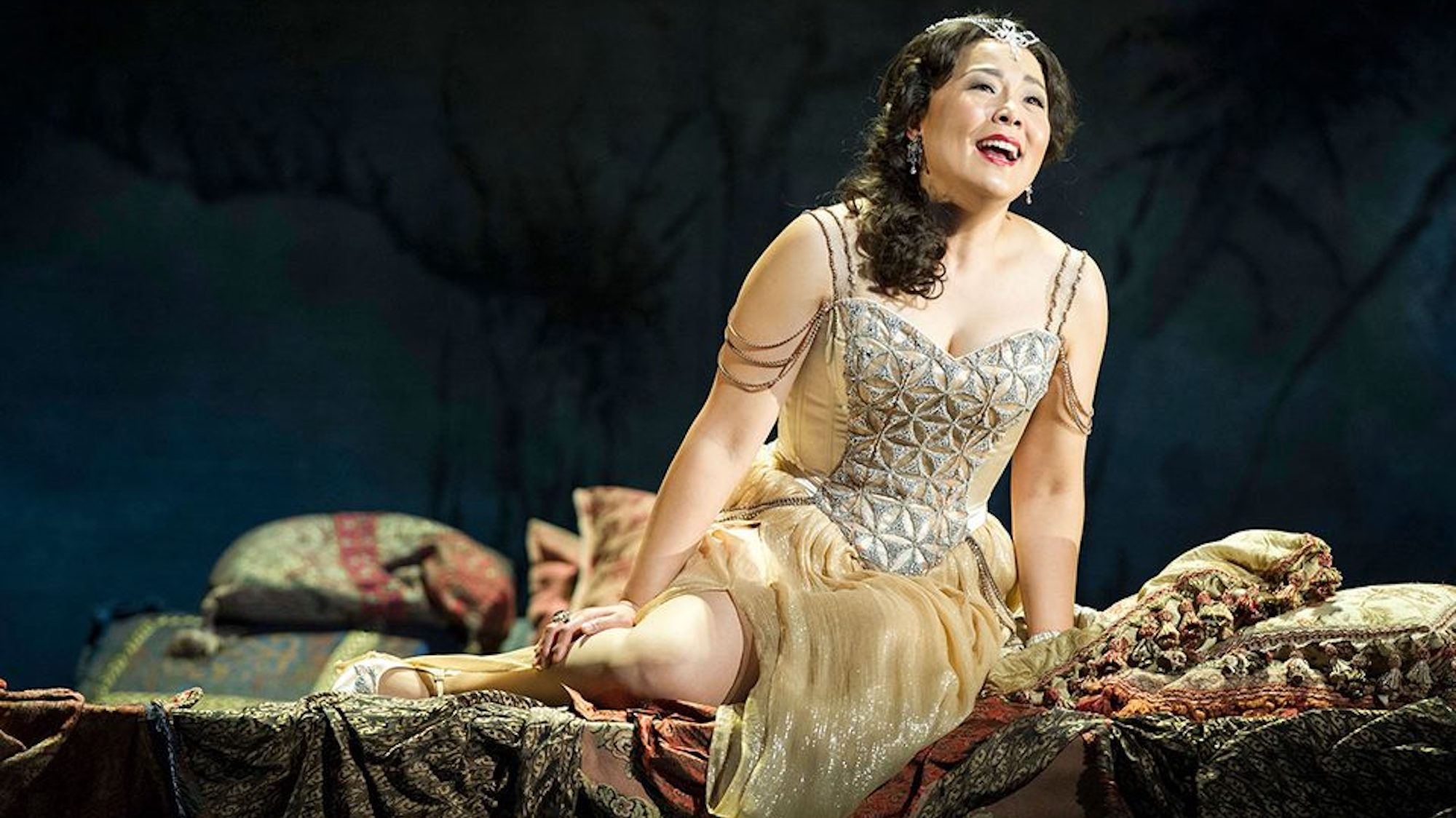 The setting in the Belle Époque era – which puts it somewhere between the early 1870s and 1914 – doesn’t just give Opera North the license to dress their cast up in delicious costumes, but to capture some of the major themes in the dress as well. Violetta is modelled on two famous courtesans of the time, La Belle Otero and Liane de Pougy, women close to the power centres of society at the time. Combined with elements of Japanese art, it lends an ethereal, dreamlike state to the staging.

The set is absolutely ingenious 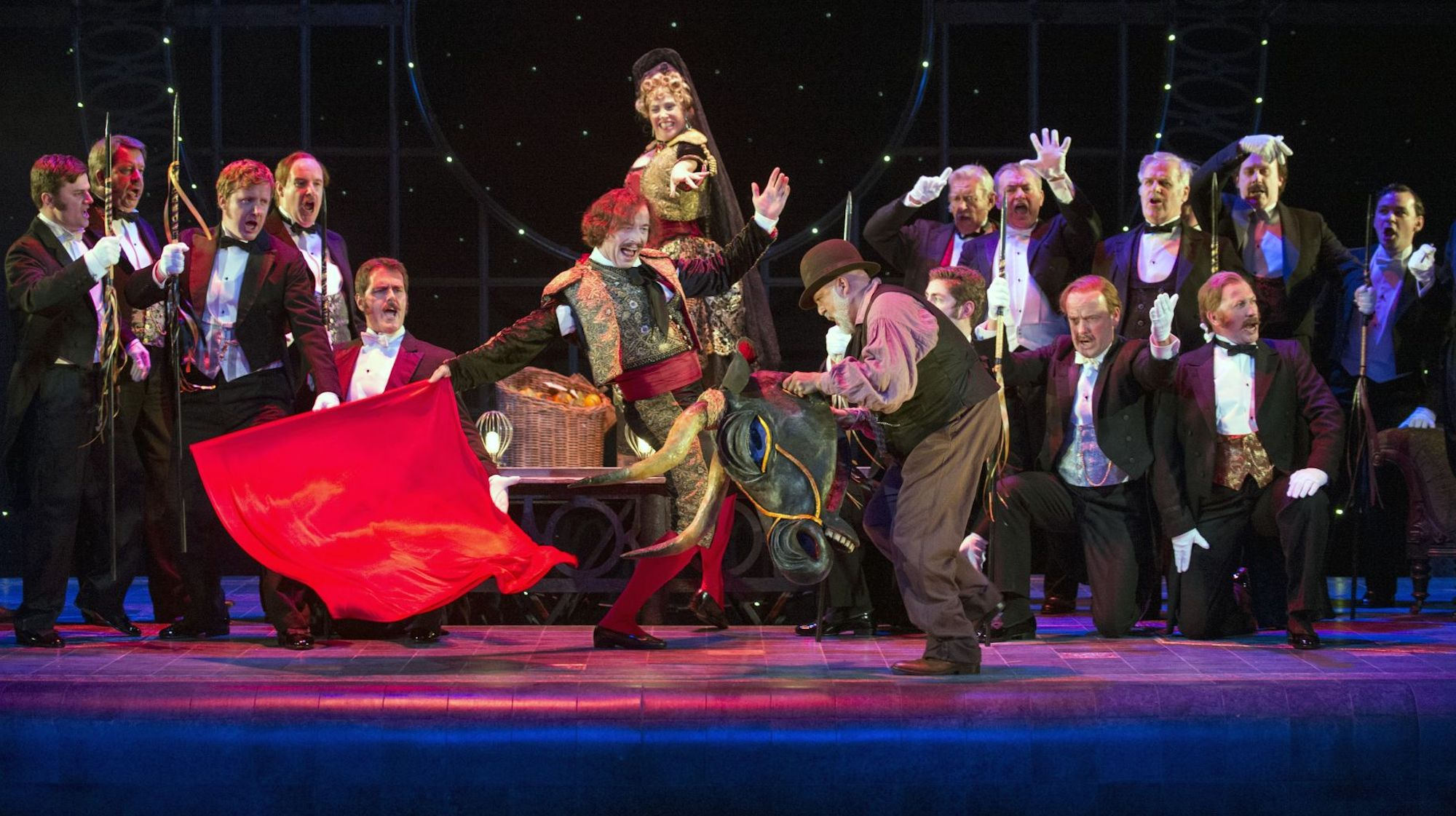 They’ve really pulled out all the stops for this staging. As Violetta’s life changes throughout the story, so does the set, but it retains her bed as a key element throughout. They’re using a geometric structure which has the bed as the focal point in Act I. Watch as it transforms into a jetty into Act II, a roulette table at Flora’s party and then, in Act III, ends up as a miserable deathbed. The set makes the contrast between Violetta’s life from Act I to Act III even more affecting.

It’s a rousing celebration of the power of true love 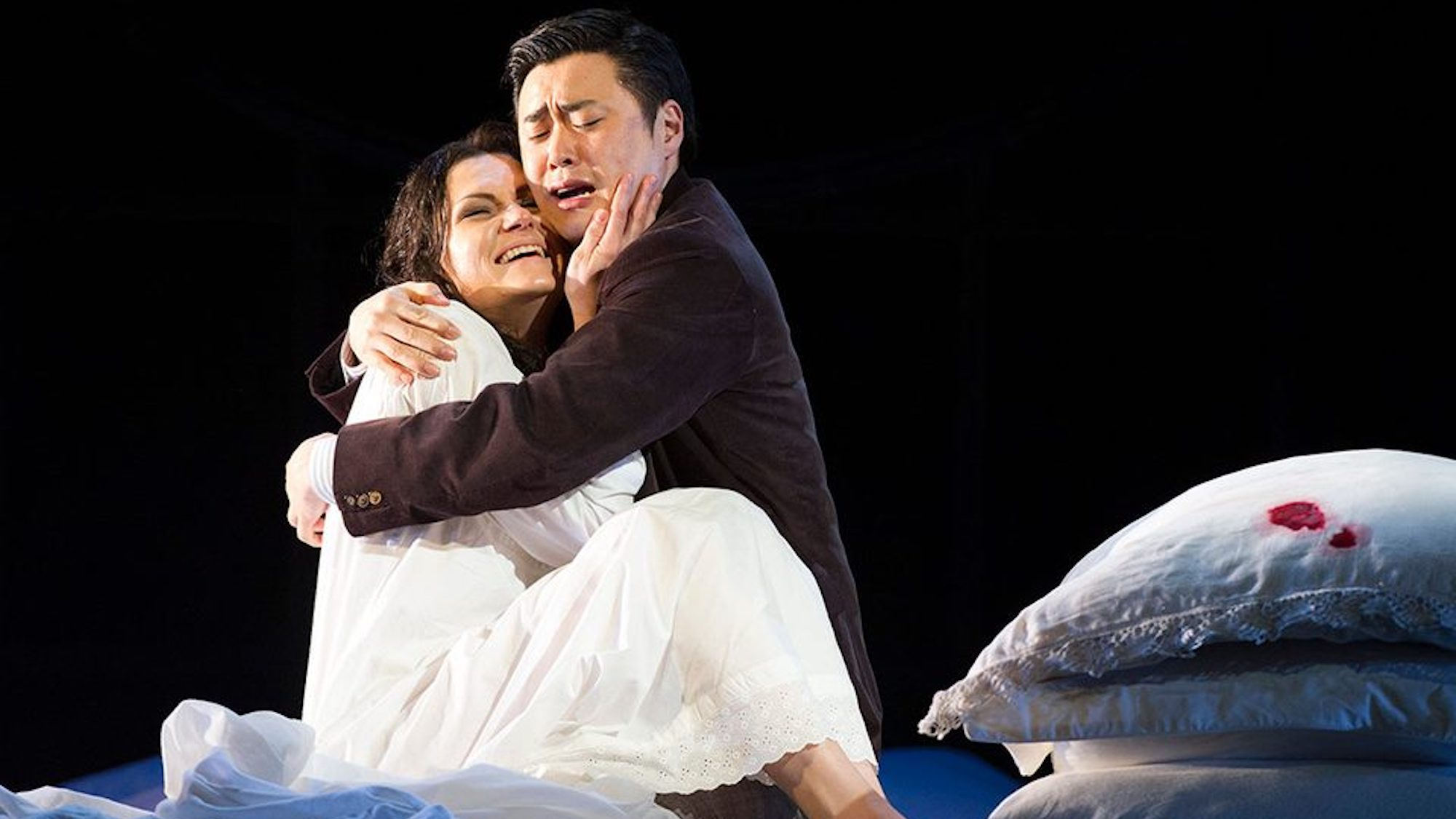 While things don’t run smoothly for the lovestruck couple of Violetta and Alfredo in La traviata, the passion in the story truly strikes home because of the obstacles that are put in their way. “One of the basic themes of the opera is true love being stronger than the pressures of society and the constraints of convention,” Alessandro Talevi, the director, said. “I think it’s also about the way parents can learn from their children. Alfredo’s father has a completely different opinion of Violetta by the end of the opera, because of her incredible generosity of spirit – she forgives him for what he has done”.

It’s an opera so scandalous it used to be censored 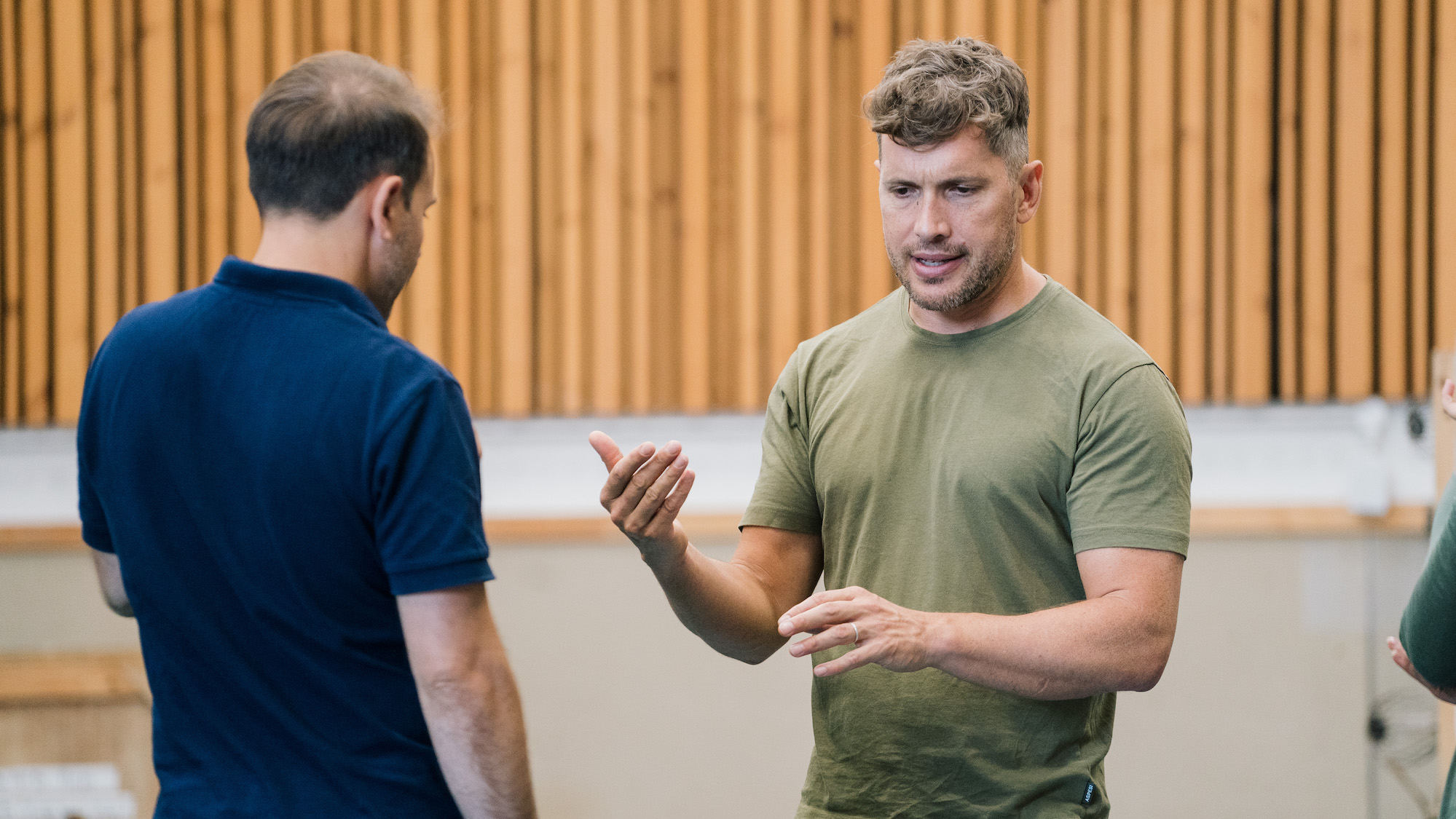 The themes of forbidden love and the central role of a courtesan in the story made the bosses at Le Fenice, the theatre where La traviata was first shown in 1853, a bit nervous. While Verdi wanted to set it in the 1850s, they insisted that it was set in the 1700s instead. This continued when it was shown in Rome – the authorities didn’t want the hypocrisy of the era to be displayed, and demanded changes to the story. Heck, it even stirred up the press when it first came to Victorian England in 1856 – The Times called it the ‘poetry of the brothel’. 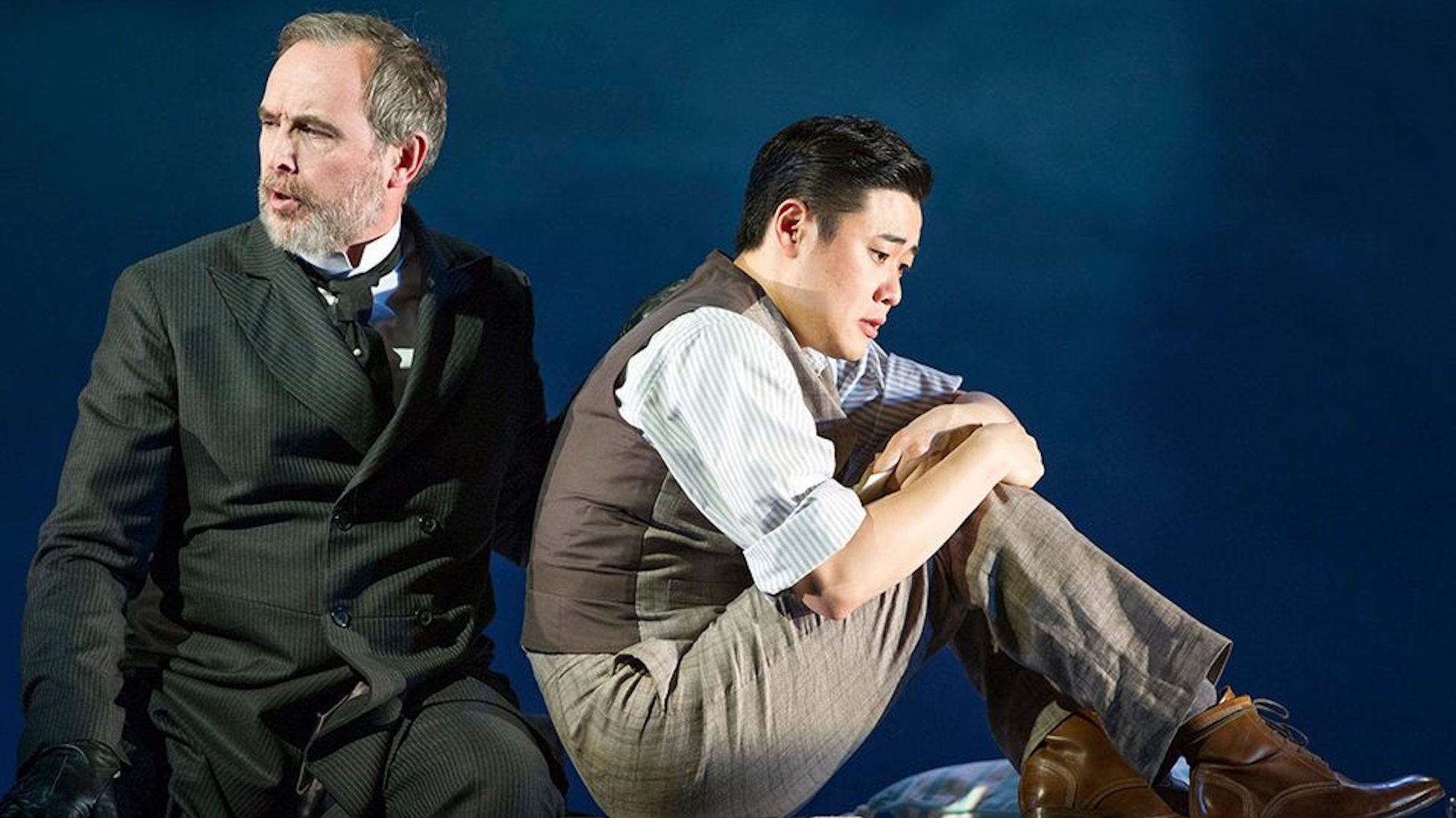 Performing opera is intense, draining and full-on, just three of the reasons that this production of La traviata has two different casts. You might get to see sopranos Alison Langer or Máire Flavin in the lead role of Violetta, while her love interest Alfredo will be played by both Oliver Johnston and Opera North debutant Nico Darmanin. This allows the singers to bring a different perspective, nuance and voice to their performance and character, even though the fundamental arc and relations are the same.

The themes are still bang up-to-date 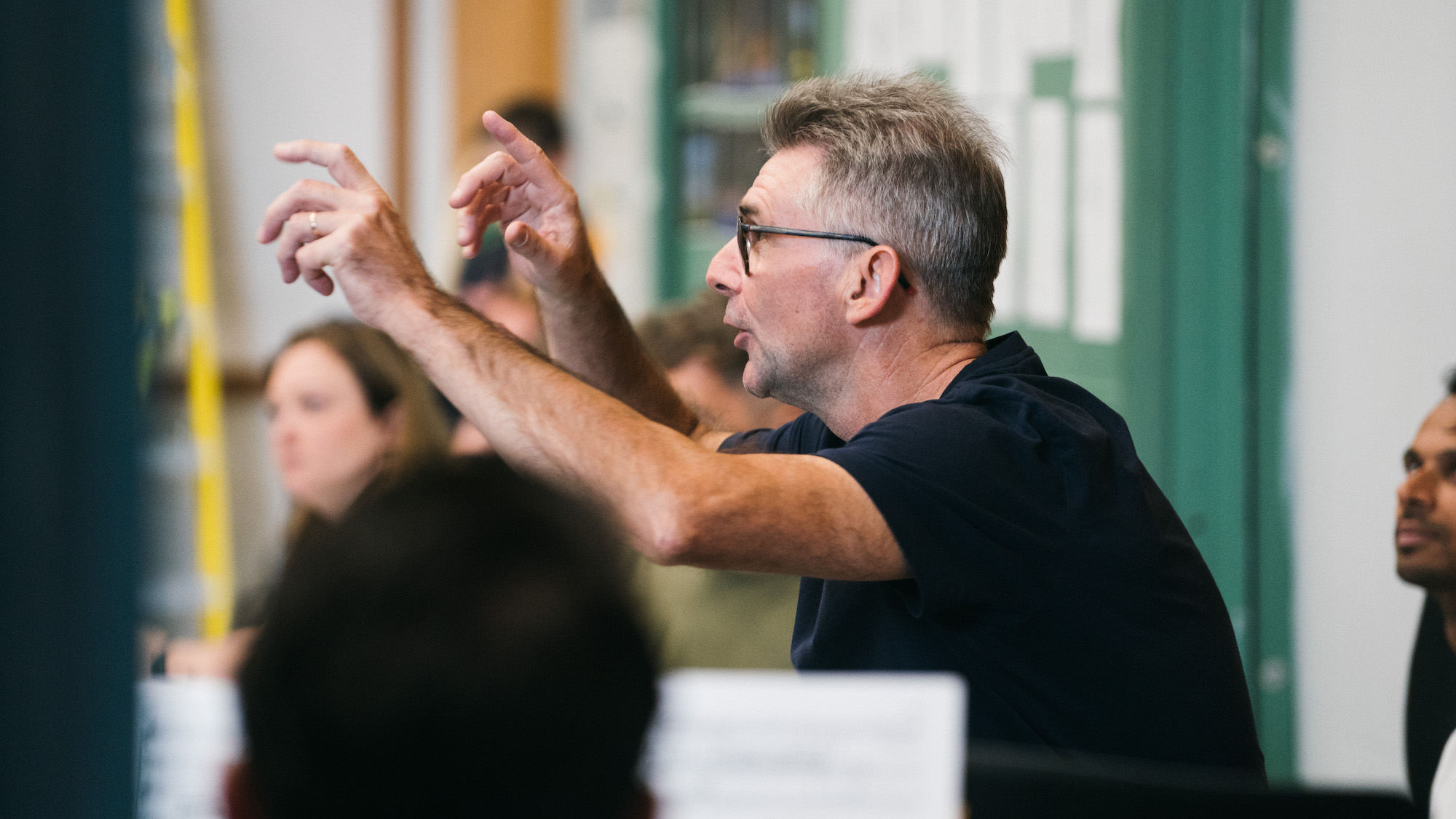 Verdi wrote and first staged La traviata in the 1850s, and its tale of a courtesan who finds true love was seen as somewhat scandalous. Verdi hints at the hypocrisy of a male-dominated society that rejects her for her morals. Any of this ringing any bells? Violetta’s strong will is a more complex precursor of girl power and self-actualisation or as Alison Langer, one of the cast playing her, told us, “She is an amazing example to people everywhere and if you see her story, it would be hard not to want to be more Violetta.”

It’s going to be party time on stage 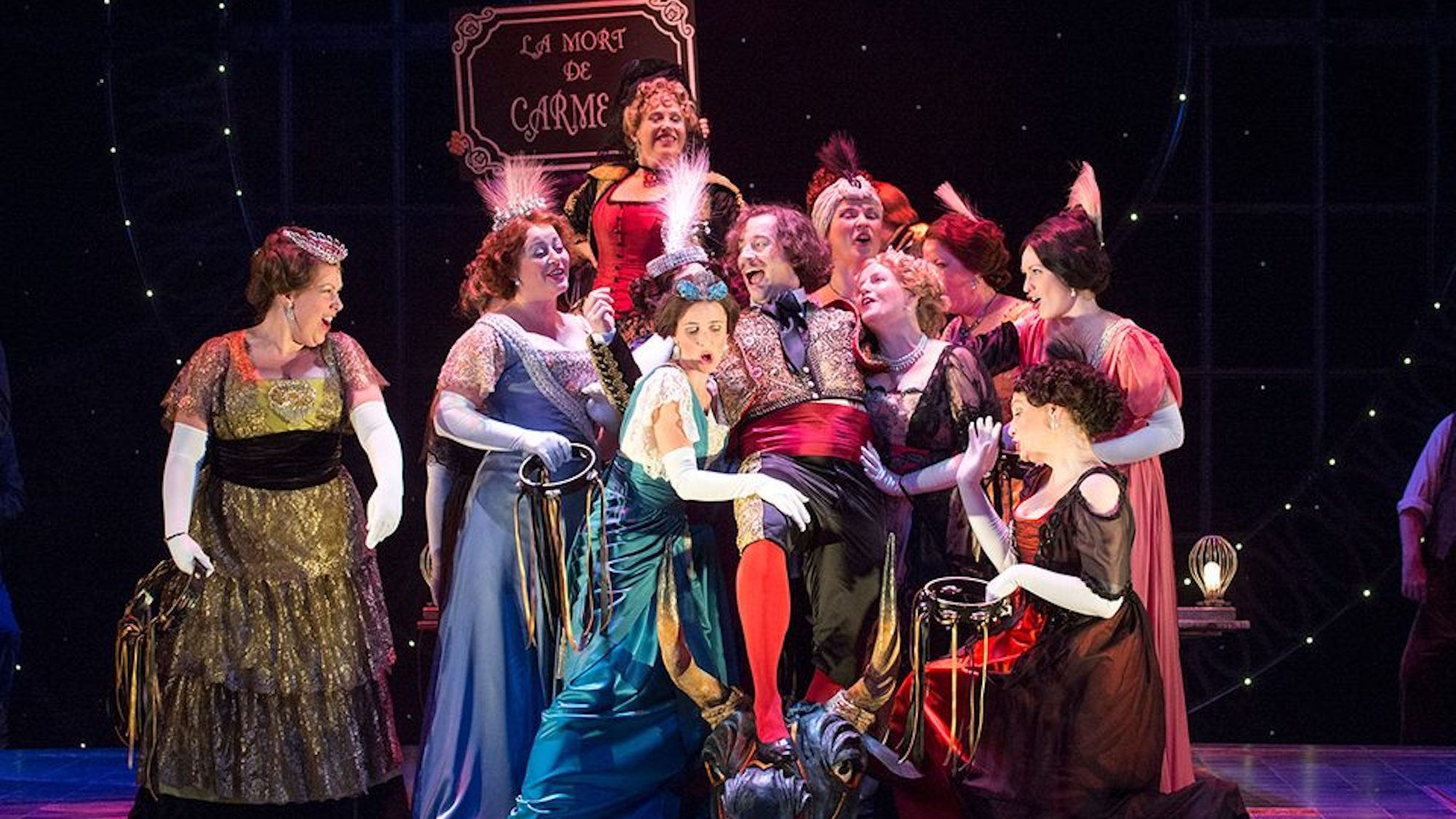 Two big parties really get things going in La traviata – both are opportunities for Madeleine Boyd’s set designs to really shine. The opulence and flamboyance of the pre-World War One era is really brought to life in these scenes, complete with big choruses. The first is at Violetta’s house, with an opium den-vibe, the second at Flora’s house, a more formal setting. The raucous, vibrant atmosphere of the parties is something that really helps make the story even more vivid.

There are scenes where the singers get to really let rip 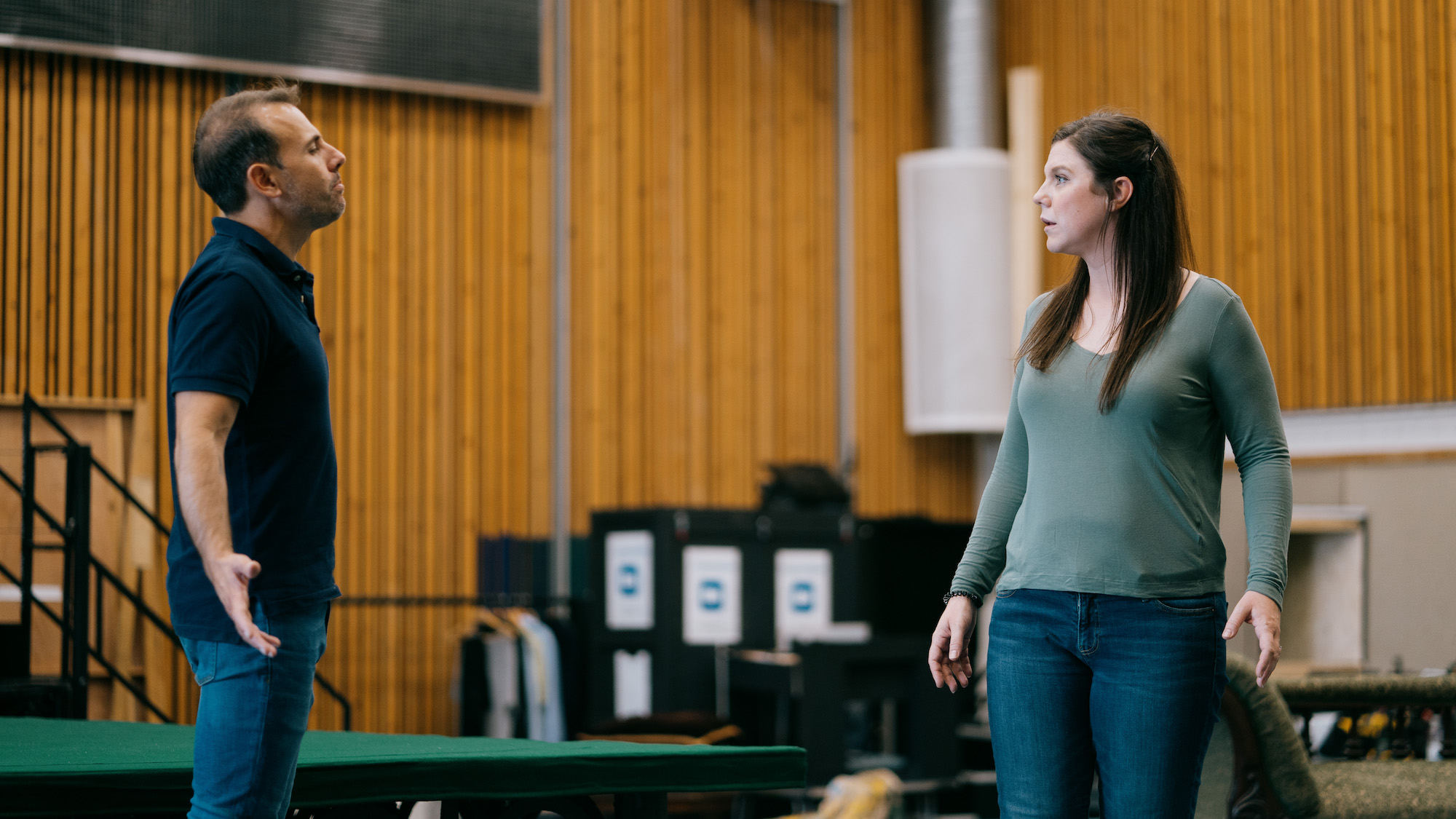 Nico Darmanin, one of the two actors playing Alfredo, can’t wait to get to grips with a certain gambling scene that takes place in Act 2. “It is one of those operatic verismo moments where a tenor can really enjoy letting rip,” he told us. “This is where we see Alfredo’s fiery temperament most.” Verismo translates as realism or truth, and Verdi was an early game-changer, providing inspiration for later composers such as Puccini to take this even further. “It’s an explosive moment,” Nico said, “and every ounce of my being really feels it.” Yours will too. 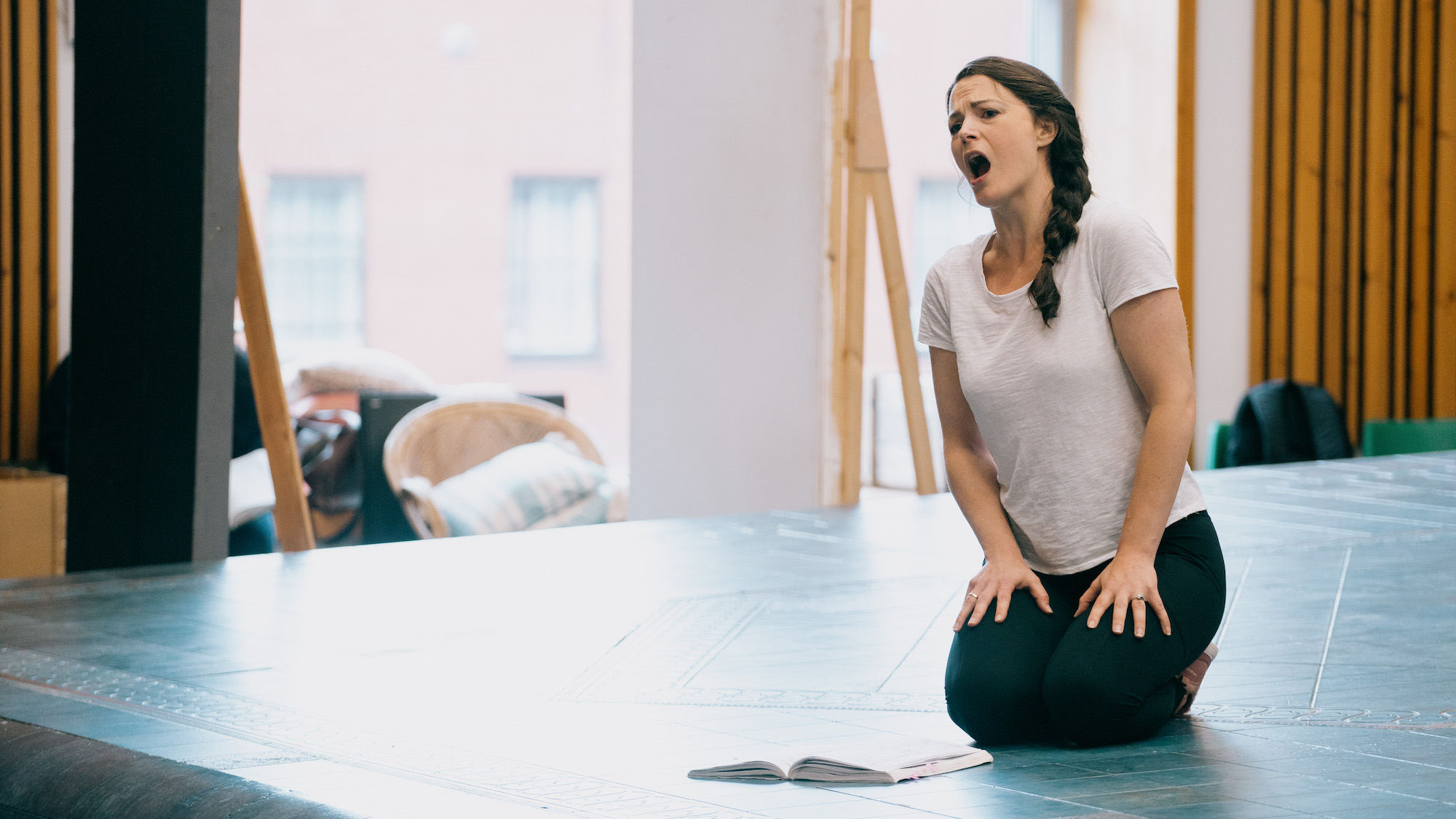 Belting songs, a stellar cast, clever sets, big set pieces – this production of La traviata is the perfect opera if it’s your first time. The two Violettas, Alison and Máire, both feel that it’s the ideal gateway opera. You’ll recognise the music, you’ll be swept up in the tragedy and the emotion, and you’ll come to appreciate Verdi’s genius in directly communicating the emotions of his characters through music. All that, and it’s a humdinger of a story too.