3 Forgotten Stories From Leeds’ Past

From real life witches to pioneering circus owners, these stories should be remembered. 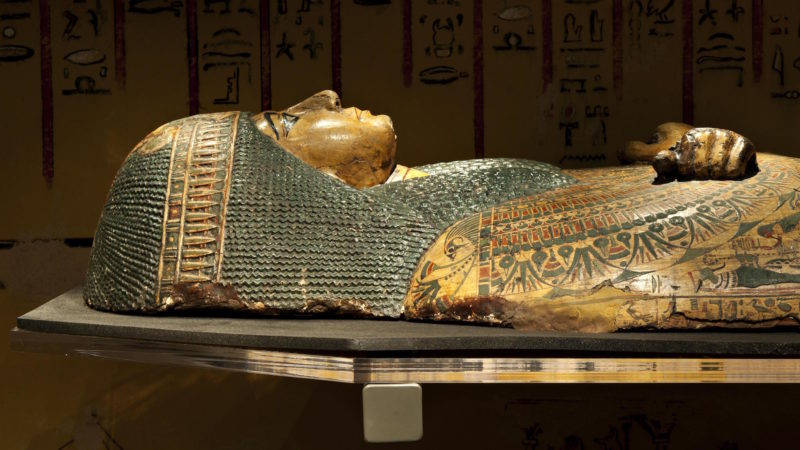 Leeds has an incredible history – but you may not have heard of these long-forgotten stories.

Live in Leeds for long enough and you’ll hear countless stories about its past, but these ones are often forgotten – which is why we’re determined to tell them. Whether it’s the witch-cum-killer that hides in the woods, a bomb-proof Egyptian mummy or a Victorian circus owner who broke down boundaries, spread the word of the city’s long-forgotten past.

The Yorkshire witch with a penchant for poison

The spirit of Mary Bateman, also known as the Yorkshire Witch, lives on in this city, and not just because her remains are kept at the University of Leeds. It’s believed she haunts the halls of Thackray Medical Museum, where she was on display for many years.

Bateman had a reputation for warding off ‘bad spirits’, but it turns out she was the bad spirit. Not only did she become an expert in poisonous potions, but she also killed her mother and two sisters. Yet somehow, she evaded punishment, so when poor Rebecca Perigo started suffering from mental health issues, Batemen was her first port of call.

After fiddling Perigo and her husband out of a chunk of money, she tried to kill them, disguising her poison as medicine. She succeeded with Rebecca, but not William. He quickly realised that he’d been fooled and set up a sting operation with local police. They found a secret stash of arsenic. She was sent to trial, found guilty and executed at York just three days later.

The pioneering black circus owner loved by The Beatles

The story of Pablo Fanque is an incredible one. Slavery had only just been outlawed in England, yet Fanque became first black British circus owner. His shows were considered to be the best of the Victorian era and the bulk of them were performed in Leeds. He even took part himself, in fact, he was known for his equestrian tricks and dancing horses.

Born William Darby, his life was not without tragedy. His first wife died at the King Charles Croft Amphitheatre on The Headrow when the viewing gallery collapsed during a tightrope performance by one of their sons. He didn’t let it stop him though, and as his business thrived, so too did his charitable giving.

Pablo died in 1871, and his gravestone can be found in St George’s Fields Cemetery at the University of Leeds, but the man lives on in song. He was the inspiration behind The Beatles’ song ‘Being For the Benefit of Mr Kite!’ and even features on the cover of the iconic ‘Sgt Peppers Lonely Hearts Club Band’ album.

Credit: Sara Porter on behalf of Leeds Museums and Galleries

The Leeds Mummy has a story to tell – both before and after death. Nesyamun was a high priest at the Temple of Amun in Luxor, the largest religious building in the world. He died in his mid-forties, but in a way, he’s still with us, because his mummy can be found at Leeds City Museum.

A gift to the Leeds Philosophical and Literary Society in 1824 by John Blaydes, Nesyamun was one of three Egyptian mummies in the collection. But in 1941, the most damaging night of The Leeds Blitz took out the old Leeds Museum on Park Row. As a result, many of the exhibits inside were completely destroyed, including two of the Egyptian mummies.

Nesyamun, however, wasn’t one of them. His coffin was blown right out into the street, but even though the inner coffin lid had been smashed, his remains were remarkably untouched, so 3000 years after his first life ended, you can still see him on display.