Explore one of the world’s greatest hoaxes. 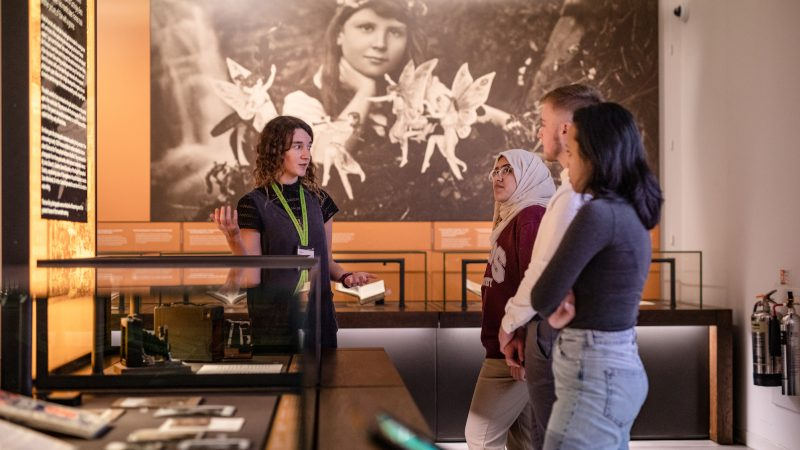 Sponsored by University of Leeds Treasures of the Brotherton Gallery

The Treasures of the Brotherton Gallery at University of Leeds is one of the city’s most incredible troves of historic items, precious artefacts, rare books and so much more. Discover it now.

This brilliant show will take you back to when two young Yorkshire girls fooled the great creator of Sherlock Holmes.

The University of Leeds’ Special Collections is a treasure trove of the cool, the fascinating and the wonderful, housed at the Treasures of the Brotherton Gallery. Their current exhibition is the stuff of legend. The Cottingley Fairies: A Study in Deception runs until Thursday 17th November 2022 and will bring to life a famous hoax conjured up in Yorkshire that spread across the country and beyond. Get yourself down there – it’s open to absolutely everyone – and discover these rarely sighted pictures, letters and more…

It was all cooked up by two cousins 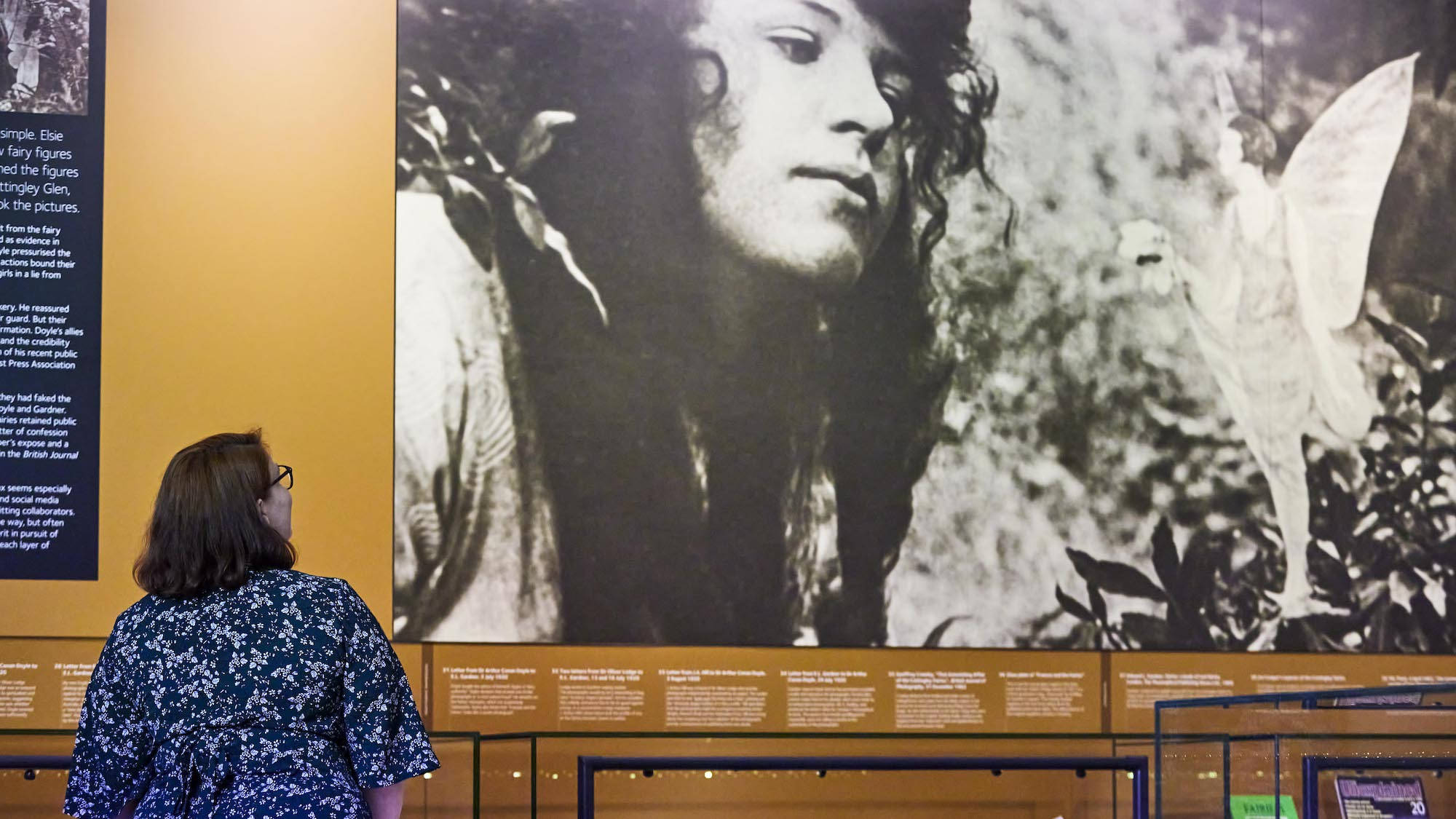 The story begins in 1917. Cousins Frances Griffith, 9, and Elsie Wright, 16, used to play in Cottingley Beck near Bradford when they got together. Challenged by their parents on why they always came back with wet shoes, the cousins replied that they went to the beck to meet fairies. Elsie said she could prove it, and borrowed her dad’s camera to do so. She returned later with evidence – photos of Frances in the company of fairies, and thus one of the biggest and most persistent hoaxes of the 20th century was born.

It fooled one of the most famous men in the world 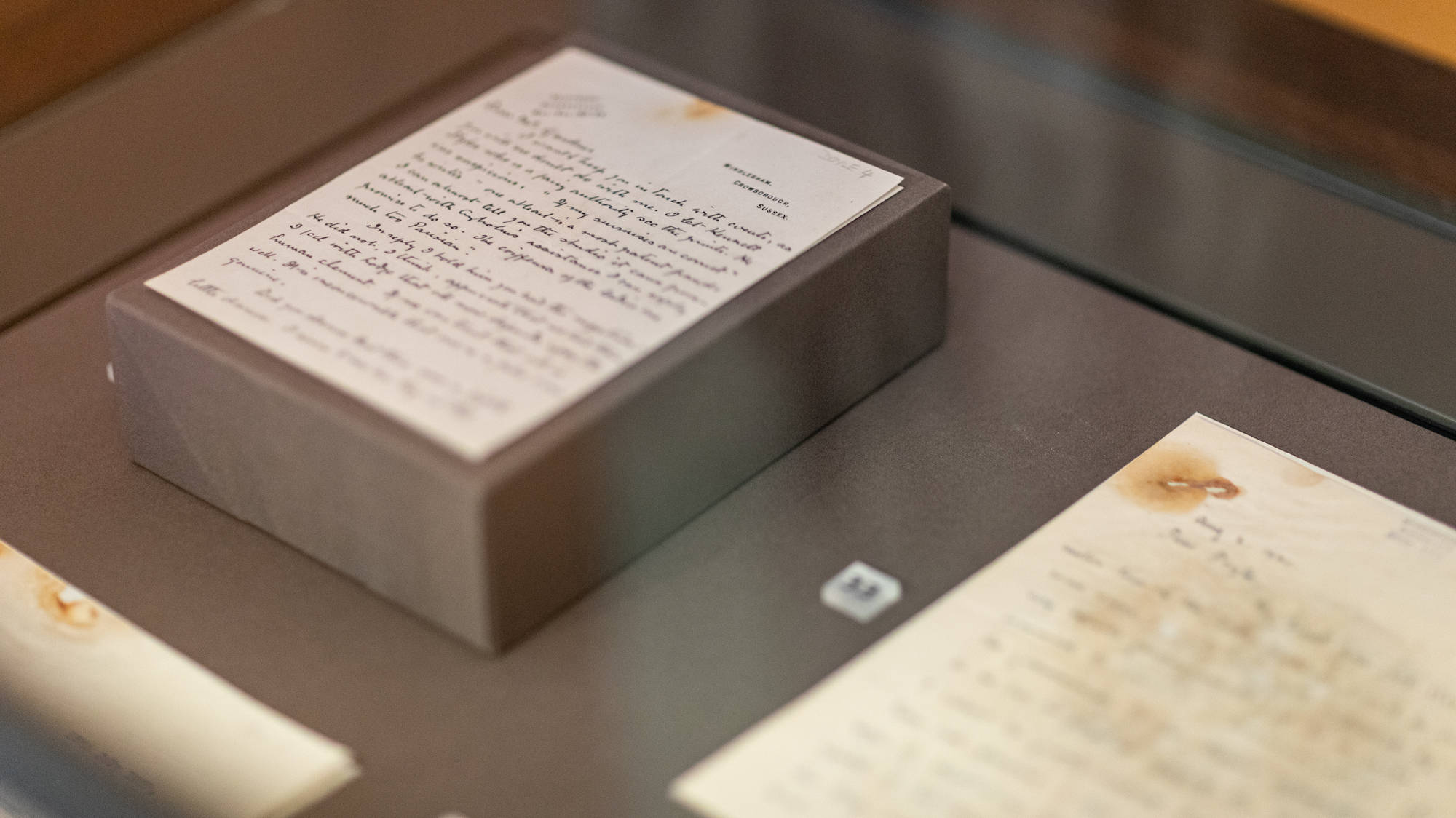 While Elsie’s dad didn’t believe in the fairies for a second, her mum did, and she revealed the photos two years later at a meeting of the Theosophical Society in Bradford. From there, interest snowballed. Photography experts declared them genuine, and author and spiritualist Sir Arthur Conan Doyle, the man who brought us Sherlock Holmes, believed in them so wholeheartedly he wrote a piece for The Strand Magazine all about them – a magazine you can see in this exhibition.

The myth lived on for decades 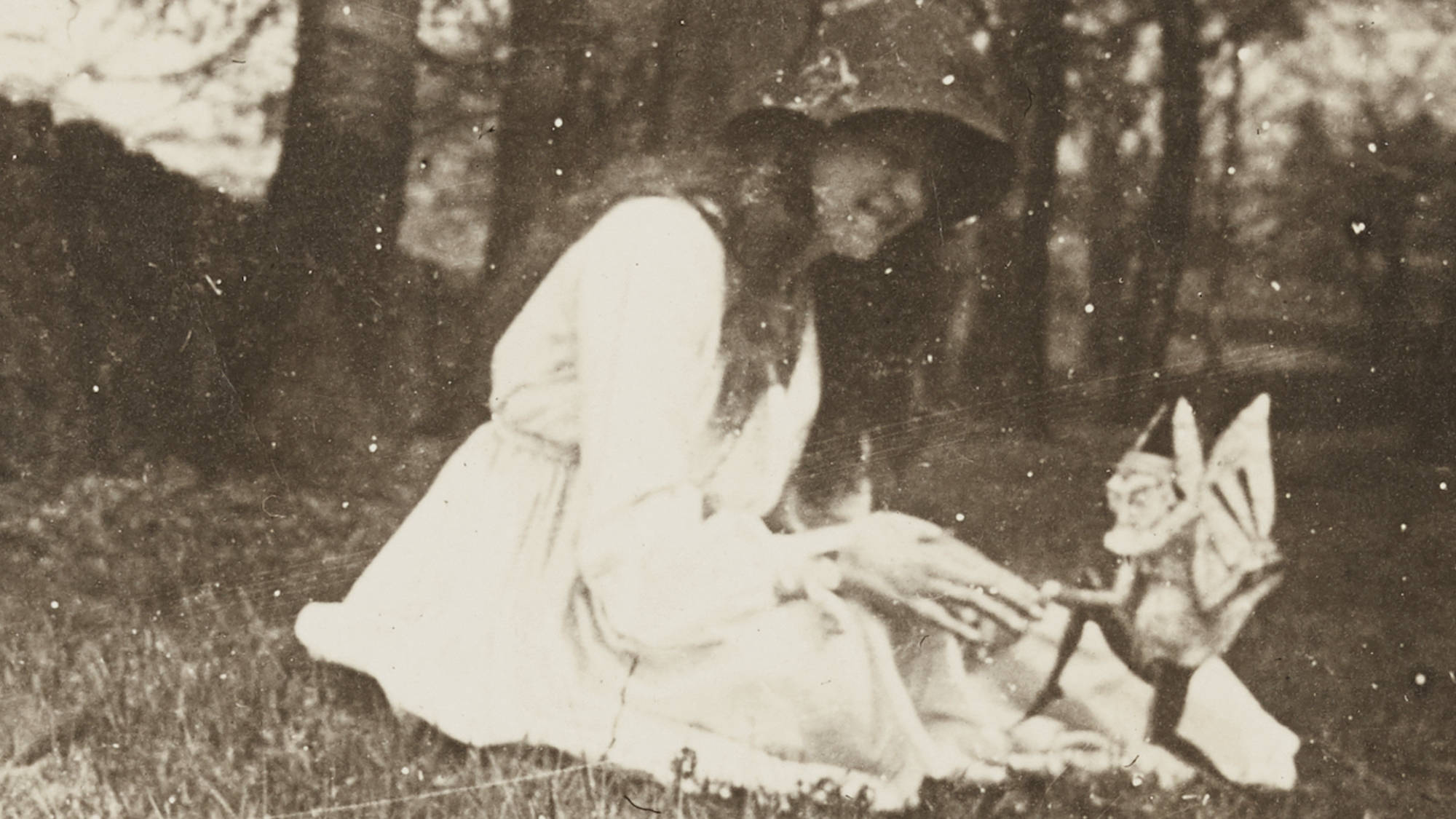 Conan Doyle didn’t live to see the hoax debunked, but interest in the fairies of Cottingley persisted throughout the century. Newspapers tracked Elsie down in the 1960s, and she maintained the pictures weren’t faked. However, various investigations said that they were – that strings could be seen on the fairies. Finally, in 1983, the cousins wrote an article confessing the fakery – but also maintaining that they did see fairies by the beck. They also added they didn’t reveal the truth before for fear of humiliating Conan Doyle.

The exhibition brings this lost era to life 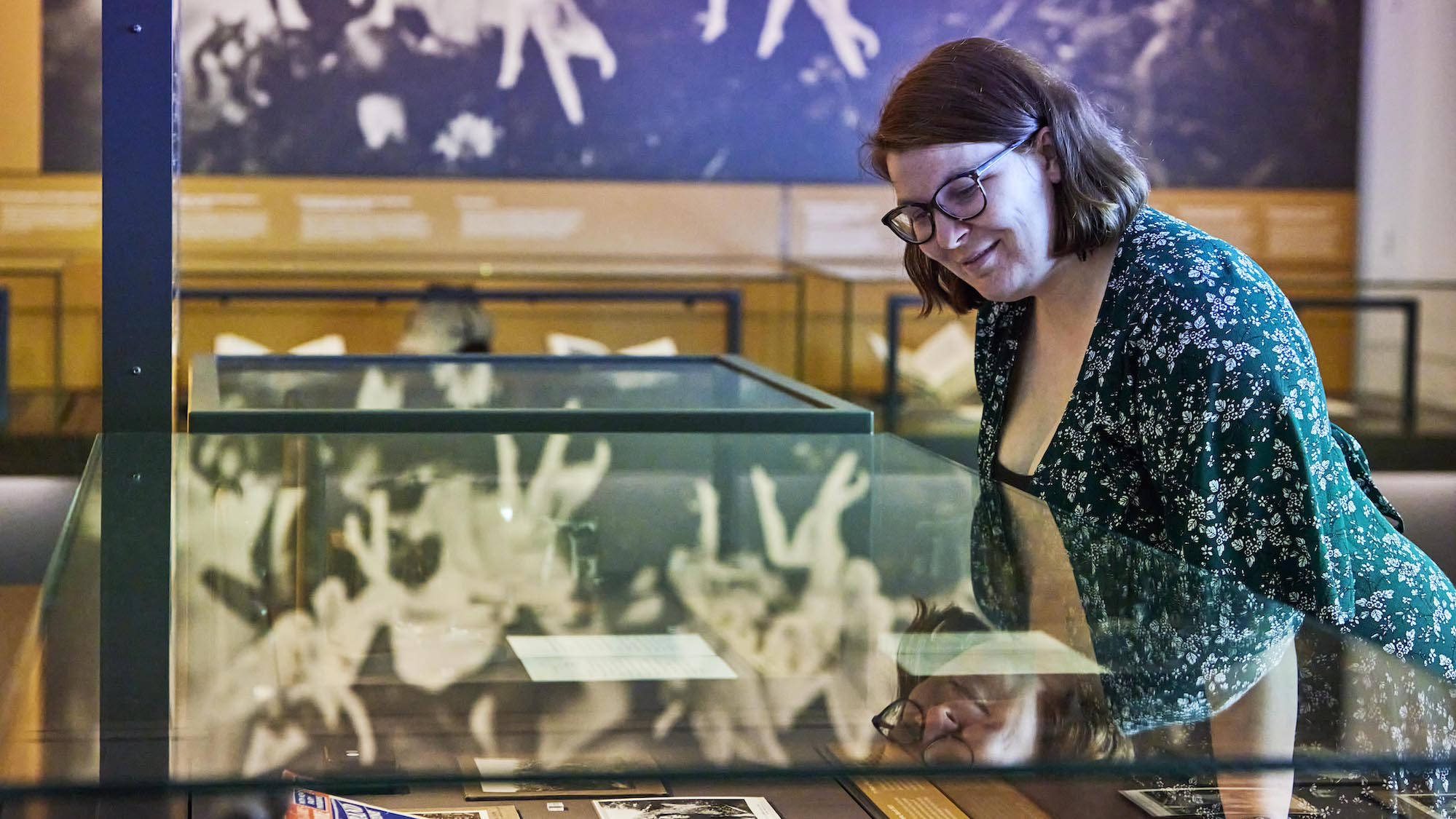 The University of Leeds Special Collections are packed with many of the key documents relating to the Cottingley Fairies. You’ll be able to delve through displays of photos, negatives, manuscripts, news cuttings and even 22 letters from Sir Arthur Conan Doyle. Study the prints and enlargements of the original five fairy photos and make your mind up as to their veracity. There are also other photos the cousins took of each other, giving the displays a real sense of the time and how an innocent lark took on a life of its own.

It’s the perfect chance to judge for yourself – fairies or fake? 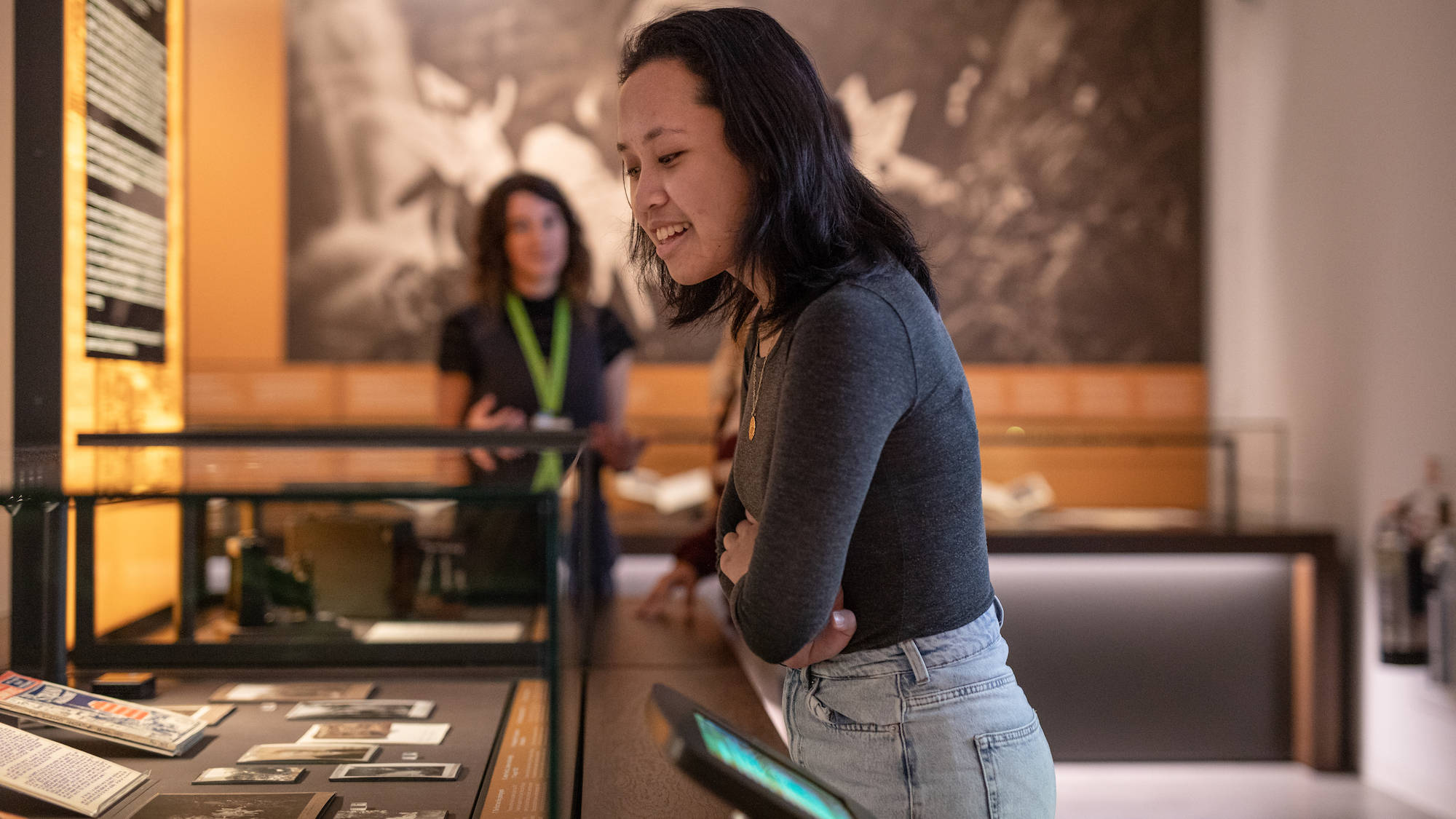 The Cottingley Fairies exhibition is curated by Dr Merrick Burrow, Head of English & Creative Writing at the University of Huddersfield. He told us, “the Cottingley Fairies archive… casts light on the relationships that developed between Conan Doyle and the other people involved. It illuminates in the most fascinating detail how his tentative interest developed into an unshakable, but mistaken, confidence in the authenticity of the images.” Judge for yourself whether you’d have been taken in, or whether you’d have sussed it out like Sherlock surely would have.

The Cottingley Fairies: A Study in Deception is on display in the Treasures of the Brotherton Gallery at the University of Leeds until Thursday 17 November 2022 and can also be seen online. Admission is free.