It's different to what we usually see from Northern Ballet, but that's what makes it unmissable. 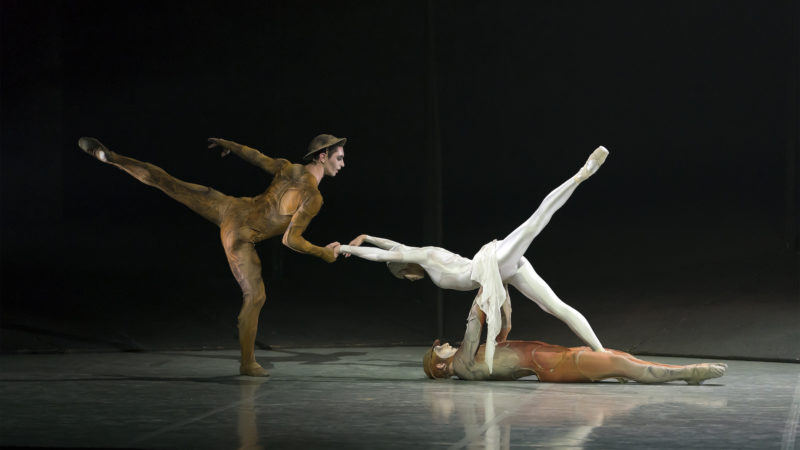 This March, Northern Ballet will perform three ballets by master choreographer Sir Kenneth MacMillan – and you can see them for less, with tickets for just £20. That's half the usual price. Book now with promo code LEEDSLIST.

This March, Northern Ballet will pay homage to Sir Kenneth MacMillan by performing three of his most interesting works – find out why you need to be there.

From The Little Mermaid to Casanova, Jane Eyre and The Three Musketeers, Northern Ballet has a reputation for creating dramatic ballets that tell a story through dance. So this next show is something of a departure for them. It’s a mixed programme that brings together three pieces from one of the world’s most talented choreographers – and it’s not to be missed. Luckily, we’re giving you a chance to get half price tickets…

See the work of one of Britain’s greatest choreographers

Sir Kenneth MacMillan is a legend of the dance world. He’s one of the most important choreographers of the last century and has helped to shape the art form. His ballets have been performed all over the world, from Paris to Moscow, but in the UK, they’re rarely performed outside of the capital, which is why this triple bill from Northern Ballet is so exciting.

It will bring three of his most intriguing ballets to Leeds Grand Theatre, giving you a chance to see them on your home turf. This is a celebration of a man who’s redefined classical language and inspired choreographers, dancers and audiences all over the world – why wouldn’t you want to be a part of that?

Do three shows in one night & find out what you like

One of the best things about this performance is the fact that it brings together three ballets in one night. Each one is about 25 minutes long, so it’s a bite-sized portion, but it’ll still blow you away. After all, these are world-class ballets performed by world-class dancers.

You’ll start with Las Hermanas, a narrative-led ballet that tells the story of five sisters. Shackled by tradition, the younger sisters can’t marry until the eldest has walked down the aisle. Expect jealousy, repression and a betrayal that will shake their world. That’s followed by Concerto and it’s a whole different beast – this one’s an abstract ballet that celebrates classical technique, think pirouettes, double tours and more. Finally, you’ll see Gloria, a ballet that takes its inspiration from Vera Brittain’s famous wartime memoir, Testament of Youth. Here, MacMillan ventures into contemporary classical style and showcases some of his most beautiful and difficult work.

This really is a rare treat. Northern Ballet put together this triple bill to celebrate MacMillan’s immense talent on the 25th anniversary of his death. They showcased Gloria at The Royal Opera House in October, performing alongside five other British dance companies as part of Kenneth MacMillan: a National Celebration – and they received rave reviews.

But not content to perform just one of MacMillan’s masterpieces, they’ve decided to perform three of his ballets in one night to showcase his versatility and talent. It premiered at Bradford Alhambra and now they’re bringing it to Leeds Grand Theatre. There will be just three performances and then it’s gone forever, no reprisals, no tour – this is your only chance to see it.

“It is an incredible and rare treat for our home audiences in Leeds to see this programme of work by Sir Kenneth MacMillan, and now that Zenaida will be joining us, this will be even more of a special event,” David Nixon OBE, Artistic Director of Northern Ballet, told us. Zenaida will be performing in Las Hermanas on both Friday and Saturday night.

Get half price tickets with our exclusive offer

This is going to be an incredible show and you’ll love it all the more with our exclusive offer, because you can get any stall tickets for just £20 – that’s a saving of up to £30. To get the deal, all you have to do is book your tickets and use the promo code LEEDSLIST. Enjoy!

Offer applies to Stalls seats at any performance. Only available with promo code LEEDSLIST – discount added at the payment stage online. A transaction fee of £3 will apply to each ticket. Postage £1 where applicable. Subject to availability. Not available in conjunction with any other discount. Cannot be used retrospectively. Cover image copyright Emma Kauldhar.
Share
Share
Share