7 Mills That Have Been Repurposed for Modern Industry

You'll be amazed at what these old industrial buildings have become. 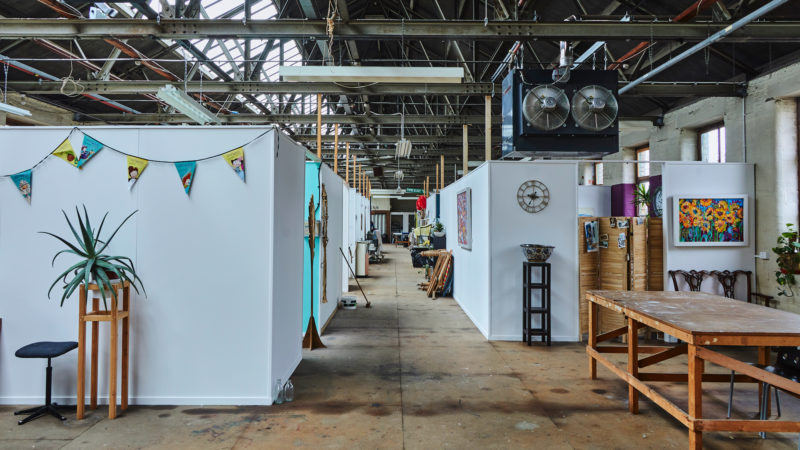 These old mills have been given a new lease of life, not too far away from their original purpose, as hubs of modern industry.

Leeds is rightly proud of its industrial history, but while the mills have now closed for the original purpose, they remain an integral part of the city’s commercial offering. In a way, these seven old complexes have returned to their roots – they’re centres for modern industry once again, whether it’s in technology, art or beer.

Once upon a time, this grade II-listed Old Flax Store was a vital cog in the wheels of Holbeck’s bustling industry. It was an offshoot of Marshall’s Mill, which was the largest factory in the world in its heyday, and was used to store flax. Today it’s at the centre of another booming industry, as Northern Monk Brew Co. make their beers here using traditional monastic techniques. You can try them out upstairs in the Refectory bar and the Chapter Hall event space.

The Small Mill was one of a number of derelict buildings on the South Bank left over from the 19th-century industrial boom. That was until 2002 when the Yorkshire Design Group completely reinvigorated the building, making use of the original building stock and adding modern architectural features, like the eye-catching curved metal extension. They’ve added to it again in recent years, extending the office space by 30% thanks to a sympathetic new build. It’s now home to a number of digital agencies that are pushing forward Leeds’ burgeoning tech reputation.

Credit: Mark Stevenson licensed under Creative Commons for commercial use.

Armley’s Castleton Mill was one of a number of important textile production centres in the city. It was once used for steam-powered flax spinning, with a weaving shed on-site that transformed it into the material. Now, it’s a vital redevelopment project for Armley, and has reopened as a centre for creative arts. The vast floors have been transformed into a range of workspaces and studios for artists and designers, but they’ve kept that open feel to promote the sharing of ideas.

Matthew Murray is a name synonymous with the city’s industrial growth and it was down at the Round Foundry where he made his name. He built his pioneering textile machinery, steam engines and trains for the Middleton Railway right here. They no longer make inventive machines here, but innovation is still key to what they do. The Round Foundry Media Centre is home to a range of companies that have helped put Leeds front and centre as one of the foremost digital and creative cities in the UK.

Sunny Bank Mills is unique in the fact that the family who owned it at the height of its success during the Industrial Revolution are still looking after it today. But it’s no longer used for cloth production – The Gaunt family has breathed new life into the huge complex of mills in Farsley by creating a range of spaces for local businesses. It also has studio space for local artists and a gallery where they can showcase their work.

Marshall’s Mill was one of the most important buildings in Leeds during the Industrial Revolution. It acted as the centre of operations for leading industrialist John Marshall who was responsible for some of the greatest progressions of his time. More than 225 years since its opening, it continues to be at the forefront of modern business – it’s been transformed into one of the most distinctive office buildings in Leeds and is now home to the likes of Arts Council England, Mediacom and True North. Mabgate is full of old industrial buildings and while some are waiting to be brought back to life, this one has had a bright new start. Mabgate Mills provides versatile studio and office space for the city’s start-ups and scale-ups to thrive in. It’s attracted an array of businesses with its modern, spacious and characterful refurbishment, including food photography studio Eat & Breathe, software company The Data Shed and independent film agency Sodium. Other mills are also used for dance studios, gyms and coffee companies, restoring the once tired industrial area to a hive of activity.