See Janáček bring the world to life through music in this twisted tale of love and loss. 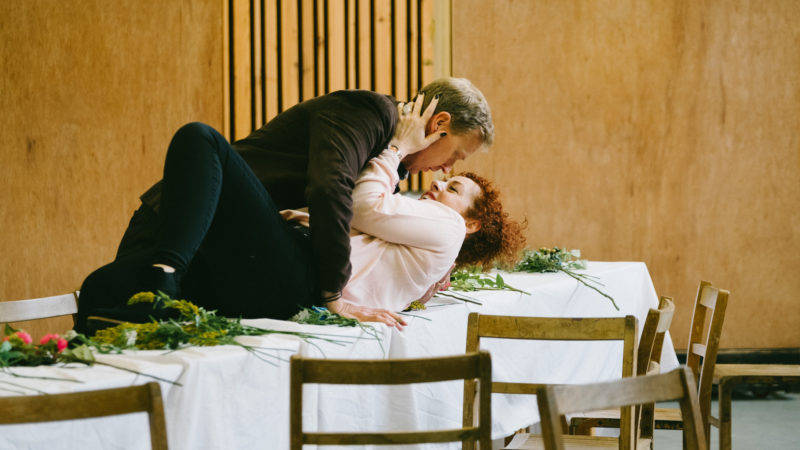 Okay, it’s time to try the opera. No, seriously – this is the one. Osud is a heart-breaking opera with a really cinematic feel and you won’t want to miss it.

With a score that would be right at home in a Hitchcock movie, a storyline that has more twists and turns than a pretzel and an ending that will leave you reeling, Osud is a must-see. But don’t expect your usual opera. This is a very different experience. It’s edgy, cinematic and utterly engrossing, as Opera North send you hurtling on a rollercoaster of emotion. Catch it at Leeds Grand Theatre from Wednesday 11th October to Friday 20th October 2017.

It’s a weird one folks

Okay, this is the general premise of Osud. It’s a strange, twisty story about a composer and his unfinished opera. But it’s also kind of unfinished itself, because Janáček leaves the ending open, ‘in God’s hands’. He never saw it performed, he died before it ever reached the stage, but his memory lives on in the music, because he put a lot of himself into it. The result is a hugely emotional opera that will take you from romantic ecstasy to the depths of despair.

From vertigo-inducing strings to the waltz, the music is at the heart of the story

Janáček’s music is incredibly expressive, and he uses it not just to set the scene, but also to heighten the emotional impact of the actions on stage. It’s totally immersive, pulling you in and not letting go until the curtain goes down.

“When he writes a thunderstorm, he really writes a thunderstorm. And when he writes somebody’s emotional break-up, he writes it into the music. The music is the experience as well as what you see,” Director Annabel Arden explained. “He’s very, very clever at pitching great chunks of the orchestra against each other. It’s really dynamic, it’s very loud in parts. It’s huge. There are all sorts of strange instruments in there, with huge amounts of different percussion and bells and organs and harps – so it’s quite an experience.”

Osud is absolutely action-packed. It starts out as a love story. Our star-crossed lovers, Živný and Míla, fall head over heels for each other, but her mother has other plans and splits them up – she promises Míla to another man, but it’s too late, Míla’s pregnant and Živný gone.

Fast-forward a few years and the two bump into each other again – they rekindle their romance, marry and move in together, albeit with her mother (sigh). Živný has half written an opera and the pair are reading through it when Míla’s mother, now mentally fragile, tries to throw herself off the balcony. Tragedy strikes.

Cut to the rehearsal room eleven years later, while a thunderstorm rages outside, Živný relives his love for Míla through his opera, which is set to be performed for the first time, though still unfinished. It’s too much for him, and he collapses, overcome by grief.

Ever wondered what opera is closest to? A gig? A musical? A play? Well, this time, it’s more like a film. Obviously, the music has a much more prominent role to play, but Arden has given Osud a filmic quality that brings out the thriller in it.

“If you know Russian films, if you like Chekhov, if you like that kind of intense drama, it’s that. It’s a very intense drama,” she told us. “I think the music is really kind of surround sound, and it will feel very much like a film. It’s a bit of a thriller, you don’t quite know what’s coming next.”

Osud may be a work of fiction, but there are surprising similarities between Janáček’s life and that of his protagonist. Just like Živný, he’s a composer, and he fell in love with a woman at a spa – in Janáček’s case, it was a Kamila Urválková and she begged him to write an opera about her because she’d been unfairly portrayed as a flirt by another composer. To her amazement, he said yes.

But that’s not the only similarity between Živný and Janáček. You see, they both knew great loss. The former loses his wife in the opera, the latter lost his daughter Olga in real life – and he worked with her best friend on the libretto, which is why the opera absolutely oozes emotion. The grief almost drove him insane and you can see it in Osud’s maniacal brilliance.

At its heart, Osud is about what it means to be an artist – and no one knows that better than Arden, so she’ll be revealing a little of her own art on stage, “I’m creating a fictional world, but I’m also dealing with the whole kind of reality of everything we’re trying to put on stage. So I might just at certain points bring up the house lights or I might just end with the working lights on stage, so you see the mechanics, which are usually concealed from you.”

It plays with the idea of memory

Just like in the latest blockbusters, Arden has played with the narrative, moving around time, so you see Živný’s memories as flashbacks. It gives Osud a cool, modern twist and makes this latest interpretation a must-see.

You’ll be in and out in just over an hour

Osud is part of The Little Greats, a season of short and sweet operas that will introduce you to the opera in record time, which as far as Arden is concerned, is the perfect excuse to go, “This is a chance for everybody who has ever been a bit curious about the opera to come, because it’s really short! It’s only an hour. That’s short! You would not believe what we can pack into an hour. It’ll go like the clappers, it’ll go really fast and you’ll come out and go ‘oh my god, I can’t believe all that happened in an hour.’”