A Castle, a Stock Exchange and a Secret War Factory – You Won’t Believe What Once Existed in Leeds

Get a glimpse of the cool things that have been lost to the past in Leeds. 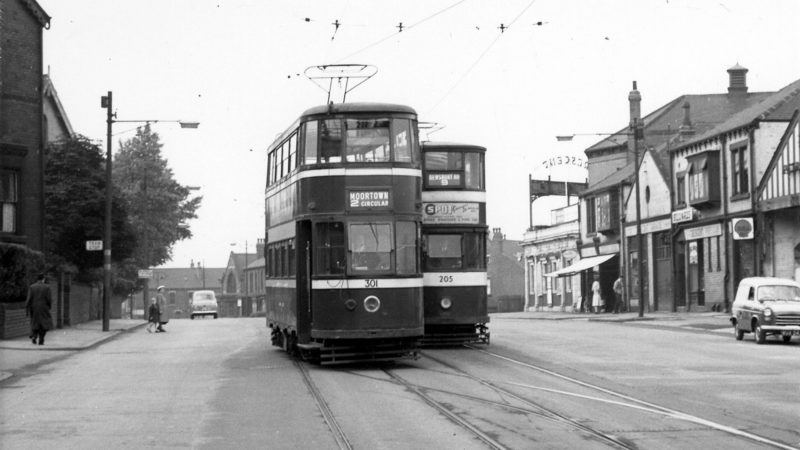 Leeds Castle may be in Kent, but did you know that we once had our own little fairytale fortress? And that’s not the only unusual landmark that’s been lost to the city’s past over the years. From one of the most advanced tram systems in Europe to a secret aircraft factory and the first stock exchange outside of London, you won’t believe what once existed in Leeds.

Just off Stonegate Road in Meanwood lie the ruins of King Alfred’s Castle. Despite the name, it doesn’t actually date back to Alfred the Great’s 9th-century reign – it was built on one of the highest points in the city in 1770 as a folly by a local merchant, Jeremiah Dixon.

It was marked with a plaque inscribed with ‘To the memory of Alfred the Great, the pious and magnanimous, the friend of science, virtue, law and liberty.’ It lasted until May 1946 when the final two walls collapsed, but its legacy lives on as the area once known as Tunnel How Hill, is now remembered as King Alfred’s Castle.

Believe it or not, Leeds once had its own Stock Exchange. Stocks were first traded in the city from the mid-1700s, and that led to the Leeds Stock Exchange Association being formed in 1844.

They took up residence in a new building on Albion Street three years later – where the Pinnacle offices are today. Leeds was the very first provincial town to have one, but Liverpool, Manchester and Newcastle followed suit in the late 19th century. The Leeds Stock Exchange continued to run in various places across the city until 1973, when London took over as the country’s centre for trading, as it is today.

Our transport system may be trailing behind now, but we once led the way. The city’s tram system first ran in 1871 with steam trams. It continued that way until the late 19th century when single-decker horse-drawn trams and electric trams were introduced along the same routes.

Unlike elsewhere, most of our tramlines were on reserved tracks, not the city’s roads, and they helped to connect the city centre with the suburbs. Many cities closed their tram systems in the 1940s, but Leeds persisted, and our determination to modernise tracks and trams helped to make it one of the most advanced systems in Europe. But it wasn’t enough to keep it going and the last trams ran on 7th November 1959.

The Victorians were fascinated with exotic wildlife, and since the British Empire allowed many animals to be brought back to the UK from around the world, the Leeds Zoological and Botanical Gardens were opened in 1840. A site was chosen on Cardigan Lane, away from the pollution of the city’s factories – on opening day, you would have been able to see monkeys, swans, eagles and even bears.

In fact, the bear pit is the only remnant of Leeds Zoological and Botanical Gardens that’s still standing. It closed in 1848, after just 8 years, due to low visitor numbers – back then, Sunday was the only day of rest for local workers, but the attraction was only open late on Sunday afternoons to protect church attendances, and even if they did find time to go, the entry price was higher than most could afford.

Leeds had a big, but secret role to play in World War Two. Yeadon’s airfield was used for training by the RAF until 1941, when it was requisitioned to help with the war effort. It became a vital site for aircraft production – but few knew of its existence outside of the workers and authorities.

It first produced the Hawker Tornado, but after that was scrapped, Avro took charge of the production of the Anson twin-engined aircraft – they made 3,945 before the end of the war. They also made 695 Lancaster heavy bombers between 1942 and 1945, and after the war ended, they went on to make a further 76 Ansons, 27 Yorks, 12 Lancasters and two Lincolns before closing on New Year’s Day 1947.