Comedy, Farce & Tunes You Know, The Marriage of Figaro is a Must-See – And You Can See It From Just £15 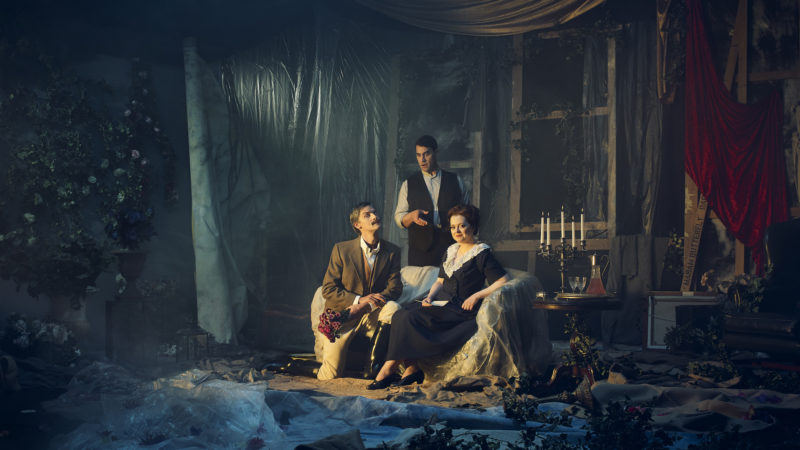 It’s Figaro’s wedding day – what could possibly go wrong? Well, the Count is out to bed his bride and Marcellina is calling in a debt at the altar. Mozart’s joyous farce of mistaken identity and misunderstanding is an absolute must-see. Book now.

The Marriage of Figaro is one of Mozart’s most popular operas. It’s a rib-tickling comedy, a wonderful farce and an incredibly easy watch. Sung in English with a string of tunes you’re guaranteed to know, this is the perfect first opera, so if you want to dip your toe in the water, now’s the time to do it. And with tickets starting from just £15, why the hell not?

Tying the knot has never been so hilarious

Figaro and Susanna are getting married, but before they can say ‘I do’, they have to outwit the Count, their boss, who is plotting to sleep with Susanna. He wants to exercise his feudal right to bed his serving girls before the night of their wedding, but Figaro vows to stop him. Of course, he has problems of his own because if he can’t pay back his debt to the old housekeeper Marcellina, he’ll have to marry her instead. Thus behold a riotous comedy that brings together misunderstandings, mistaken identity and witty plot twists.

Mozart is one of the most famous composers of all time, so don’t be surprised if the music’s familiar. If you’ve ever seen The Shawshank Redemption, you’ll know the ‘letter duet’ – he plays it over the prison tannoy system, after locking the guard in the toilet. And the overture is even more popular. Incredibly, Mozart wrote it just hours before the opera’s première, but it’s become a cinematic sensation. In fact, it’s featured in a string of popular films, including Trading Places, Wedding Crashers and Zombieland.

They’ll reveal the world behind the stage

Director Jo Davies’ take on The Marriage of Figaro is loosely set in pre-revolutionary Russia, so the once-grand country house the Count lives in has fallen into disrepair. The wallpaper’s peeling and there’s a constant trickle of rain down the windowpanes – not the best weather for a wedding. But what makes it really interesting is the way this fantasy world collides with our own. You’ll get a glimpse into the hidden recesses of the theatre as the characters move the sets and reveal the world beyond.

Don’t be surprised if you find yourself laughing out loud because The Marriage of Figaro is a wonderful farce. The characters, who seem so bright and intelligent, just have a knack of getting themselves into trouble, and as the audience, you can see every hilarious mistake coming. It’s ridiculous, in the best of ways, because while it may be deliciously funny for us, it’s all too serious for the characters. “The genius of Mozart is that he can turn a scene very quickly from comedy to something a little bit more serious,” Associate Director James Hurley explained. “He’s able to switch that up very, very fast, so a farcical scene can suddenly be full of pathos. It’s a very witty, agile, fast-moving piece.”

It looks like they live happily ever after, but do they?

In comedy operas, a happy ending is almost obligatory, and that’s certainly what you’ll get in most versions of The Marriage of Figaro, but here it’s a little more ambiguous. “The sense of reconciliation towards the end is a really big thing. It can be performed so that everything ends happily ever after, but what you will find with this production is that questions are still being asked right up until the last minute.” Fflur Wyn, the soprano who plays Susanna, explained.

It’s even funnier because it’s in English

The Marriage of Figaro was originally written in Italian, but Opera North will be performing it in English, so you can focus all your attention on the stage – and that’s good, because when it comes to comedy, timing is everything. “As with all comedy, you need to find your timing to get the sense and the humour but, because it’s in English, it will hopefully touch people right away,” Phillip Rhodes, the baritone who plays Figaro, told us. “And you feel the audience with you. They laugh at the right time. And sometimes they laugh when they’re not meant to laugh, and you know something’s gone wrong!”

The servants are on the up-and-up

Amidst the chaos and the confusion, the disguises and the mistaken identity, The Marriage of Figaro is a story of power structures and class divides. The servants outsmart their masters at every turn and you get a sense that they’re about to turn the tables and rise above them. There’s something bubbling in the background, something mirrored in the Russian Revolution setting, and it fuels the comedy in the piece.

It’s cheaper than you think!

Going to the opera doesn’t have to be expensive, in fact, tickets start from just £15. That’s an absolute bargain, especially when you think that you’ll get three hours of entertainment (with a break in the middle to grab a drink, of course). So what are you waiting for? Book your tickets and make The Marriage of Figaro your first opera.