Dark, Dramatic and Unbelievably Powerful, Katya Kabanova is a Must-see

This is a show unlike anything you’ve seen before. 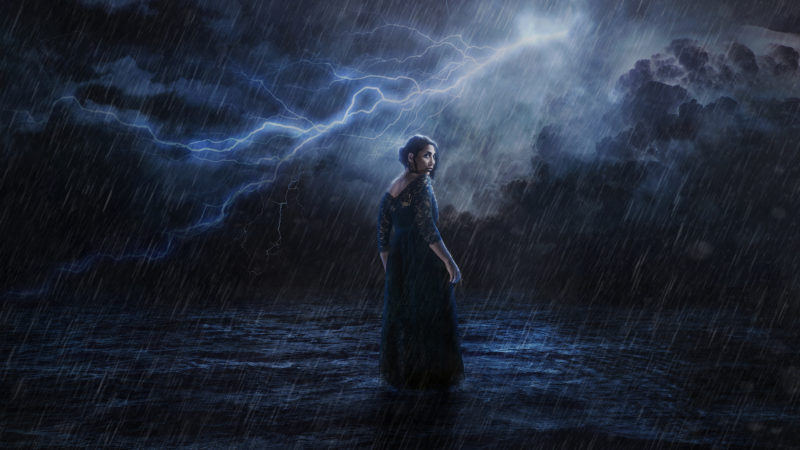 Seduced by another man while her husband is away, Katya embarks on a passionate affair, but can she handle the guilt or will it drive her mad? Find out as Opera North present Leoš Janáček's irresistible yet gritty tale of love and betrayal. Book now...

If you want to be blown away, get tickets to Opera North’s edgy take on Katya Kabanova this February…

Trapped in a loveless marriage, tormented by the mother-in-law from hell and smitten with a man she can never truly have, Katya’s story is both tragic and powerful. She embarks on an illicit affair, but as the storm clouds roll in, the guilt becomes too much to bear, with tragic consequences. Katya Kabanova has a cinematic intensity that’s both easy to follow and impossible to tear your eyes away from, with a score that turns a simple love story into an unforgettable theatrical experience, so don’t miss it.

The music tells its own story

Janáček was an uncanny talent. His music is incredibly complex, so the orchestra have their work cut out for them, but when you’re sat in the audience, it’s easy. It pulls you into the story and sets the tone for the piece, giving you atmosphere, mood and the kind of tension you could cut with a knife.

In 90 minutes, Katya Kabanova will show you the many different faces of love

Married to a weak man who won’t stand up to his mother and with no control over her own destiny, it’s really no wonder that Katya strays. She falls for the charming, charismatic Boris, and the two fall into a passionate affair, but it’s doomed to end in tragedy and when her husband returns home, she’s driven mad by the guilt.

Katya’s story is tense and dramatic, it has soaring highs and devastating lows, so you’re in for quite the show, but hers isn’t the only love story in the opera. It’s intertwined with two others. Like Katya, Kudryash and Varvara are having a secret affair, but it’s young, exciting and full of possibility. Watching them, the hopelessness of Katya’s situation feels almost palpable. And then there’s Kabanicha, the domineering mother-in-law. This prim and proper women who lectures Katya on the errors of her ways is having a dirty little affair with Dikoy – expect spanking!

It has the mother-in-law from hell

On the surface, Kabanicha is an upstanding citizen, one of the pillars of society, but in reality, she’s deeply flawed and she takes it out on the people around her. She’s possessive of her son, abusive to her daughter-in-law and scarily perceptive, so she sees the spark between Boris and Katya long before her son.

It’s an impossible situation for Katya. She can’t be a wife, because Kabanicha has stolen all her power, and it inevitably leads to her demise. “Katya is miserable. She’s mentally abused, not loved, and even physically abused at one point. She’s in a miserable state and that’s a recipe for infidelity, right? That’s the seed of the whole thing, it starts with the fact that this sincere person is beaten down all the time, not appreciated, and that sets the whole thing in motion,” Harold Meers, the singer playing Boris, explained.

It traps you in the same world as Katya

Katya is trapped. She’s married to a weak man who won’t stand up to his mother and her life has become one long chore, but what’s interesting here is that you’re right there with her. They’ve created a stark, minimalist set that traps you into their world and makes you feel Katya’s plight.

“You’re seeing the same walls, but in different configurations, which means you’re moving through the piece, but at the same time, you feel kind of trapped. That’s really what it’s all about, Katya’s never going to leave this place,” Assistant Director Matthew Eberhardt told us. “The production is very dark, in terms of the colour of it, it’s very dark. The costumes are dark, the walls are dark, the only colour there is at all is a sort of green, which hints at being outside, but like I say, you feel quite trapped.”

It’s dark and dramatic, but by no means depressing

Katya’s story is heartbreaking. The cruelty, the guilt and the needless loss of life will take you to a very dark place, but Janáček won’t let you wallow there. He’s created the perfect balance between tragedy, comedy and lighthearted entertainment.

“There’s a lot of lightness, which makes the pain of the destruction of Katya all the more awful. It’s a brilliant thing that Janáček does, to juxtapose the lightness of the younger characters and the slight buffoonery of the older characters, with their quasi-love scene, which is a bit salacious and unpleasant, but they emerge as the pillars of society the next morning,” Conductor Sian Edwards explained. “I think Janáček is absolutely portraying the hypocrisy which we can see every day, everywhere, but he was clearly burning with fury about that.”

There’s this idea that the opera is difficult, that it’s hard to understand, but that’s certainly not the case with Janáček’s work. He built his music around the rhythm of the words, so it feels like a conversation. And Opera North has stayed true to that idea, even in their translation – you see, this version is sung in English.

At just 90 minutes long, Katya Kabanova is surprisingly short. Janáček has condensed the story down into its most essential parts – he never wastes a moment, every scene, every line, every note takes you closer to that dramatic conclusion. Expect to be glued to your seat. That adds a cinematic edge to Katya Kavanova, but this is no film. It has an intensity that you simply won’t find at the cinema.

“Opera is a visceral art form. It’s an extremely heightened expression. When the music itself is not enough, when words aren’t enough, we combine them to get a whole new level of intensity and emotion,” Meers explained. “You can feel it in your body, it’s a very different experience from when you’re watching a film. A film is not visceral, it’s not at all. This you feel with your body, not just your eyes.”

It all culminates in a dramatic storm

Lightning strikes, thunderclaps, and amidst it all, Katya crumbles under the guilt of her affair. Her hysteria is mimicked in the music and her confession leads to her untimely demise. In essence, the grand finale is just about as dramatic as they come.

Get tickets for £20 with a FREE cocktail

As if you need another reason to go, you can also save £30 on tickets with our exclusive offer. You’ll get some of the best seats in the house, all for just £20, and you can stop at Below Stairs for a complimentary cocktail inspired by the show. To get the deal, use the code ELECTRIC when you book.

This offer includes a ticket to Katya Kabanova at Leeds Grand Theatre and a Storm in a Coupe cocktail at Below Stairs. Valid on Price B tickets for all performances of Katya Kabanova in Leeds, including Saturday 2nd, Saturday 9th, Thursday 21st and Wednesday 27th February 2019. Subject to availability. Cannot be used in conjunction with any other offer or retrospectively. Must use code ELECTRIC when booking. One drink per ticket. Drinks include Storm in a Coupe cocktail, house beer or house wine. You can claim your drink by showing your ticket on the day of the performance booked. You may be asked to show ID. The free drink is only available on the performance date. You can choose from the normal delivery options for your ticket. Valid online, at the Box Office in person or by phone. The discount will be applied at the checkout stage.
Share
Share
Share