10 Stunning Yorkshire Views You Need to See at Least Once

See Yorkshire at its captivating best at these scenic landmarks. 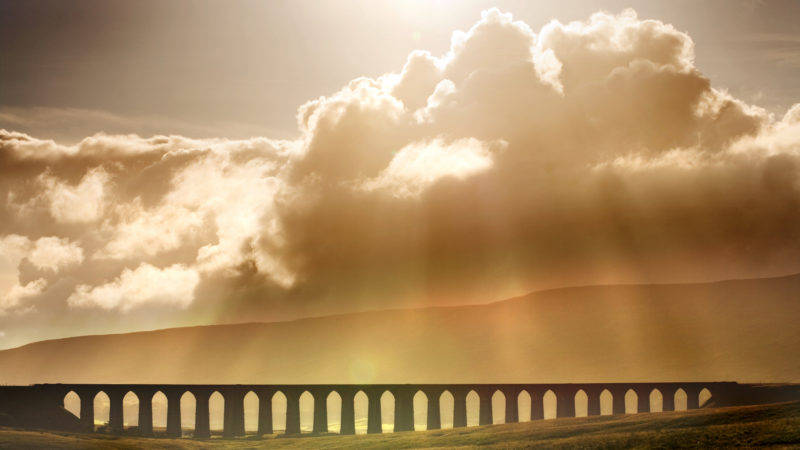 We all know how beautiful Yorkshire is – and these incredible views across God’s own county emphatically prove it.

There’s a reason why Yorkshire is so renowned for its landscape – it’s because it’s home to some of the most stunning places in the world. That may sound like an overstatement, but take a look at these pictures and tell us we’re wrong. These awe-inspiring views can all be found in Yorkshire, but they’re even better in real life than on film – better put them on your bucket list. 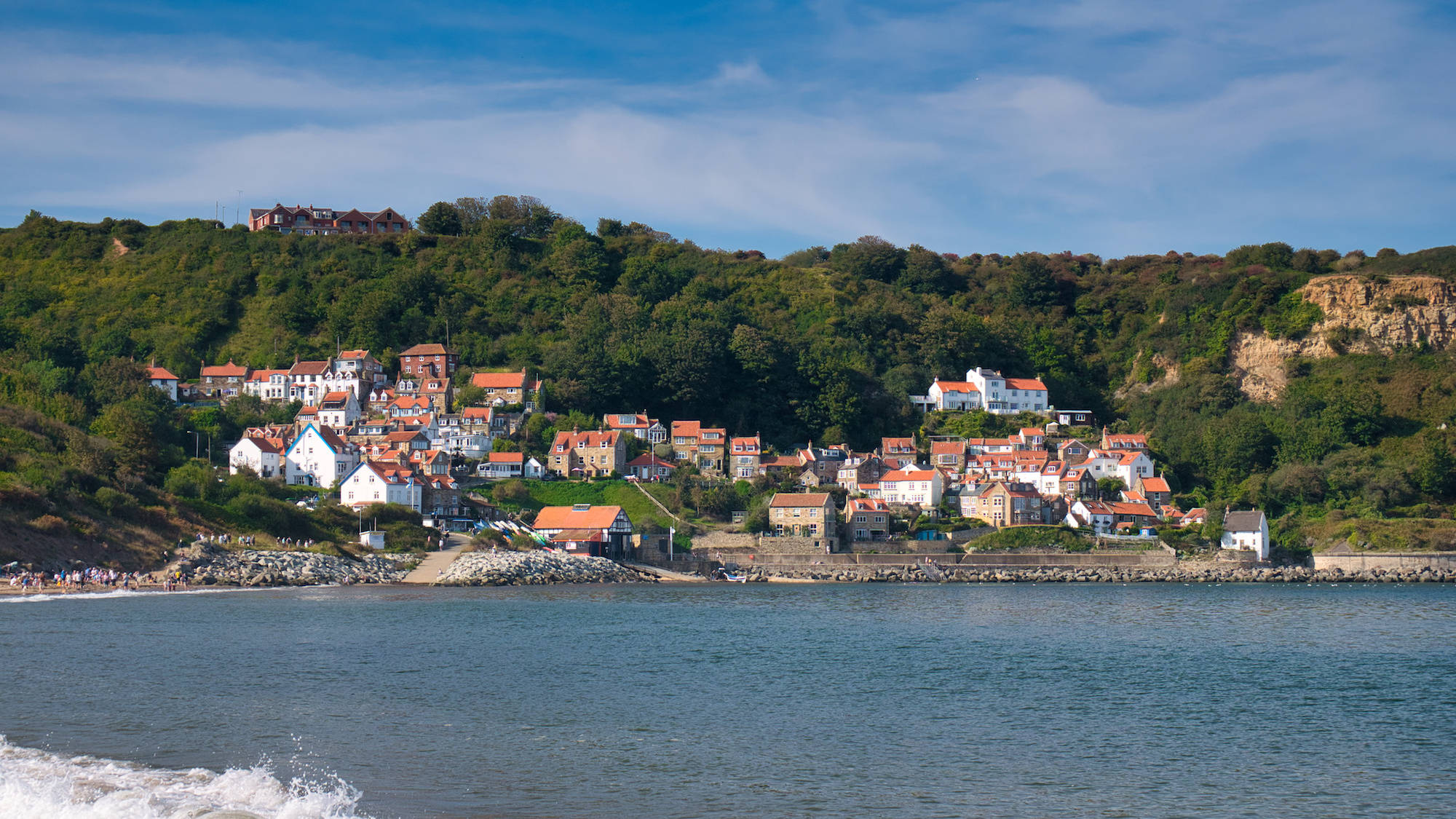 One of Yorkshire’s best kept secrets, Runswick Bay is a coastal gem tucked between Staithes and Whitby at the eastern tip of the North York Moors. It’s not the countryside that will grab your attention here though – head down through this charming fishing village, out onto the beach and look out over the North Sea, with amazing cliffs on either side.

Knaresborough is a quaint Yorkshire town not far from Harrogate. Its bigger neighbour may get more attention, but when it comes to the views, Knaresborough definitely wins. Wander up the winding streets to the Castle, where you can look out over the River Nidd and the Knaresborough Viaduct – it’s a view that will take your breath away.

Copyright: Gauridk licensed under Creative Commons for commercial use.

As the smallest of the Yorkshire Three Peaks, the often snow-covered Pen-y-ghent is already a well known landmark for eager adventurers – and it makes for quite a sight. Once you’ve reached the top of the peak, you can look out for miles across the Yorkshire landscape and down on the valley below to where the village of Horton-in-Ribblesdale lies. 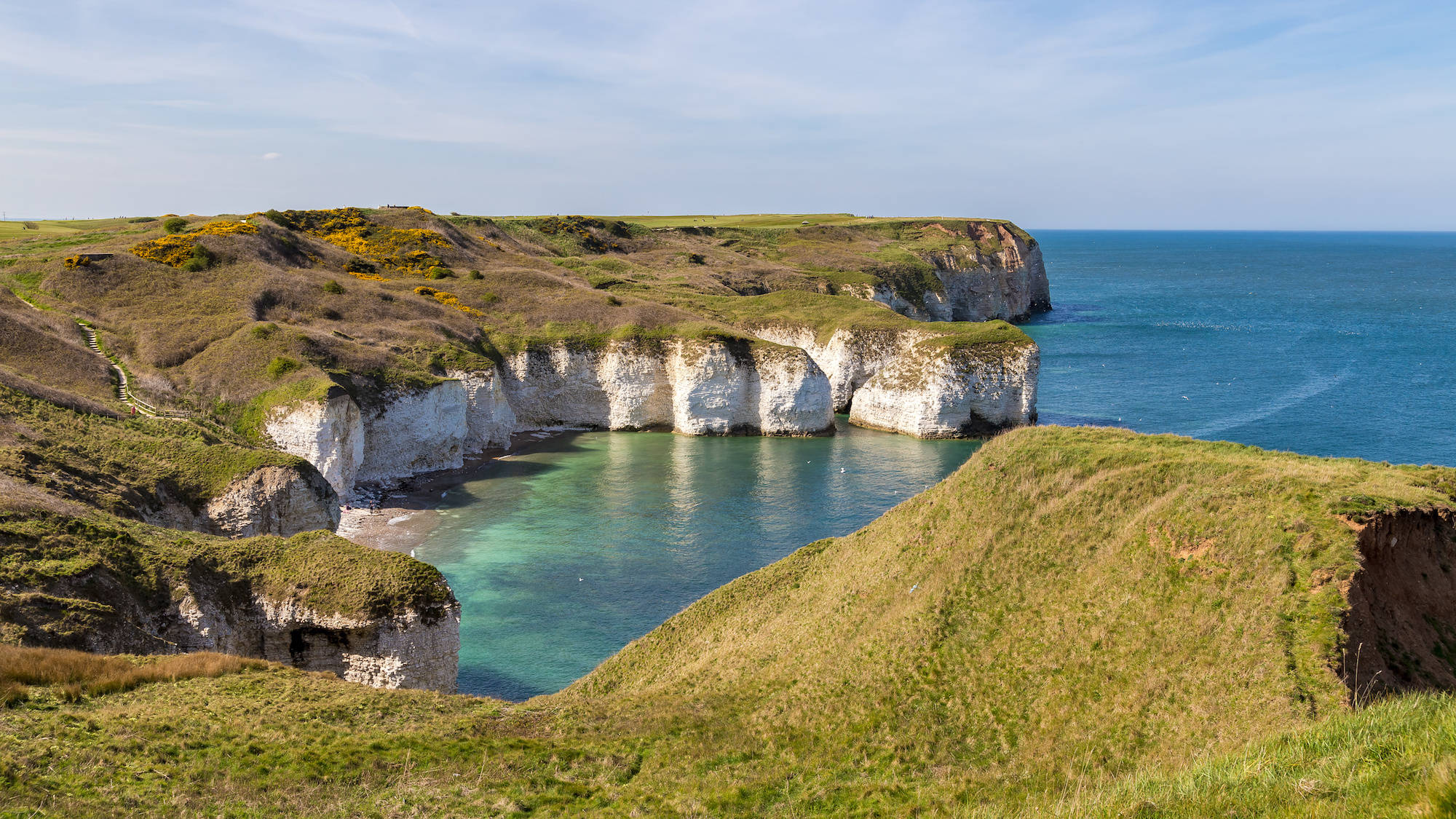 The East Yorkshire coastline has plenty of natural wonders, and Flamborough Head is one of the finest. Nestled between Filey and Bridlington, it looks out into the North Sea, offering up incredible rock formations, including a captivating arch, and beautiful white cliffs that go all the way up to Bempton – they’re not exclusive to Dover, y’know?

Whernside is the tallest of the Three Peaks in the Yorkshire Dales and, while it’s an impressive fell on its own, there’s something else that really sets it apart. At its foot is the incredible Ribblehead Viaduct, which provides a wonderful juxtaposition of beautiful nature and impressive modern engineering. Together, they make for quite the sight.

Copyright: James Russell licensed under Creative Commons for commercial use.

Spurn Point is one of Yorkshire’s best-kept natural secrets – it’s a sand spit at the tip of the eastern coast that doubles up as a nature reserve and becomes an island at high tide. Head over when the tide’s out and you’ll be able to enjoy incredible views across the water, with two lighthouses adding to the splendour of what is already a delightful coastal spot.

Copyright: Dave Merrett licensed under Creative Commons for commercial use.

It’s the highest lake anywhere in England, which is quite something in itself, but that’s not the only reason to pay a visit to Malham Tarn. It’s also an amazing place to witness the beauty of Yorkshire – head to the top of the hill for sensational vistas of the water. It flows underground to the equally impressive Malham Cove where it becomes a source for the River Aire.

Otley Chevin Forest Park is one of the most beautiful spots in Yorkshire. If you want to look out over the countryside, make a beeline for the Surprise View by taking the winding paths through the trees. At the top, you’ll be able to look out over the town and towards York on a clear day. Some say you can even see the spires of the Minster in the distance if you time it right.

Summer always looks good, but winter has its moments too, as you can see in this gloriously chilling image of Tan Hill. It’s one of the highest points in The Pennines, with unspoilt nature all around, often drenched in blankets of snow, and it makes for one hell of a view. The fact that the highest pub in the British Isles, The Tan Hill Inn, is up here too is just an added bonus.

Tucked just between Leeds and Harrogate, Almscliffe Crag is a large millstone grit outcrop near North Rigton that is well worth a day out on a ramble. You can make your way up to the top and look out across the lush, green landscapes of the Wharfe Valley, offering up views of the kind that will make you delighted to be in Yorkshire.