Discover the Story Behind Humans of Leeds’ Extraordinary Photos

See our city through the lens of Humans of Leeds. 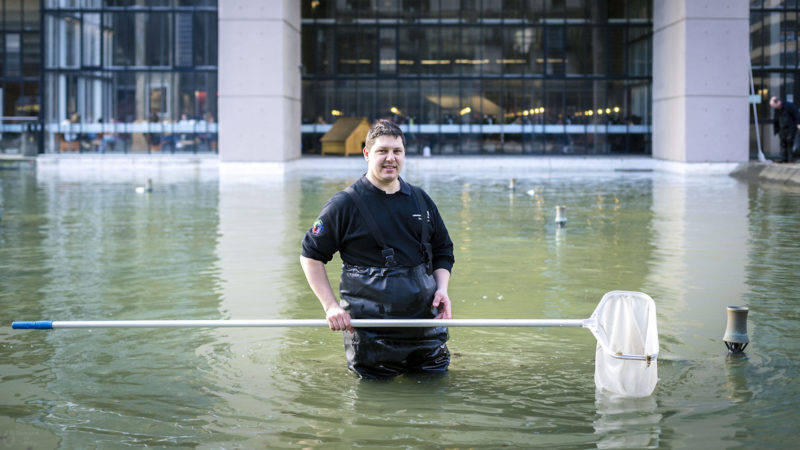 This photography project sees the people of Leeds stopped in their tracks for a snap and a chat.

Humans of Leeds is an incredible project. The work of a mysterious local photographer, known as Z, it’s a collection of street portraits of everyday people going about their business – and each comes with a story told by the photo’s subject. The stories vary. They can be anything from what the person is doing or feeling on that day to a revealing insight into love and loss through first hand experiences.

It’s a unique project that is part of a wider movement across the world. the first and the inspiration for Leeds’ own came from Brandon Stanton’s Humans of New York, with other projects in places like Iceland, Syria and Tasmania. Our one is a brilliant snapshot into the people that help make Leeds the city that it is today.

It all started when Batley-based Z finished up his last project, a 365 series that saw him snap a different photograph every day. When that came to an end, inspired as he was by Humans of New York, he started to research street photography and found that it had never been done properly in Leeds. Looking at the work of Stanton and other street photography greats like Chris Kilip and Niall McDiarmid, Humans of Leeds was born.

So what was it about street photography that drew Z in? “As much as I appreciate all forms of photography, street photography, in all it’s different sub-genres, is the most challenging, and therefore the most rewarding. The photographer has to really work hard to get a picture. It’s dynamic, unrehearsed and for me it’s life shown in its most raw form,” Z told us.

Since starting out in 2013, he’s now gone on to photograph more than 1,000 people, and a quick look through the project’s Facebook album offers up a whole spectrum of people, and most importantly, stories. There’s so much variety – an Australian who chose to make Leeds their home, a school kid talking about his experiences of being bullied and a recovering drug addict who now treks thousands of miles to raise money for charity.

For Z, it doesn’t matter what the story is though, it’s more about the people telling it, “Every story is unique for me. Some get greater attention and engagement than others, but it doesn’t make the others less interesting, or less important. We all have stories that make us who we are.”

The process of Humans of Leeds is what makes it special. Z doesn’t pick a specific location, he’s always on the move, trying to find somewhere and someone new. He mostly sticks to the city centre, but wants to venture out to the suburbs in the future. So how does he pick his subjects? “There is always something –- either by what they’re wearing, hat, shoes, something colourful perhaps, but sometimes there is nothing other than instinct and the need for interaction.”

The result is something simple, but incredibly powerful. He’s compiled an incredible collection of images and stories that showcase a cross-section of the city’s population. The stories however, can tend to take on quite a sad or self-detracting tone and it makes for compelling reading.

“It’s a process I guess,” Z tells us about how gets the city’s people to open to him. “I’ve found that people will open up if they’re ready and willing to. It can’t be forced or extracted; that never works. Quite often people say, ‘But I don’t have a great story to tell you!’ Those ones sometimes end up being the most interesting. People don’t analyse or have time to reflect on their lives that often, but when they do they realise the struggles they faced, the difficult decisions they had to make and how they overcome them. The story comes out of that.”

For Z, Humans of Leeds isn’t just a hobby, it’s a way for him to connect with the city in a way he couldn’t do otherwise, something that’s had a lasting effect on him. He told us, “It’s a privilege. It really is. If I didn’t do this project, I’d be part of the thousands who work in the city, commute in and out but rarely have any real interaction with anyone other than colleagues. I don’t think I could ever go back to those days.”

Want to take a closer look at Z’s photos and the stories of the people they show? He’s bringing his work to Left Bank Leeds for an exhibition centred on ‘Movement’ from Monday 19th to Thursday 22nd June 2017. It focusses on images that tell the story of people who’ve moved to Leeds from elsewhere, be it for work, family, study or something else entirely. It’s all to celebrate Refugee Week, and it kicks off on the Monday evening with a talk from Z. You can also see a condensed version of the Humans of Leeds exhibition in Left Bank’s Porch Gallery throughout June and July.