Wasted Space: The Ghost of Buildings Past The sight of a derelict building is often filled with a sense of frustration but also of romance. Once hives of activity, but now brought down to their knees without sympathy.

Leeds is home to some historic, architecturally wondrous constructions, now in and out of use. The abandoned ones, however, do seem to come full circle and demand once more the attention of people.

For what reason? Wistfulness? Romance? A desire to right some wrongs? Probably all of the above. Here we take a look at a few bits of treasure that may well be worth keep an eye on. 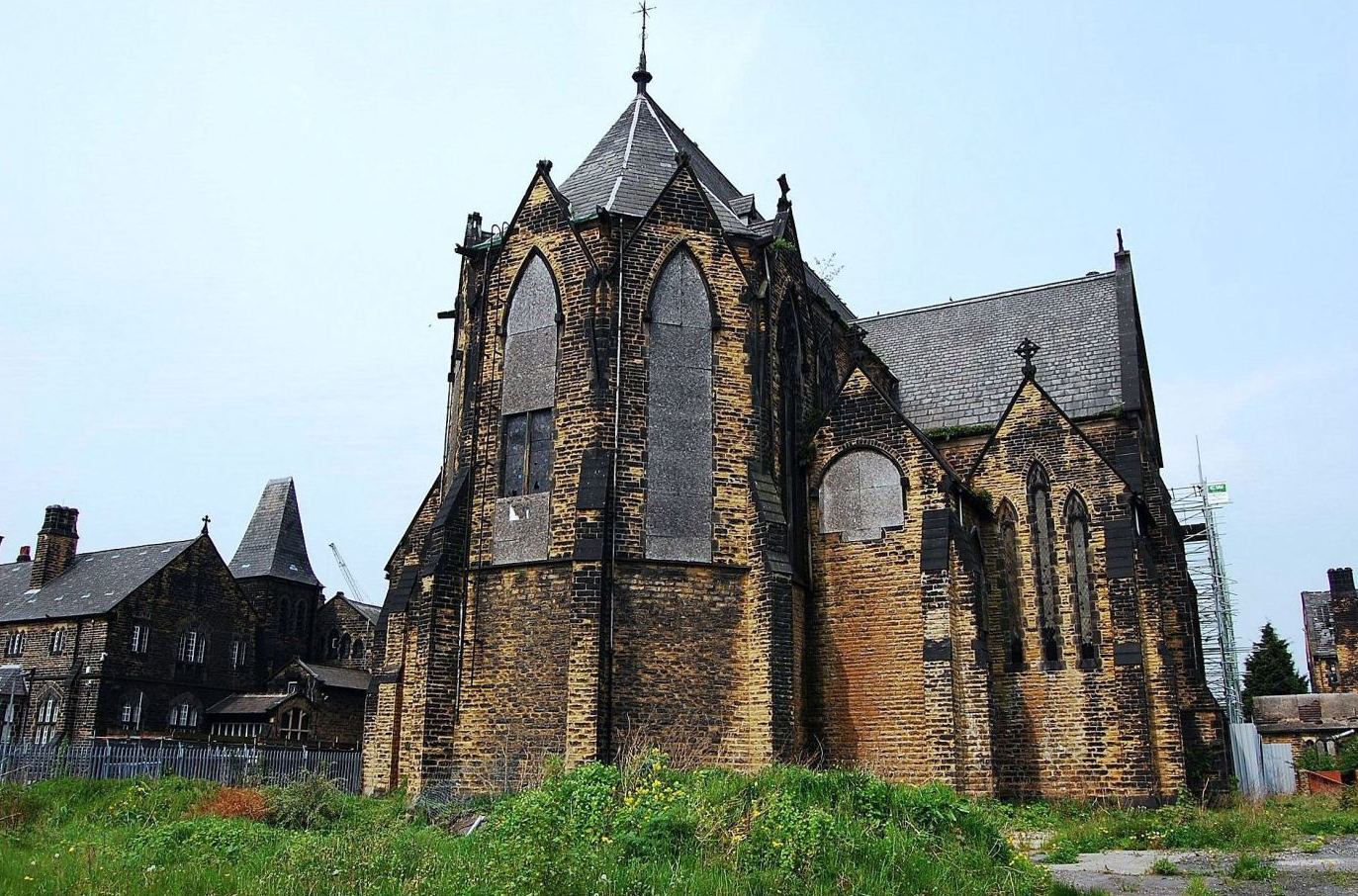 Located just outside the city centre to the east, in Richmond Hill, Mount Saint Mary’s is a relic of a dark period in history. Refugees escaping the devastation of the famine in Ireland found themselves in what is known as ‘The Bank’.

The Grade Two listed building was opened in 1857 thanks to the Oblates of Mary Immaculate, it is hard to overestimate the effect St Mary’s had on the area.

It salvaged a community, taking away the desperation of these people and offered them hope, whilst also looking after those who were too sick or poor to look after themselves.

Having shut in 1989, and after being deconsecrated by the Catholic Church, it stands forlorn with boards and scaffolding, yet its character and stature, even in desolation, is remarkable.

Almost cathedral-like in its size, past all the debris and fallen rocks, the attention to detail is remarkable; from the altar to the statues, the pillars to the walls. Mount Saint Mary’s Church is a diminished giant that the city of Leeds would do well to have in use once again.

Spanning 1500 yards from the suburbs to the city centre, the Holbeck Viaduct was once a rail link for the south of the city to Leeds Rail station. Built in 1869 by T.E. Harrison, it is often considered a striking piece of Victorian architecture and it would be churlish to disagree.

With 85 arches, 7 steel over bridges, 2 arch over bridges and a subway, it is a remarkable product of the industrial revolution that not only looked impressive, but also provided a much needed transport link into the city.

Now I understand that this isn’t a ‘derelict’ building, but it is an abandoned artefact of a time gone by that could still have its uses today. Not as a railtrack, but as a walkway into the city centre.

This ‘skywalk’ idea has been mooted in the past but nothing has come to fruition as yet. Having already been implemented in New York and Paris, there is a track record that suggests Leeds could really benefit.

Instead of becoming increasingly decrepit and overgrown as well as a barrier between Holbeck and the city, the conversion of the viaduct into a footpath and/or cycle path would be a representation of city growth, whilst also maintaining one of the area’s finest structures.

This Grade 2 listed building takes pride of place on Headingley lane. Its Neo-Grec design makes it stand out a mile, though the view of it in disrepair is an unsightly one.

First built in 1914 as a Sunday School as part of the First Church of Christ Scientist, its completion was delayed until 1934 thanks to the outbreak of war, costing a cool £38,000.

Having been bought by the school in 1986, it was used as a centre for music and theatre as it situates itself just to the west of the main school site. However, they decided they would attempt to sell the building to Wetherspoons in 2007.

Having fallen through thanks to already high number of bars in the area, as well as the centre’s position within a residential area, the building remains sadly unused.

The future is an uncertain one at the moment. With local MP Greg Mulholland behind the protection of the building and the local area, it seems that the next step will have to be right for all parties, unlike the Wetherspoons debacle.

It’s a building full of character, and with a ready made auditorium waiting inside, it may be that the best solution would be within the entertainment industry; a cinema, concert hall or theatre space could really blossom here.

Now this one is a little different. It’s not a neglected architectural masterpiece. Nor does it have any particular devotion due to it from the city of Leeds.

The CASPAR Apartments on North Street were built in 2000 as green and affordable accommodation in the city centre for well-off single people. They were practical construction wise too, since they could build each flat in a factory and a crane would lift them in.

Disaster struck soon enough though. It seemed as though they had the building the wrong way round. By putting the stronger ground floor apartments on top and the weaker upper floor flats below, they created a catastrophic disparity.

As a result, people were evacuated from their homes as high winds battered the building, making it sway back and to.

Instead of lasting the expected 60 years, it lasted just 7 and left a slowly decaying modern build to regret its own existence. Today, they’re left empty; a welcome reminder to sustainability rather than affordability.

To see these structures vacant, disused and unloved is a crying shame for a multitude of reasons. They were people’s homes, places of community and education and catalysts for industrial development. They have played some part in constructing the city of Leeds and its illustrious history.

Whether they have a part to play in the future depends on the support of the people on the street and the officials in offices. Want to make it happen? Don’t let your favourite buildings disappear into the ether of a time gone by and throw your backing behind them before it’s too late!

If there are any other derelict and disused buildings you believe we should cover, drop us a message below.