Oh My! Culture is Back – Get Tickets To These 5 Unmissable Events Before They Sell Out 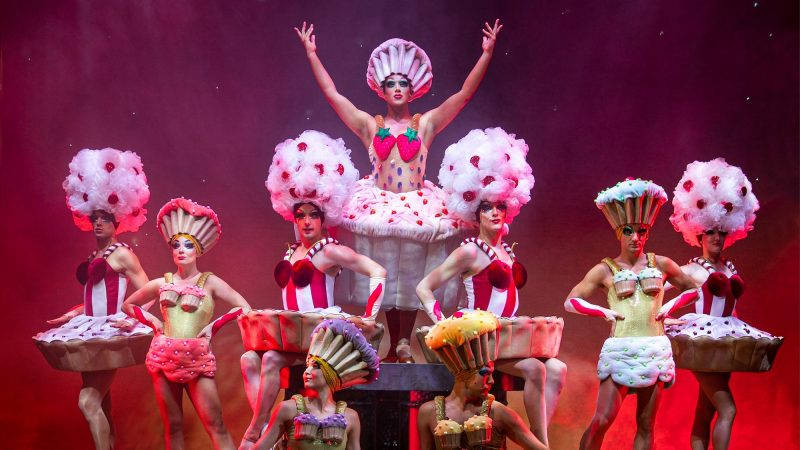 Missing the theatre? Craving live music? Culture is back and we can’t wait!

Culture has been thin on the ground over the past year, but as things slowly start get back to normal, events are back on the table. From show-stopping musicals to heart-rending ballets, cool jazz festivals and massive comic conventions, these events are the perfect re-entry into the world of culture, so take a look, round up your pals and get tickets while you can. A mix of magnificent costumes, astounding choreography and spine-tingling music, Northern Ballet’s modern take on Swan Lake is ballet at its finest. Reimagined by David Nixon OBE and set to Tchaikovsky’s enchanting score, played live by the Northern Ballet Sinfonia, it follows Anthony, a man haunted by guilt after the tragic loss of his brother. Torn between two loves, he looks to the water for answers, and it’s here that he crosses paths with Odette, a princess desperate to escape the curse that turned her into a swan. Leeds Comic-Con will bring some of the biggest names in TV, film and literature to New Dock Hall at the end of June. You can meet your heroes and get signed memorabilia from Doctor Who’s Peter Davison, Harry Potter’s Josh Herdman and Star Wars’ legend Jimmy Vee. There will also be performances from The Superheroes Cosplay group and The Flintstones. In between the attractions, you can explore the market area where they’ll be selling all kinds of comics, collectables and merchandise. It’s the big day out we’ve all been waiting for.

Priscilla Queen of the Desert Wigs, heels and glitter at the ready, because Priscilla Queen of the Desert is coming to Leeds Grand Theatre this July. Based on the Oscar-winning movie, this raucous, heart-warming adventure of self-discovery follows three friends who head to the Australian outback to put on the show of a lifetime. It’s full of glitz and glamour as two sassy drag queens and a transgender women don show-stopping costumes and put on spectacular dance routines to hit classics like ‘Hot Stuff’, ‘I Will Survive’ and ‘It’s Raining Men’. Go back to the Paris of the 40s and 50s at Leeds Playhouse this summer as Piaf finally takes to the stage. It’s the remarkable story of Edith Gassion and her rise from performing in Parisian streets to becoming one of the biggest stars in the world. You’ll get to hear songs from Piaf’s unforgettable musical career, including ‘La Vie en Rose’,  ‘Hymne à l’amour’  and  ‘Non, Je Ne Regrette Rien’, but you’ll also get an insight into the enigmatic artist’s extraordinary personal life, from car crashes to addiction.

You can enjoy the sound of live music once again as Hyde Park Jazz Festival celebrates the city’s great jazz scene. The first wave of artists confirmed to play means you’re already in for quite a night. The Fergus Quill Trio will show off their psychedelic grooves, before Lara Jones takes to the stage with her saxophone. Next, The Mabgate Organ Trio will fuse jazz, blues and funk into one hell of an instrumental mix and Matthew Bourne’s avant-garde compositions will round off the festivities.