Oh What a Knight! Get Ready for Jubilee Jousting at the Royal Armouries this August Bank Holiday Weekend

Get set for a knight's tale this bank holiday. 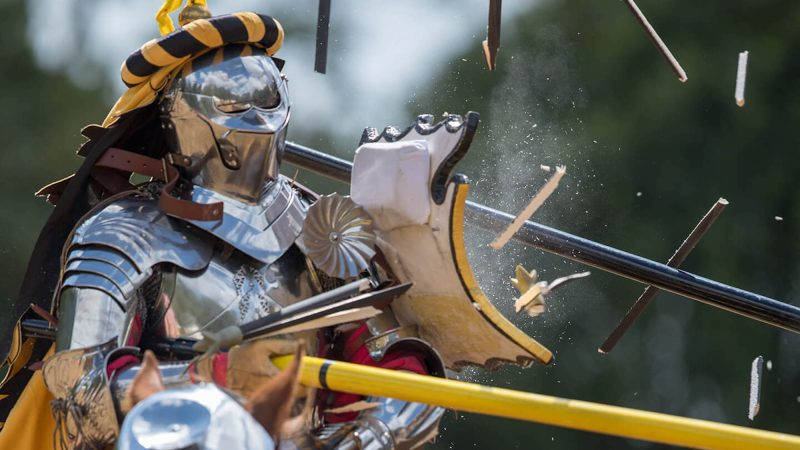 Sponsored by the Royal Armouries

The Royal Armouries has a packed programme of events for all the family this August bank holiday. Knights will battle it out in the jousting arena, with plenty more to see and do. Find out more and book now.

Lances at the ready – the bank holiday will see knights clash in Leeds.

Time was that jousts took place every year to celebrate the reign of a monarch – with the Royal Armouries always at the heart of the event. Hundreds of years later, Leeds’ own Armouries are all set to welcome the knights and their trusty steeds back into the arena to celebrate the Queen’s Platinum Jubilee. From Saturday 27th to Monday 29th August 2022 – the bank holiday weekend – there’ll be two tournaments daily, and you can even get a right royal balcony view!

Thrill to the pomp and pageantry 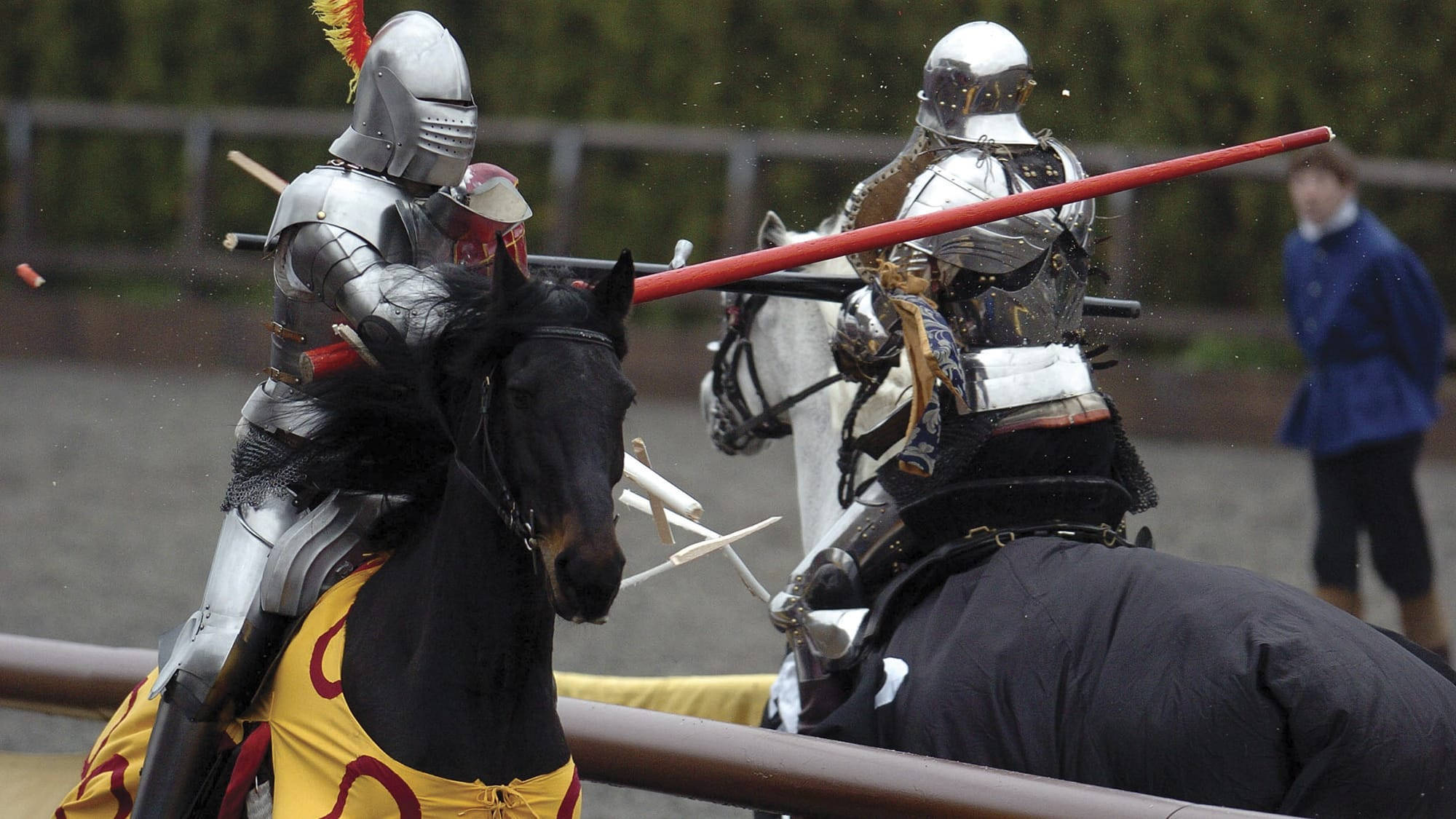 Watching jousting is as thrilling as it gets. Horses charging through the tilting grounds, knights poised with lance in hand, the anticipation as they ride towards each other – and you can see it up close. To celebrate Queen Elizabeth II’s Platinum Jubilee, the Royal Armouries are hosting three days of jousting tournaments with an Elizabethan theme. Want to cheer on the knights as they battle for honour? Get your tickets before they sell out.

There will be two shows daily from Saturday 27th to Monday 29th August, at 12pm and 3pm, and there’ll even be a visit from Queen Elizabeth I herself, the monarch whose 16th-century reign saw yearly jousts at the Queen’s Accession Day Tilt. Back then it was a chance for rivals and courtiers to gain favour and impress the monarch – and the upcoming event promises to be no different.

If you don’t want to miss out during that busy bank holiday weekend, get your tickets as soon as you can. For the first time ever, they’ve released balcony tickets, priced at £20, which give you the very best view from above the action. Available on Saturday and Sunday only, they’re strictly limited. If you can’t stretch to that, the great news is that there are more affordable £10 and £5 tickets up for grabs too – you’ll be part of the cheering throng wherever you are. 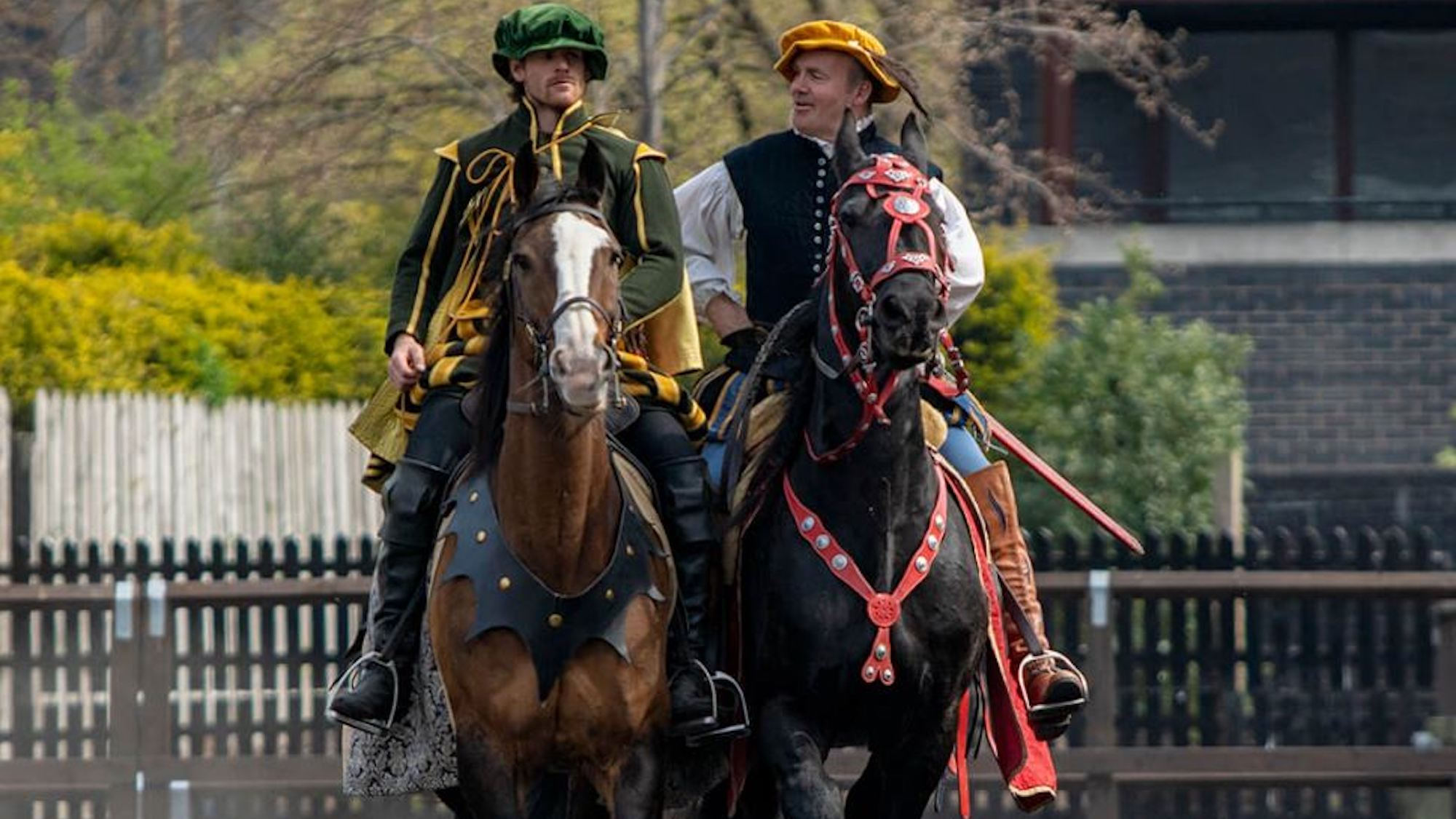 If the jousting isn’t enough, you’ll be glad to know that there’s a whole lot more going on at the Royal Armouries Museum during the holidays – and you and your family will love it. They’ve been celebrating the Elizabethan age all summer long and, whether you’ve got a jousting ticket or not, there’s still plenty of holidays left to explore everything else that is going on, including live-action combat demonstrations featuring historical characters.

The outdoor arena will have daily free horse shows from Friday 19th August to Friday 26th August 2022, at 12pm and 3pm. Expert riders will bring to life the medieval sports that Elizabeth I and her court would have enjoyed during the 16th century. Want to get closer to the horses? You can visit the stables where you’ll also meet the grooms. Head to the outdoor Craft Court and you can also say hello to a real blacksmith who’ll be giving demonstrations of his blacksmithing skills at the weekend.

Of course, you’ll also have free access to the whole museum at the Royal Armouries, with five different galleries displaying a breathtaking collection of arms and armour. You’ll gasp at the giant elephant armour and can see for yourself the beautifully decorated armours worn by Elizabeth I’s courtiers. Creative kids will want to take part in the craft activities, while budding arrowsmiths can have a go at archery during the bank holiday weekend. In other words, there’s never a dull moment.

The Elizabethan Jousting Tournament comes to the Royal Armouries from Friday 27th to Monday 29th August 2022.