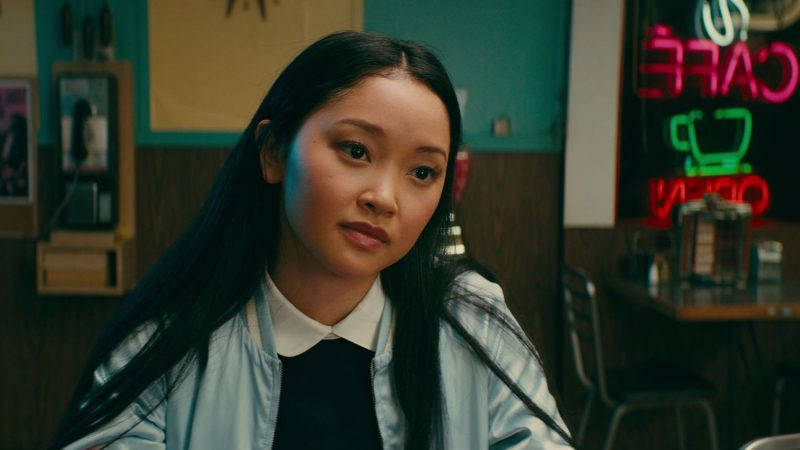 Whether you’re a rom-com lover or a horror fiend, there are loads of awesome films to watch on Netflix.

The coronavirus has got us all holed up at home, so what better time to check some films off your Netflix watch list? There’s oodles of choice on the streaming site, so to give you a hand, we’ve rounded up 21 must-see films. From Oscar-winning dramas to feel good comedies and action-packed adventures, there’s something for everyone to enjoy – all you need to do is jump on the couch and hit play.

Enola Holmes. You probably know the story of Sherlock Holmes, but what about his sharp-as-a-whip sister, Enola? In this whimsical film you’ll follow young Enola as she unravels the mystery of her mother’s disappearance, all while out-smarting her genius brother. Expect an all-star cast that includes Millie Bobby Brown, Helena Bonham Carter and Henry Cavill.

Clueless. A classic 90s rom-com that never gets old, Clueless follows popular Beverley Hills schoolgirl Cher. She’s dressed to impress and on a mission to give tom-boy Tai a makeover so she can help her win the school’s biggest heart throb, Elton. It’s a funny, feel-good film that’s based on Jane Austen’s romance Emma.

Marriage Story. This Oscar-nominated picture tells the raw, emotional tale of a couple in the midst of a messy divorce. Charlie and Nicole’s marriage is unravelling, but they try to keep their family together for their son Henry. Soon though, a rift forms when Nicole moves to LA with Henry while Charlie is determined for them to stay in New York.

A Quiet Place. Speak and you’re dead. A Quiet Place will take you into a world overrun with monsters that hunt by hearing. You’ll follow two parents – Lee and Evelyn Abbot – as they fight to protect their children. How will they cope as expectant-mother Evelyn reaches her due date? It’s a non-stop thriller that stars married duo Emily Blunt and John Krasinski.

The Trial of the Chicago 7. This film is a dramatisation of the trial that gripped America in 1969. When a protest against the Vietnam War turns into violent riots, seven radicals are charged with conspiracy. As the courtroom drama unfolds, it paints a poignant picture of a divided America rife with prejudice, unrest and corruption that still resonates today.

Notting Hill. A classic romance starring Hugh Grant and Julia Roberts, Notting Hill tells the tale of a London bookshop owner and a Hollywood actress whose paths cross and fall in love. But it isn’t all smooth sailing as their different lifestyles throw their romance into turmoil. Will it be a happy ending or will it all end in tears? Watch and find out.

BlacKkKlansman. Ron Stallworth was the first African-American detective in the Colorado Springs Police Department and, in the 1970s, he made it his mission to bring down the KKK. He risks his life to go undercover, infiltrate the hate group and expose its crimes. Based on a true story that’s been adapted by Academy Award-winner Spike Lee, it’s a must watch.

The Revenant. A gritty, epic story of survival and retribution that’s based on real life, The Revenant is a must-watch. 19th-century frontiersman Henry Glass sets out into the icy wilderness along the Missouri River, on the hunt for animal fur. But when he’s attacked by a bear, his team abandon him on the brink of death. Expect violence and brutality as Henry vows revenge.

Bird Box. Set in an apocalyptic world haunted by an invisible force that drives people to suicide, this film follows a mother desperately trying to get her children – Boy and Girl – to a safe refuge buried deep in the forest. To get there, they’ve got to navigate wilderness, temptation and a rushing river, all while blindfolded.

La La Land. An all-singing, all-dancing tale of love and loss, La La Land won’t disappoint. You’ll watch as aspiring actress Mia and jazz pianist Sebastian fall in love. But as their careers take off it forces them to choose – love or stardom? This magical romance is brought to life with original tunes like ‘Another Day of Sun’ and ‘City of Stars’.

To All The Boys I’ve Loved Before. If you’re in the mood for a cute teen rom-com, this heartwarming Netflix original is just the ticket. Lara Jean’s love letters are meant for her eyes only, but trouble strikes when someone secretly sends the letters to every boy she’s ever loved. Can’t get enough of Lara Jean’s love life? A sequel has just been released, also on Netflix.

About Time. This whimsical rom-com follows Tim Lake, a hopeless romantic who can time travel. Instead of using his unusual gift to seek money or fame, he uses it to win the heart of Mary, a girl he met in London. He zips back and forth in time to construct the perfect love story, but as the couple have children and face tragedy, matters get more complicated.

Extraction. If action movies are your bag, check out Extraction. You’ll join hardened mercenary Tyler Rake, played by Chris Hemsworth, as he’s sent into Bangladesh to rescue a drug lord’s kidnapped son. Get ready for plenty of edge-of-your-seat action sequences and cold-blooded shoot outs as the dangerous mission turns deadly.

Hot Fuzz. Edgar Wright’s Hot Fuzz is an action-comedy full of big belly-laugh moments. It stars Simon Pegg and Nick Frost as a bumbling pair of coppers in a sleepy Somerset village that’s suddenly rocked by a series of murders. With secretive villagers to expose and a runaway swan to wrangle, will they ever catch the killer?

Mamma Mia. Donna is preparing for her daughter Sophie’s wedding when three of her ex-flames turn up unannounced. They’ve been secretly invited by Sophie, who wants to find out who her dad is before the wedding. A story of family and romance soundtracked to ABBA’s greatest hits, it’s the ultimate feel-good film that’ll get you dancing in your living room.

50/50. A comedy, drama, tragedy and romance rolled into one, 50/50 is a real rollercoaster. It tells the story of Adam, a young man living life to the full with his best friend, until he’s diagnosed with a rare form of cancer that’s got a 50% survival rate. It’s a poignant tale that finds love, optimism and humour in the most unexpected places.

Zodiac. The Zodiac killer is one of the creepiest unsolved mysteries in America. This film follows a team of journalists that become obsessed with the killer as he leaves a trail of bodies and cryptic puzzles across San Fransisco. Based on real events, this gripping thriller stars Hollywood heavyweights Robert Downey Jr, Mark Ruffalo and Jake Gyllenhaal.

The King’s Speech. Colin Firth plays King George VI in this Oscar-winning flick. The monarch struggled with a stammer for most of his life – that is until he met eccentric speech therapist Lionel Logue. Based on true events, the film tracks the King’s ups and downs as he prepares for a historic national broadcast when Britain is on the brink of war.

El Camino: A Breaking Bad Movie. Love Breaking Bad? Find out what happened next with El Camino. It’s an epilogue to the crime thriller where you’ll follow Jesse Pinkman as he leaves behind Walter White’s meth business and goes on the run. A fugitive haunted by a dark past, Jesse’s only hope is Ed Galbraith, a man who can erase his identity… for a price.

The Terminator. It’s 2029 and machines rule the world, but a human resistance is forming. To stop them, the indestructible Terminator is sent back to 1984 to kill Sarah Connor, an unsuspecting waitress whose unborn son will lead the humans against the machines. It’s Schwarzenegger at his best and the action-packed plot will have you on the edge of your seat.

Jurassic Park. A Steven Spielberg’s classic, Jurassic Park charts the terror that unfolds when an entrepreneur opens a wildlife park of dinosaurs that have been brought back to life with pre-historic DNA. Inevitably, the creatures break loose and those trapped in the park are left to fight for their lives. Expect mad scientists, bloody attacks and one big, angry T-Rex.