Are you ready to make the most of the August bank holiday? 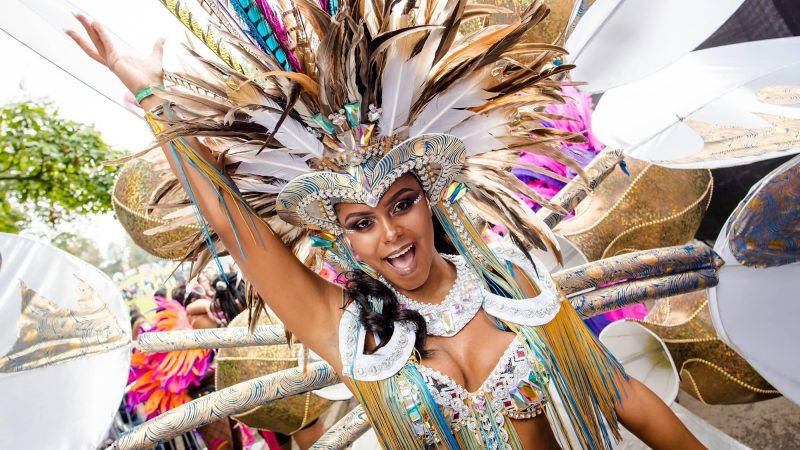 The next bank holiday is just round the corner – but what will you get up to on the long weekend in Leeds?

As ever, there’s a little something for everyone in Leeds this bank holiday. From live music and huge shows to fun-filled days out for all the family, it’s going to be a great weekend. And to make it that little bit easier for you to narrow down the options, we’ve rounded up the best events, all in one place – check it out, before you decide what to do with your long weekend. 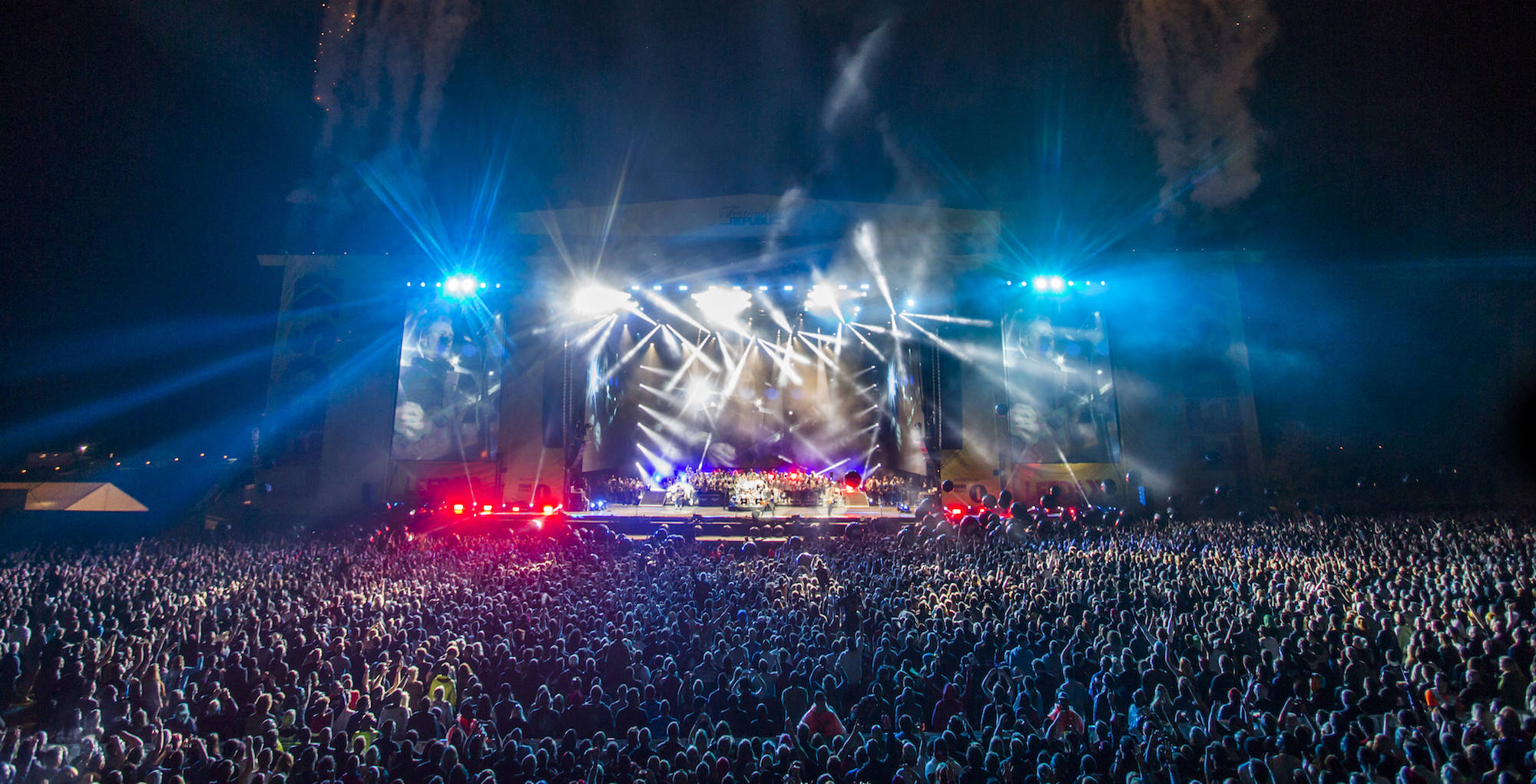 Derren Brown – Showman. You never know what’s going to happen during a Derren Brown show before you sit down, and it’s this anticipation that makes it such an experience. Off the back of a hit debut run on Broadway, Brown’s bringing his new ‘Showman’ set to Leeds Grand Theatre to kick off your bank holiday weekend in Leeds with a bang.

Leeds Festival 2022. It’s always one of the highlights of the August long weekend and Leeds Festival has a line-up to match its reputation. The Bramham Park shindig welcomes two massive headliners on each night – Rage Against the Machine and Halsey end Friday, Dave and Megan Thee Stallion close Saturday and Arctic Monkeys and Bring Me the Horizon see Sunday out.

Freddie Gibbs. A rapper lauded by the press and peers alike, now you can find out when Freddie Gibbs makes his long-awaited appearance at Belgrave Music Hall to kick off the bank holiday in Leeds. He’ll run through a selection of the tracks that have made him such a bonafide star, including cuts from his LPs with Madlib, ‘Piñata’ and ‘Bandana’. 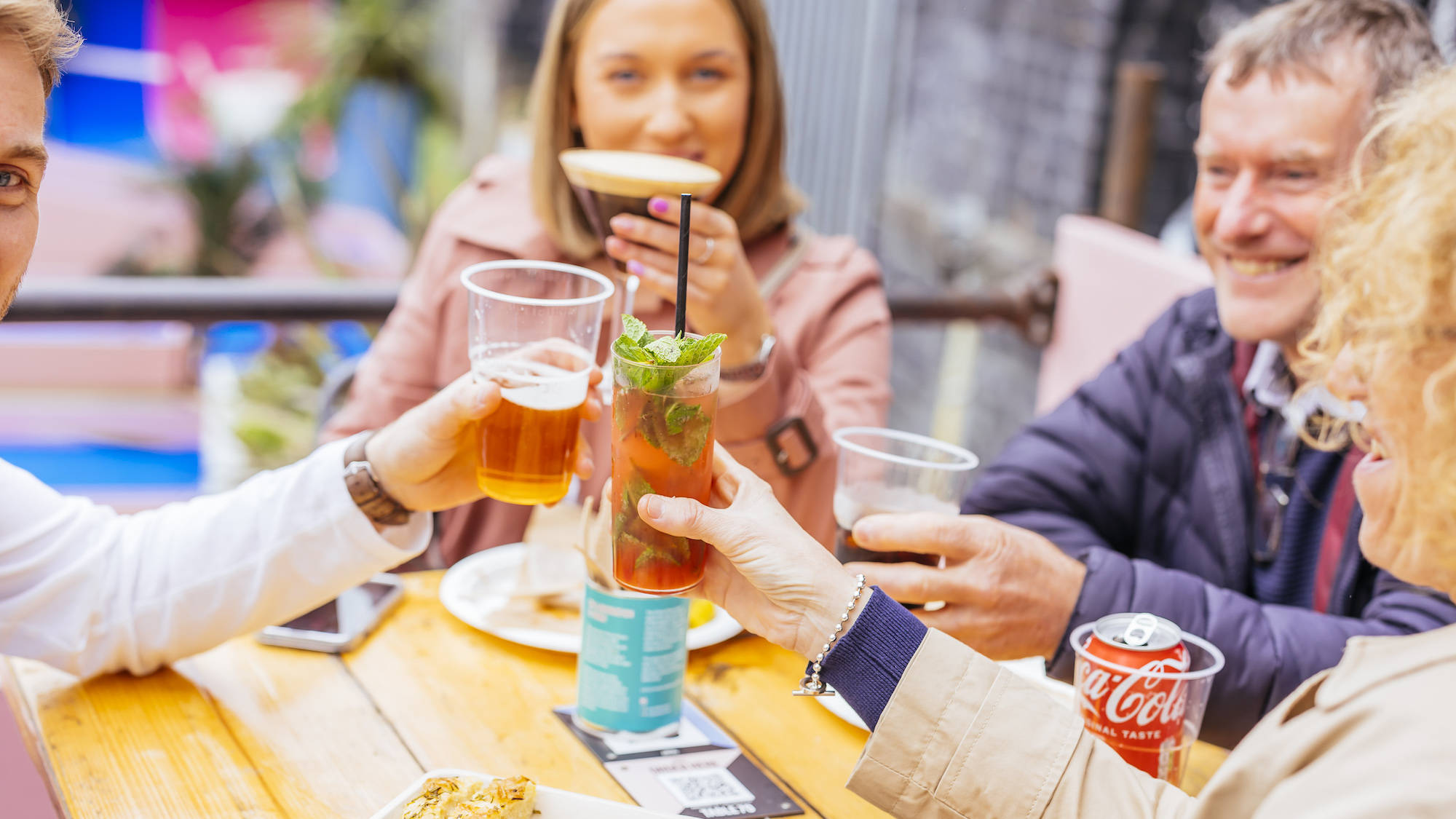 Diljit Dosanjh. You can catch a true star of Indian music and film on bank holiday Friday. He’s a singer and an actor, a film producer and a television presenter, a combination that has made him one of the most recognisable stars in the world. He’ll take you on a career-spanning journey through his musical career when he brings his Born to Shine World Tour to first direct arena.

Chow Down. It’s the place to be in Leeds every weekend, but Chow Down goes all out for its bank holiday celebrations and this August will no different. Get down to Temple Arches to enjoy eats from Slice Boro, Asado Kitchen and the Little Red Food Truck. Across the weekend, you can look forward to entertainment from Bingo Lingo, James Holroyd and House of Sun too.

Awful Auntie. Heartbreak Productions are taking over Temple Newsam for their outdoor theatre adaptation of David Walliams’ hugely popular novel, Awful Auntie. This is the perfect way to introduce the little ones to the world of drama as ghosts, escapes and motorcycle rides help Stella evade her awful aunt and save the family home.

Siobhan Phillips. If you fancy a dose of comedy this bank holiday weekend in Leeds, check out Siobhan Phillips on her debut UK tour. The Britain’s Got Talent 2019 finalist captured the hearts and funny bones of the nation with her hilarious self-penned songs that give observational comedy a musical edge, tackling topics from being a first-time mum at 40 to mother-daughter relationships.

Rahat Fateh Ali Khan. The Fateh Ali Khan family are one of the most popular musical lineages anywhere in the world, bringing Qawwali music to millions of people. Rahat is the one carrying the torch and he’s bringing the songs that made him a star to first direct arena on bank holiday Saturday for the first time since November 2019.

These Smiths & Shadowplay. Leeds Irish Centre plays host to three stellar tribute bands paying homage to the greats of the 1980s. First up, Buzzkocks will be bringing the punk energy before Shadowplay run through Joy Division favourites like ‘Atmosphere’ and ‘Love Will Tear Us Apart’. Finally, These Smiths will bring the tunes of Morrissey, Marr and co back to life. 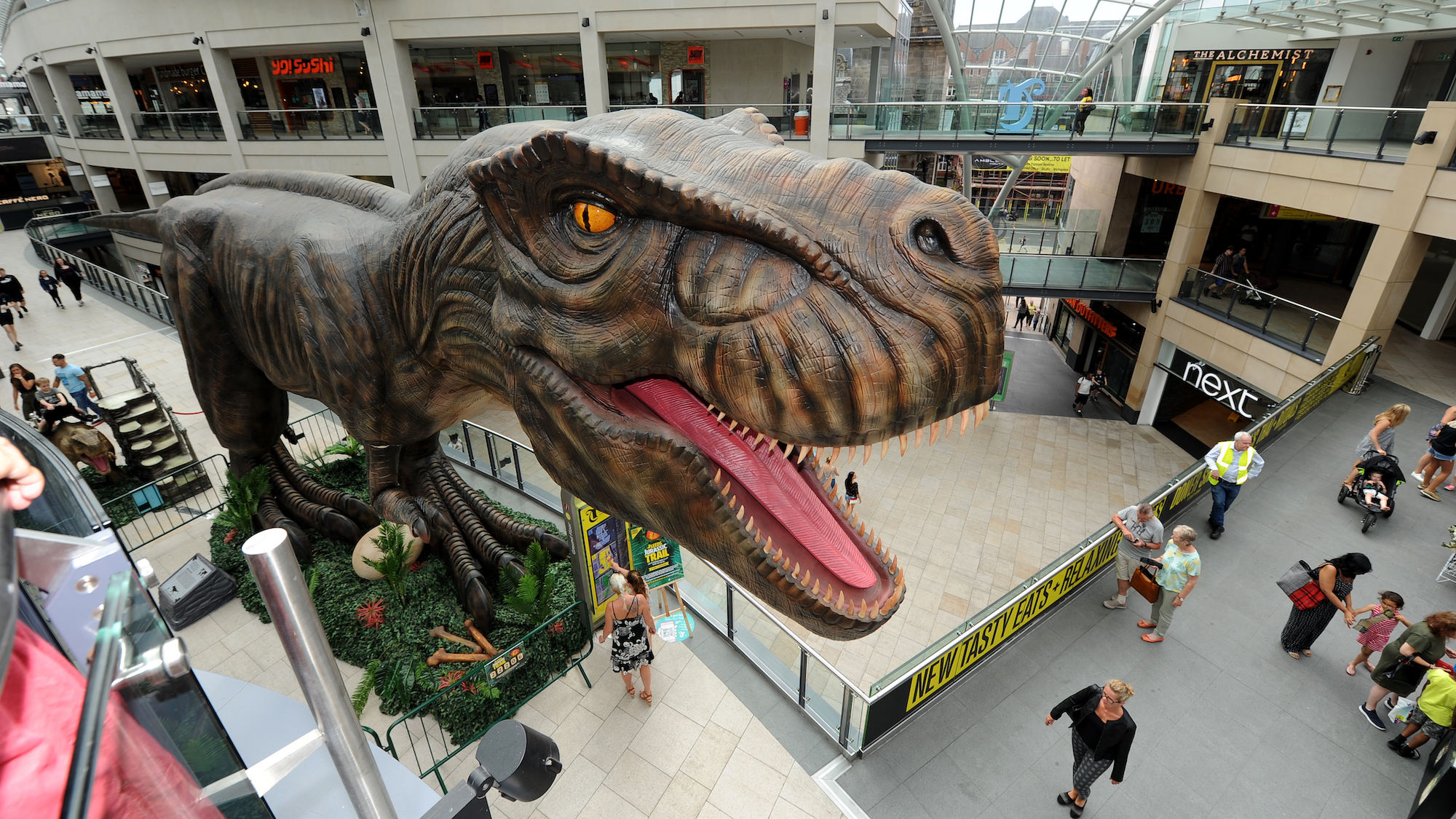 This Must Be The Place. One of the coolest music festivals in Leeds returns on Saturday and Sunday this bank holiday weekend. Headrow House and Belgrave Music Hall welcomes an assortment of indie and alternative greatness – Snapped Ankles, She Drew the Gun and The Cool Greenhouse play on Saturday, with The Orielles, Willie J Healey and Bleach Lab on Sunday.

Leeds Jurassic Trail. The dinos have taken over Leeds again! You can enjoy a fun family day out this bank holiday as the Jurassic Trail leads you on a dino hunt across the city for the third time. You have a dozen life-sized, animatronic dinosaurs to seek out at various locations across Leeds – can you find the T-Rex in Trinity or the Stegosaurus in The Core? Get hunting! 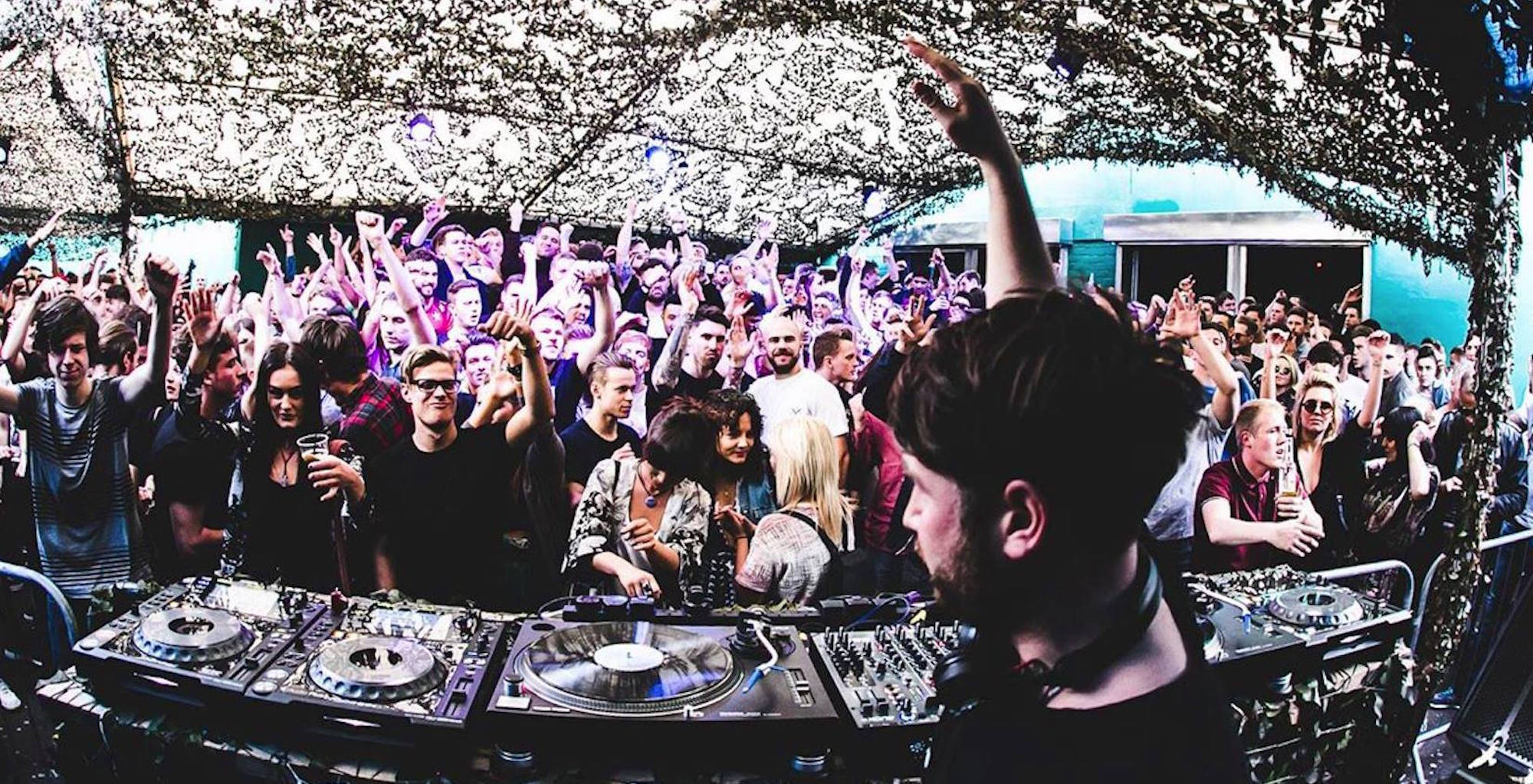 Metalheadz. One of the most important record labels in the rise of drum and bass in the UK, Metalheadz is making its return to Leeds with a takeover of Headrow House on Sunday night. From 11pm until 5am, you’ve got four D&B icons spinning some of the heaviest dubplates of all time – Medic MC, Diverge and Sabrina warm up for the legendary Goldie.

The Terrace Party. It’s not a bank holiday in Leeds without The Terrace Party, and you’ll be pleased to know they’re going all out for their August edition. They’ve got an impressive line-up of house and tech house DJs taking you from 3pm to 5am. Get ready to groove to Bass Jamz, Visualise and Batesy, before headliners Gaskin, Kreature, Ben Sterling and Pawsa hit the decks.

Radical Acts. The bank holiday weekend is your last chance to visit the cornerstone exhibition of the second Harewood Biennial. Don’t miss out on seeing Radical Acts – curated by Hugo Macdonald, it uses the new and existing works of 15 acclaimed practitioners to explore why craft can be a radical act and why it matters. 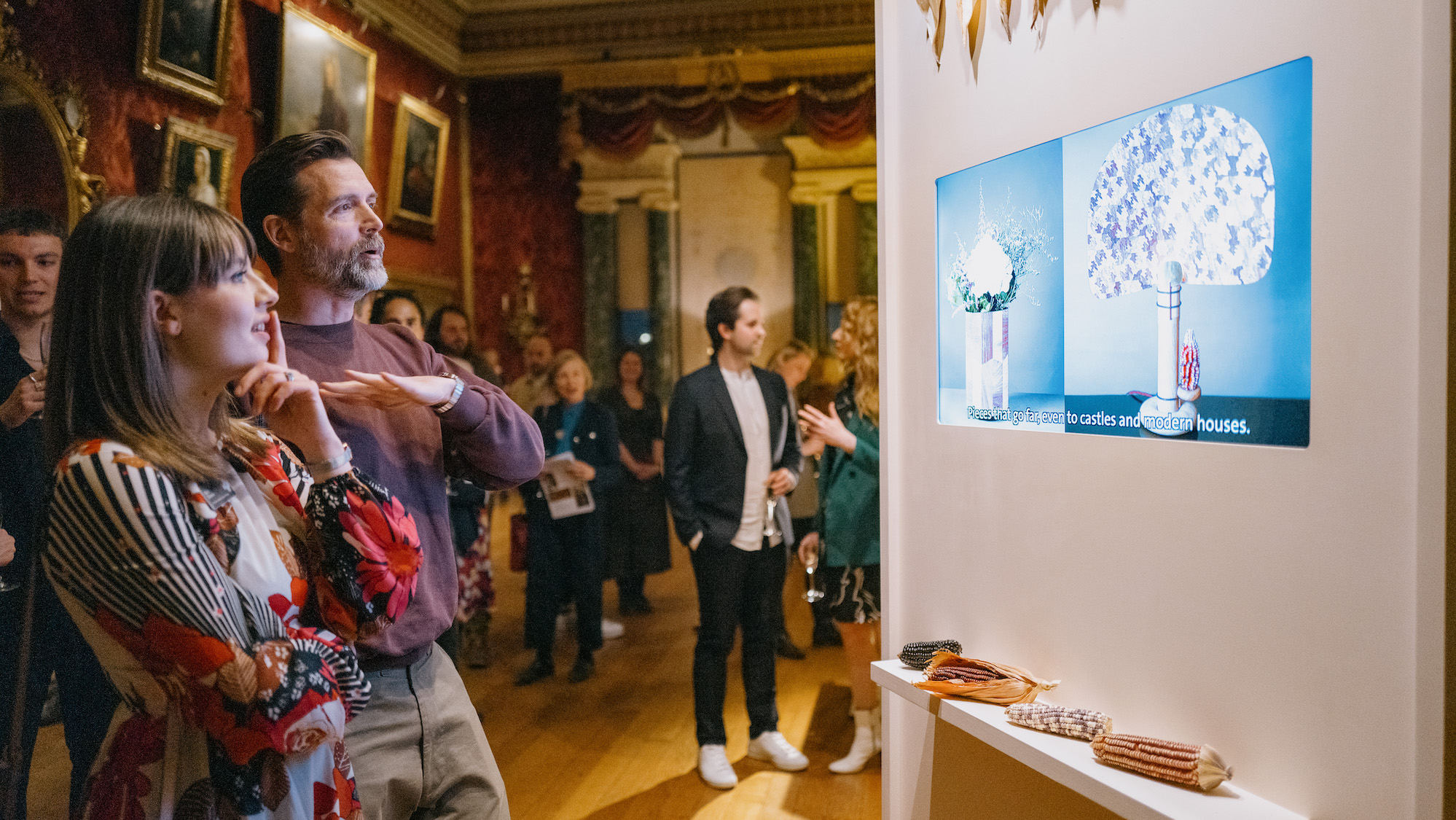 Kurt Vile. The slacker-tinged rock songs of Kurt Vile have taken him from indie outcast to alt rock icon over the past 20 years. Now he’s bringing his full band live show to Leeds University Union on bank holiday Sunday to show off his latest album, ‘Watch My Moves’. It’s his most accomplished to date, polished but still full of the raw hooks that make Vile the artist he is.

Bubu Ogisi. Another exhibition closing this weekend is Bubu Ogisi’s showcase, ‘I am Not Myself’, at The Tetley. It explores the spirituality of masquerading, taking inspiration from the ritual use of adornments in sacred African institutions, from Burkina Faso to Nigeria. Amongst the highlights, the large handmade tapestry in the Atrium is a must-see.

The Cottingley Fairies: A Study in Deception. Culture vultures looking for a hit of historical hoaxing should make a beeline for the University of Leeds’ new Cottingley Fairies exhibition. It tells the story of the time a pair of Yorkshire cousins fooled thousands, including the author of Sherlock Holmes, Sir Arthur Conan Doyle, into believing in the existence of fairies.

Villagers. If you’d like to spend your bank holiday Monday in the presence of beautiful indie folk music, get down to the Brudenell Social Club for Villagers. It’s the musical pseudonym of Conor J O’Brien, a special singer-songwriter who has gradually become one of the standout Irish musicians of his time. He’ll be showing off latest album, ‘Fever Dreams’.

Gretchen Peters. City Varieties welcomes an icon of Nashville country music to end the bank holiday weekend in Leeds. Gretchen Peters has spent the past three decades showing off her performing and songwriting skills, the latter of which saw her start out in the business by writing tunes for Etta James, George Strait and Faith Hill among others.

Leeds West Indian Carnival. One of the standouts of the city’s cultural calendar, the Leeds West Indian Carnival makes its return after two years away on bank holiday Monday. It kicks off with the Jouvert Morning party to get the vibes building from 6am, before the main parade brings a procession of colour, music and dance through Chapeltown, Roundhay and Harehills from 2pm.