The Best Escape Rooms in Leeds

Pit your wits against these devilish puzzles. 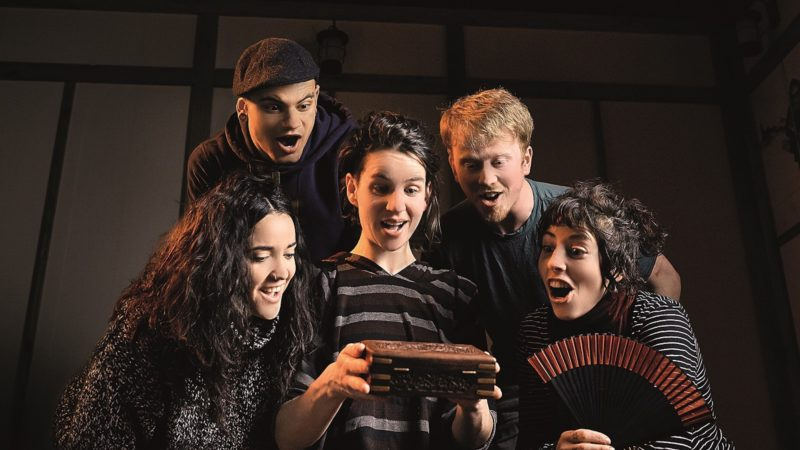 Is there a more fun way to exercise the grey matter? It’s time to channel your inner detective at one of the city’s escape games.

You, your friends, a locked door and a ticking clock. That’s right, it’s time to visit the best escape rooms in Leeds. Ever more confusing, ever more challenging and ever more fun, they’re a chance to solve ingenious puzzles within a tight time limit and get one up on your colleagues or better half. No two games are the same, with wildly diverse themes and riddles. Sounds great, right? Here’s the pick of the bunch… 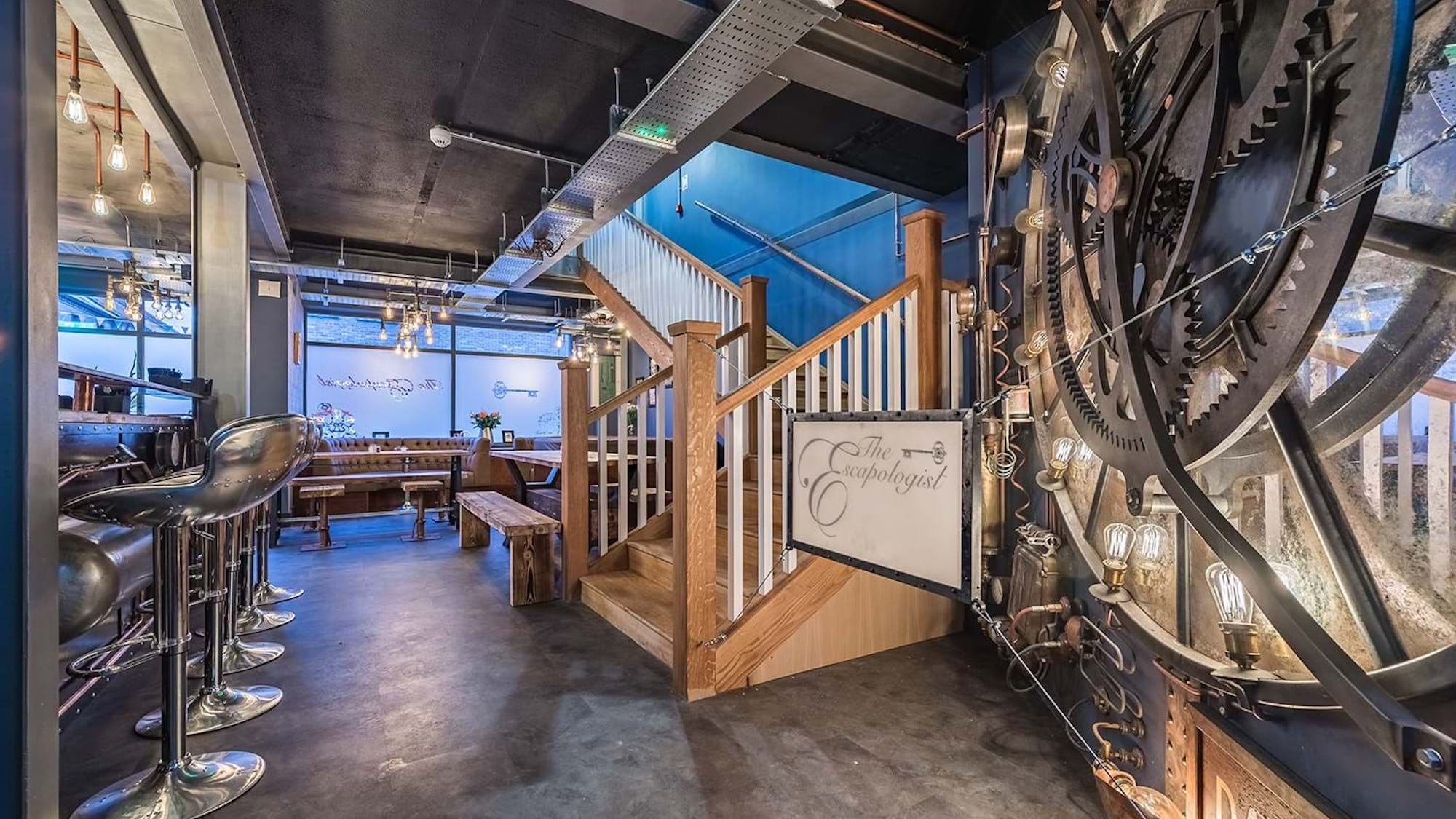 Up on the second floor of the White Rose Centre, The Escapologist has some of the most fiendish escape games in all of Leeds. You can get ready for your challenge in the steampunk-themed bar or debrief afterwards on where it all went right or so horribly wrong.

The four rooms change themes from time to time, but recent adventures include head-scratching puzzles drawing on the worlds of Harry Potter, Alice in Wonderland, Sherlock Holmes and Guy Fawkes. Prices start at £31.50 and depend on the size of your group. The rooms are designed to fit teams of two, three, four, five and six. Adults and childrens party packages are available.

Just minutes from Elland Road, Trapp’d boasts a trio of rooms that are billed as family-friendly, but with themes you won’t see at any other venue. That’s certainly true of their atmospheric Salem game, which brings to life the legendary 17th-century witch trials. It takes place in a creepy cabin, so you’ll probably be glad of the company of your teammates.

Their two other rooms will test your problem-solving skills, with VX2.0 pitting you against a chemical weapon as the timer counts down and Reanimation demanding you help Doctor Frankenstein to bring to life his famous monster. They even publish the escape rates on their website, so you can see the hardest (and easiest) rooms before you go. Prices range from £59 for two to £99 for six.

Tick Tock Unlock was the very first of its kind to open in Leeds, and the rest of West Yorkshire for that matter. It’s gone on to become one of the best escape rooms in the city, pushing the boundaries of immersion. They provide the UK’s first multi-genre, multi-world escape room experience that’s unlike any one-theme escape room you know.

The Library of Broken Books experience will see you through several genres and worlds in an action-packed adventure. Instead of being confined to one room, you won’t have to worry about picking the right theme. Oh no, instead you’ll have one hour to explore multiple storybooks and take part in competitive puzzles – not to escape, but to collect as many magic keys as possible and earn a place on the leaderboard. Think you’ve got what it takes? Prices start from £20 per person.

You and your buddies can immerse yourself in all manner of mystery, horror and out-of-this-worldliness at The Great Escape Game Leeds. It’s home to not one, not three, but seven rooms of thrilling and spine-chilling escape games. It means there’s plenty of choice for every team and occasion, whether you’re the average escapee or you want to take on a real challenge.

If it’s scares you’re after, the Abducted room may be just the ticket. You’ll be transported back to a 1986 chophouse, where dimly-lit corridors await. You’ll have to rummage through old photos and boxes to solve the clues to freedom. But if you want something more fantastical, take on King Arthur’s Secret. Your team will become brave knights on a conquest to save the kingdom and fight against Merlin’s magic. Each game is designed for different team sizes, with prices starting from £21 per person. 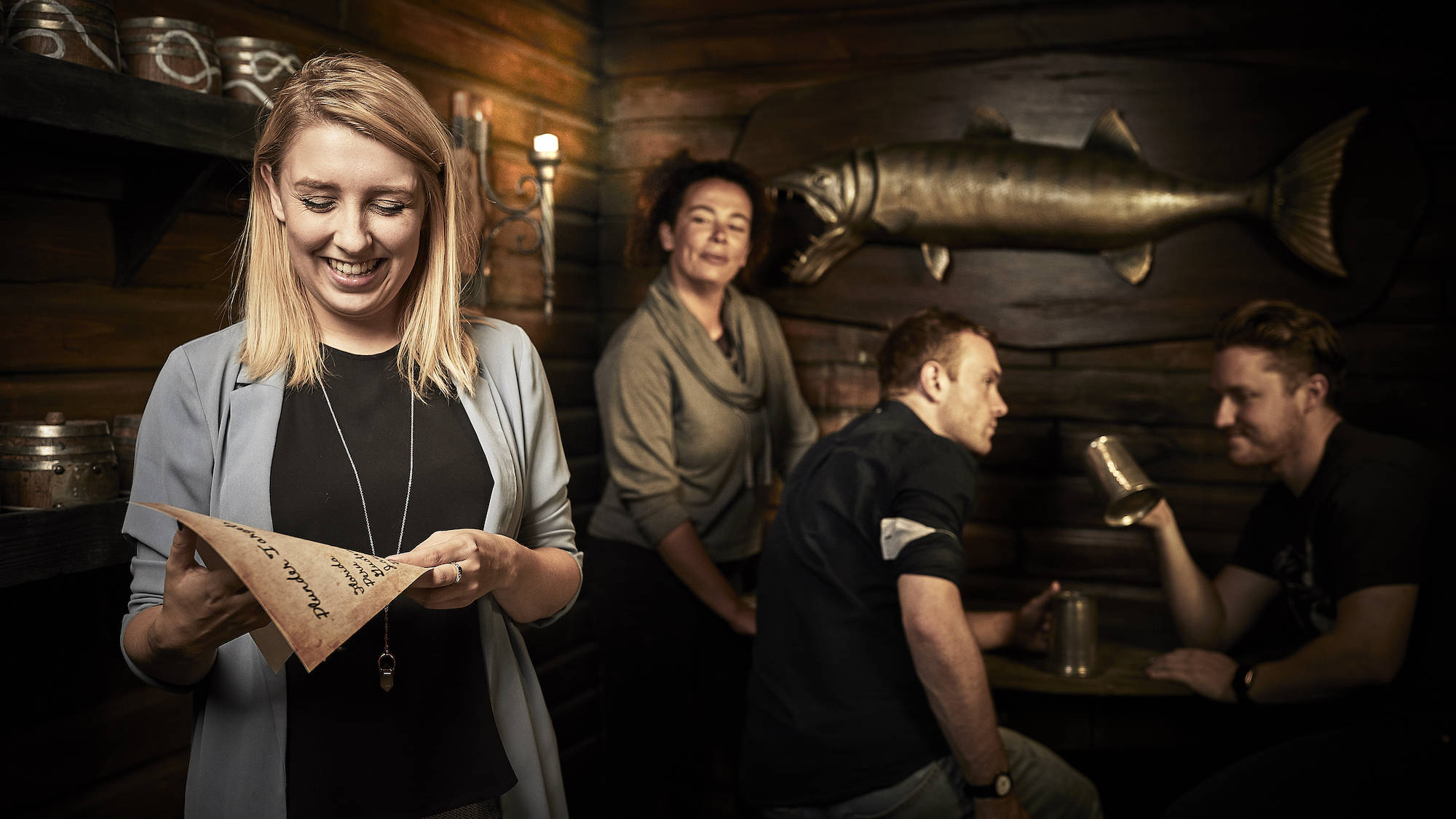 Building out from their original home in Bangkok, Escape Hunt now spans the globe, from the US to the UAE and beyond. Of course, it’s the Leeds branch you’ll want to know about, and it doesn’t disappoint. Their rooms are truly immersive, meaning you and your friends won’t just have to escape the room, you’ll get a character to inhabit too.

Worlds Collide is the officially licensed Doctor Who room, where you’ve got an hour to thwart the threat of the Cybermen. Our Finest Hour whisks you back to a world of intrigue in World War Two, while The Fourth Samurai transports you to ancient Japan. Add in the pirate pleasures of Blackbeard’s Treasure and it’s clear that this is a locked room destination in Leeds with a real difference. It’s £27 per person for two to three players or £22 each if there are four to six of you. 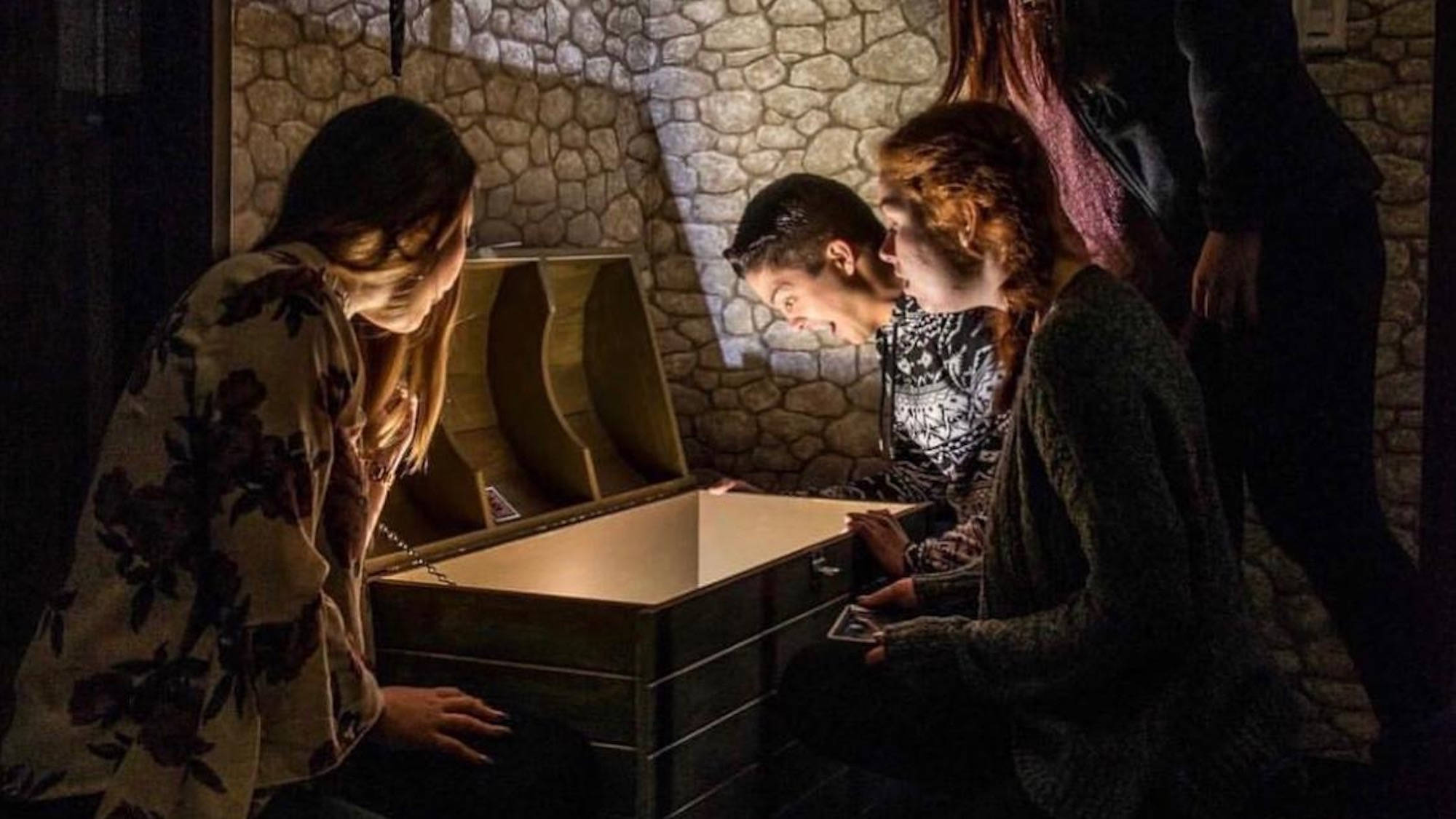 With iron thrones and a haunted board game, it’s easy to see where Escape Reality draw their inspiration from. What’s especially great is that they differ in difficulty, which means first-timers can take on the three-star rooms, while wily veterans can tackle the challenge of the full five stars.

Amongst those more infernal rooms are Alcatraz and the dark Apocalypse with its biological weapons and cannibalistic murders, setting the pace pulsing as you battle the clock. If you want to ease yourself into things, go for Jungala, where you’ll notice the echoes of Jumanji as you try and break free of a different realm. Rooms accommodate two to six players, with prices starting at £16 per person. 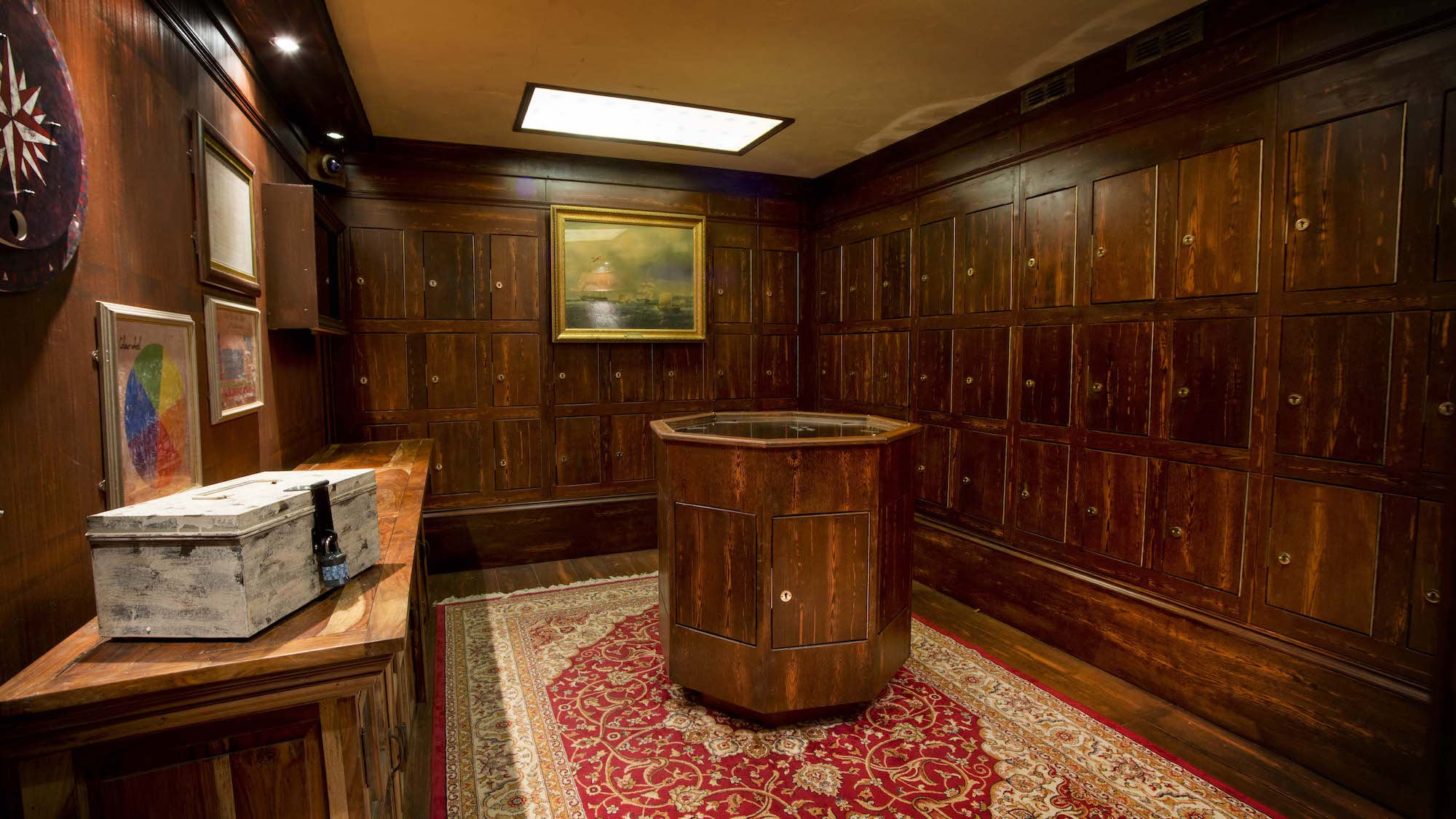 Kanyu has firmly established itself as one of the most distinctive escape rooms in Leeds, helped in no small part by its sensational location inside a Grade II Georgian gatehouse close to Wetherby. Not many escape games take place in a listed building! The setting only adds to the tension of their three puzzle rooms, with themes that are defiantly different to the norm.

They drew on the expertise of FusionLX to design their rooms, AV specialists who’ve worked on exciting projects for the British Museum and York Minister. Add the creative magic of the craftsmen behind Star Wars films, and you can see why the three linked stories of Sir Henry Cunningham are so wildly popular. It’s £20 per person whether there are two or six of you. If the weather’s good, go for Poachers’ Compound – one of the few outdoor escape games in Leeds.

Whether it’s a staff getaway, team-building exercise, birthday party, hen or stag, Locked In Games is geared up to help you celebrate with six slippery rooms to work your way through. They’ll even provide pizza and drinks for you and your guests after you’ve embraced the challenges, all of which last between 60 and 90 minutes.

They’ve made inventive use of their location in the Old Sheepscar Library, carving out half a dozen distinct experiences. Dare you step into Shirley’s Die-ner to solve the mystery behind the bomb in the microwave? Will you get a golden ticket to thwart Mr. Wonka at the Chocolocked Factory? With prices ranging from £17 per person, based on the number of players, you might well want to tackle them all.