The People Who Made Leeds What it is Today

Leeds wouldn’t be what it is without them. 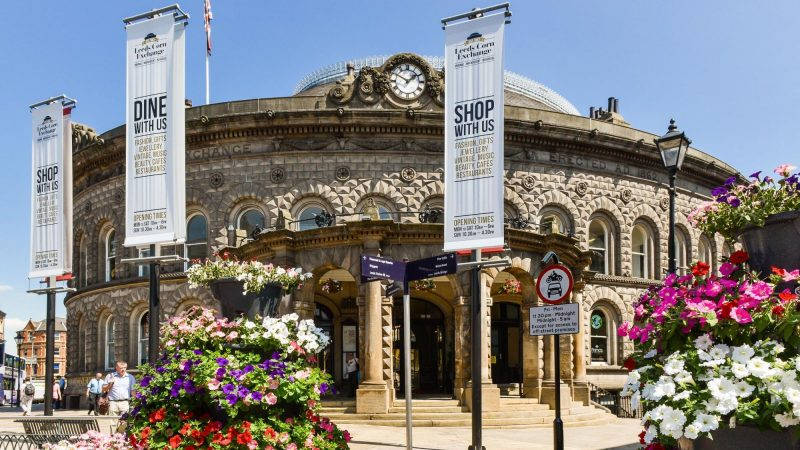 Behind every great building is a great architect, but do you know their story? You could pass the city’s landmarks every day and still not know who made them possible, so we’ve shone a light on the people who made Leeds what it is today. From the legend that is Cuthbert Brodrick to the little known masters who’ve shaped the city’s skyline, it’s time to take a trip down memory lane. It’s no overstatement to say that Cuthbert Brodrick changed the face of Leeds. Born in Hull in 1822, he became one of the city’s key architects. Brodrick started a seven-year apprenticeship with Henry Lockwood in 1837. Here, he learned the tricks of his trade, but it was his travels around Europe that inspired the buildings you see today. His love of classical Parisian and Roman architecture became a hallmark of his work.

It wasn’t until 1852 that Brodrick got his first break in Leeds – at the age of 29, he won an open competition to design Leeds Town Hall. It took just 5 years to complete and was opened by Queen Victoria in 1858 in front of a crowd of up to 600,000 people. Brodrick went on to design Leeds Corn Exchange, Leeds City Museum and the now-demolished Oriental Baths on Cookridge Street. Pascal Joseph Stienlet designed one of the most magnificent buildings in Leeds. He was born in South Shields in 1879, but his studies took him to Paris, where he attended Beaux-Arts School to become an architect. He joined forces with Henry Gibson in 1904 and the pair became prominent cinema designers – in fact, Stienlet’s dominance in the field was such that he’s said to have designed 200 cinemas in his lifetime.

Stienlet was responsible for the Electric Palace, Apollo and Ashbourne House in Newcastle, but it was his work on The Majestic that earned him a place in our hearts. From the Beaux-Arts façade to the famous dome adorned with a Grecian frieze based on the Parthenon, it was one of Stienlet’s most ambitious designs. And though the years haven’t been kind, The Majestic has now reopened in its new form, preserving as much of Stienlet’s masterpiece as possible. John Leeming was born in Halifax in 1849 and his brother Joseph arrived a year later. They both completed apprenticeships with Charles Frederick Luke Horsfall, before establishing their careers with Owen Edwards and Thomas William Helliwell in Brighouse. When they opened their own practice in their hometown of Halifax, they started entering competitions, the more they won, the more their reputation soared.

After Leeds was granted city status in 1893, the new Leeds City Council launched a competition to create an elaborate new entrance for Kirkgate Market – Joseph and John Leeming won. By now, they had moved their offices to London and hired Richard Fielding Farrar, who was heavily involved in the design. They created the entrance we see today, which has an extravagant Flemish style with art nouveau detailing, and replaced the previous 1875 market hall with a bold new design across four storeys. Born in Plymouth in 1876, Emanuel Vincent Harris studied at Kingsbridge Grammar School before being apprenticed to James Harvey in 1893. After moving to London to work and continue his studies, he was accepted into the RIBA. In 1903, he won the Royal Academy’s Gold Medal and Travelling Scholarship, then set up his own practice the following year, but it wasn’t until 1926 that his work brought him to Leeds.

After designing Glamorgan County Hall, Sheffield Memorial Hall and Nottingham County Hall, he won the competition for Leeds Civic Hall in 1930. It was originally destined for The Headrow, where it would have sat beside Leeds Town Hall, but Harris had other ideas – he made them move it to a new plot between Portland Crescent and the General Infirmary on Calverley Street. Work began in September 1930 at a cost of approximately £360,000 and it was completed six months ahead of schedule, ready for King George V and Queen Mary to open it on 23rd August 1933. George Gilbert Scott’s name precedes him. Born in 1811, he grew up to be a prolific English Gothic revival architect. While his brothers were sent to university, Scott was left to his own devices. He developed a love of architecture and was eventually apprenticed to James Edmeston. In his early career, he designed over 40 workhouses, but it was his work on St Nikolaikirche in Hamburg that cemented his reputation and earned him international acclaim.

Scott went on to design Westminster Abbey and worked on all but two of the active cathedrals in England. In total, he designed or altered over 800 buildings in the course of his career, including hundreds of churches and our very own Leeds General Infirmary. When the hospital outgrew its first custom-built home near City Square, Scott was commissioned to design a new one on the advice of Florence Nightingale and he incorporated her ideas into the design. It remains one of the most impressive examples of Victorian architecture in Leeds. Simon Clarke is a little bit different to the architects we’ve talked about so far, in so much as he’s still alive. Clarke is the founding director of Leeds architecture studio Fuse. He studied at the University of Plymouth and Mississippi State University before moving back to the UK to start his career. After a stint at Aedas and SMC Gower in Leeds, he moved to what was then Carey Jones Architects in Manchester – and it’s here that he made his mark on the Leeds skyline.

Clarke was project director on the team that masterminded Granary Wharf. As well as planning the project, they designed the twenty-three story behemoth that is Candle House. The cylindrical design, which twists every four storeys, has won countless awards and stands as one of the most impressive buildings in Leeds. The wider development has acted as a catalyst for the regeneration of the South Bank and is now home to the new southern exit to the train station. A Leeds lad born and bred, Alex Whitbread has certainly made his mark on the city he grew up in. He joined Feilden Clegg Bradley Studios in 1998 and became a partner nine years later. During his time there, he’s taken on a string of high profile projects in Leeds. He led the design of the masterplan for MEPC’s Wellington Place and he’s now working on the wider masterplan for CEG’s Temple Quarter in Holbeck, but his most impressive accomplishment to date is Broadcasting Place.

The development, which had to work around the existing Baptist church and old BBC TV studios, boasts a 23-storey statement tower clad in weathering steel that will change and evolve over time. Despite its sharp, angular design, Broadcasting Place is inspired by nature and the interwoven windows mimic water cascading down through rocks. It went up against Bank of America Tower and Pinnacle @ Duxton to win the Best Tall Building Overall at the 2010 CTBUH Tall Buildings award. It’s hard to tell the story of George Corson without that of his brother William. Both men were apprenticed to Scottish architect Walter Newall, but William moved to Leeds in the mid-1840s and George soon followed suit. He became an assistant, then partner, at the firm William founded with Edward La Trobe Bateman, and later, after Bateman left and William relocated to Manchester, he took over the practice entirely.

Over the years, George designed some of the city’s most prominent buildings, including the Municipal Buildings that we now know as Leeds Central Library. It took 6 years to build and cost £21,000. In contrast, his designs for Leeds Grand Theatre and the adjoining Howard Assembly Room were completed in just 13 months. In a surprising twist, Corson also won the competition for the landscaping of Roundhay Park, so we have him to thank for our favourite park. Michael Gardner studied at the University of Huddersfield before starting his career as an architect in earnest. In eight short years, he worked his way up the career ladder to become Regional Director of world-leading architecture firm Aedas. It was here that he helped to shape the designs for Bridgewater Place. At 476-foot above ground level, it’s the tallest building in Leeds and the marmite of of the city’s skyline.

The construction of Bridgewater Place was first announced at the turn of the millennium, but a series of delays and redesigns knocked back the start date and work didn’t begin until 2004. It was completed three years later. Although Bridgewater has become one of the city’s most recognisable landmarks, it’s also become infamous for its wind tunnels. Gardner is now the UK Stations Design Director for Arcadis and spends his days developing modern-day transport hubs.

Born in 1796 to a family of architects, Joseph Bonomi the Younger broke the mould and chose a different direction. He studied under Scottish anatomist Charles Bell at the Royal Academy, then travelled to Rome to learn from Italian sculptor Antonio Canova. Unfortunately, Canova died before he arrived, so Bonomi continued his studies independently.

By 1824, he was in debt, so he took a commission to join Robert Hay on an expedition to Egypt. His job was to sketch antiquities and temples to Hay’s exacting standards. He went on to produce illustrations for James Burton’s Excerpta hieroglyphica and Sir John Gardner Wilkinson’s Manners and Customs of the Ancient Egyptians. But why are we telling you all this? Because he took his knowledge of ancient Egyptian architecture and used it as inspiration for the designs of the iconic Temple Works facade.