This is What LeedsBID Has Achieved Over the Last 6 Years 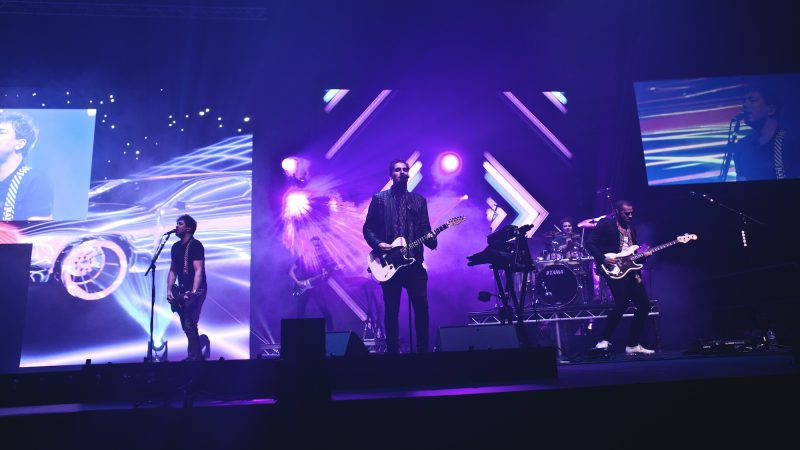 LeedsBID makes Leeds better for the people who live, work, visit and shop here. Find out what they've achieved so far and what they have planned for the future. Read more...

When LeedsBID was formed in 2015, they had lofty ambitions. They wanted to be a catalyst for change, they wanted to make things happen – and they’ve ticked both boxes. Over the last six years, they’ve achieved more than we could ever have imagined, giving us world-class events, awe-inspiring art and economy-boosting services. Here’s what they’ve been up to…

They brought the MOBOs to Leeds 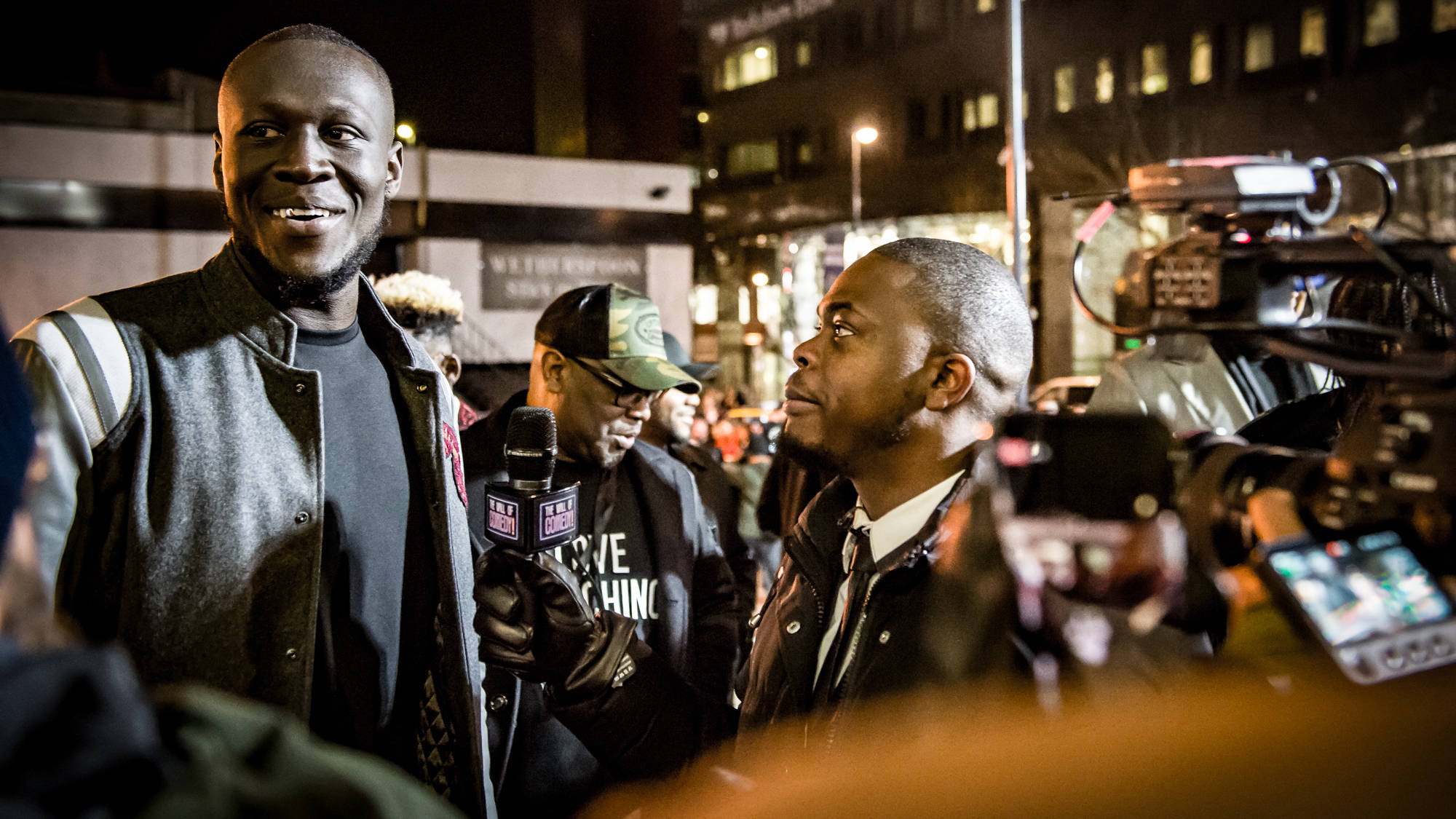 LeedsBID was instrumental in bringing the MOBO (Music of Black Origin) Awards to Leeds. The event, which took place at first direct Arena on 4th November 2015, was broadcast live on ITV3, putting Leeds firmly on the map. In fact, the event was so successful that they returned two years later, with a slew of celebrities in tow, including the triple award-winning Stormzy.

They put the magic back into Christmas 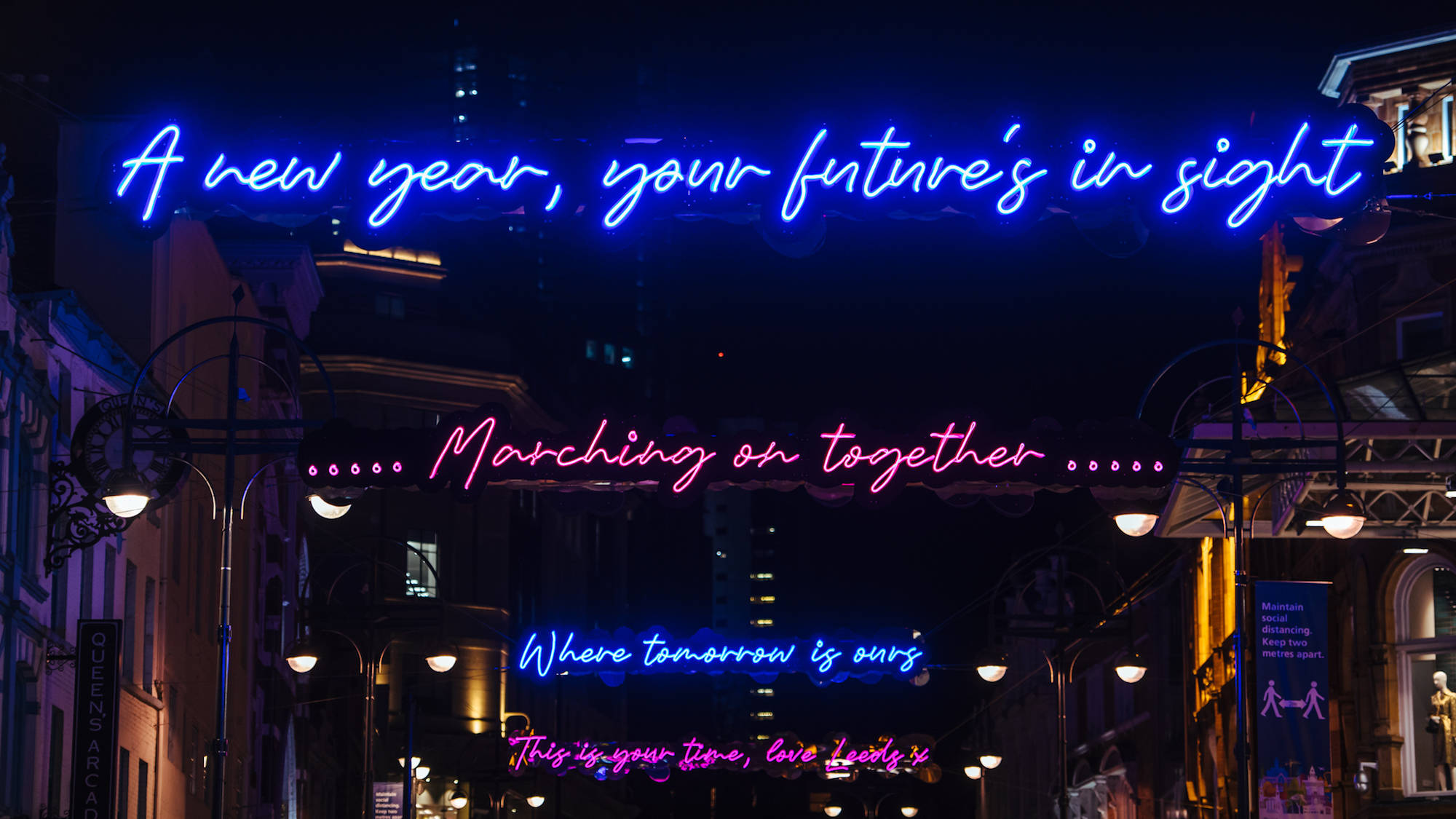 Christmas has been a little more magical since LeedsBID was formed. They made it their mission to turn Leeds into a festive destination. From projecting the Northern Lights onto the roof of Leeds Corn Exchange to reimagining the Christmas lights on Briggate, they’ve funded a series of installations and events to drive footfall and support local businesses.

They cleaned up the streets of Leeds 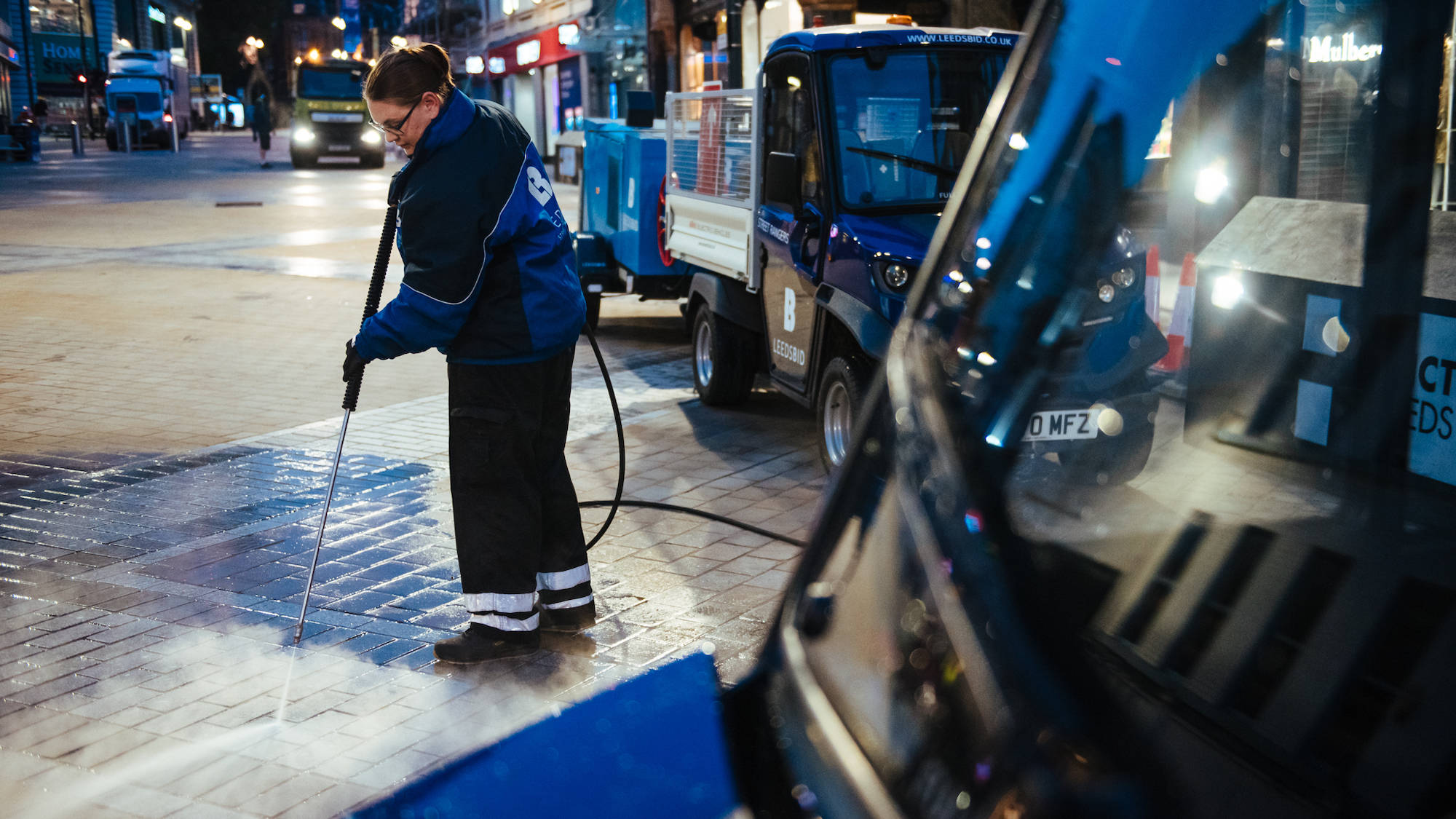 Sometimes it’s the simplest things that make the most difference and that’s definitely the case here. In 2016, LeedsBID introduced the Street Rangers. Every day, they descend on the city in the early hours of the morning to deep clean pavements, walkways and key pedestrianised areas. The result? A vibrant city and a great first impression for everyone coming into Leeds.

They created a warm welcome 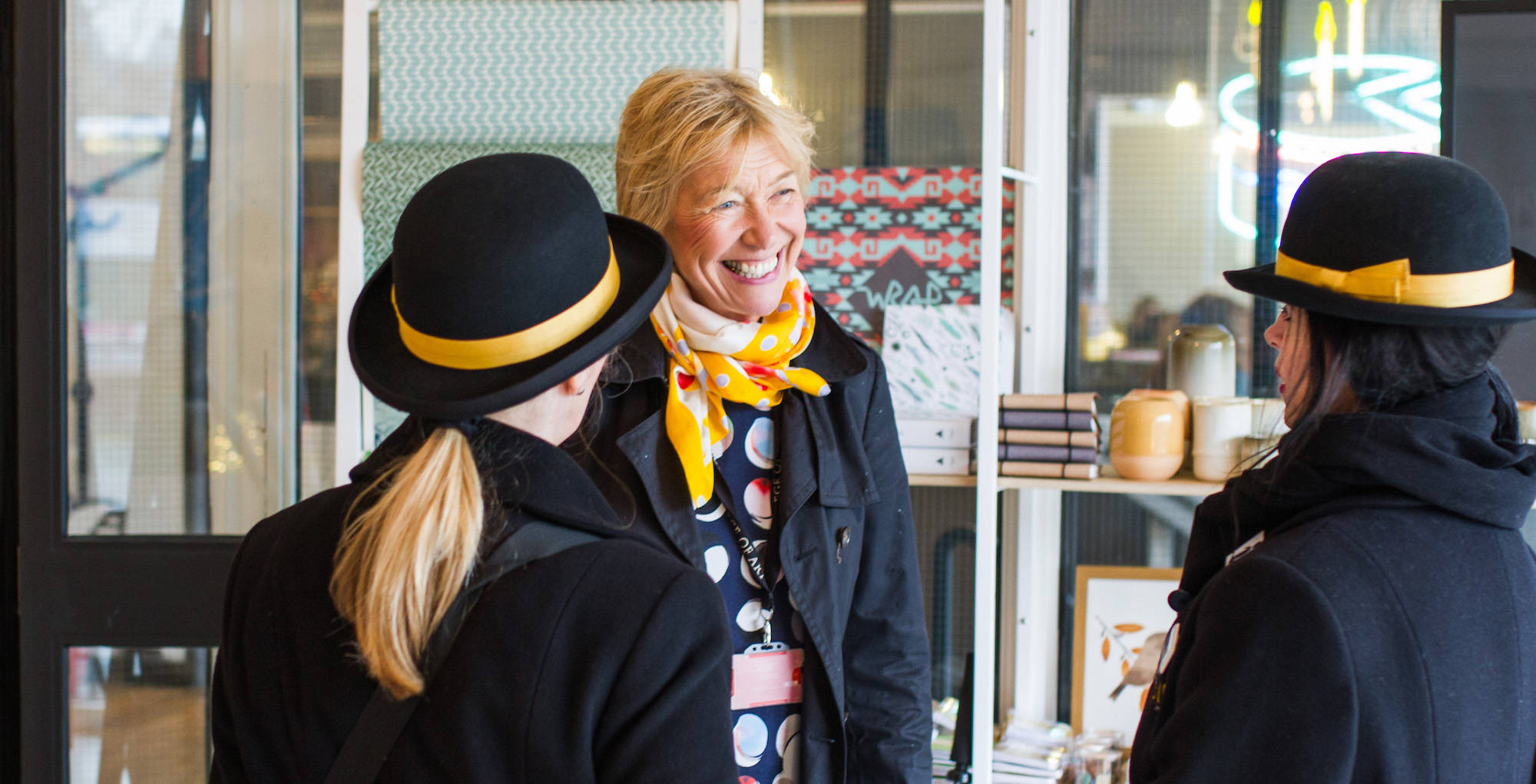 If Leeds is to be a world-class destination, it needs a world-class welcome, which is why LeedsBID launched the Welcome Ambassadors. They roamed the streets from 2016 to 2020, offering help, advice and personal recommendations to visitors, as well as supporting local businesses and events. New plans will see the team replaced with an even better service soon.

They gave us the ARIAS three years in a row 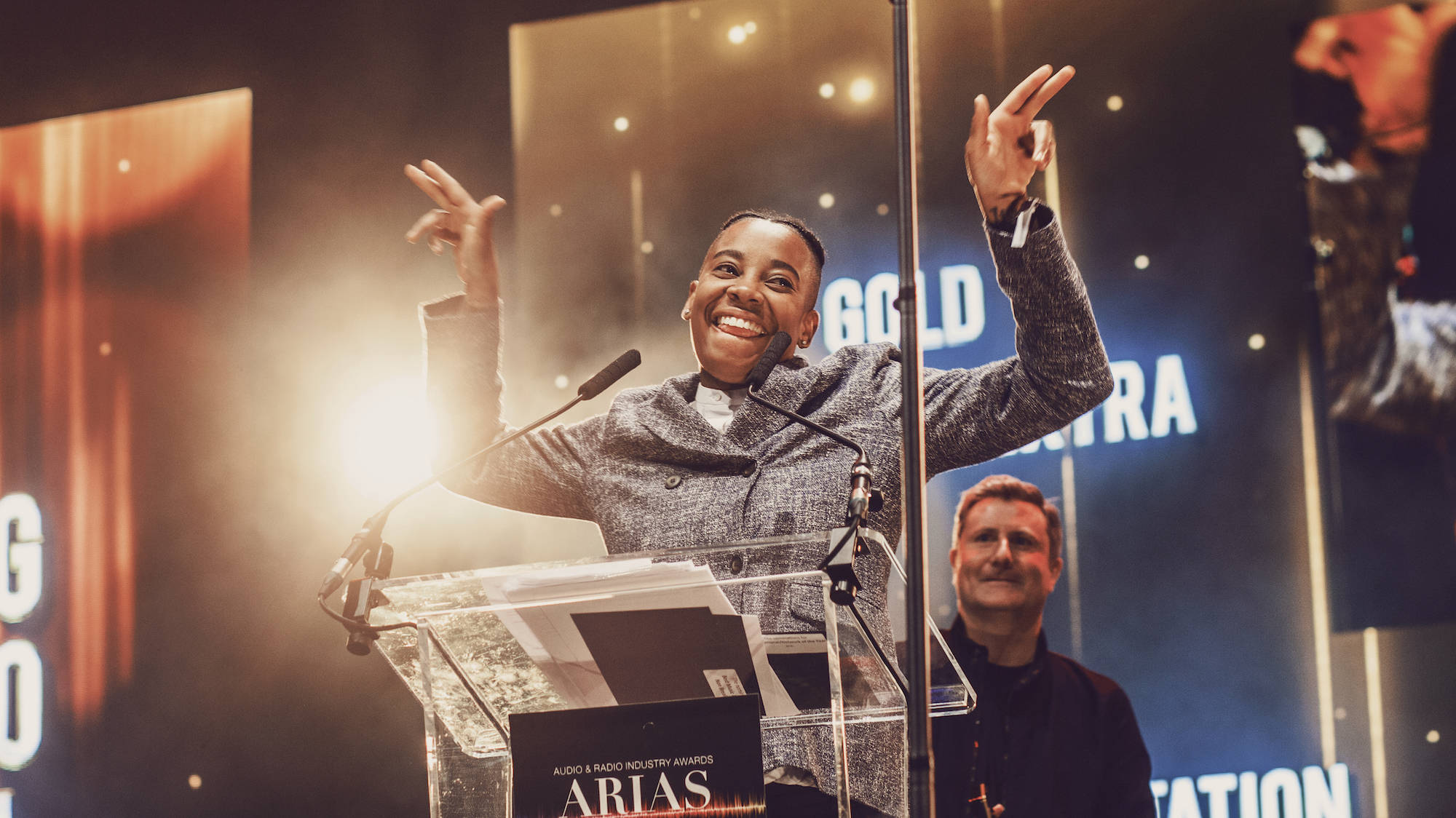 The Audio and Radio Industry Awards (ARIAS) launched at first direct Arena in 2016. The star-studded ceremony, which is said to be the Oscars of UK radio and audio, recognises the people and teams doing outstanding work in the UK. LeedsBID helped make their inaugural event happen and coaxed them back, not once, but twice, so we had the ARIAS three years in a row.

They made the city less grey 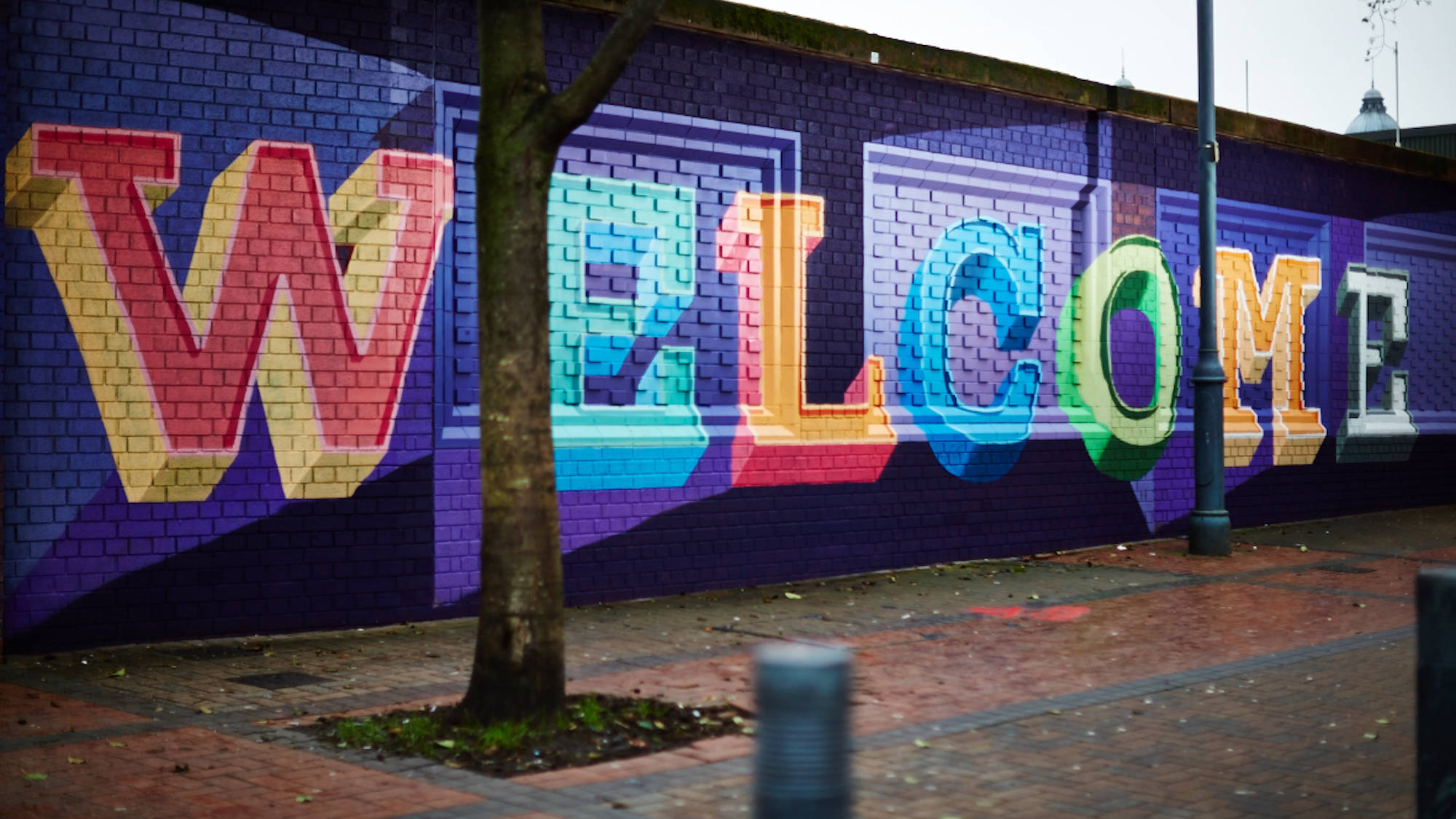 In 2016, LeedsBID kicked off ‘A City Less Grey’, a new campaign designed to bring a splash of colour to our streets. They commissioned a series of street art projects across Leeds, including the eye-popping ‘Hello’ and ‘Welcome’ murals at Leeds Kirkgate Market. Created by Leeds-based illustrator Nathan Evans, they use brightly-coloured typography to welcome visitors.

They gave us the UK’s tallest mural 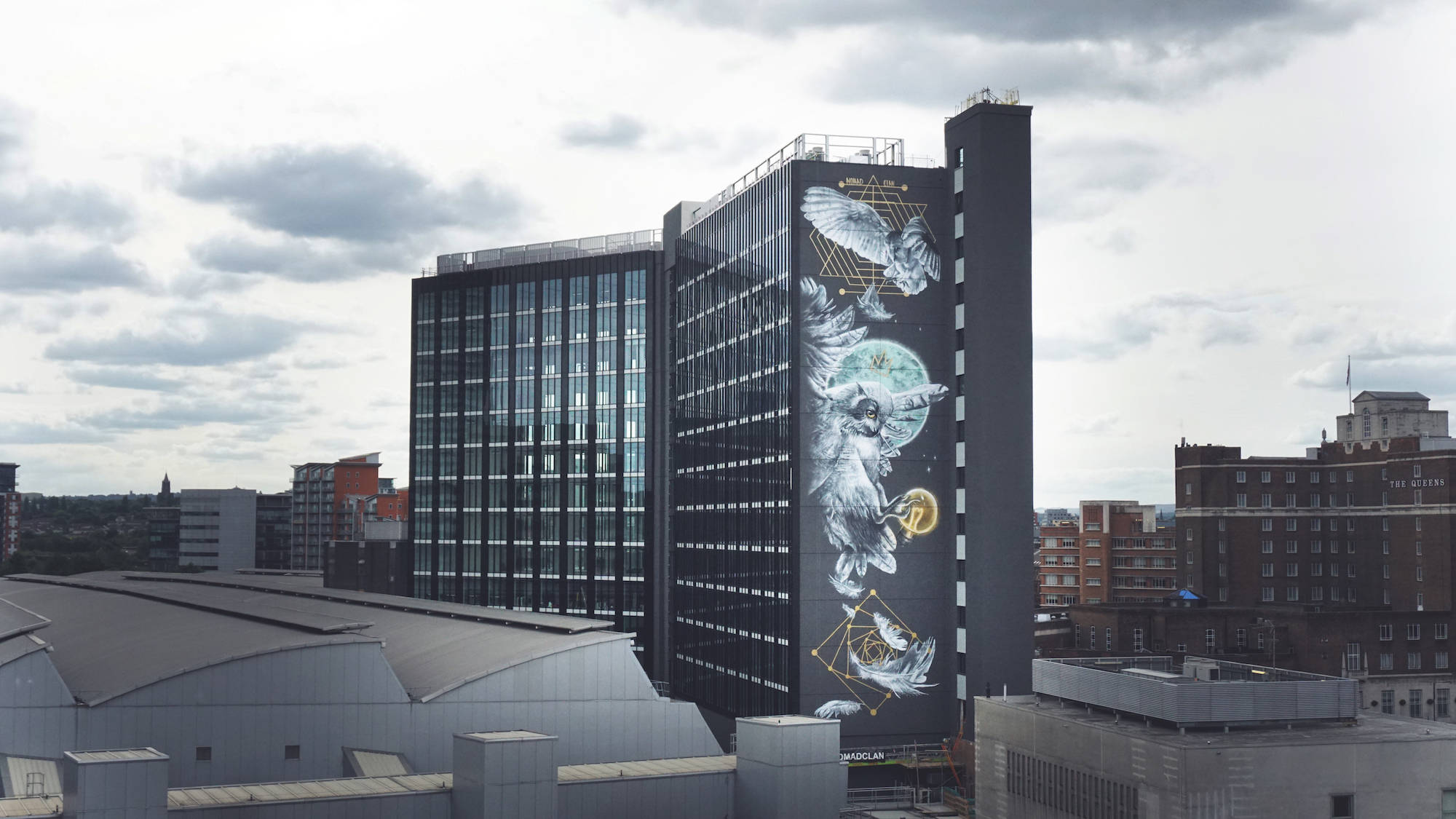 As part of ‘A City Less Grey’, LeedsBID joined forces with East Street Arts to commission the internationally-acclaimed duo Nomad Clan to paint Athena Rising. At 36-feet high, it’s the tallest mural in the UK and an incredible sight to behold. The owl, a universal symbol of wisdom and wealth, has extra significance here because it features heavily on the city’s coat of arms. 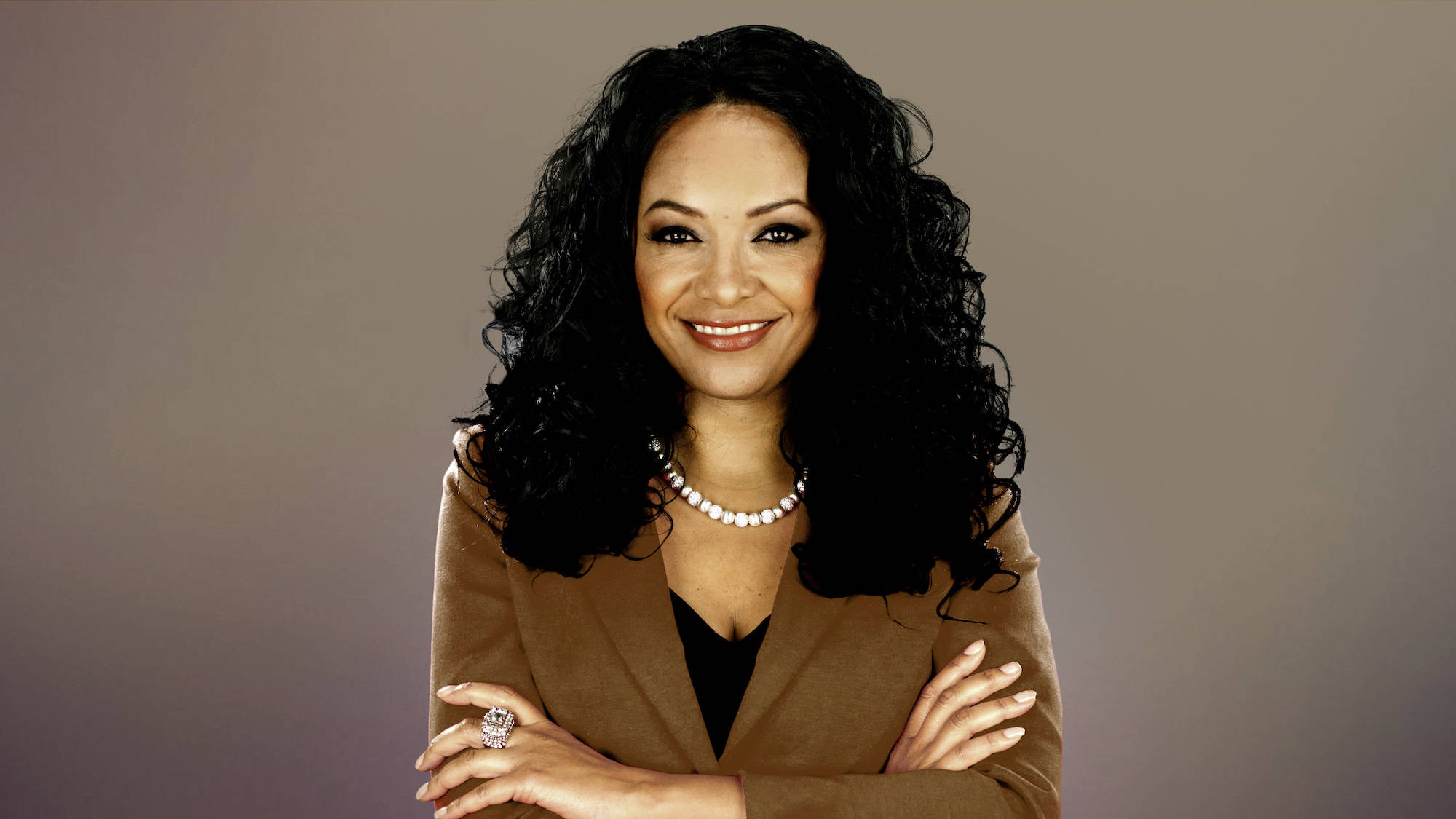 They gave us moving, roaring dinosaurs 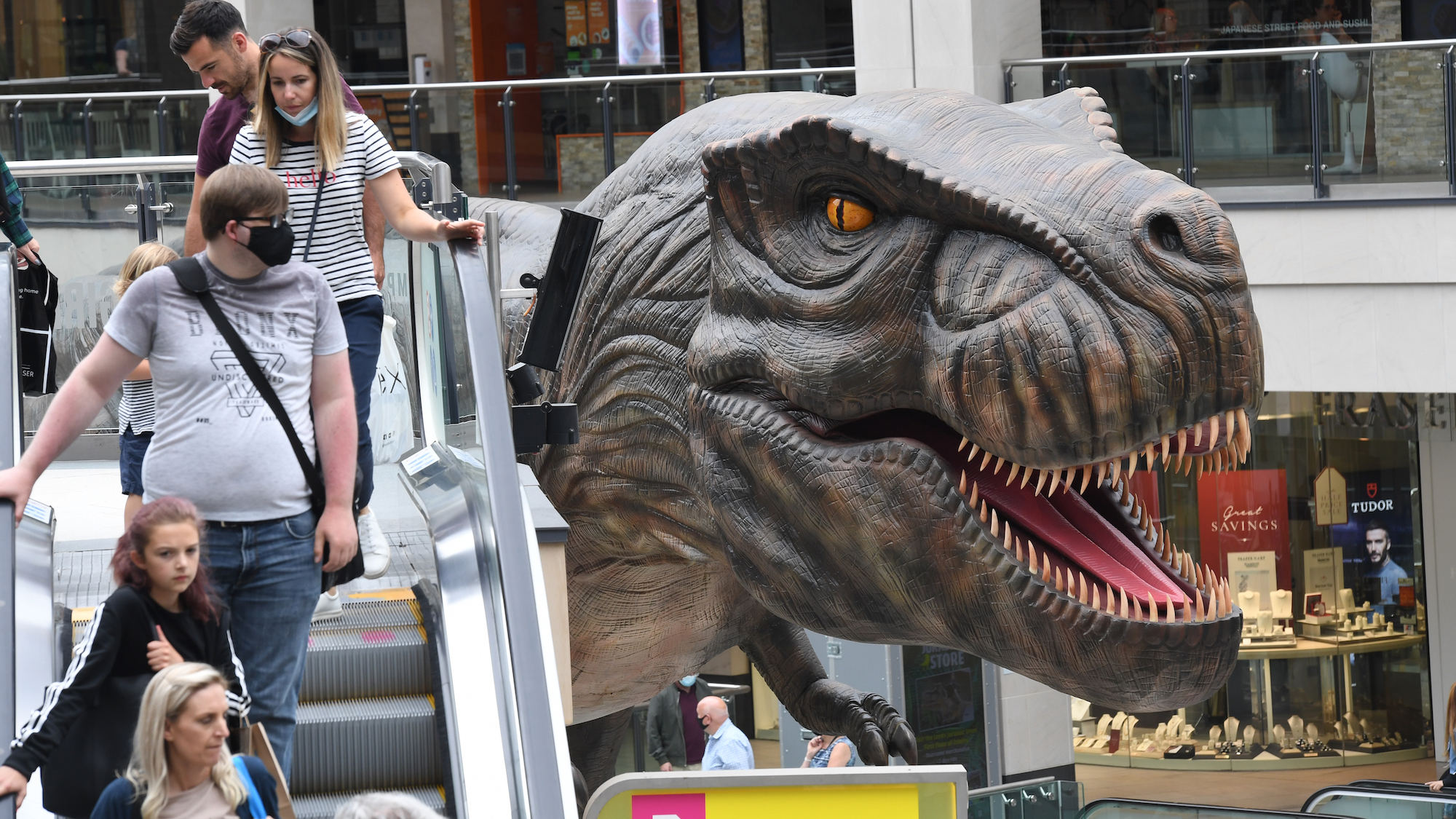 Launched by LeedsBID in 2019, the Jurassic Trail brought five life-sized animatronic dinosaurs to Leeds, just in time for the school holidays. Families across Yorkshire flocked to the city, increasing footfall and boosting the local economy, so this year they made it even bigger. The fun started with a dinosaur egg trail before 13 moving dinosaurs were installed for the summer.

They launched a business support service 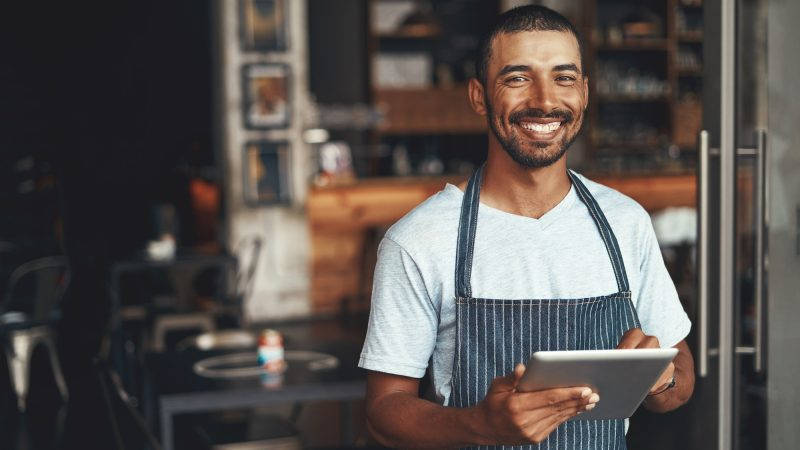 Engine Room is a central hub that delivers help and support to businesses across Leeds. They work closely with levy payers to identify challenges and opportunities, then use these insights to develop services that make a tangible difference. That includes a packed calendar of events and training courses that help businesses to recruit and upskill staff.

They helped us safely return to the city 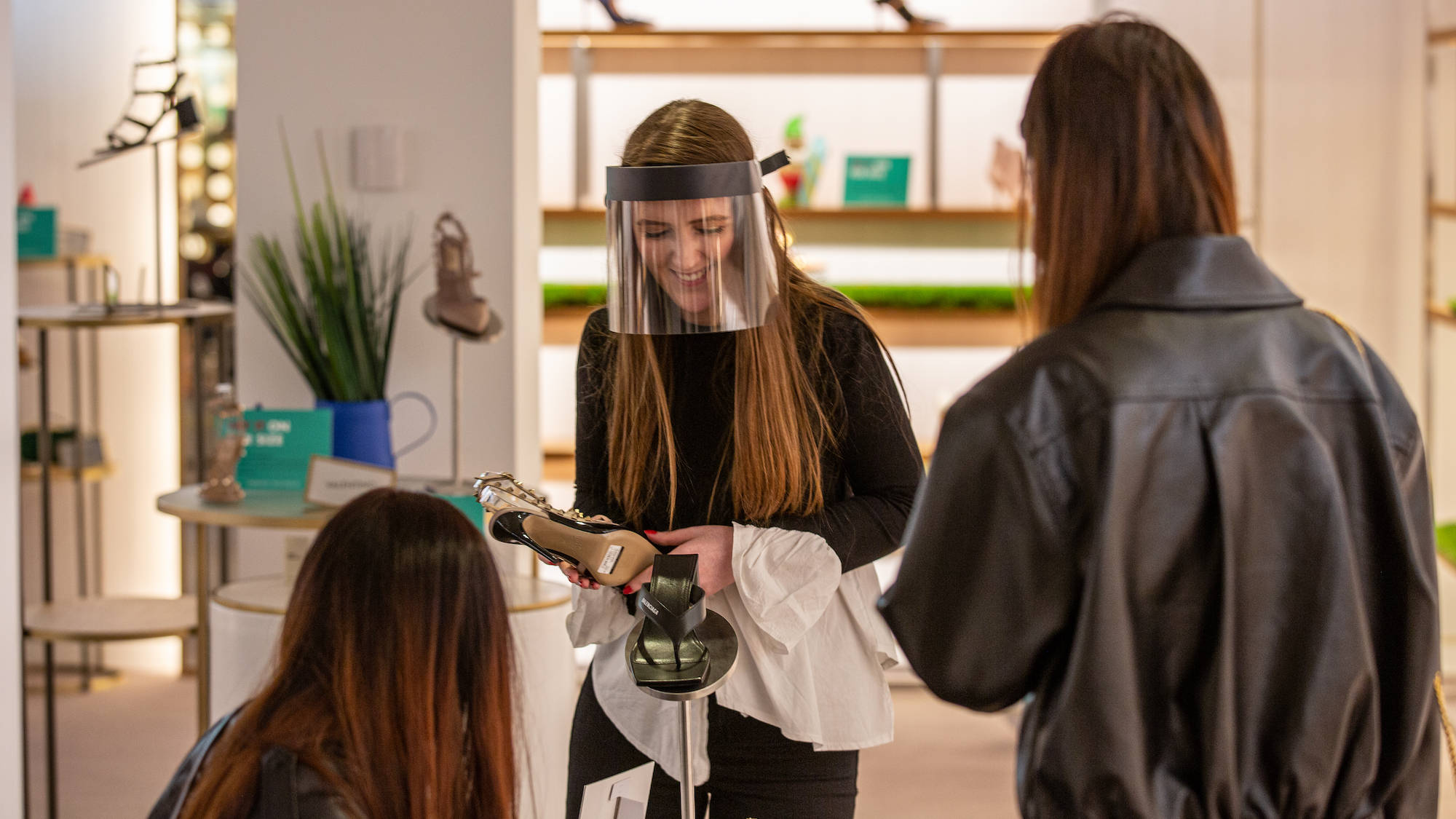 The pandemic changed our lives as never before. Shops, restaurants and bars were forced to close, and even when they reopened, it wasn’t business as usual. LeedsBID stepped in to help by launching Welcome Back to Leeds. As well as raising awareness about new safety measures, they reminded us why we love the city so much and helped ease us back into our old lives.

They helped us rediscover the city’s street art 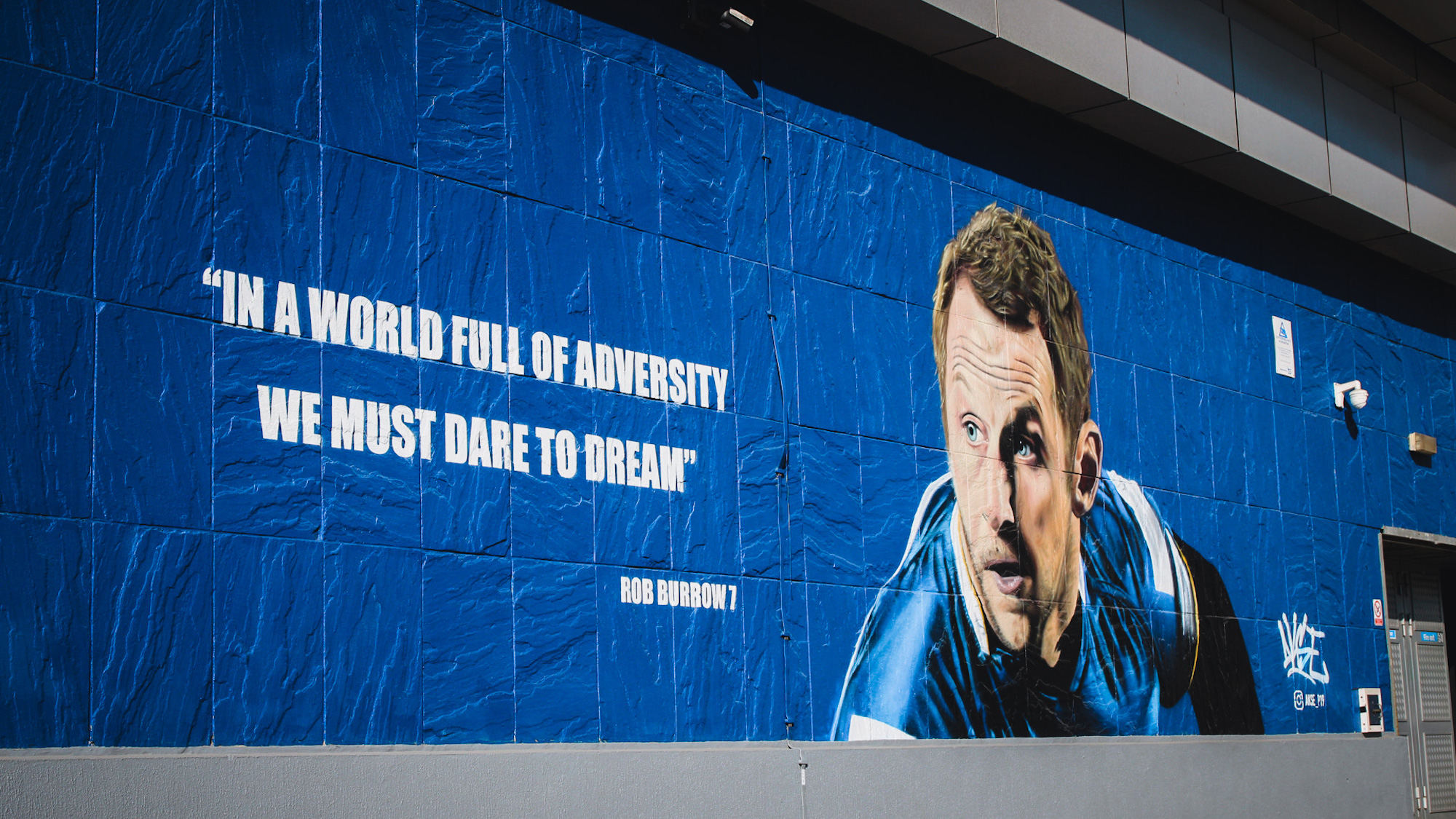 In 2021, LeedsBID launched the city’s first curated street art trail. Designed to tap into our new-found love of walking, it leads you on a winding route around Leeds, stopping at 27 incredible murals along the way. You can see the rugby legend Rob Burrow and former World Featherweight Champion Josh Warrington, alongside Anthony Burrill’s graphic art sensation.