Twice the Films, Twice the Fun – Hyde Park Picture House Will Get a Second Screen As Part of a £3.6 Million Makeover

The iconic Leeds cinema is only going to get bigger and better. 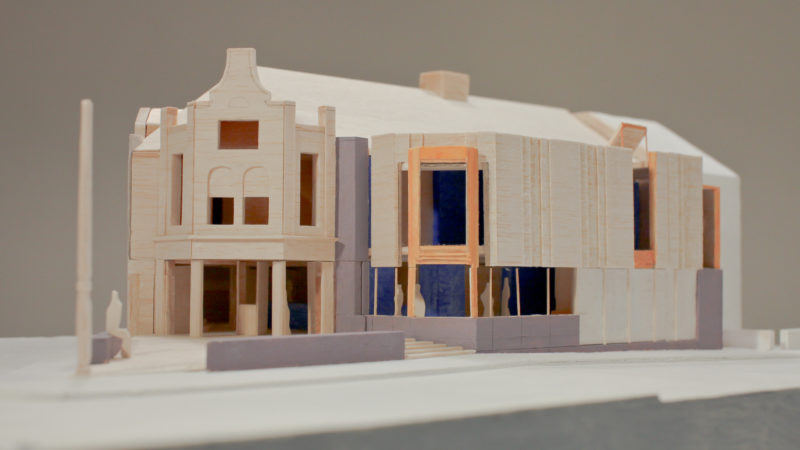 Hyde Park Picture House is one of Leeds’ most treasured landmarks and it’s going to stay that way as plans for a £3.6 million regeneration scheme are approved.

These are exciting times for the Hyde Park Picture House. Plans have been approved for an extensive refurbishment of the legendary cinema that will help secure the landmark for future generations. Starting in Summer 2019, The Picture House Project will cover everything from the preservation of the building’s unique gas-lighting to the addition of a second screen in the basement.

The Grade-II listed landmark is one of the UK’s oldest cinemas and the last one that’s gas-lit. It opened just months after the start World War I on 7th November 1914, and for much of its early years, it was a place to watch patriotic films and newsreels. It’s had a tumultuous history since then – it had a short stint as a bingo hall in the early 60s, and nearly had to close altogether in the mid-1980s.

But even then its importance was clear – it was the birthplace of the Leeds International Film Festival in 1987 and Leeds City Council took over the reigns in 1989. It’s gone from strength to strength since then, and is now part of the same group as Leeds Grand Theatre and City Varieties. In fact, it’s now considered to be one of the finest cinemas in the UK, and audiences are hooked on its mix of independent, art house and classic films from around the world.

And there are big things ahead. The Picture House Project will bring an extensive refurbishment of the whole building. One of the main aims is to protect and preserve its heritage – they will be refurbishing the building’s gas lights and Edwardian plasterwork, as well as protecting its ability to show traditional analogue film formats, which is a vital part of the cinema’s offering.

They’re also going to improve the cinema’s accessibility – expect step-free access to all major parts of the cinema, as well as improved facilities like accessible toilets. This also plays into their aim to make it a hub for the community – they’re making their space more flexible, so that local schools, universities and charities can use the cinema for workshops and meetings.

The plans also make room for an extension along the north side of the cinema, which is going to allow them to add a new cafe and bar. It will be open whenever the cinema is, so you’ll have a cool waiting space where you can enjoy a few drinks and a bite to eat before your film starts.

Perhaps the most exciting aspect of their plans takes place in the auditorium. Not only are they upgrading their digital projection technology, they’re also adding a second screen in the basement. It will be dedicated to more specialised film genres, like world cinema and documentaries, with space for around 40-60 people.

Paul Scholey, Chair of The Leeds Grand Theatre and Opera House Ltd. Board told us, “As custodians of three of Leeds’ most historic cultural venues, we’re very proud of the vital role Hyde Park Picture House plays in making our city so special. With audiences growing year on year, it has been so important to put in place a plan which preserves this gem of a building. This week, thanks to the support of our partners at the Heritage Lottery Fund and backing from Leeds City Council, we feel more confident than ever that the future of this wonderful gas-lit cinema is secure.”

Building works are due to begin next summer and will take around a year to complete, but that doesn’t mean the Hyde Park Picture House will go quiet. While the works take place, they’re putting together an exciting programme of off-site screenings and events around the city that will help them promote independent cinema across Leeds, ahead of their re-opening.

Over 100 years on since its opening, Hyde Park Picture House is just as vital to Leeds as ever, and these extensive refurbishment plans suggest that it’s going to stay that way for a long time to come.