Ever been to the opera? It might surprise you. 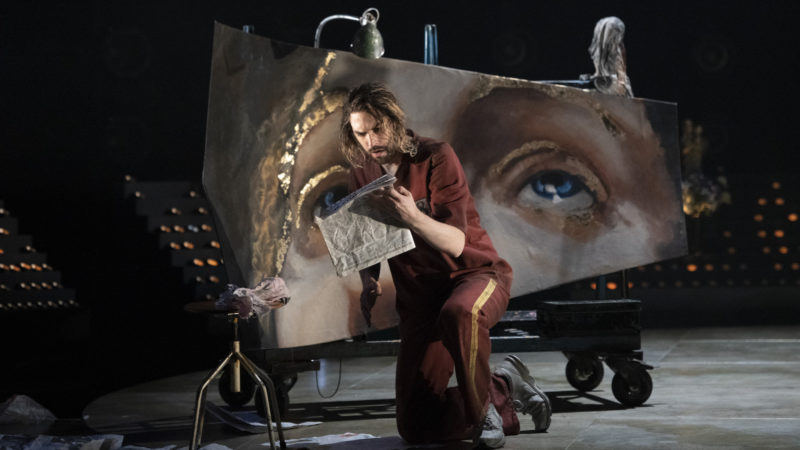 This season, you can see an urgent political thriller brought bang up to date in Tosca or enjoy a high-kicking Hollywood-style musical in The Merry Widow. There’s never been a better time to try the opera. Find out more...

Forget plays. Forgo musicals. Opera trumps them all – and here’s why.

Believe it or not, opera is one of the coolest and most creative art forms around. Step into the theatre and you’ll be overcome by music, but there’s so much more to it than that. From the way they bring hundred-year-old operas up to date to the high-kicking dance numbers and the surprisingly cheap prices, find out why the opera is a must-do.

These days, everything is disposable. Clothes go out of fashion in a season and tweets disappear from your feed in seconds, but these operas have been passed down through the generations and performed in front of audiences all over the world. From Puccini to Mozart and Verdi, the work of the greatest composers in history is still being brought to life on stage long after they’re gone.

But just because an opera was written hundreds of years ago, doesn’t mean it’s old-fashioned or out of date. The music is timeless, the themes are as relevant now as they’ve ever been and the creative team put their own unique stamp it, so every production is different. Opera North, in particular, has a reputation for making edgy modern shows, like their current one – Tosca. Originally set in the 1800s, at the time of the Napoleonic Wars, it’s been brought into the present day.

“Puccini wrote it in the early 1900s and set it in the early 1800s, but I don’t think he was desperately interested in the specifics of the politics at the time, I think he was looking for a historical backdrop to tell this archetypal story about the way men, particularly those in power, behave with women,” Edward Dick, Director of Tosca, explained. “The rape scene, in which he tries to force himself on Tosca, is an extraordinary scene, and it does feel almost beat-by-beat like the descriptions we’ve been reading of stars being abused by people with power.”

But that’s not the only thing that’s changed over the years. Now everyone can enjoy the opera, even the deaf and the visually impaired. They have special signed and audio-described performances, as well as touch tours that will take you behind the scenes to get a feel for the show, by touching the sets, the props and the costumes. You’ve got to admit, that’s pretty cool.

It’s about so much more than the music

Whether you caught the last half hour of the BBC Proms or saw the latest Britain’s Got Talent wannabe belt out Nessun Dorma, it’s easy to believe that opera is just a concert – but that’s not the case. It can be as show-stopping as a musical and as experimental as a play.

“I think the opera world is really exciting, and it often leads the way, it’s an art form that’s at the front of advancement,” Leslie Travers, Set & Costume Designer on The Merry Widow, told us. “There’s a sense of looking for a different way of doing things that have never been done before, and a way of re-inventing things. Opera is an open playground for creation, it’s incredibly alive at the moment, as it always has been, but it’s a very exciting time for looking at costumes in different ways, new technologies that open up different possibilities.”

You only have to look at Opera North’s recent seasons to see it’s true. This winter, they brought Tosca bang up to date with a modern setting (think laptops and political intrigue) and a mind-blowing stage design that takes inspiration from Kanye West’s Glastonbury show. And if you rewind to their past productions, there’s been everything from time-travel to fantasy lands, not to mention an incredible interactive-video version of Hansel & Gretel that streamed live footage from the siblings’ handheld camera as they performed.

But it’s not just the sets that defy expectation. If you’re a fan of musicals, you’ll love Opera North’s all-singing, all-dancing productions. Take The Merry Widow for example, it’ll wow you with high kicks and can-can dancing, while last season’s Kiss Me, Kate brought together opera singers, West End dancers and a live orchestra to create a sensational show filled with toe-tapping tunes.

But it doesn’t happen overnight. It takes over a year to move from initial idea to final production – and they do most of it in-house. Opera North has its own costume and wig department, where they make everything from ball gowns to armchairs (yes, that was a costume, not a prop). And then there’s the set and lighting design. It’s breathtaking but practical. They have to slip from one scene to the next in seconds, then pack it all up at the end of the night to move to the next city. “We’re always creating different spaces with the set,” Giles Havergal, Director of The Merry Widow, told us. “One minute, it’s a very intimate scene, then you push the statues back and lift the chandeliers, and suddenly it’s a ballroom. It means you can move from one moment to another, with no pause to change scene.”

But despite all this, you can go to the opera for just £15 (or £10 if you’re under 30) – and between us, the cheap seats are some of the best in the house. The acoustics are great up on the balcony, so you can hear every word with perfect clarity – and all without a microphone in sight. Leeds Grand Theatre holds a massive 1,500 people and their voices carry all the way to the back row. Even better, in the gallery, you’ll have an incredible view of the orchestra below, so you can see every element of the production.

And there’s more, because Opera North is breaking out of the theatre for a series of pop-up events. You can drink craft beer, tuck into scrumptious food and watch an immersive opera in an incredibly intimate setting – all for as little as £10 with dinner and drinks. In the past, they’ve taken over bars, restaurants and even breweries – and if you’re quick, there’s still space on their Northern Monk pop-up. “You can experience an opera singer standing one foot away from you, singing a really gut-wrenching aria or dancing past you to The Merry Widow’s Waltz,” Director John Savournin told us.

The music heightens the impact

Opera can be funny, heartbreaking and utterly mad. It can bring you to tears or make you smile from ear to ear – and that’s down to the music, but not necessarily in the way that you expect. You see, it pulls you in and heightens the emotion of everything that’s happening on stage, so the theatre of the opera is even more powerful.

“Any production of an opera, especially a Puccini opera, has to be led by the music, it all stems from the music and it’s very, very emotional. He takes us through the wringer, you feel the plight of Tosca, but you also feel the incredible love she has for Cavaradossi, the same love that he feels for her in return,” Edward Dick, Director of Tosca, explained. “I hope the production will tell the story in a way that makes the music make sense, it’s a totally emotional experience – it’s overwhelming, sumptuous and beautiful.”

You might be surprised by the effect the music has on you. The big crescendos can send your heart racing, while diminuendos have a wonderfully calming effect – but of course, how it makes you feel will depend on the opera itself. Some are light and easy with the feel of a Hollywood musical, others are deep and thought-provoking with a more traditional format – there are even utterly addictive operas, like Cinderella and Un ballo in maschera that will get stuck in your head for years to come.

And when it comes to the music itself, Opera North is right up there with the best of them. Not only do they bring in world-class opera singers from around the world, but they’re also the only company outside of London that employs a full chorus and symphony orchestra, so expect to be blown away.