WIN Two Tickets to All Eight Leeds-Based Games at the Rugby League World Cup, Plus Fabulous Food & Drink at The Box, Worth Over £890

It’s the big one – tickets to all the World Cup games taking place in Leeds. 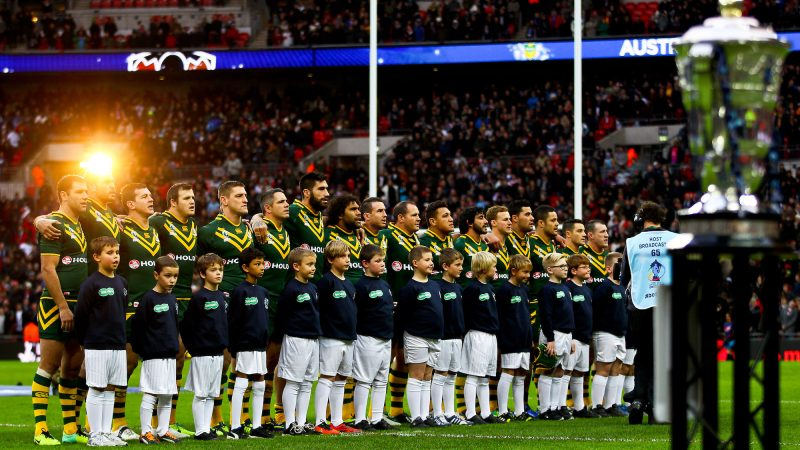 This year’s Rugby World League Cup promises to be a nationwide sporting spectacle as the men’s, women’s and wheelchair competitions run at the same time. Leeds is one of the main hosts – find out more.

The Rugby League World Cup 2021 sees the men’s, women’s and wheelchair tournaments take place at the same time, for the first time ever – and you can win tickets!

It’s better late than never for the Rugby League World Cup 2021, with the biggest ever men’s tournament just one of the three you can get stuck into from Saturday 15th October to Saturday 19th November 2022. With many of the eight games sold out or with just a few spots left, this chance to win a pair of Category A tickets to eight games in Leeds is not to be sniffed at. And if that’s not enough, there’s a £200 tab for The Box in Headingley on the table too! 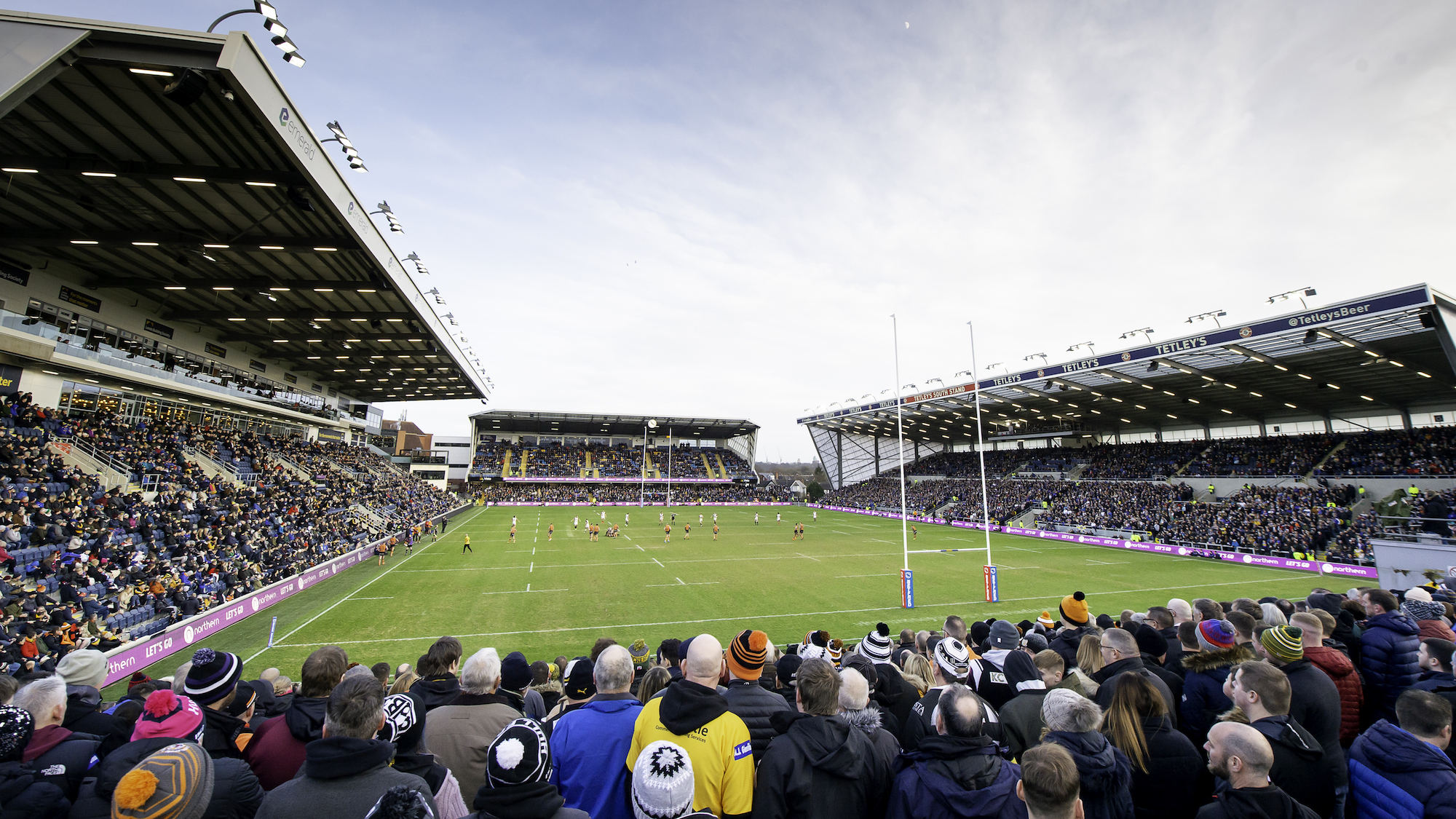 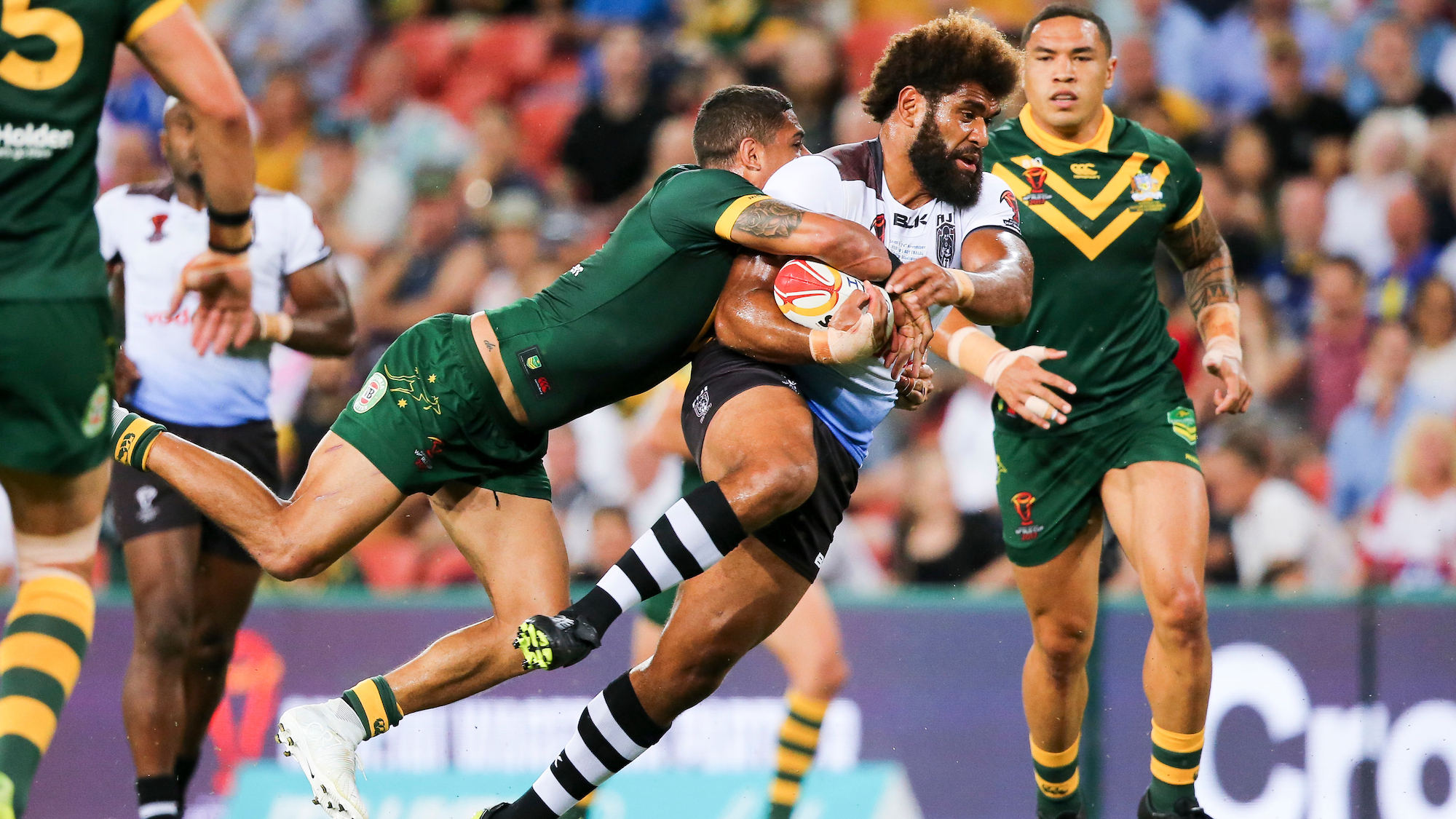 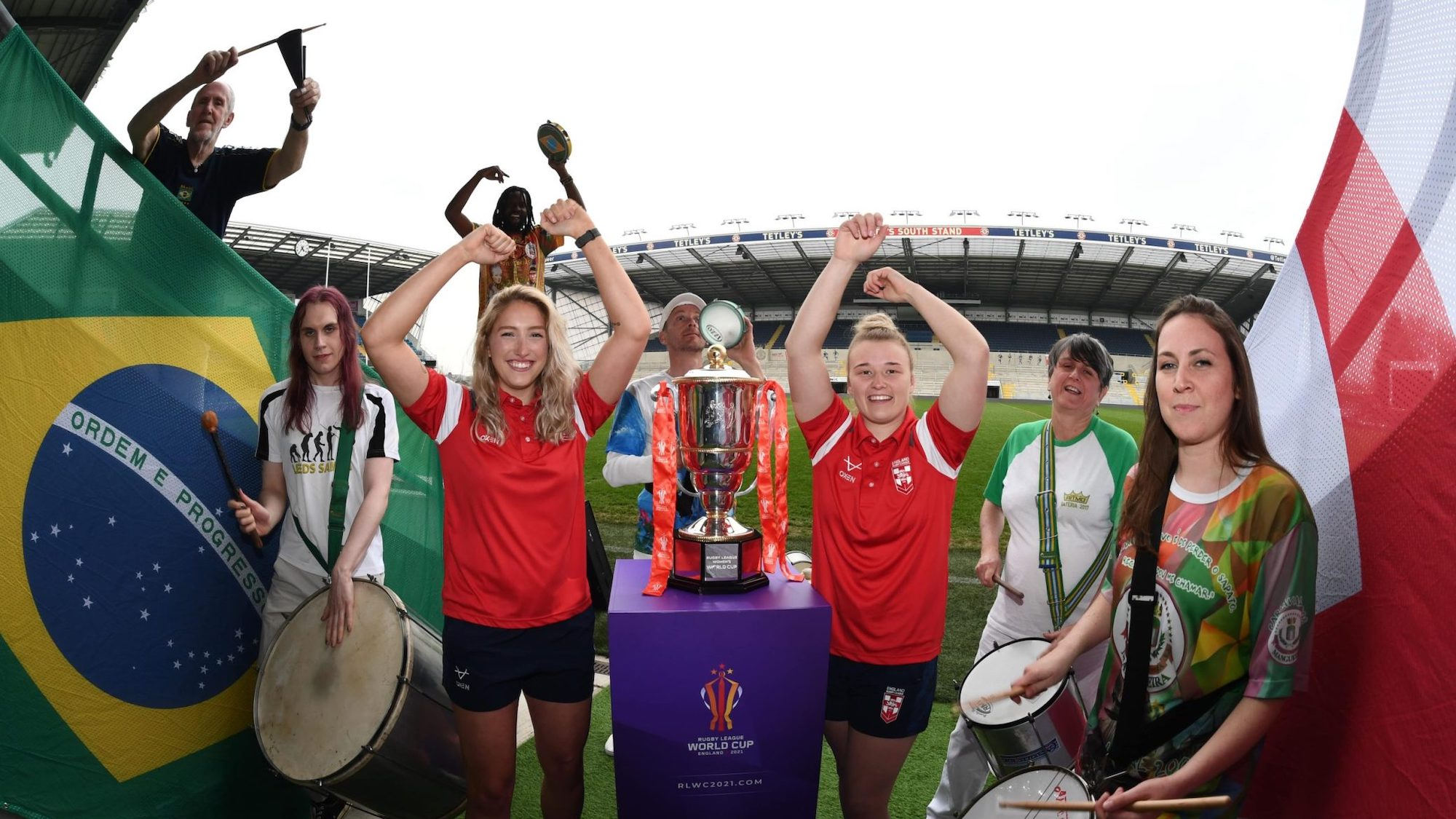 If you’re our lucky winner, you’ll get a pair of Category A tickets to all eight of the Rugby League World Cup 2021 games hosted in Leeds. That includes an opening day gem between defending champions Australia and multi semi-finalists Fiji at Headingley Stadium, as well as one of the sudden-death semi-finals at Elland Road. It doesn’t matter if you’re a long-time Rugby League fan or dipping your toe for the first time, you’ll love the family-focussed atmosphere.

In between those two games, you’ll get two tickets to Jamaica Men vs. Ireland Men and a double header on Tuesday 1st November 2022 where England and Brazil women clash, before Canada’s women take on Papua New Guinea. There’s another exciting women’s double header on Wednesday 9th November 2021, with Canada versus Brazil and England women back to tussle with Papua New Guinea. The women’s game has never been stronger or more popular, so expect an amazing atmosphere. 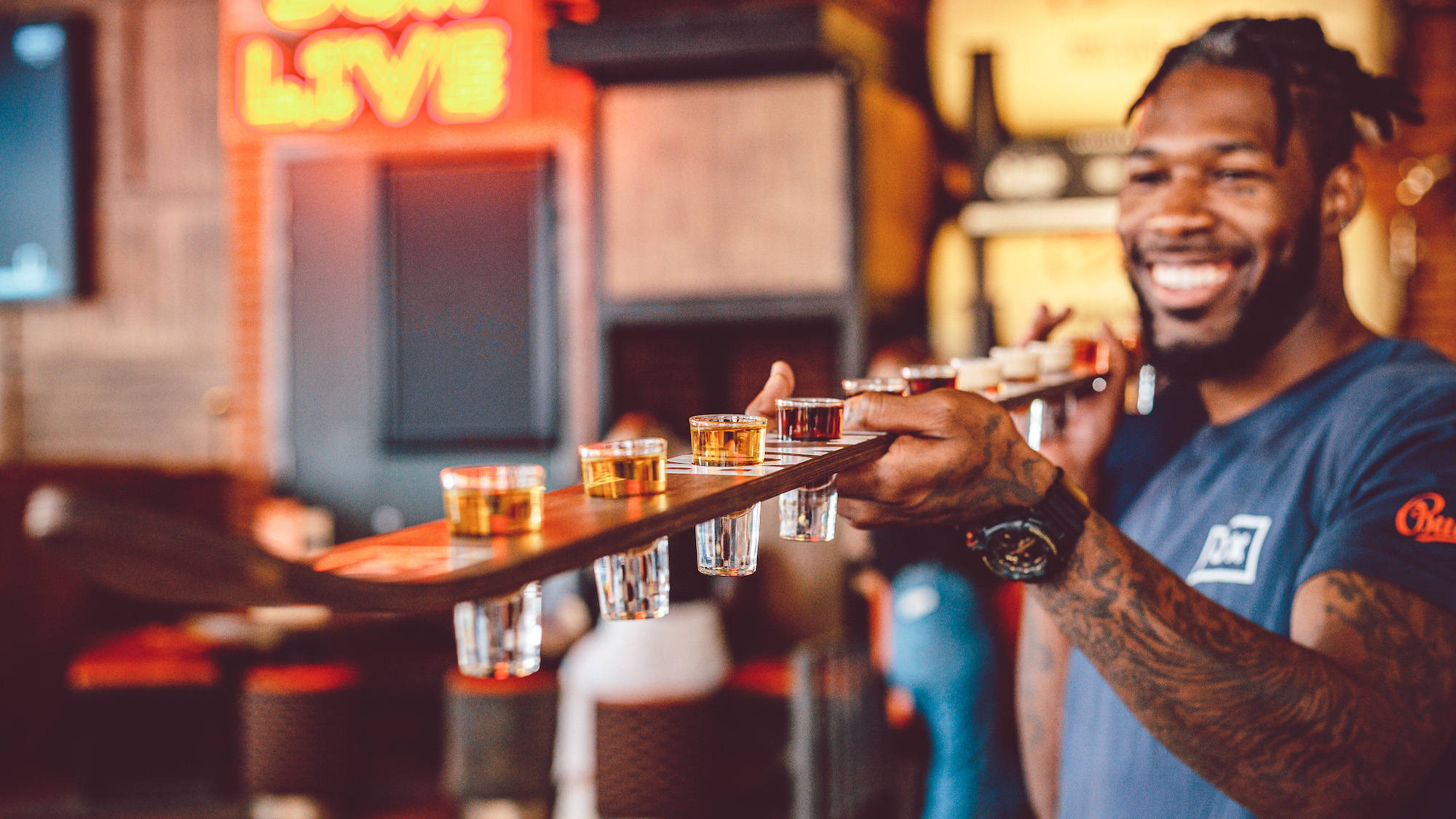 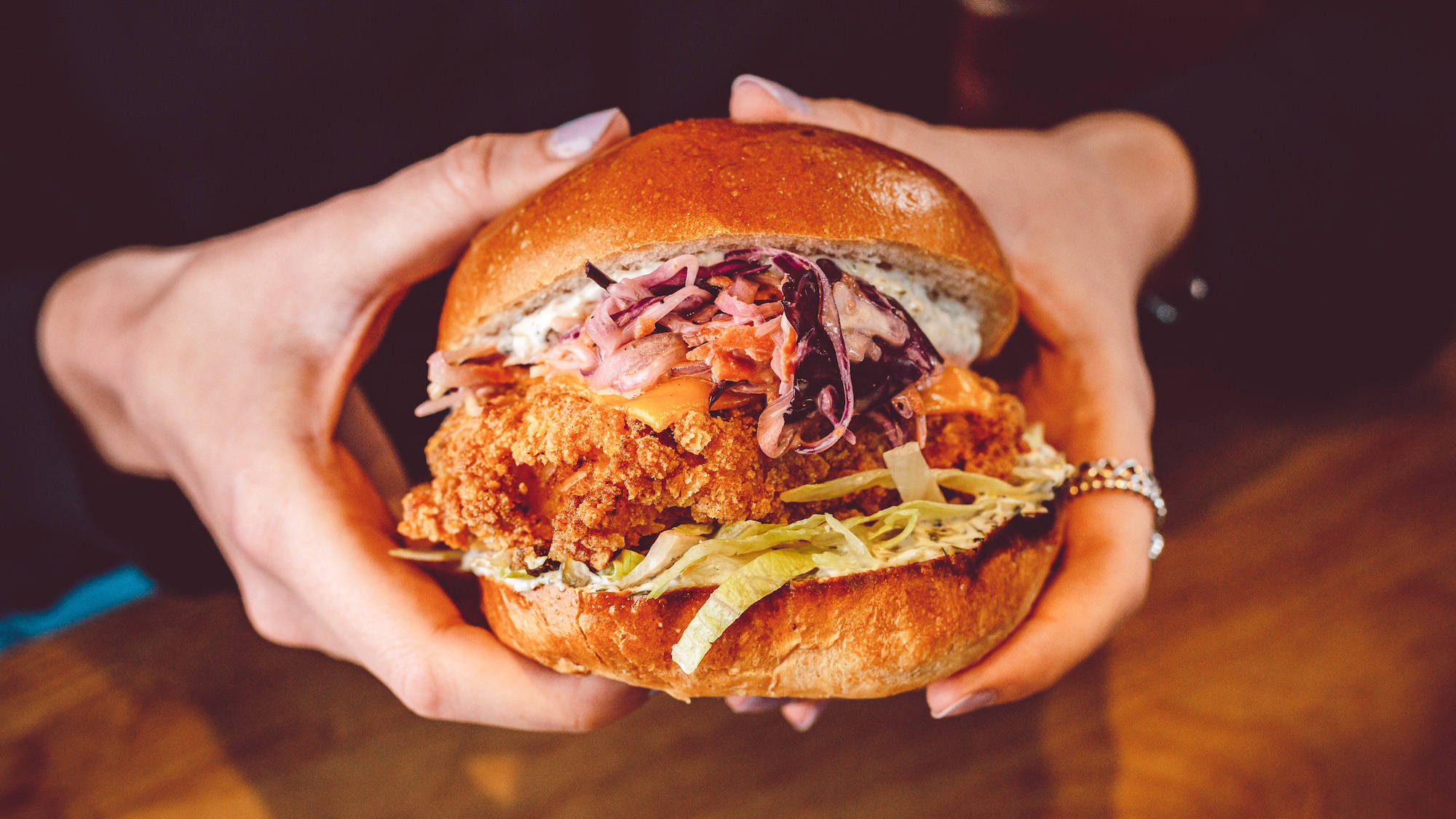 What better way to head to the game than with a tab for £200 at The Box, Headingley. You can spend it on food and drink, and the suburb’s best sports bar will have the games from other cities on, so you can have a debrief over beer, cocktails and scran. Will you blow it all in one go, or make it last over several of the games you’ve got tickets for at Headingley Stadium? Whether you’re commiserating or revving up for the game, spend it how you want.

The Box has a great range of lagers, ales and craft beers, but you can also get set for a day at the rugby with 2-4-1 cocktails, shots, perfect serve gins and even sharing steins. Hand-formed burgers and loaded fries – the Hog Heaven with its smoked pulled pork and frazzled chicken is not to be missed – set the tone. If that’s not enough, pizzas from pepperoni to brie and chorizo, are all made with premium ingredients.

Fill out the form below and hit 'Enter Now' by 5pm on Thursday 13th October 2022. We use the info you share with us in accordance with our terms and privacy policy, so we can send you emails with news, offers and even more competitions you might want to enter.

The free prize draw is open until 5pm on Thursday 13th October 2022. There is one prize available. The prize is in two parts. 1) 2 x Category A tickets to see all eight of The Rugby League World Cup 2021 games hosted in Leeds. 2) £200 to spend on food and drink at The Box, Headingley. The £200 can be used on food and drink. Booking must be made in advance by contacting ARC Inspirations and dates/times are subject to venue availability. Prize must be taken by February 2023. This free prize draw is open to UK residents with a valid UK postal address only. One winner will be randomly selected from the database of entrants who completed the prize draw online entry form. Employees and family of The Rugby League World Cup 2021, ARC Inspirations, Leeds Digital Magazines or any agencies connected with the set up of this prize draw are not eligible to enter. No cash alternative. The winner will be contacted by email. The winner must confirm that they’re eligible and able to accept within 24 hours of the email being sent. If a winner does not contact us within this time period, we reserve the right to choose another winner at random from all other eligible entries. Subject to availability. All entrants must be aged 18 years or over. Please drink responsibly. Standard Leeds-List terms and conditions apply.