Whether you want to impress a client, travel to the airport in style or just go from A to B in luxury, myDriver’s chauffeured car service is just the ticket. Get a FREE £10 credit when you quote LEEDSLIST.

myDriver have just launched in Leeds, offering a chauffeured car service that’s as easy as Uber, but a whole lot more luxurious…

From picking up important clients to getting to the airport in style, there are hundreds of things that you could use myDriver’s chauffeur service for. But what about doing something a little bit different, a little bit extravagant or even a little bit unusual? We’ve got a few ideas you wouldn’t normally entertain… 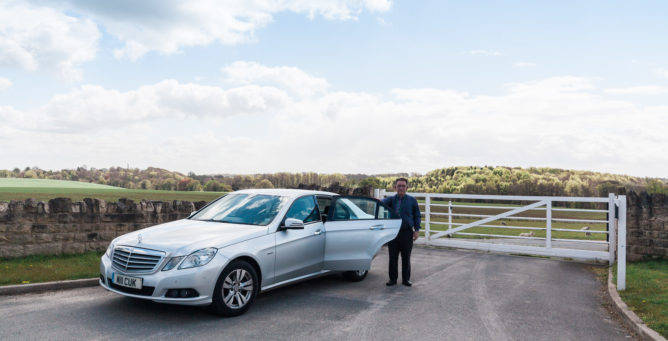 What if you swapped that crowded bus to Leeds Fest for a myDriver, chauffeur driven car? It won’t necessarily make the experience any quicker, you’ll be stuck in the same traffic as usual, but this time you’ll be in the lap of luxury, in a BMW or even a Mercedes-Benz.

While everyone else queues, you can relax at home, let the chauffeur carry your bags to the car, then take in the views as you make your way to Bramham Park for a day or even a whole weekend of live music. Imagine how amazing it would be on the way back too, when you’re knackered after all that partying. 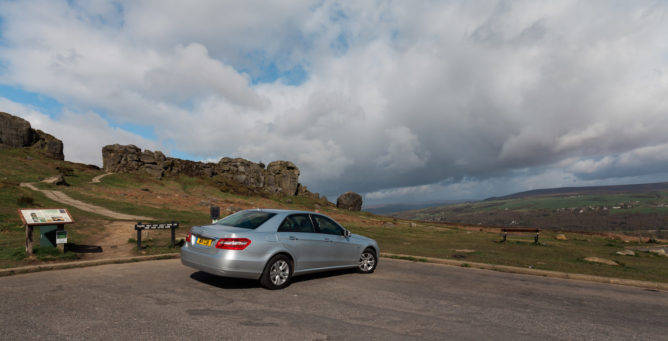 For us, visiting Ilkley is as much about the journey as it is the destination, because you’re surrounded by the beautiful countryside that’s earned Yorkshire the nickname of God’s Own Country. There’s no better use of a chauffeured car – just sit back, relax and enjoy the view.

Ilkley itself has plenty to keep you entertained, with a host of independent boutiques and eateries, alongside picturesque walks, proper country pubs and the rather fabulous Ilkley Lido, an outdoor swimming pool that’s perfect for family outings (you’ll need one of their luxurious Mercedes-Benz V-Class vans for bigger groups). Don’t miss Cow & Calf, a stunning rock formation that you can clamber all over. 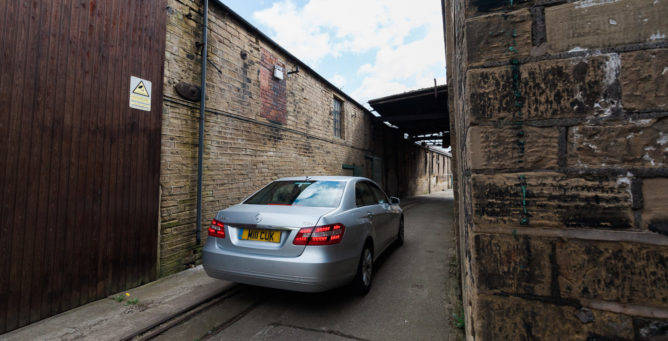 How about a spot of ghost hunting? Leeds has two places where you can give it a go – Armley Mills and Thackray Medical Museum are both said to be haunted, with doors slamming of their own accord, temperatures dropping for no reason and whimpering noises coming from the shadows. And if you’re feeling brave, you can spend the night at one of the two museums, with seances, Ouija boards and table tipping.

These ghost hunts require you to arrive late at night and leave in the early hours of the morning, after you’ve been scared silly wandering around an old haunted building – in those circumstances, you’ll appreciate the comfort of myDriver’s chauffeured car even more. 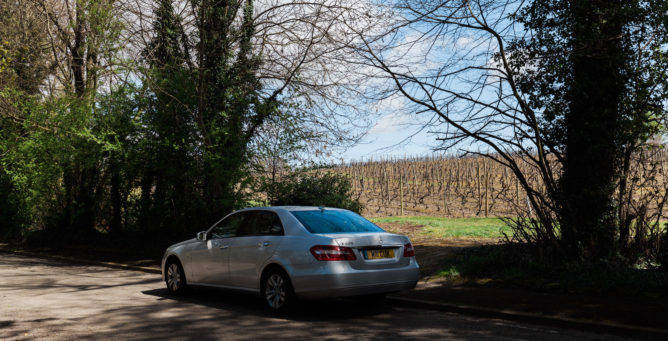 You don’t have to go to the Loire Valley to visit a vineyard, in fact, we’ve got our own little slice of boozy heaven, right here in Leeds. And since you’ll surely want to sample their wares, you won’t want to drive yourself. Arrive in style, in a BMW 5 Series or a Mercedes-Benz S-Class, after a drive around the countryside of Ledston, Ledsham and Methley.

The vineyard itself is open most days, from 11am to 4pm, Monday to Saturday and noon to 4pm on Sundays. Here, you can try their selection of locally-produced wines, which include whites and reds, as well as sparkling wines, and pick a bottle or two to take home – you might even be lucky enough to meet George Bowden, who owns the vineyard with his wife Janet, and is always happy to share his wine expertise. 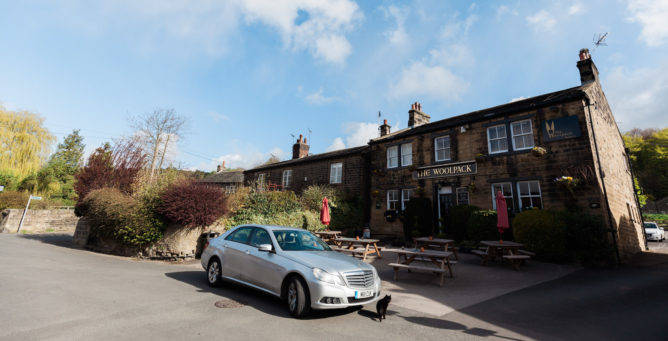 It’s been on our screens since 1972, so it’s no wonder that Emmerdale has so many fans. The show was first shot in Arncliffe, before moving to the now instantly recognisable village of Esholt, which has now been recreated, brick for brick, on the Harewood Estate.

What better way to spend the day, than by touring all those instantly recognisable haunts, and of course, having a drink in the Woolpack. The trip from Leeds will take about 35 minutes, taking you through rolling countryside and quaint villages, before you finally arrive at your destination, where you’ll see many a familiar building. From here, why not make the trip over to Otley, which as all you Emmerdale fans will know, is the fictional market town of Hotten? 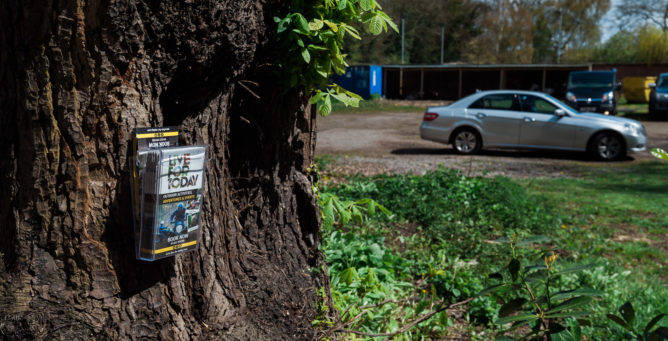 You’re probably thinking that Hazlewood Castle is exactly the kind of place you’d get a chauffeur driven car to, it’s a luxury hotel after all. But we’re not talking about overnight stays or spa weekends, we’re talking about quad biking.

That’s right, Hazlewood Castle doubles as an adventure playground of sorts, with Live For Today offering all manner of activities, ranging from body zorbing to paint-balling. So treat yourself to a luxurious drive in one of myDriver’s BMWs or Mercedes-Benz, then get ready for a very different ride as you take on a 30 minute circuit of hills, straights and technical corners, avoiding obstacles along the way. It’s muddy, it’s messy, and it’ll get your pulse racing – but of course, you’ll have a serene ride home to get your heart rate back to normal. 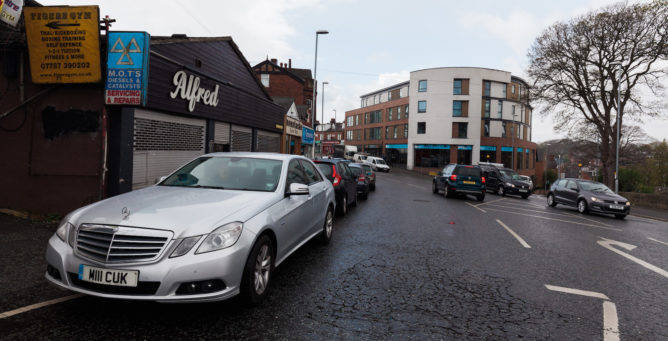 North Bar is a Leeds institution, and one that’s all too easy to pay a visit to, being nestled in one of the city’s most popular nightspots – but North Bar doesn’t stand alone, it has siblings and they are all equally obsessed with quality beer from all over the world. Time for a pub crawl?

Start in The Cross Keys with a spot of lunch from their deliciously British menu before moving on to the original New Briggate bar – but don’t get too distracted by their selection of over 130 beers, because you’re going to be visiting the whole North Bar family. So jump in your myDriver car to Alfred, Further North and Preston, before taking a luxurious break as you drive from Roundhay to the new North Bar in Harrogate. Finally, jump back in your chauffeured car and make your way for a cheeky tipple at North Bar Social in Otley before you start the half hour drive home.