If Leeds is to become the leading light of the North, it needs to give visitors a better welcome. The Leeds welcome is vitally important, but what can the city do to make it better?

Leeds is getting more and more popular as it grows. In fact, there were over 26.21 million tourism visits in 2015, with another 4 million business visits on top of that. That’s a lot of people coming into the city – and a massive increase on 2013, with day visits up by 4.7% and overnight stays up by 12.5%. But as the number of visitors rises, so too does the importance of the city’s welcome.

Whether you’re coming into Leeds for the first time, or just don’t come very often, those first few moments can shape your view of the city. What you see, where you go next and the experiences you have on your way could be the difference between a return visit and a ‘never again’. But does our welcome do the city justice? Probably not.

Take City Square for example. It’s the first thing you see when leaving Leeds Train Station, which is actually the second busiest outside of London, and it’s meant to offer a beautifully designed welcome. But at the moment, what you actually see is The Majestic, one of the most historic buildings in Leeds, a shell of its former self, while traffic and congestion makes getting across the square more drama than it really needs to be.

It’s something Gerald Jennings, President of Leeds Chamber of Commerce, is clearly passionate about, “When you leave our train station you’ve got to cross the loop, City Square, if it didn’t have all that traffic coming across it could be a much better space. You could come out there and almost feel that you were walking into a piazza kind of space.”

However, proposals have already been put forward to solve this – the potential pedestrianisation of City Square by 2021 is the big one, with money from the £1.4 billion of West Yorkshire +Transport Fund already committed to make that happen. There are still questions about the logistics of it all, but rerouting the roads away from City Square, improving the public areas and making it easier for pedestrians to get around could make a huge difference to visitors’ first impressions. 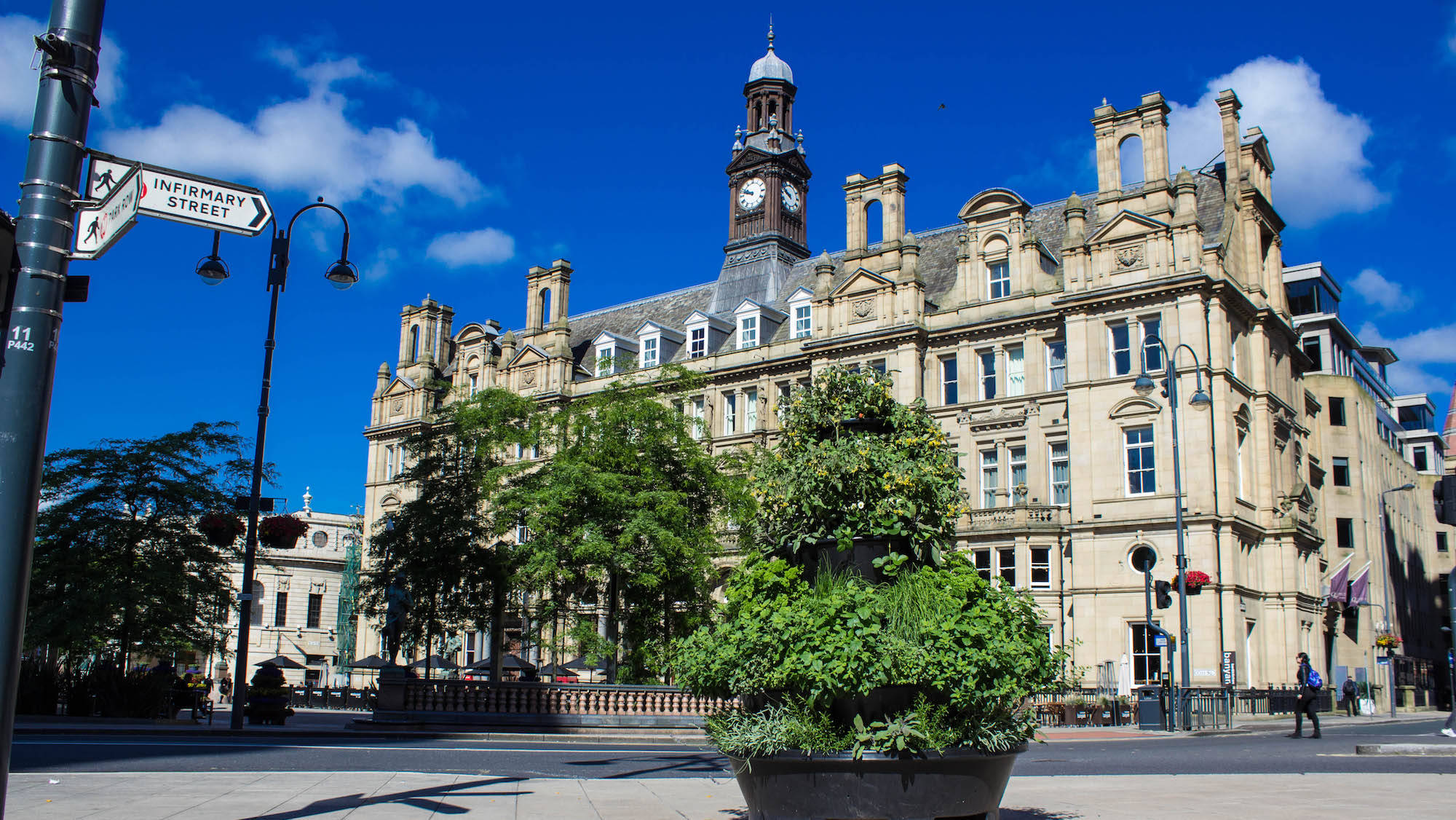 The plans to pedestrianise City Square are set to go in front of the Leeds City Council executive board before the end of September 2016, so we’ll soon know whether that will be moving forward. And they’re not the only plans on the go, because Rushbond have released new designs for The Majestic that could make City Square the perfect welcome for those coming out of Leeds Train Station.

It’s the same in other key areas of the city. Leeds Bus Station welcomes people out through Kirkgate, the oldest street in Leeds, which has been left almost derelict for decades. But the Kirkgate Regeneration Scheme is starting to change that, and even First White Cloth Hall is set to be saved, thanks to the Council’s compulsory purchase order – having landmarks like this at key entrances will help to show visitors that Leeds is a city that’s full of history.

If this is the first thing you see when you leave a train station, bus station or car park, it’s not going to give the best first impression. It’s about creating a positive experience for people, and one of the key aspects of doing that is not just making things look nice, but also making it easy to get from A to B.

In fact, Leeds Train Station has just opened a £17.3 million Southern Entrance, a huge moment as it hopes to reduce congestion and provide top notch facilities for such a busy station. However, the areas around it hasn’t been given the same TLC.

From the new entrance, you can follow the exit out to the Dark Arches, which are basically damp, gloomy archway car parks, or head out onto Granary Wharf, which is a lovely part of town, but not one that’s very well sign posted – especially if you’ve come out of this exit for the first time, or with the intention to go into the heart of the city. Where do you go next?

You only have to look at recent work in other cities to see where Leeds can really make the most of its incredible potential. Liverpool Lime Street has been transformed from a post-war hellhole into an iconic entrance to the city where people immediately get a sense of arrival and have a clear pathway into the centre. More recently, Birmingham underwent a similar transformation at New Street, turning an incredibly dated part of town, overshadowed by the newness of the Bullring, into an open, accessible and ultimately welcoming landmark that leaves a considerable first impression.

Leeds doesn’t need the same kind of transformation, in fact, it has a solid base to work from, one that those cities didn’t really have. But their approach to making a memorable first impression is something Leeds can take note of – and it’s vital that we do, if we’re to compete as one of the must important cities in the North.

Work has already started to fix this. The Leeds Welcome Ambassadors were introduced over the summer, taking up positions in key parts of the city to help visitors with questions or in need of directions. Similarly, another project by the Leeds BID, who are making an effort to transform the Leeds Welcome, is the Street Rangers, a dedicated team of cleaners who will help to enhance the look and feel of the city. They’ll be carrying out small but essential tasks, from street cleaning and chewing gum removal to deep cleans of areas of the city that aren’t looking their best. 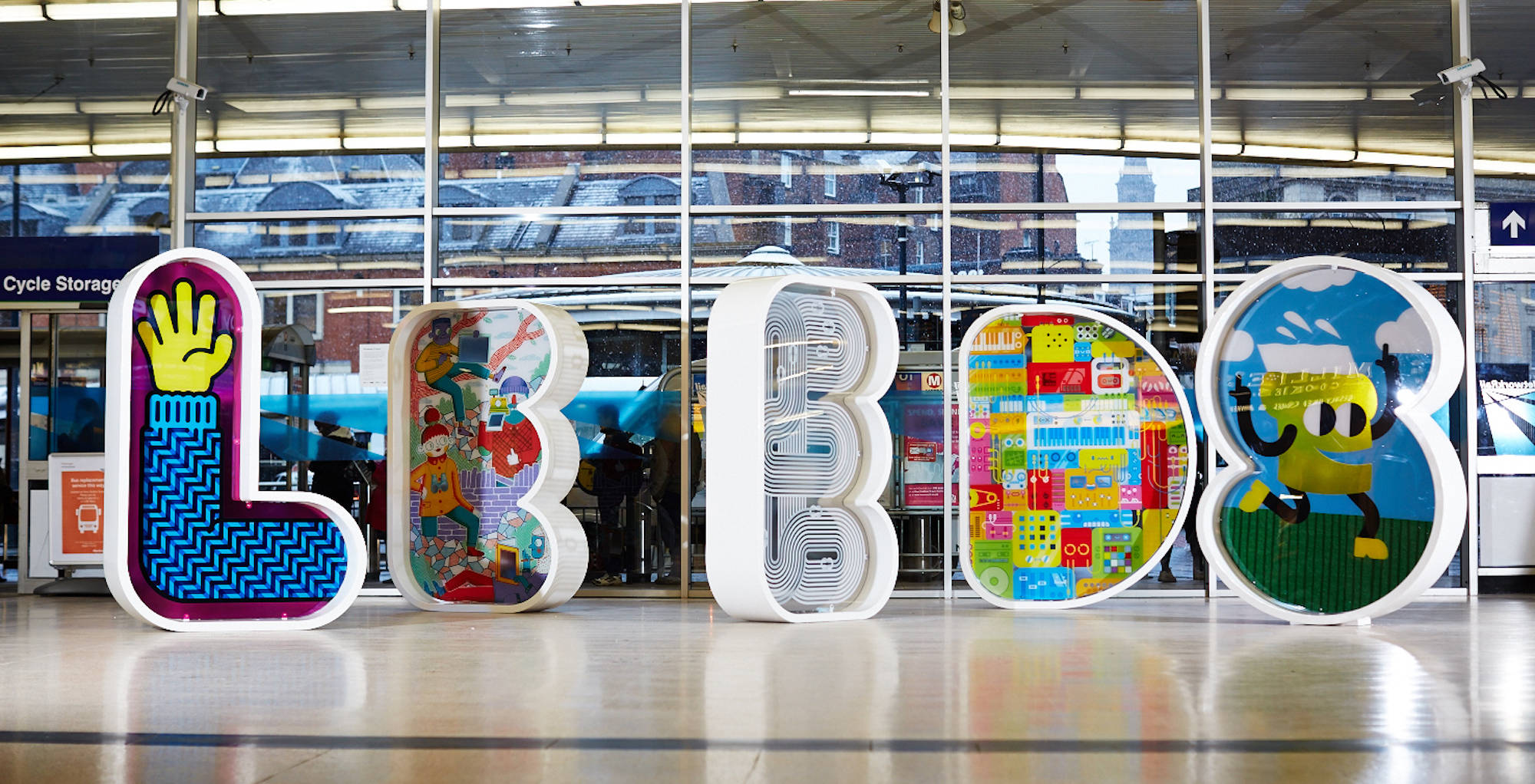 Martin Dickson from the Leeds BID, told us why they’re working to make the Leeds welcome better, “The welcome to the city is essential in making a lasting and positive impression on both business and leisure visitors, to ensure they fall in love with Leeds, enjoy to the maximum their time here and take away a positive set of memories, advocating the city and its character within their personal and professional networks wherever they may be beyond Leeds.”

It’s not just a physical presence on the streets however – little things such as the Windows of Leeds installation at the exit to Leeds Train Station, and the huge graffiti murals at the back of Kirkgate Market by Leeds Bus Station, make the city a more colourful and welcoming place. That’s something that needs to happen right across Leeds.

Leeds is bigger and better than it has ever been, with Trinity Leeds, Victoria Gate and First Direct Arena all bringing more people into the city, along with a slew of new office, leisure and residential developments. But if we’re going to bring people in, we need to give them a warm welcome. It’s vital we get these things right, if Leeds is to become the best city in the North.