Why it Rocks to be a Tech Start-up in Leeds

There's no better place to start a tech business than Leeds. 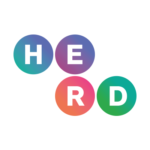 It’s not just tech giants that are settling down in Leeds, the city is becoming a hub for start-ups too.

The digital industry now accounts for £688 million of the city’s overall GVA. That’s a massive number, and it’s been bolstered by tech giants like Sky Betting & Gaming, NHS Digital, LexisNexis and Jet2.com. But it’s not just big businesses making waves in Leeds – the city has also become a hub for tech start-ups, with 314 new start-up births between 2011 and 2015 alone. And it’s not just new businesses, start-ups from the capital are beginning to turn their eyes North in search of a better place to do business.

You don’t have to do it alone

Our tech sector is incredibly strong. There are now over 3,500 digital and tech businesses in the city – and we have a thriving digital community, which means you can tap the brains of some of the city’s greatest digital minds. But that’s not the only way to get real-world advice, because Leeds is also big on support.

Meanwhile, the University of Leeds has the Business Start-up SPARK, a team of experts who provide ongoing advice and support, as well as introducing students to alumni mentors and helping them to get funding. It’s already helped hundreds of students, including Daniel Rajkumar, founder of Rebuildingsociety.com, a business that has its own role to play in helping start-ups. “I was one of the first businesses to benefit from the SPARK programme,” he told us. “I was also supported by various mentors and advisors – you need to be resourceful when you’re a start-up, using all the help you can get.”

He built rebuildingsociety.com from the ground up, fighting his way through 27 months of FCA red tape and developing the tech that allows businesses to bypass the banks and raise funds through peer to business lending. It doesn’t sound particularly far-fetched – these days, we’re used to crowdsourcing links popping up in our Facebook feed – but Rajkumar led the charge, creating a platform specially for businesses at a time when the technology simply didn’t exist. It was a difficult journey, because he had to fight to change perceptions, but it worked, and Rebuildingsociety.com has now facilitated over £10 million in loans from more than 200 applications for finance.

Leeds now has its own dedicated tech hub

One of the most exciting developments for the city’s tech entrepreneurs in recent years is FutureLabs. It’s a not-for-profit tech centre that gives them a place to work, as well as offering mentoring for tech start-ups and scale-ups. Just like people, every start-up is different, so FutureLabs tailor their support by assessing each business’ requirements and giving each them the help they need.

“At a basic level we support start-ups by providing a cost effective workspace – hot-desking, co-working or dedicated office space – and a community of people all on the same journey and all using tech to solve problems,” Co-founder Steve Wainwright told us. He set up FutureLabs with Emma Cheshire and Amy De-Balsi after recognising that Leeds was the only major UK city without a dedicated tech hub of scale. “The support in the hub is immense, as there will always be someone around who has faced the same challenges as you.”

The community is incredibly important here, and it’s one that’s shared in the city’s other co-working spaces, including Duke Studios, Leeds Beckett Digital Hub and ODI Leeds, but it’s not the only way they offer support. FutureLabs have a pre-accelerator programme, designed to help start-ups hit the ground running, with six modules covering the basics of starting a business and proving the idea. That’s accompanied by a full programme of events, with everything from teach-ins to hack days, and they also have a specialist mentoring service. Their panel of mentors includes experienced entrepreneurs, senior members of large corporates and well-informed professionals at firms like PWC. Even better, it’s completely free and open to anyone and everyone in the tech sector.

Very often in business, it’s not what you know, but who you know – and that plays a role here too. One of the things that makes FutureLabs so effective is their ability to make introductions. They have a lot of clout and a lot of contacts in the industry, which means they can bring together individuals and entrepreneurs to help make mutually beneficial matches, whether it’s a freelancer finding a potential new client or a start-up making in-roads with a potential investor.

Their networking events play a key role here, especially Founders Friday, which gives you an insight into the business and a chance to meet new contacts, all in one night. “It’s a networking event for the tech, creative and digital sector and is open to anyone from the sector who wishes to come along,” Wainwright told us. “We have free beer and three or four interesting speakers who talk about what they’re doing, their personal or start-up journey or their passion for maximum of 5 minutes each – that leaves loads of time for networking and catching up. It’s a great way of winding down at the end of the week – it usually empties our beer fridge and attendees are welcome to carry on the evening by joining the Leeds Digital Drinks crowd directly afterwards.”

Leeds has plenty of success stories that prove it’s a great place to start a business, not least of all Cocoon, the new-generation alarm system that uses their game-changing Subsound® technology to protect your home. They recently announced that Robin Terrell, former CCO at Tesco and MD of both Amazon UK and John Lewis Direct, had joined the board as Chairman, shortly before raising £2.46 million on Crowdcube to help drive their growth.

They’re accompanied by the likes of Infinity Works, Ten10 and new blind dating app, JigTalk, who found the support services in Leeds invaluable to their mission to prove it’s what’s inside that counts, as Zuzanna Gladysz explained, “We had hundreds of hours of advice from mentors and tutors, as well as an 18 month ‘nester’ status inside the Entrepreneurial Spark programme, special treatment from KPMG and every friend we know rooting for us and spreading the word. Without any of this, JigTalk would have never been possible.”

It just goes to show that this is the perfect place to start a tech business. It has a real start-up culture, with a host of affordable, collaborative workspaces and a strong support network to help you succeed. In short, it rocks to be a tech start-up in Leeds.

You can meet a medley of tech start-ups at Leeds Digital Job Fair on Friday 28th April 2017, including Cocoon, Clubbit TV, Eduvault and JigTalk, as well as businesses that have scaled up like Rebuildingsociety.com. Register for free now…