The Best BBQ Restaurants in Leeds 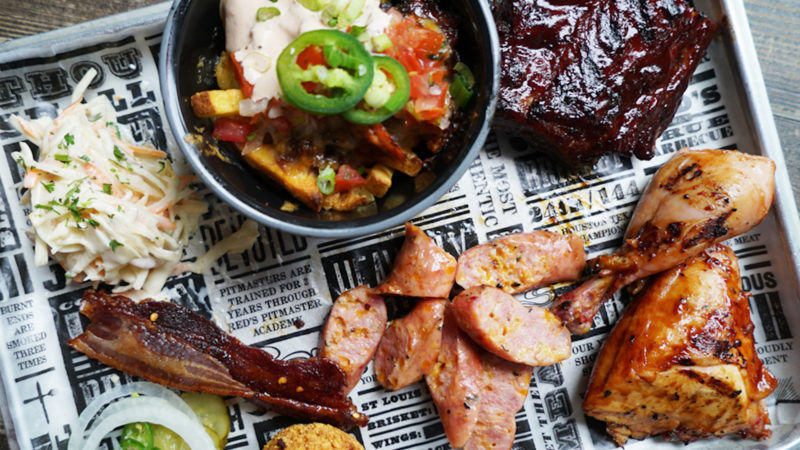 The very best BBQ in Leeds, serving ribs to the ravenous and marvellous meats to the Marvin…

Ah, what a delight a platter of grilled goodness can be. At this trio of outstanding barbecue restaurants in Leeds, you’ll find it difficult to choose between perfectly cooked ribs where the meat surrenders itself from the bone, juicy burgers, fabulously flavoured chicken and even some unusual options that might become your new favourite. It might be low and slow, but it’s also big and beautiful – it’s barbecue! 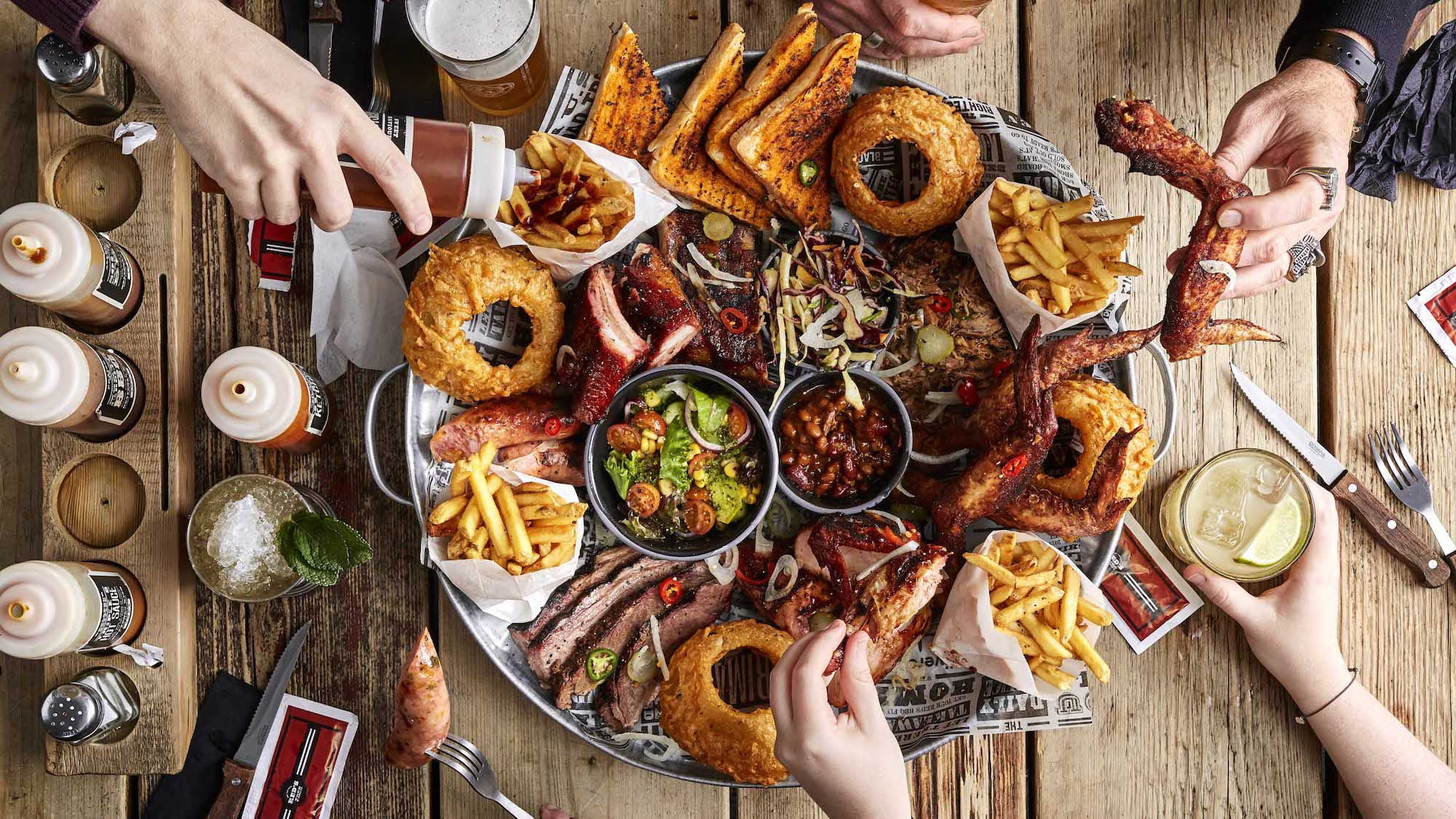 Worshippers of all things barbecue have been making a pilgrimage to Red’s ever since it opened in the city. In the years since, it has converted many to its creed of making meat sizzle and sing. Don’t get a manicure just before going – of all the BBQ spots in Leeds this is the one designed to get your fingers filthy with juice, sauce and all kinds of savoury amazingness. Start with chicken wings doused with their own Unholy BBQ sauce, then move on to rack of pork ribs, 14-hour smoked brisket, fillet steak, pit burgers, smoked chicken and cheese & jalapeño sausage. Drooling like Homer Simpson is completely involuntary. 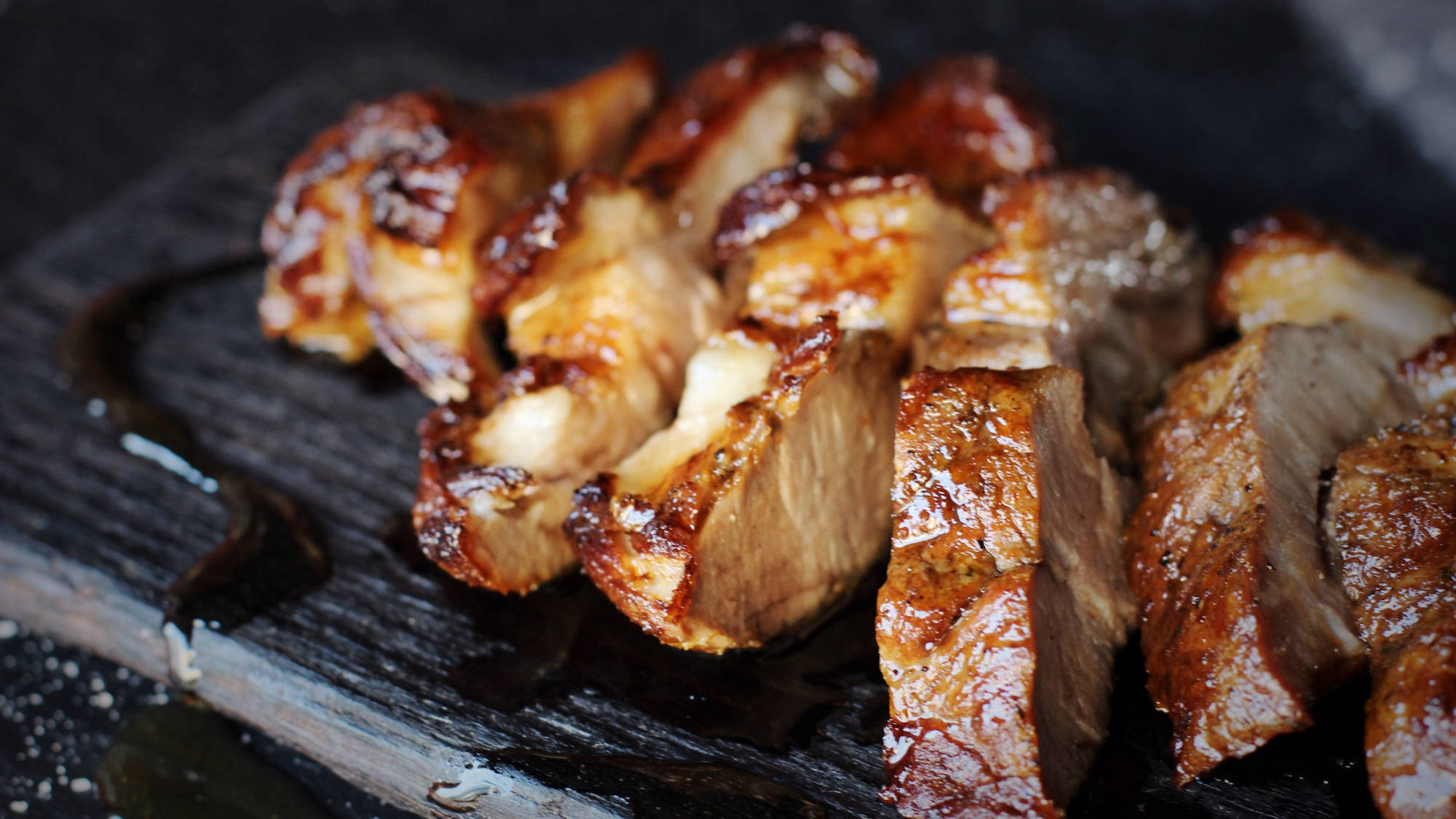 If there’s one thing you can bank on, it’s that South Americans know their way around a cut of meat. At Fazenda, you’ll be in safe barbecuing hands as a non-stop procession of Brazilian and Argentinian-influenced dishes make their way to your table. You’ll pay a set price, which differs from lunch to dinner and at weekends, and the food won’t stop coming unless you show the red card. Still hungry? Keep it on green for a parade of meaty perfection. Ribeye, tenderloin, honeyed pork collar, lamb rump, chorizo sausages, chicken thighs, heck, even chicken hearts. If you don’t get the meat sweats you’re not trying hard enough. 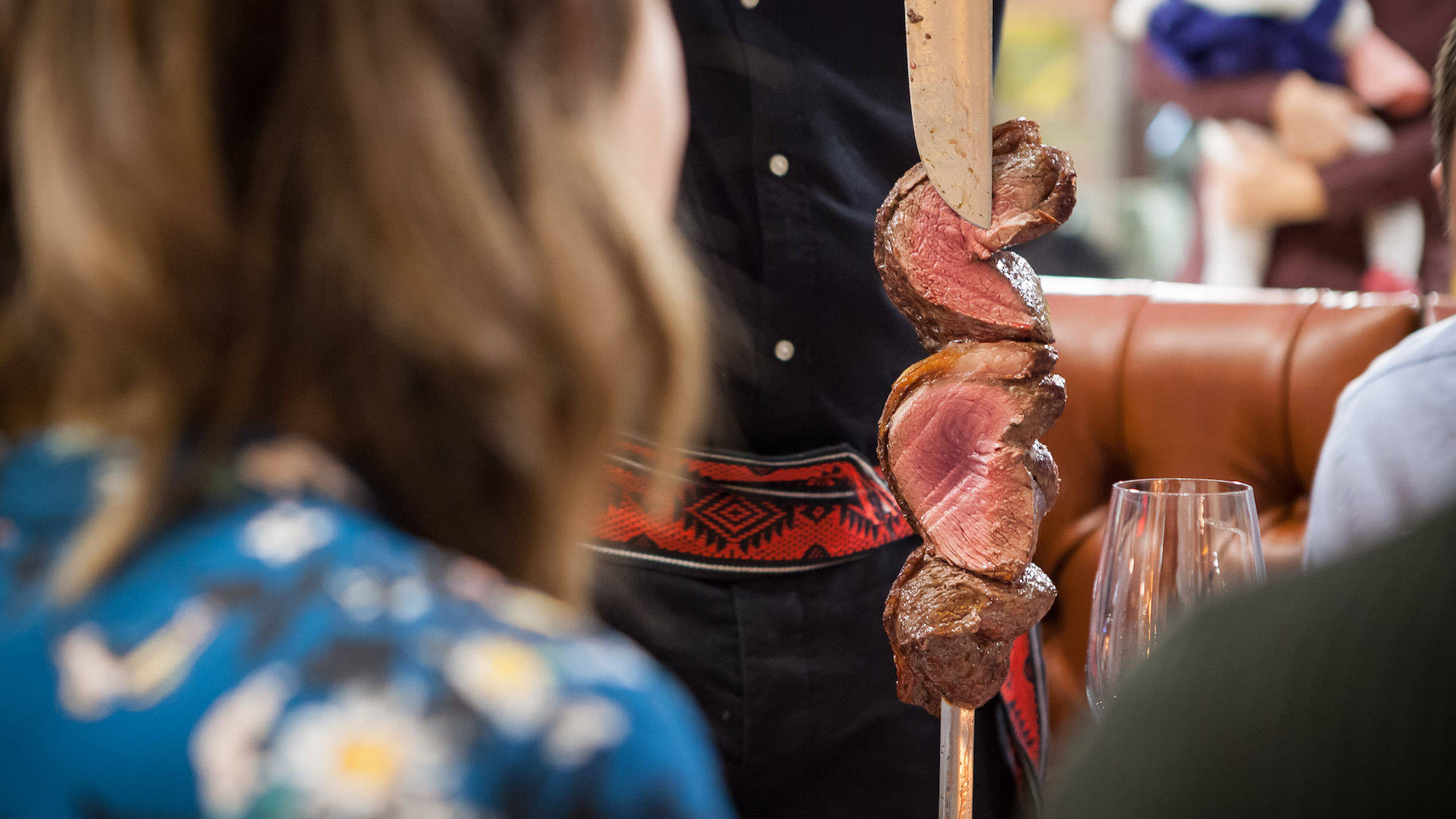 Rodizio-style restaurant Estabulo is another Leeds BBQ hotspot that treats the best cuts of meat with TLC, grilling them just-so before piling them high on your plate. All the meat here is cooked over open flames on skewers, then carved at your table for maximum flavour – no drying out or getting cold on a restaurant’s pass. Get your chops around tender lamb, pork belly, gammon, sausages bursting with hot juices, bacon-wrapped chicken and the must-try chicken hearts. And that’s before you get to the beef, with a dazzling array of cuts from tasty skirt to melting rump cap drizzled in garlic butter.