Face Painting, Axe Throwing & Combat Demos – Treat the Kids to an Epic Day Out As the Vikings Take Over Royal Armouries 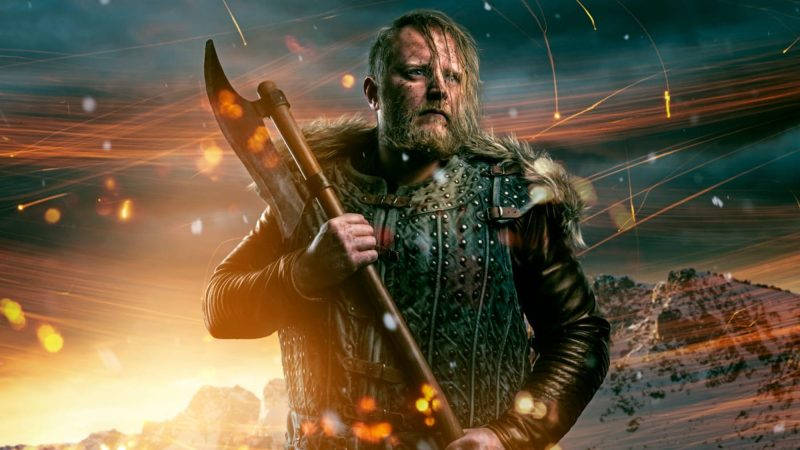 The Vikings are spending the Yule festival at Royal Armouries. Get ready for an action-packed programme of demonstrations, have-a-go activities, battle stories and more. Book now...

The Vikings are coming to Royal Armouries this Christmas and you can join them for an action-packed adventure!

Royal Armouries is stepping in to help you over the post-Christmas hump with five days of Viking-themed fun from Tuesday 27th to Saturday 31st December 2022. Combat training, war stories, axe-throwing – it’s all going on at this unmissable event. So if you’ve got rambunctious little ones at home, book your place and treat them to an epic day out at Viking Yule!

Yuletide, with a side of bitter, bloody battle 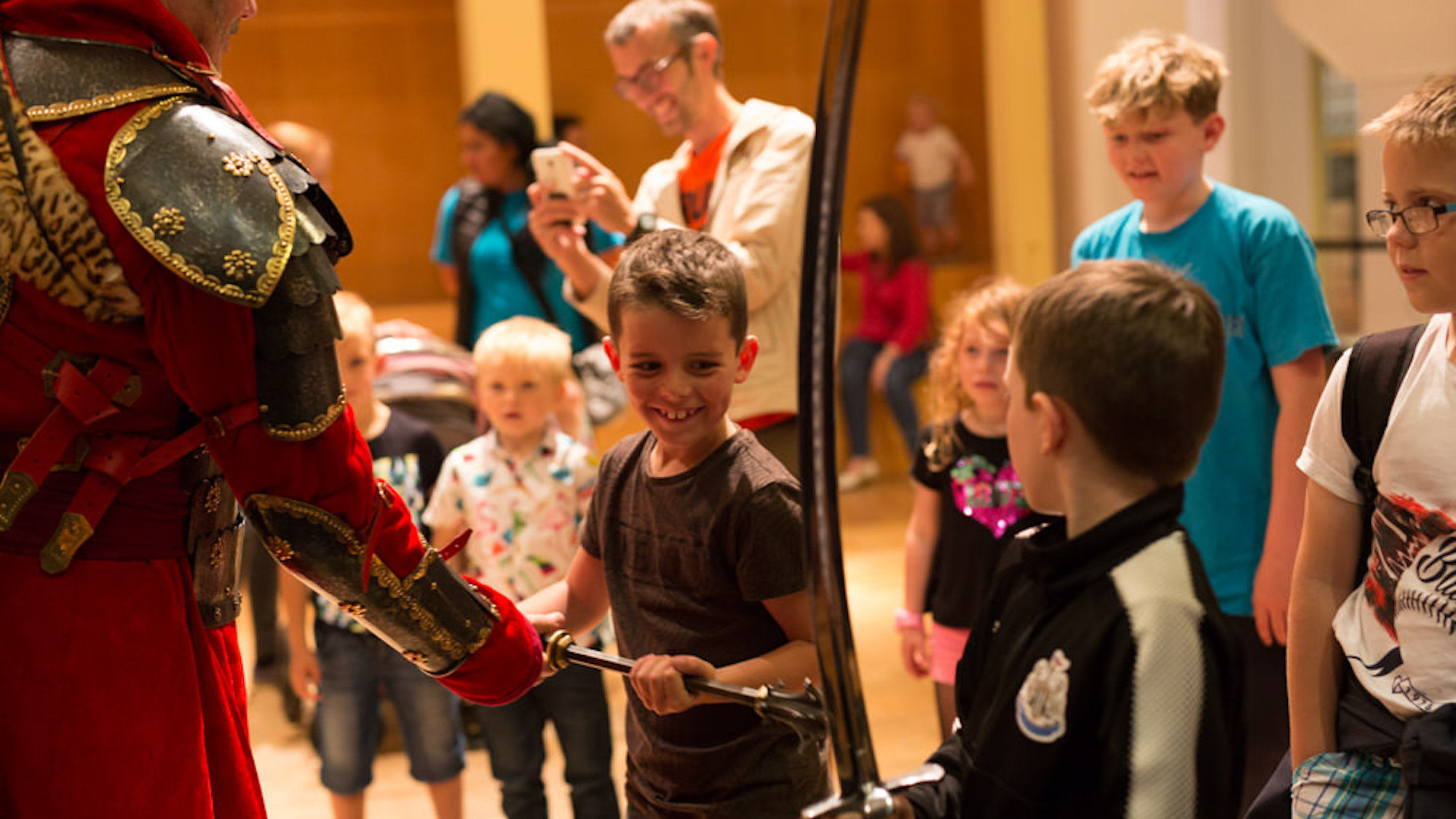 Where to start? The Viking village, of course! It’s here that our epic story begins, after sailing the high seas from Scandinavia and landing on new shores, our Vikings made themselves at home. This is your chance to talk to the would-be settlers and hear their tales of bygone battles, while playing games and learning how Vikings celebrate the festival of midwinter.

The life of a Viking isn’t all fun and games. After all, this country won’t conquer itself. So round up your little warriors and take them to Viking combat training, as those same villagers demonstrate their battle skills. Attack, defend, duck and weave – this is a mesmerising lesson in war! One that’s made even better by a deep dive into the armour and weapons made and used by the Vikings.

Now, it’s time for your mini-mes to transform into warriors themselves. First, take them have to have their faces painted in war paint, or if you’d prefer, to get a (temporary) Viking tattoo. Once they look the part, it’s time their those battle skills to the test. See if you have what it takes to vanquish your enemies on the battlefield as you hurl your axe at the target.

Hours of entertainment, all under one roof 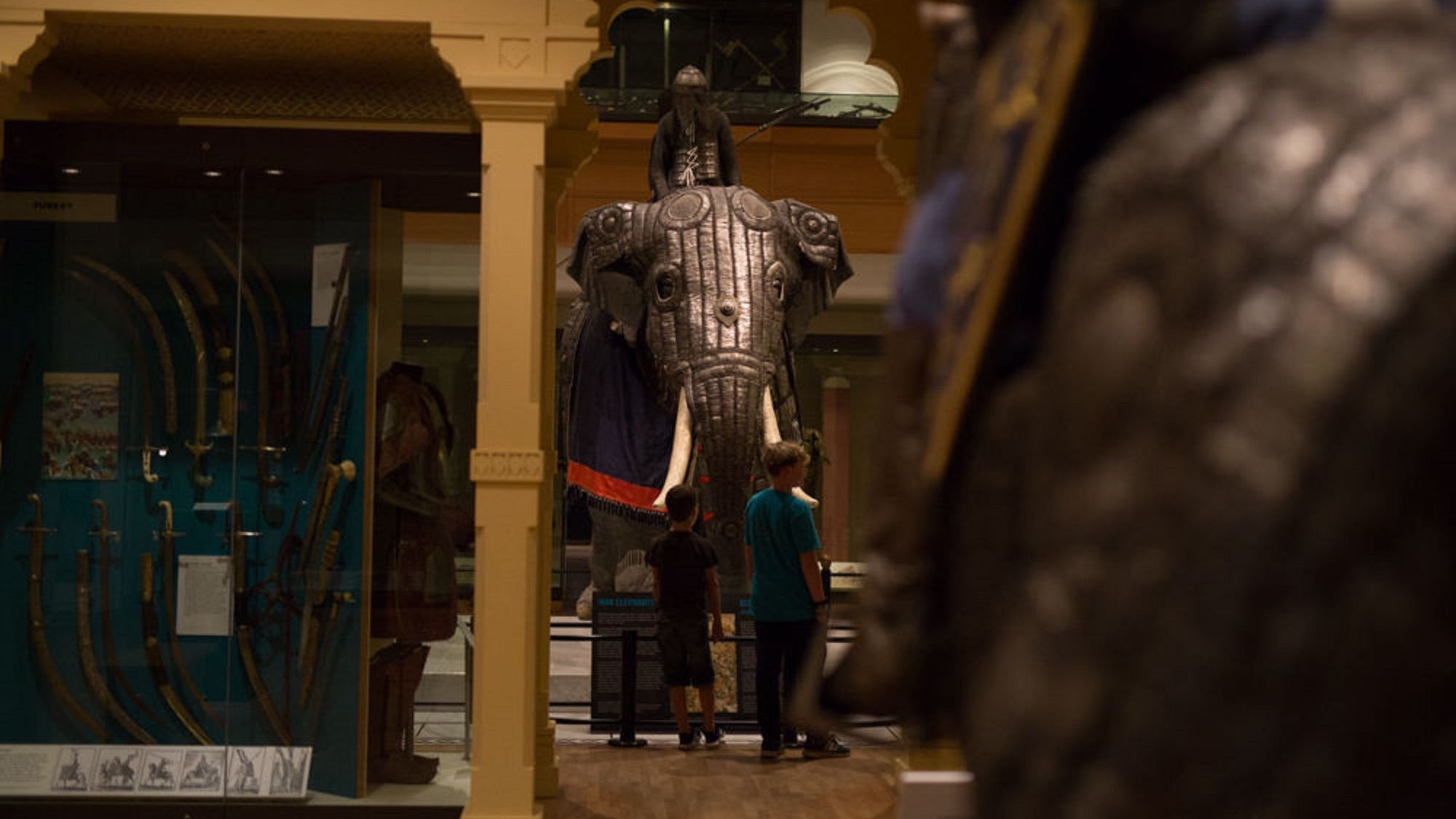 Once you’ve had your fill of Viking warfare, why not continue the fun in the wider museum? Royal Armouries has five floors of galleries and showcases 4,500 objects from the UK’s national collection of arms and armour. That means there’s loads of exploring to be done here and more than a few gems to be found, including Henry VIII’s famous (and grotesque) Horned Helmet.

So, what else can you find? Well, there are the classics – we’re talking swords, suits of armour and pistols aplenty. But there are also a few surprises to be found here. For example, did you know they have one of the heaviest suits of armour in the world? It belonged, not to a man, but rather to an elephant and weighs a whopping 118 kilograms. Oh my!

Elsewhere in the museum, you can find weapons made famous by the movies. Look out for the M41A Pulse rifle used by James Cameron for his classic 1986 film ‘Aliens’ and ‘Glamdring’, the sword used by Gandalf in The Lord of the Rings. And if that’s not enough to keep your little Vikings happy all day long, there’s even an escape room!

Not only is it free to visit Royal Armouries Museum, but most of their Viking Yule activities are free too (although they do suggest a small donation for face painting and axe throwing). You do, however, have to book ahead. So find a date that works – it runs from Tuesday 27th to Saturday 31st December 2022 – and treat your little Vikings to an amazing day out.