Check out this quintet of new arrivals. 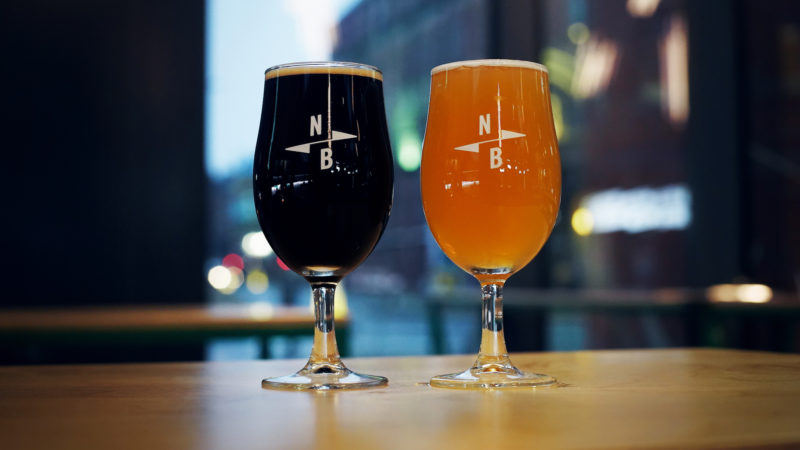 Ready for another batch of new openings? We’ve got a quality quintet of top-drawer additions to throw into the mix and they’re going to have you counting down the days ’til they open. One of the city’s finest breweries is expanding, the city centre’s about to get two new burger joints and there’s a pair of craft beer bars getting ready to pour out lovely brews. Want to know more? Read on… There’s an independent bar opening on Brunswick Street in Morley. Named after the seven hills Morley is built on, this cool new watering hole will have something for everyone. Craft beer lovers can look forward to plenty on keg and cask, with even more brews in the fridges. Prefer gin? They’re sourcing some of the finest bottles from around Yorkshire and beyond. You can also look forward to a cocktail or two from their small menu of classics and one-offs.

Springwell is the new home of North Brewing Co. They’ve taken over a former tannery and steelworks on the edge of Leeds city centre to open a brewery and taproom. It will give them the space to brew 2.8 million pints a year, while bringing their whole operation, from brewing to canning, warehouse to webshop, all under one roof. The new 500-capacity taproom will be at its heart – this industrial-chic bar will also host Eat North events and regular tastings.

Son of a Bun Son of a Bun opened in Pudsey earlier this year and lockdown isn’t holding them back. They’re now delivering to the city centre and surrounding areas on Uber Eats and they’ve just confirmed that they’ll be taking on a permanent home in LS1. They’re set to confirm where in the next few weeks, but it means you can look forward to everything from juicy burgers to sticky wings, massive sarnies and loaded fries.

Son of a Bun is open for delivery now and in Leeds city centre in early 2021. Brew York are opening their first bar outside of York on New Briggate later this year. It will have 20 keg and cask lines with their own core brews and one-offs, as well as a host of guest beers from their favourite breweries. You can even look forward to their famous Hoptail beer cocktails. You won’t go hungry either because they’ve teamed up with YUZU Street Food to offer a menu of Asian-inspired dishes like bao buns, dumplings and katsu curries. Famed North West burger joint Archie’s has been looking for a home in Leeds since 2017 – now they’ve found one. They’re coming to Trinity Kitchen with all kinds of indulgent treats. You can look forward to a seriously epic menu of juicy burgers, crispy fried chicken and loaded waffles. The Superstar is their signature burger, with two smashed beef patties topped with cheese, tomato, lettuce and Archie’s special sauce in a sesame brioche bun. Yum!