Check out this quartet of lip-smackin’ arrivals. 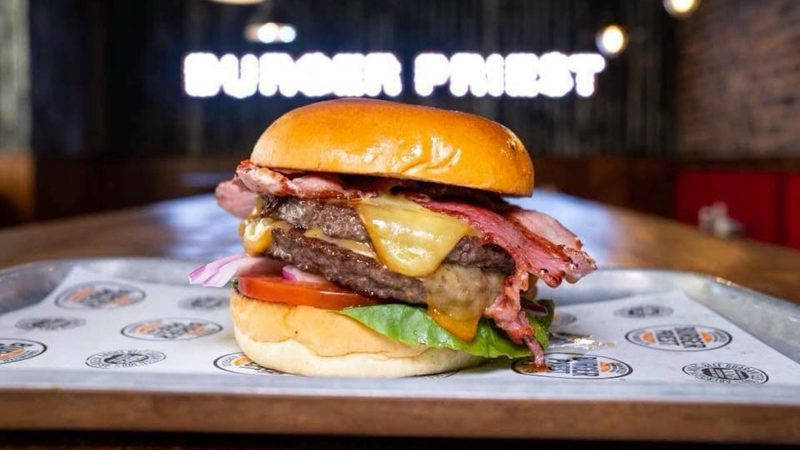 From juicy burgers to fiery curries, these are the brand new openings coming soon to Leeds.

Ready for another batch of new openings? We’ve got five more mouth-watering additions to introduce you to and they’re guaranteed to get your tummy rumbling! There’s the first Northern restaurant from a popular burger chain, a local Indian favourite opening up a second restaurant and a new coffee shop from a pair of Leeds Rhinos players. Plus, Wapentake is heading out to Morley and Project D is opening a new cafe in Hunslet! Take a look at what’s coming… Two Leeds Rhinos rugby players are joining forces off the field to open a new speciality coffee shop in the centre of Oakwood. Prop Dominic Crosby and loose forward Luke Sutcliffe are transforming an old interiors shop into the area’s newest cafe, just yards from Roundhay Park. They’re still putting the finishing touches to their food and drink offering, but you can expect coffee sourced from local roasters, alongside a menu of brunch favourites, sandwiches and cakes. The Funky Indian is the latest addition to The Indian Curry Cardinal empire. It’s bringing a new sports bar meets Indian restaurant concept in the former Alternatively Vegan cafe in Stanningley. They’ll show live sports on big HD screens and serve craft beer and spirits at the bar. As for the food, traditional curries and sides sit alongside their signature pizzas which do of course, have an Indian twist. They’re made with naan bread and topped with tasty combinations like chicken tikka and chilli paneer.

The Funky Indian is opening at 118 Richardshaw Lane, Stanningley in November 2020. The folk behind Wapentake on Kirkgate are branching out into the suburbs. They’ve taken over the long-standing Oscar’s venue in Morley Bottoms as the former owners have decided to focus on Frisky Bear Brewing Co. You can still expect everything that made Oscar’s a popular Morley bar, namely incredible craft beer, but with the Yorkshire twist that has made Wapentake a city centre favourite over the past few years with even more local brews, spirits and coffee.

Oscar’s is opening at 2a Queen Street, Morley Bottoms in late 2020. The Burger Priest is opening its first Northern restaurant in Leeds, taking them up to a total of eight overall. The London-based group is taking over a 1,800 square foot unit at The Springs retail park in Thorpe Park. Best known for their fully traceable Aberdeen Angus beef patties, you can look forward to a host of juicy burgers – try the High Priest, which sees two burgers topped with melted cheese, sautéed veg, Priest’s burger sauce and a fried egg. Wash them down with craft beer or milkshakes.

The Burger Priest is opening at The Springs, Thorpe Park on Thursday 22nd October 2020.

Posted by Project.doughnut on Wednesday, April 22, 2020

For the last month, Project D has been delivering donuts across Leeds, but now, thanks to a warm Yorkshire welcome, they’ve announced that they’re opening their first Leeds store. Their distribution centre in Hunslet will be transformed into an all-singing, all-dancing donut paradise where you can pick up their famous Homer ring donut alongside an ever-changing range of flavours and oodles of vegan options.

Project D plan to turn their Pottery Fields distribution centre into a cafe next year.