Every Original Cocktail You Have to Try at Blind Tyger

The cocktails at this hidden drinking den just got even better. 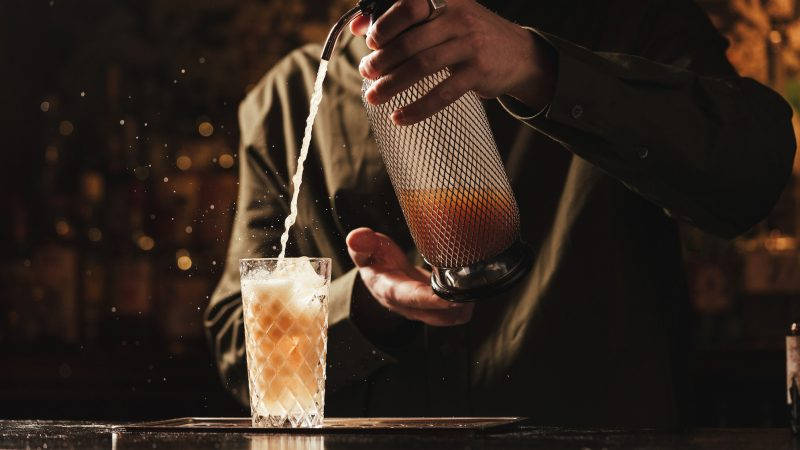 Blind Tyger is a hidden drinking den known for its signature cocktails and speakeasy vibe. Seek it out now for marvellous mixology, stellar table service and premium spirits. The new menu is a must-try…

The master mixologists at this legendary Leeds spot have just unveiled their newest concoctions.

There are cocktails, and then there are Blind Tyger cocktails. When you’ve got a room as gorgeous and low-key as the one they occupy – with its speakeasy feel, perfect lighting and effortlessly cool vibe – you really need the drinks to match. Those in the know already love the cocktail list here, but it just had an overhaul, with brand new inventions joining a handful of classics that would see rioting in the streets if they were removed. It’s time to try them all. 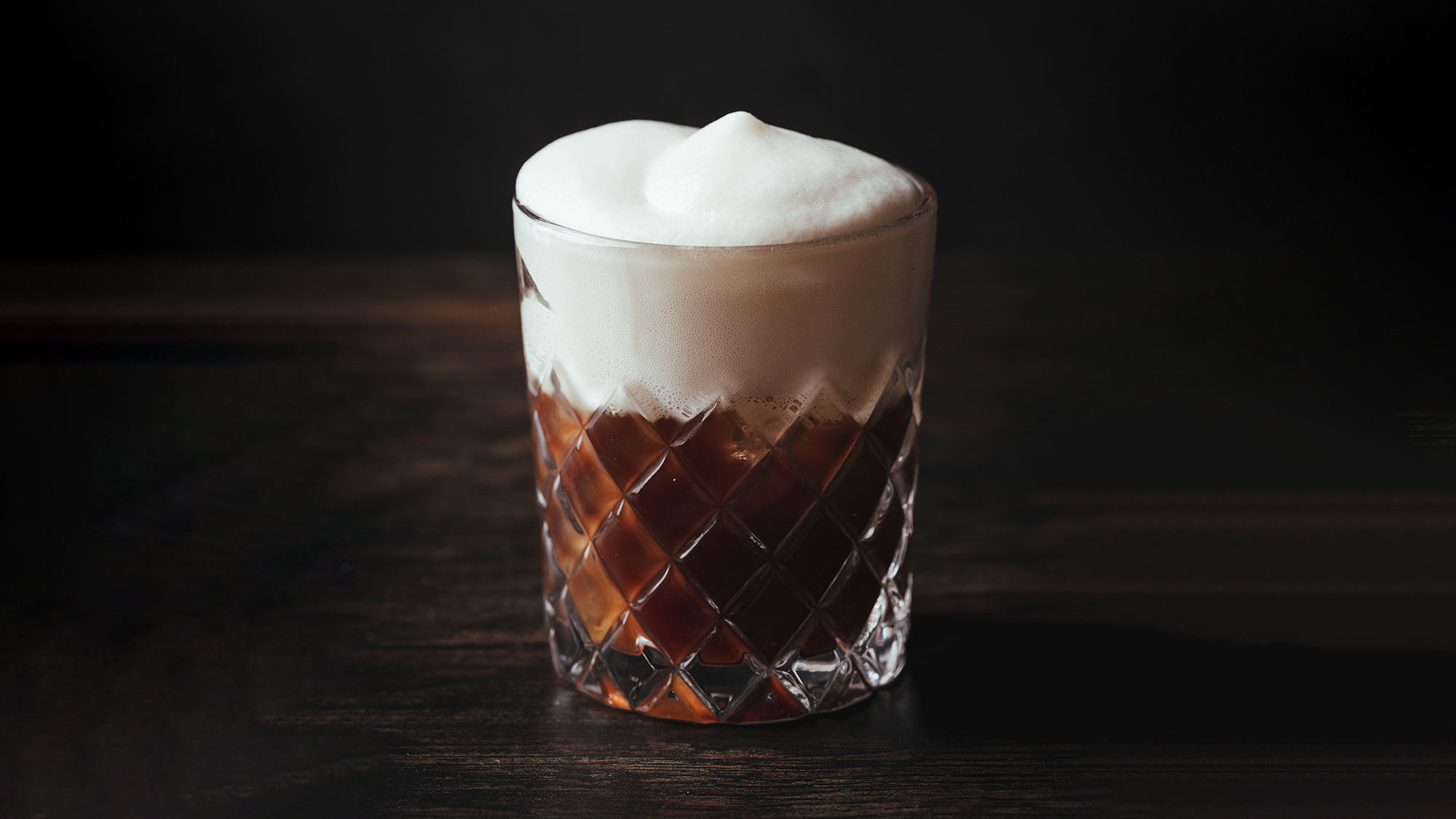 Could this be the drink of the summer? It might just be. Think of an Espresso Martini by way of a Baby Guinness and you’re in the right postcode, but it’s more than that. Wyborowa vodka is mixed with cold brew espresso, demerara sugar and Tío Pepe sherry, aerated rather than shaken to make it lighter. But that’s not all. No, it’s then topped with a vegan vanilla ice cream mixed with Martell brandy, served over ice in a rocks glass. It’s a drink that has layers of flavour, while refreshing the parts other cocktails can’t reach. 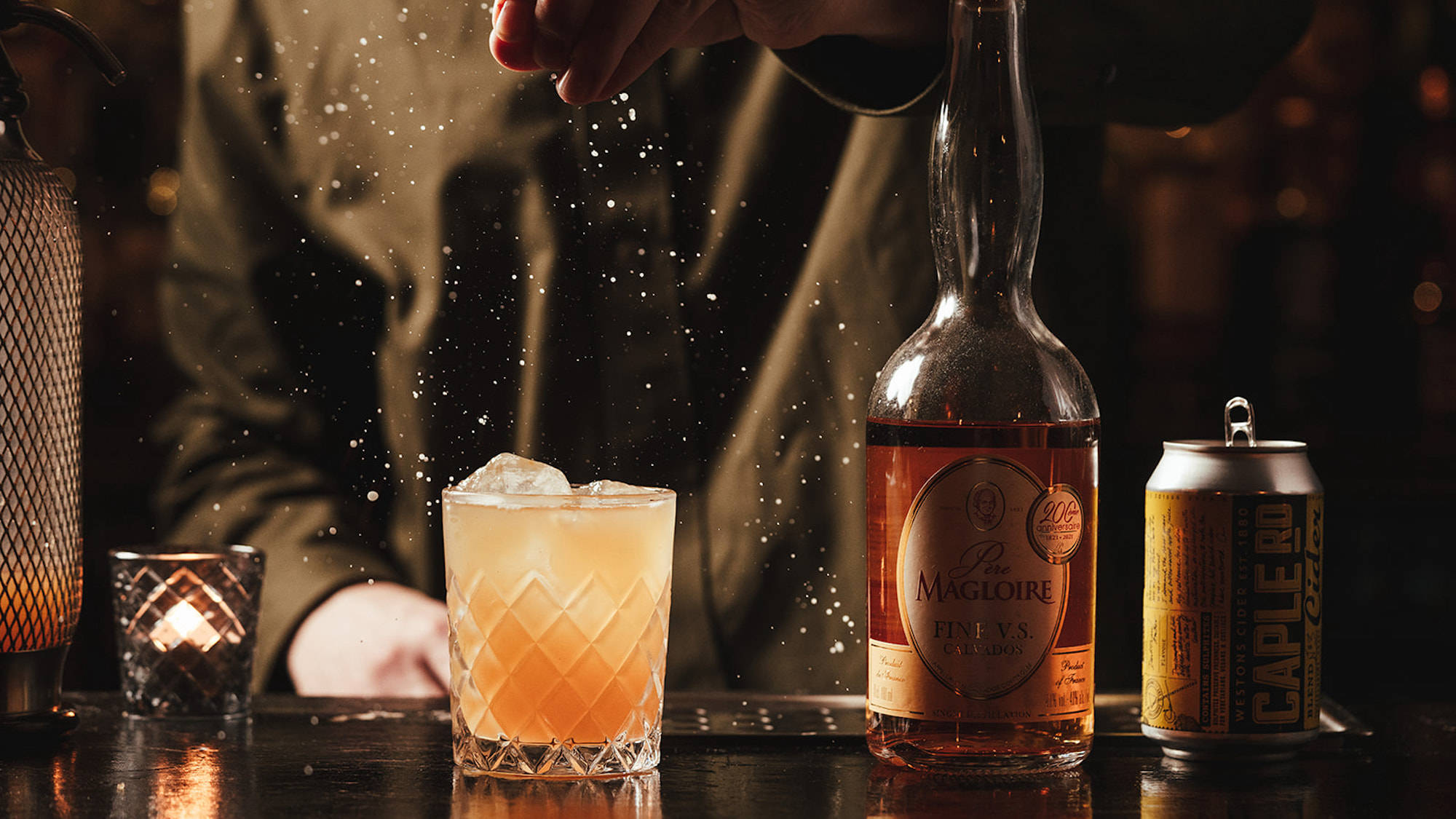 With autumn around the corner, there’s no better time to get acquainted with a cocktail so apple-y it might as well be called Steve Jobs. A marvellous mixture of Pere Magloire Calvados, Metzendorff Kummel (a sweet, aniseed-flavoured liqueur), apple and lemon juices, it’s topped off with cider. Served in a rocks glass with a dehydrated apple slice, there’s a wonderful interplay between the nuttiness of the Kummel and the orchard notes. It’s so autumnal, you’ll definitely fall for it. 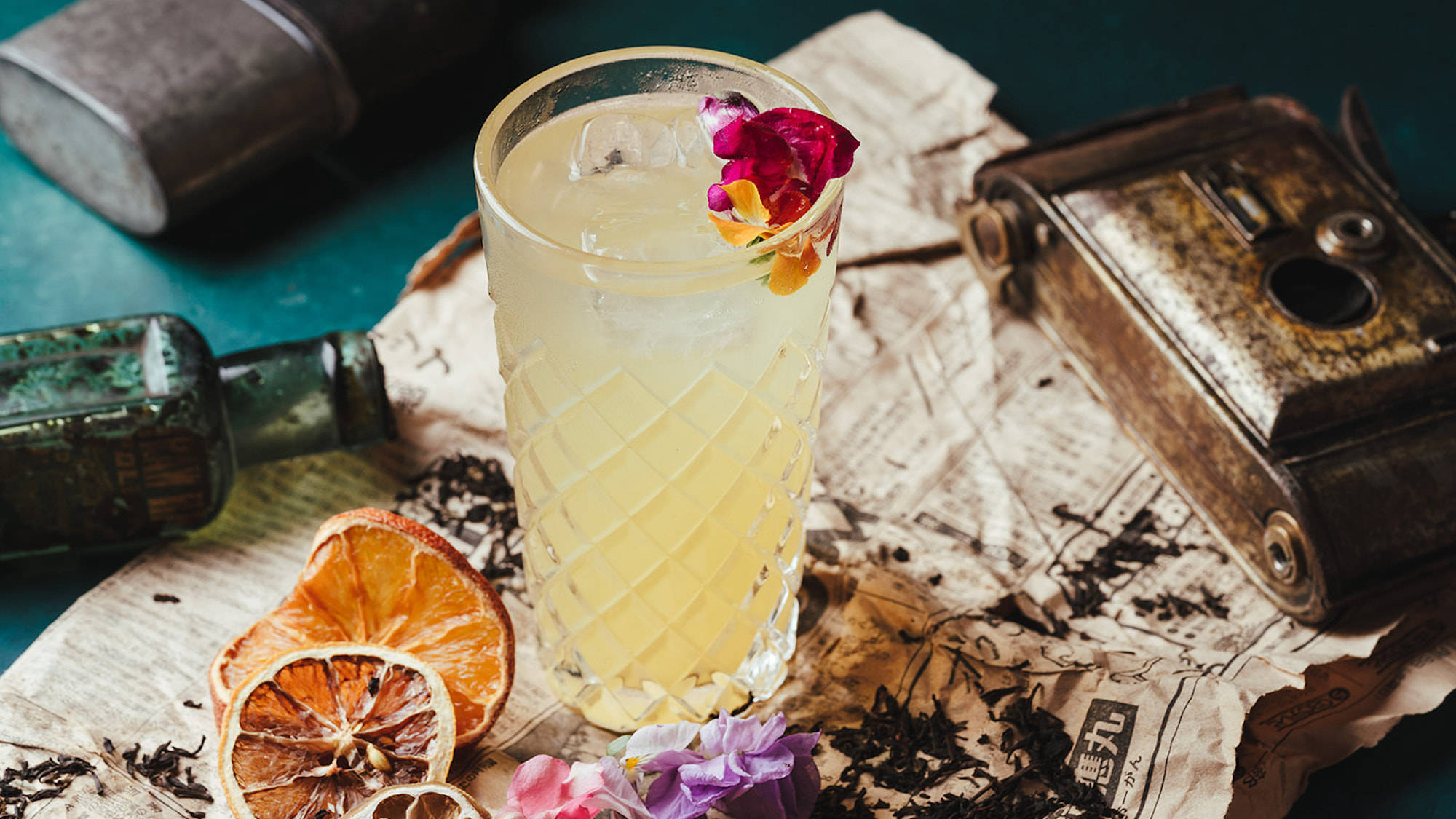 Any good cocktail list draws inspiration from far and wide, and the Blind Tyger drinks masterminds have looked to Japan for this one. Golden Week is the cluster of Japanese holidays at the end of April and beginning of May, and there are numerous ingredients from the Land of the Rising Sun in this doozy of a drink. Roku gin, lemon and yuzu juices are combined, then topped with soda in a highball glass. The addition of clarified matcha tea rounds off a drink that’s super refreshing and light.

Cake by the Ocean 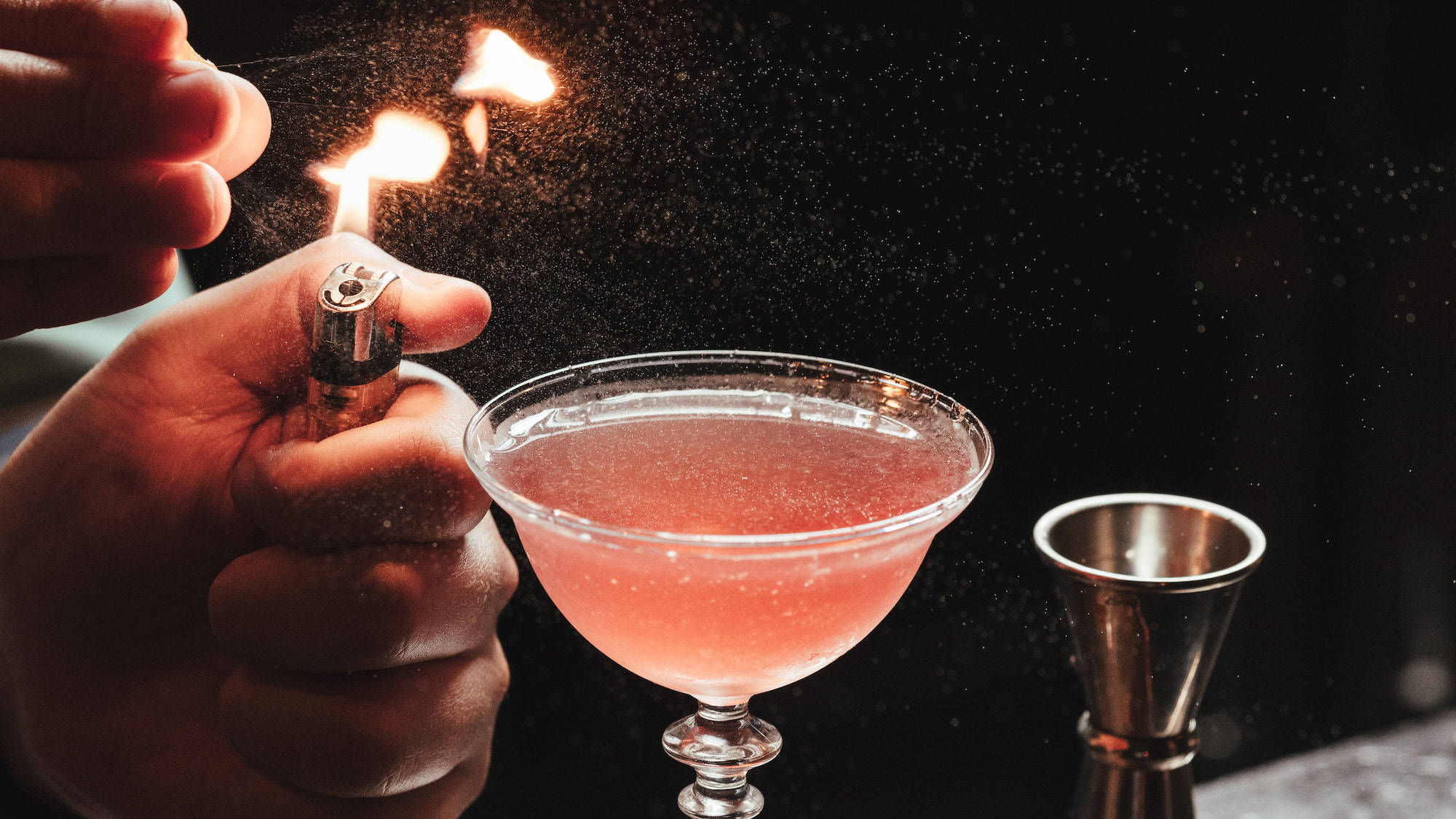 The Cosmopolitan is one of the most popular cocktails in the world, but Blind Tyger aren’t content to just serve up this classic without a tweak. This is like a Cosmo stripped back to its roots – short but punchy, like an aggressive hobbit. Ketel One Citron vodka is the base, acid adjusted for a citric hit, then married with cranberry sherbet, made by cooking the juice sous vide with sugar. A dehydrated lime wedge and discarded orange peel add the bitter orange notes you’d expect from a Cosmo. 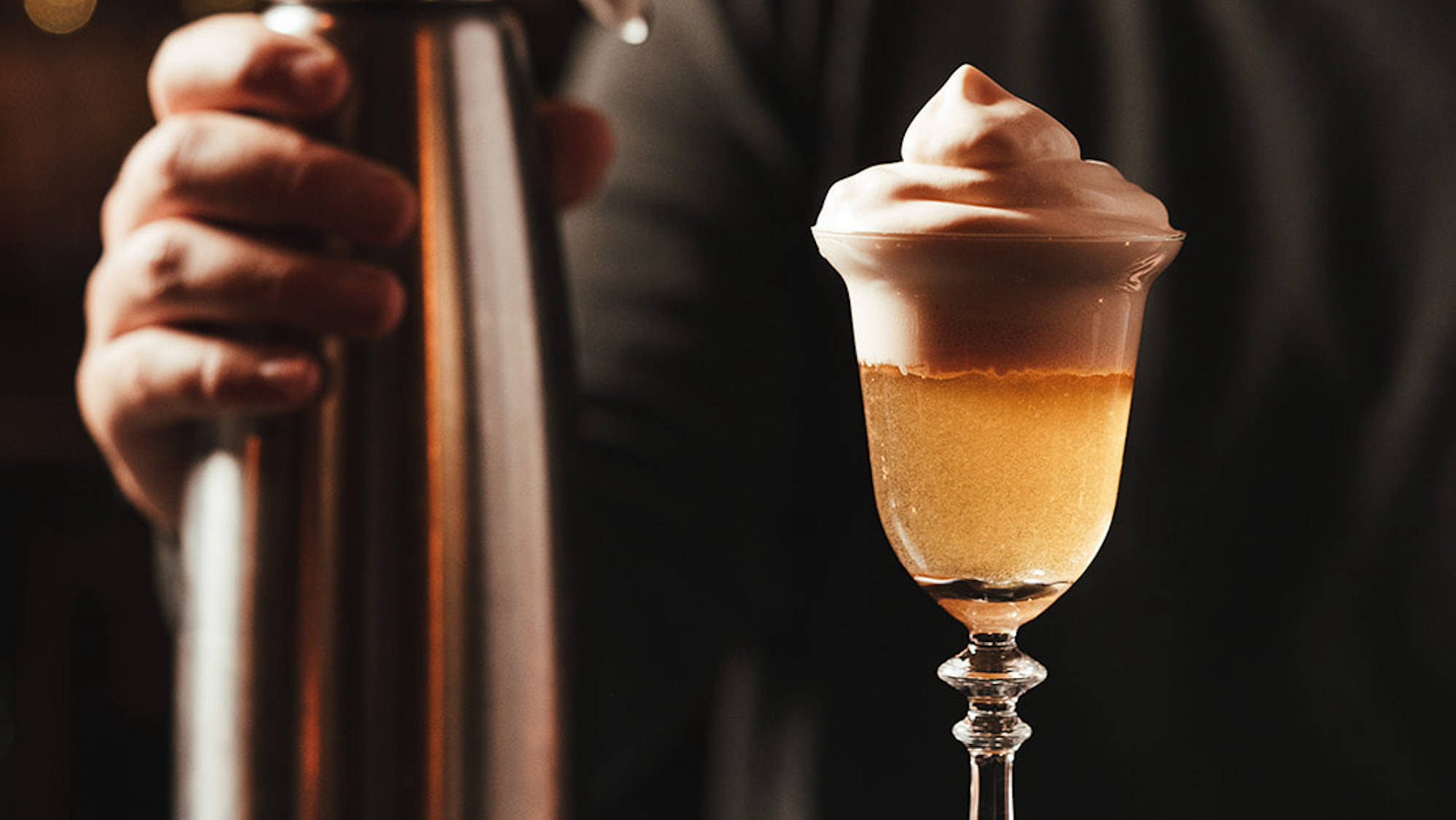 One of the punchier drinks on the menu, this concoction will whisk you to the Caribbean with its potent mix of Wray & Nephew overproof rum, Diplomatico Martuano rum and Pierre Ferrand Triple Sec, which is a dry curaçao. It’s infused with mangoes, coriander and chillies, so the drink starts off sweet and then imparts heat as it works its way through your mouth. The same herb, fruit and spice are then blended with coconut cream, which is whipped to add a garnish which cools the chilli – it’s a tropical delight. 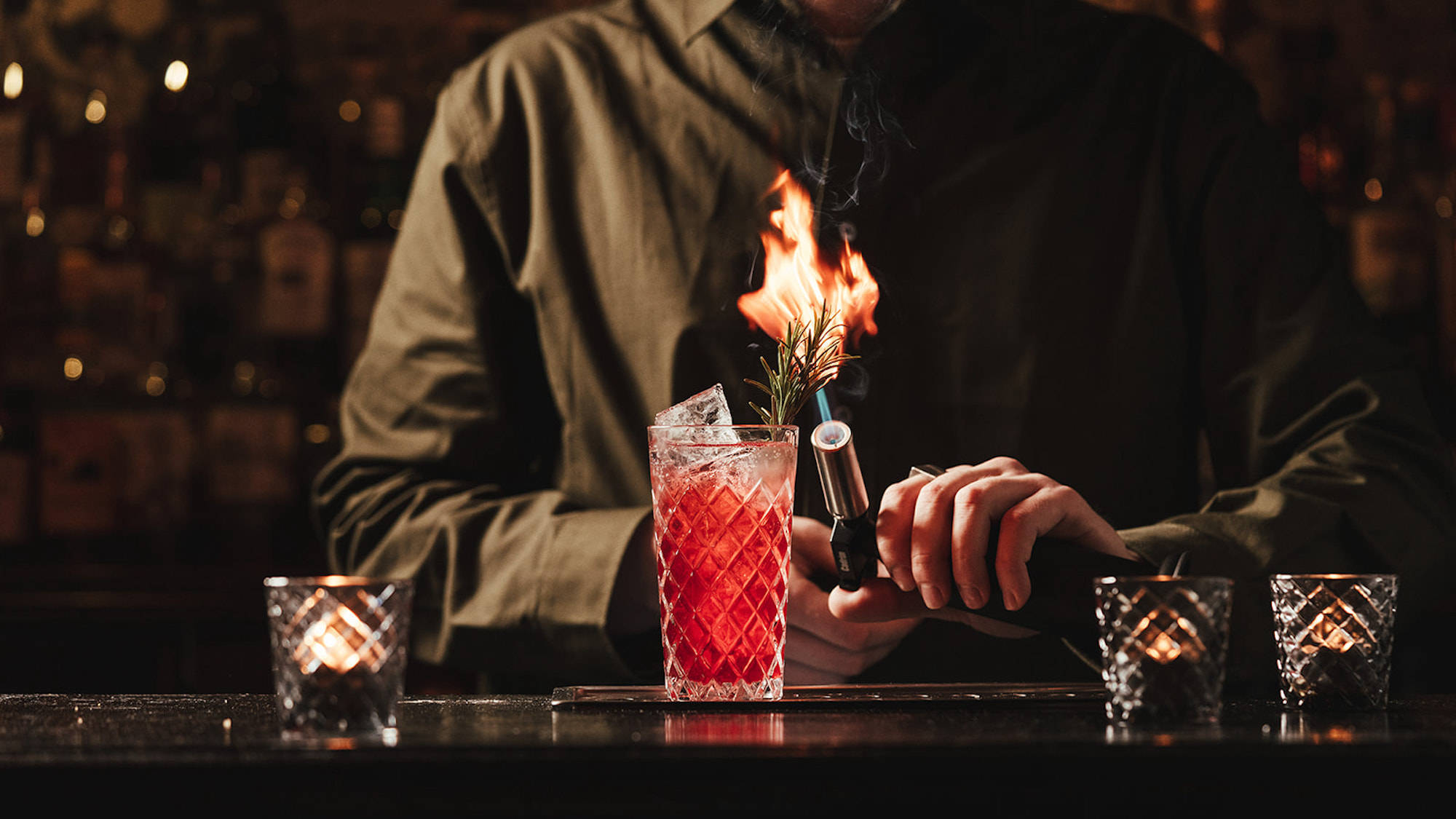 If you want to know how important seasonality is at Blind Tyger, try Ramblin’ Season on for size. It originally had a homemade redcurrant cordial set against the cucumber notes of Hendrick’s gin, but when they went out of season, in came a blackberry cordial instead. It delivers not just a berry flavour reminiscent of the classic Bramble cocktail, but also a sour, bitter note. Add in lemon and a rosemary garnish for its subtle scent and you’ve got sipping heaven. 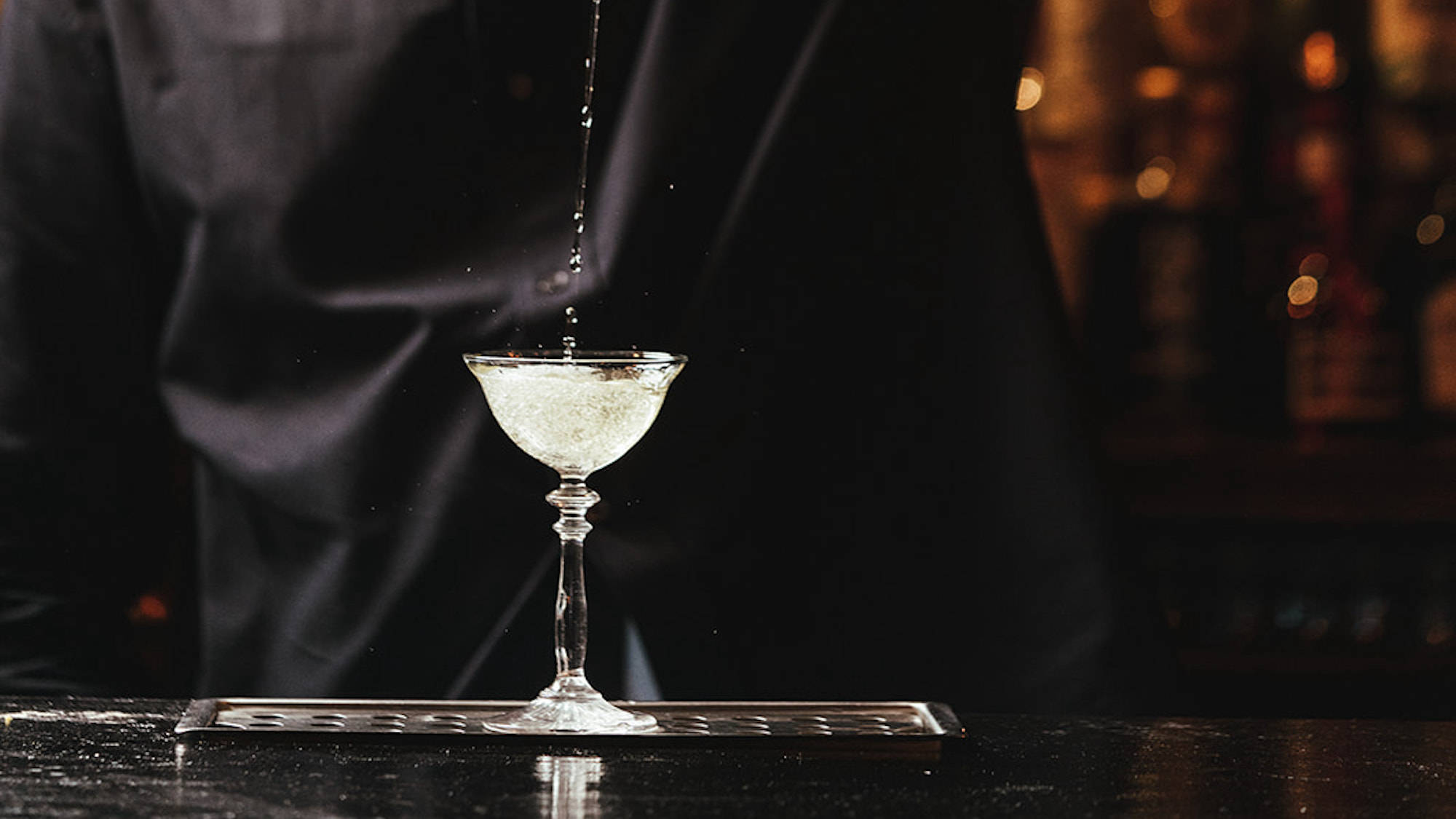 Do you love a Martini? If so, you’ll love this, a deep, savoury drink that gets its unique flavour from lovage oil. It’s in there with Roku gin from Japan, Cocchi Americano aperitif and Yellow Chartreuse. The latter adds honey notes that balance out the earthiness of the lovage. As for the name? Well, the legendary DJ has a song called ‘Art of Love’ and the drink contains lovage. Hey, it might be slightly tenuous, but you literally won’t care as you kick back with one of these. 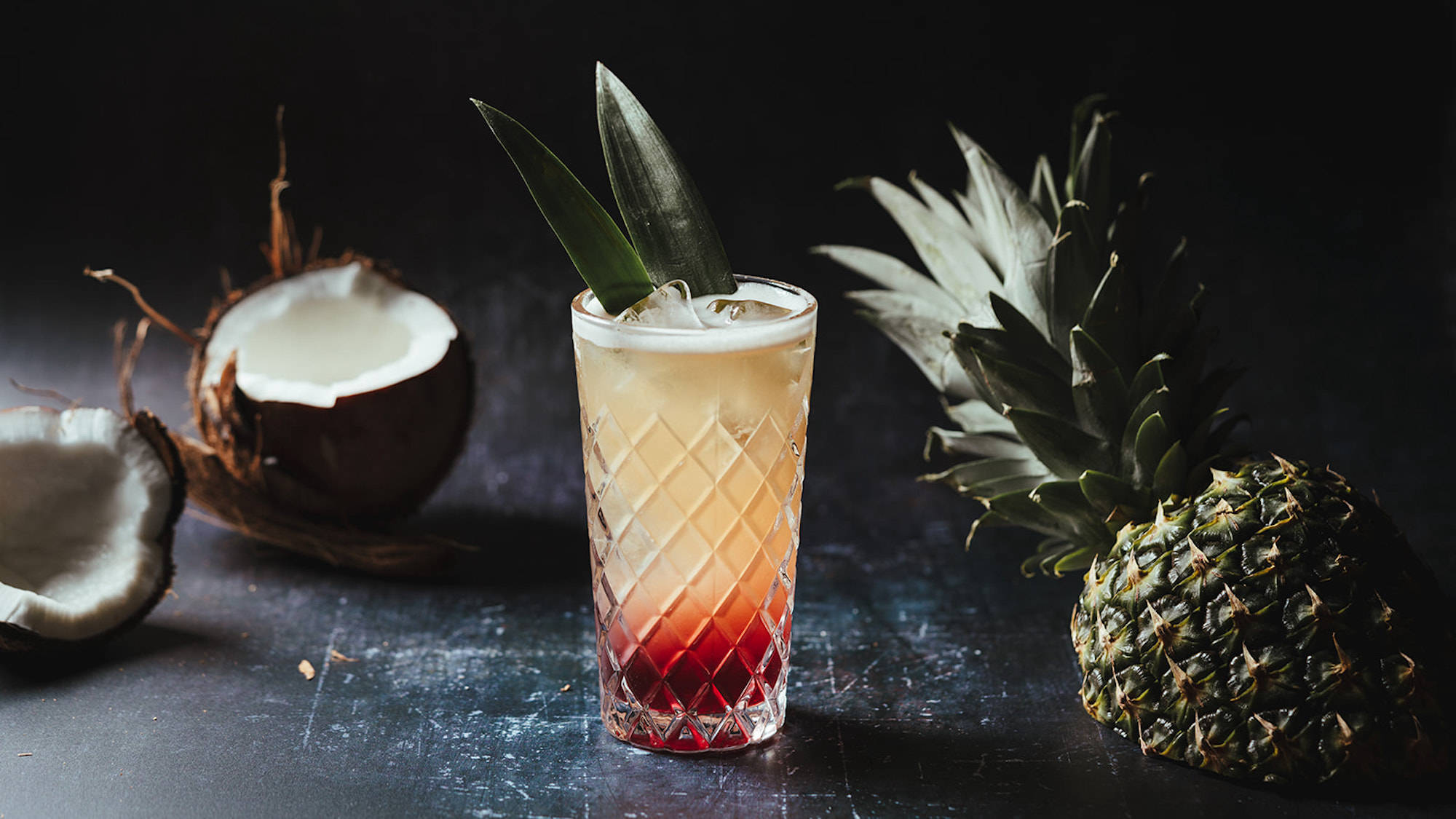 The Blind Tyger mixologists love to innovate, and the basis of their spin on the classic grog is a homemade beetroot Campari. Yep, you read that right. Beetroot is cooked sous vide with sugar, then infused into Campari. It’s topped up with a mighty trio of rums – Havana 3, Alina Coconut and Appleton Signature. Add in pineapple and lime juice in a highball and you get a drink that’s dry, earthy from the beetroot, but still fruity and exotic with a cool colour transition from red into yellow – beautiful. 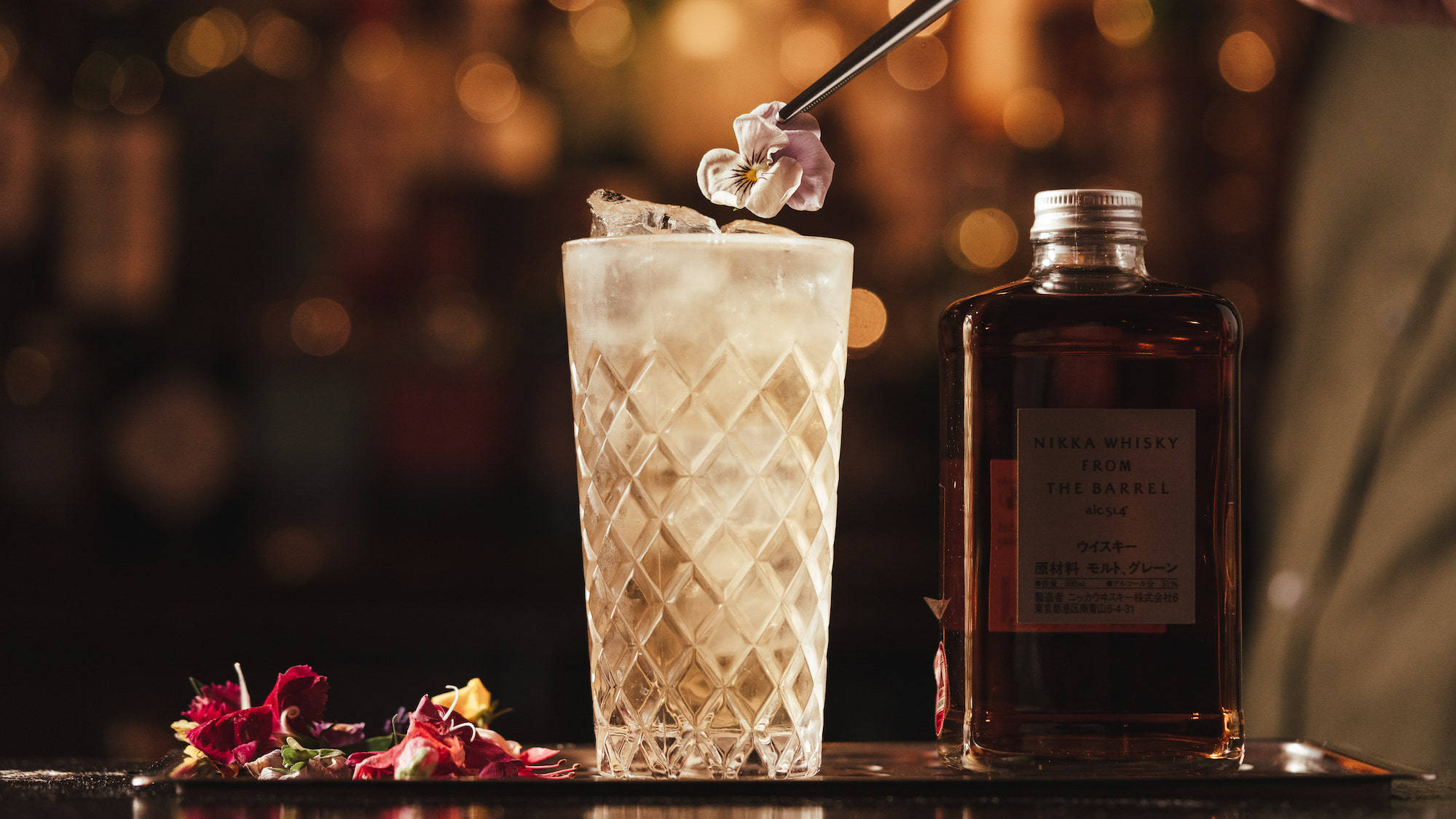 There’s yet more Japanese inspiration in the delicate, floral and oh-so-gorgeous Hanami Highball. They’ve been infusing and sous vide-ing again, making their own cherry blossom liqueur with cherry blossom tea, vodka and sugar. That’s then added to the Nikka from the Barrel whisky before it’s lengthened out with tonic and garnished with pomegranate. The tea and whisky together deliver refreshing floral notes that make this a smooth sipper from first to last. 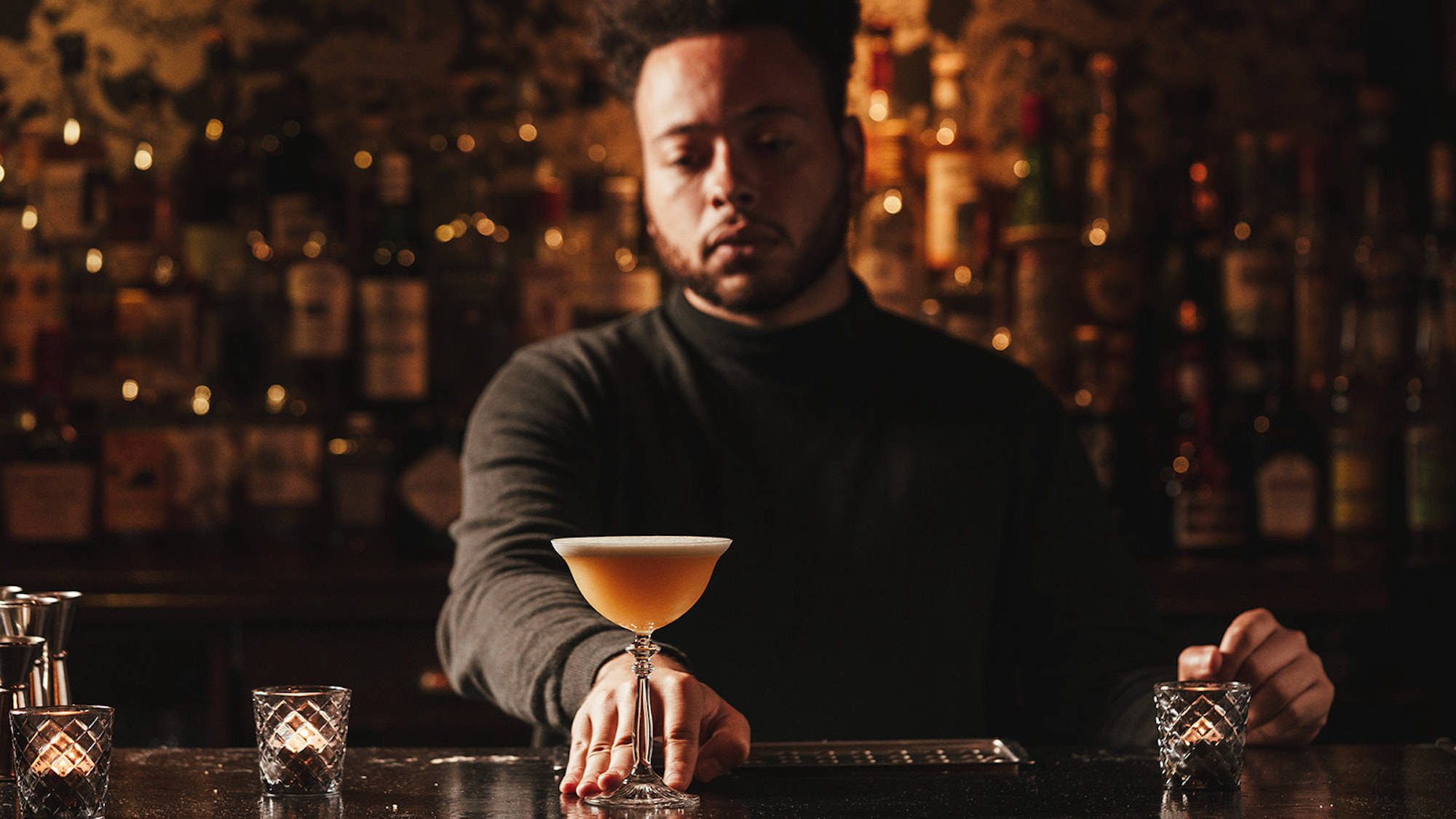 Don’t Threaten Me With a Good Thai’m 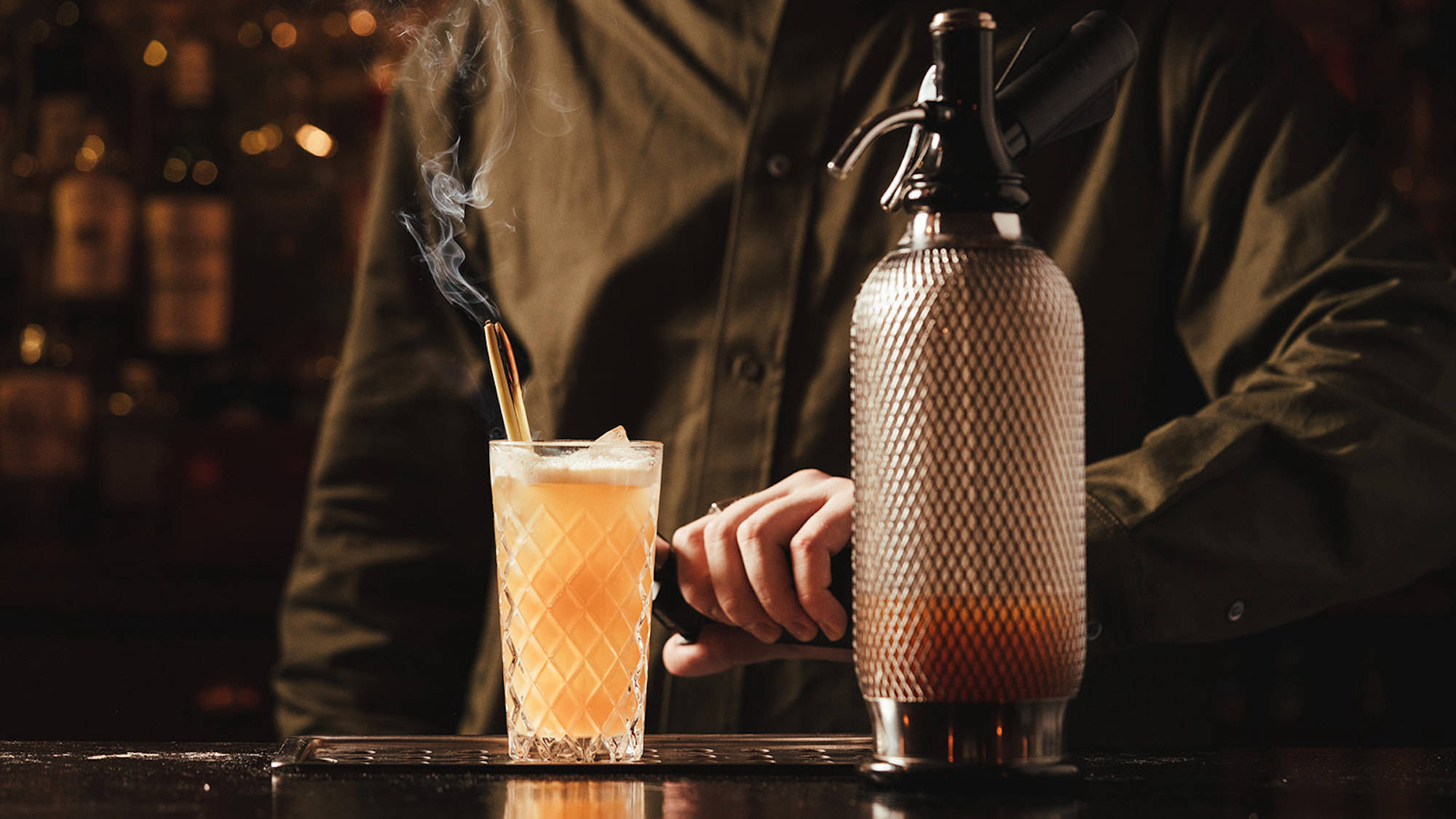 If the sun breaks out, add this refreshing drink, inspired by the timeless Singapore Sling, to your order. Plymouth Gin, Yellow Chartreuse, lime and pineapple juices are just the start. They’ve sourced ginger from Caribbean shops in Kirkgate Market to make a ginger tea soda that’s charged up in a soda syphon to top the drink off. Add a couple of pineapples leaves for garnish and you’ve got highball heaven – thirst quenching but with a hit of ginger heat. You’ll be back for seconds.