Everything You Need to Eat in Leeds During Veganuary

The best vegan dishes the city has to offer. 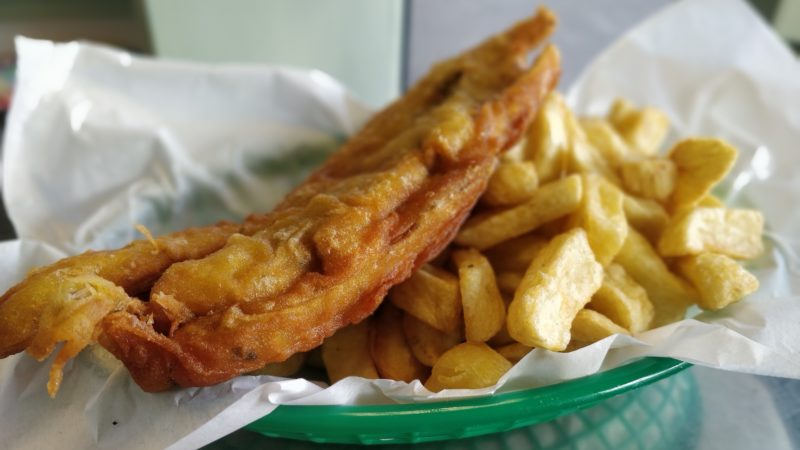 Here’s your list of mouth-watering eats to try this Veganuary in Leeds.

It’s not just going to be tasty, it’s going to be lip-smackingly delicious. Veganuary means forgoing meat and dairy for one whole month, but that doesn’t mean you have to miss out. From classic Sunday roasts to full blown fry-ups and fluffy pancakes, high-class afternoon teas to loaded burgers and sticky Korean chicken – it’s all 100% vegan. Which will you try first?

If it’s a hearty fry-up you’re after, Wapentake will sort you out. You’ve got your full English classics like grilled tomato and fried mushrooms, flavoursome vegan sausages and a pot of their signature Henderson’s beans. Paired with creamy smashed avocado and a few slices of toast, and you’ve got a match made in heaven. Starving? Make it a Viking and double everything up!

Issho’s Japanese twist on a vegan afternoon tea is pure delight. Start with bites of avocado with cucumber maki and seasonal veg gyoza, before moving on to a toasted mushroom sando. The sweet tier doesn’t disappoint, with miso & chocolate brownies, matcha cheesecake and yuzu & raspberry tarts to tempt you in. Pair with your choice of traditional Japanese or English tea.

The garlic mushrooms on toast dish at Grön Kafe is perfect for the elegant bruncher. Their toasted artisan sourdough is layered with creamy, garlicky-cashew mayo and delightful pickled mushrooms, then topped with a crunchy herby crumb and micro-greens. Pair with a refreshing juice blend or a chai latte for a brilliant way to start the day – full of plant-based yumminess.

Despite its name, the Jerusalem artichoke is in fact more like a potato, so FINT has taken this unusual vegetable and created a delicious gnocchi dish – one you’ll be hard pressed to find anywhere else in Leeds this Veganuary. They pan-toast the gnocchi with rosemary, lemon, spinach, cranberry and walnuts for an unexpected, yet totally delectable flavour sensation.

Falafel Wrap at The Falafel Guys

Forget everything you know about falafel. These balls of Middle Eastern flavour are made fresh and cooked until beautifully golden, right in front of your eyes. Layer them up in a toasted wrap with pink beetroot hummus, fresh salad and chillies, then smother it with your choice of sauce – tahini, aioli and hot sauce are all on offer. It’s a falafel wrap like never before.

Fancy a bit of fusion cuisine? China meets Italy in Dough Boys’ What’s the Quack? Pizza. Grab it by the slice (or the pie) and indulge in pizza dough hand-stretched on the day. On top, you’ll find tasty mock duck, vegan mozzarella and pickled cucumber liberally drizzled with hoisin sauce. It’s topped off with curls of spring onion and toasted black sesame seeds.

Tuck into something spicy, sweet and sticky when you head to Mog’s. Their ‘chicken’ is actually locally sourced seitan battered and fried in their own tasty coating. It’s drenched in delicious Korean sauce and finished with a sprinkling of sesame seeds, coriander and spring onions. Don’t forget to grab a portion of skin-on fries – load them up if you’re feeling extra hungry!

Pancakes at The Greenhouse

You won’t find a better stack of pancakes in Leeds this Veganuary. Fluffy, light and topped with all manner of deliciousness, they smother them in creamy coconut yoghurt and tangy berry compote, sprinkled with crunchy granola and a drizzle of maple syrup for a hit of sweetness. The icing on the (pan)cake is the finishing touch – edible flowers!

House of Fu has mastered the art of making cauliflower infinitely moreish. Crispy cauliflower sits on steamed rice, dripping in spicy hot sauce and cooling Japanese Kewpie mayo. Kimchi, pickled cucumbers and spring onions dance on top for a dish that you won’t want to end. When it does, the miso caramel ice-cream sandwich is the only way you’ll feel better.

Northern England meets Gujarat in this pea and potato curry from Bundobust. In this little pot of joy, you’ll get a potato patty, surrounded by spicy, mushy marrowfat peas. On top, there’s chopped red onion and tomato, crunchy sev, tamarind chutney and a dollop of gravy. It’s sweet, savoury, spicy and sour – the perfect dish for a cold January night.

If there’s one dish to try in Leeds this Veganuary, it’s Doner Summer’s chick’n parm kebab. It’s piled high with yumminess – you’ve got the soft comfort of a garlic and coriander flatbread, gooey vegan cheese and crispy buttermilk fried chick’n. Then, there’s garlic butter, tomato relish, bright green pickle mayo and pink cabbage. It’s a party for your eyes and your mouth!

Patty Smith’s has gone completely vegan for this year’s Veganuary, making it one of the best places in Leeds to feed. The vegan dirty burger is exactly as you’d imagine – a juicy mock beef patty layered up with gooey cheese, crispy salad, lashings of chipotle mayo and American mustard. All served in a soft steamed brioche bun. It’s the burger you love, without the meat.

Missing a comforting roast dinner? Ilkley Moor Vaults is the place to be. It starts with a root vegetable and nut roast, and ends with crispy-on-the-outside, fluffy-on-the-inside, homemade vegan Yorkshire puddings. In between, you can tuck into all your favourite trimmings including roast potatoes, root vegetable puree, savoy cabbage and Tenderstem broccoli.

If you haven’t heard already, Biscoff is a bit of a cult flavour for vegans. That’s why Doboy Donuts’ Biscoff donut is a must try. If you can wrap your mouth around it, you’ll dive into heaven made from caramelised biscuit. The fluffy ball donut is filled with scrummy Biscoff whipping cream, coated with a sticky vanilla fudge glaze and topped with a crunchy biscuit crumb.