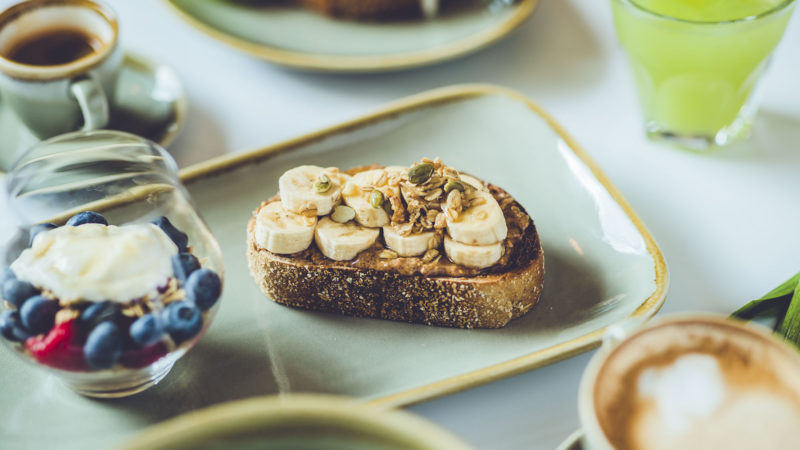 Matt Healy isn’t hanging around, fresh off the back of opening his first restaurant at The Foundry, he’s launching Grön Kafe, a new Scandinavian-inspired eatery in Oakwood.

It’s three months since Matt Healy brought his relaxed take on fine dining to Leeds, but it hasn’t taken him long to open his second – and it couldn’t be more different. Grön Kafe is a Scandinavian-inspired eatery in the heart of Oakwood where you can tuck into healthy eats with a strong veggie and vegan focus – grön means green in Swedish after all.

It’s the latest chapter in a whirlwind two years for the Leeds chef. He was a runner-up on MasterChef: The Professionals in 2016, before he opened Matt Healy X The Foundry at the end of April. But, this next step wasn’t necessarily part of the plan – when Stories closed, the opportunity to take on the unit was too good for Healy to pass up, “One of the directors from the company we’ve set up is a massive fan of Copenhagen and Sweden – we were presented with an opportunity and we felt that we had the tools to be able to complete this and go for it.”

So they did and it’s come together a treat. You can expect a venue that’s full of clean lines and sharp edges, but they’ve added their own personality too. Grön is brought to life with a live moss wall and signature touches that show a connection to The Foundry, like the bright neon signs, which hang above the cafe’s 24 seat space.

The clean, Scandi-style of the venue is replicated in their menu – it’s largely veggie and vegan, with a few meat dishes, so everyone’s catered for. That’s quite a big departure for Healy, but one he’s happy to make, “We’re quite reactive to what people want, we’re not cooking for us, I’m not cooking for me you know, I want people to come and enjoy the spaces we open and that we have, so the focus will be on clean-eating and the food is going to be vegetarian and vegan friendly.”

It’s open from morning to afternoon, which means you can kick off your day with one of their breakfast dishes, like the fluffy vegan pancakes, topped with yogurt and berries or banana, maple syrup and chopped nuts. Prefer your brekkie on toast? A whole section of their menu is dedicated to it, so top your sourdough or rye with the likes of poached eggs or ‘Ost Og Marmalade’ (a traditional Danish combo of cheese and jam).

They have a selection of bigger plates for lunch. You can get stuck into a warm falafel salad with sun-blushed tomatoes, feta, seeds and nuts or a breaded halloumi butty with tzatziki, roasted veg and raw slaw. They also have buddha bowls, which change every day but are always full of nutrients, and a tasting platter too – who wouldn’t want a tray full of toast, ‘nduja sausage, houmous, crunchy vegetables, smoked salmon and Danish cheese? There are smaller versions of all the dishes on the menu for the kids, so it’s completely family friendly.

If you fancy something lighter, you can choose one of their freshly made vegan cakes or pastries which will pair nicely with a brew. They’ve teamed up with Rabbit Hole for all your usual coffees, as well as a few exclusive pour-overs. Their super juice smoothies that are designed to be as tasty as they are healthy, from the carrot, apple and ginger to the beets, plum, celery and apple. But why not try one of their Scandinavian herbal teas? When in Rome…

Once again, Matt Healy has created an eatery with an exciting concept that makes Grön Kafe stand out. It’s quality, healthy food in a venue so laidback that you can even bring your pooch after a walk in the park. Now that’s a winner.