Fan of alternative music? Go and hang out at Howl. 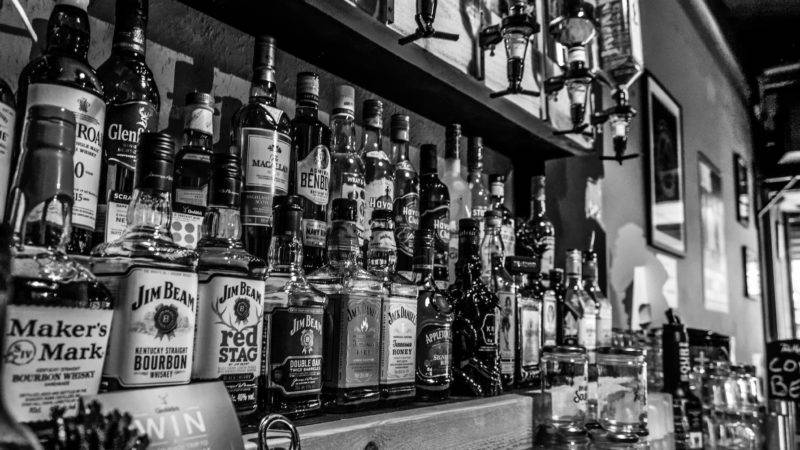 There’s a new addition to Vicar Lane – Howl is an alternative music-loving dive bar and it’s worth checking out.

Vicar Lane is quickly becoming our new go-to spot, with the likes of Old Red Bus Station, Pizza Fella and Thai A Roy Dee pulling in the punters, but you might not have noticed the latest addition. Howl is an understated bar that’s all about the music – and by that, we mean cool, alternative tunes. Expect rock, punk and goth music blaring out of the speakers, with craft beer and lager on the pumps in a simple, laid back space.

Owners Tom Needham and Danny Mass opened Howl because they were searching for a bar that they felt at home in. Needham told us, “We found ourselves constantly moaning that there was nowhere to go for a drink in Leeds that played music we liked and was welcoming to rockers, punks, goths and other assorted alternative freaks and weirdos. We both grew up in a Leeds where there were some great hangouts for our type of people, The Phono, Fenton, Warehouse, Faversham, The Pig & Whistle to name but a few, and we want to recapture that vibe.”

They’ve followed in the footsteps of the bars that came before, creating a low-key venue where anyone is welcome, and it’s soundtracked by rocking tunes (you can even ask them to put your favourite on).

They have a little something for everyone behind the bar, with Brooklyn Lager on tap, alongside Guinness, Tetley and Somersby Cider. It’s Robinson’s Trooper that really fits the theme here though, specially beer brewed for metal legends Iron Maiden, you really have to try it. But if you’re looking for something short, they’ll be only too happy to sort you out with a Lemmy, otherwise known as Jack Daniels and Coke. If you ask nicely, they might even give you a Maiden or Motörhead soundtrack as you sink them down.

It’s not just the music and the booze that makes Howl stand out though. They have a very relaxed attitude to hungry punters, and very friendly relationship with their neighbours – which is why they won’t bat an eye if you nip next door to Pizza Fella and come back with a takeaway box in hand. Why break up the party for dinner when you don’t have to?

Howl is an understated venue carving out a niche for itself in this part of the city centre, but it’s also a place that everyone can enjoy. As Needham told us, “I think we’re the only out and out rock, punk goth and alternative bar around. But we’re not cliquey or pretentious – everyone is welcome.”

Howl Bar, 112 Vicar Lane, Leeds, West Yorkshire, LS2 7NL. It’s open from 4pm all week long, until 2am from Sunday to Thursday and until 5am on Fridays and Saturdays.