Love cheese? You’ve got to check out this new pop-up. 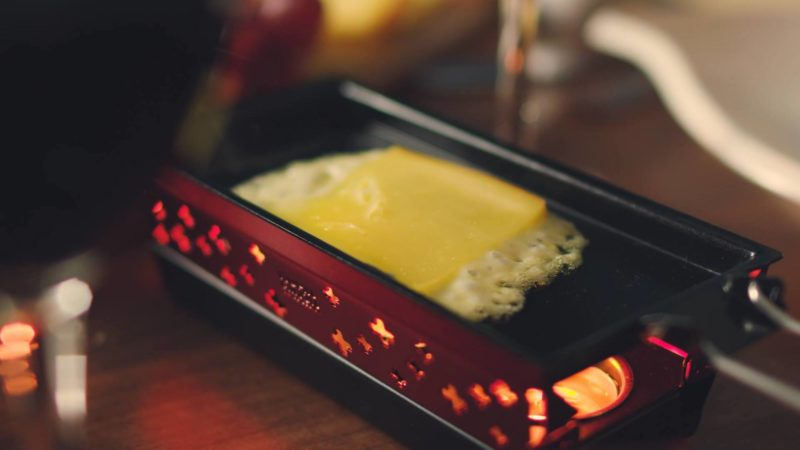 What would you say if we told you there’s a pop-up restaurant at Le Chalet and it’s all about raclette?

The first thing you need to know about L’Art du Fromage is that it’s a weekend only affair. Every Friday and Saturday, between 7pm and 11pm, Le Chalet is transformed into a new concept restaurant that’s absolutely obsessed with cheese. It’s a sociable experience that will see you catching up with friends over a glass of wine and a plate of melted cheese – who could resist?

Now, you probably know Le Chalet. It’s a little French tearoom where you can enjoy a cuppa and a slice of cake, as well as a host of classic French dishes. The decor is simple and the atmosphere is relaxed – and they’ll be carrying that through into their new pop-up cheese restaurant. Think warm and welcoming, with a laid back atmosphere that’s perfect for long, leisurely meals with plenty of wine.

“The idea came after visiting my girlfriend’s family in France. She’s French and they had raclette at their home. It was a long meal over a few hours, full of chatting and constant grazing. It was fun and it was tasty, so I found myself thinking about how I could replicate the experience back home,” Founder Bobby Parker explained. “I thought a pop-up restaurant would be the best way to start. I was already close with Nermine, the owner of Le Chalet, and 3 weeks after our first meeting we opened for our soft launch.”

The menu is very much focused on Swiss cheese, but you can have it in two different ways. First off, there’s raclette. That’s right, they’ll be serving that deliciously gooey cheese and you can cook it right there at your table, before loading it onto potatoes, charcuterie and cornichons. Veggie? Don’t worry, they’ve got an option just for you that replaces the meat with a selection of vegetables. Their raclette platters are designed for sharing and will set you back £16.95 per person for the traditional option or £14.95 for the veggie version.

It’s not just raclette though. L’Art du Fromage also have a marvellous fondue experience lined up for you. Just imagine it – all your friends gathered together, dipping French bread into a molten bowl of Emmental, brie and gruyere, all mixed up with herbs and sauvignon blanc. You’ve got to have at least two people for this one and it’s £11.95 per person. Why not couple it with one of their sides? They’ve got garlic sausages, sauteed vegetables and more.

“We’ve found that many people are familiar with fondue, but not so much raclette. It’s really exciting to introduce this unique dish and way of eating to our guests,” Parker told us. “Raclette comes from the French word “racler” which literally means to scrape, so you can kind of get an idea of how this dish is usually eaten. With the raclette, the guests have their own raclette grill on the table and are able to melt the cheese themselves and scrape the melted cheese onto their plate, which is full of potatoes, charcuterie, pickles & much more.”

Alongside the food, they’ve introduced a selection of wines, with a little something for every budget and taste. You’ve reds, whites and roses, all designed to complement the food. Try the Riesling – it’s often drunk in Switzerland with raclette and fondue, so you won’t find a better match. Plus, those slightly more acidic wines will help with digestion – they know their stuff, so don’t be afraid to ask for a recommendation.

L’Art du Fromage is doing something a little bit different and it’s sure to be a hit with cheese lovers, so get your bookings in fast and see what it’s all about.