New to Leeds: The Assembly

Eat, drink and be merry at Crossgates’ latest addition. 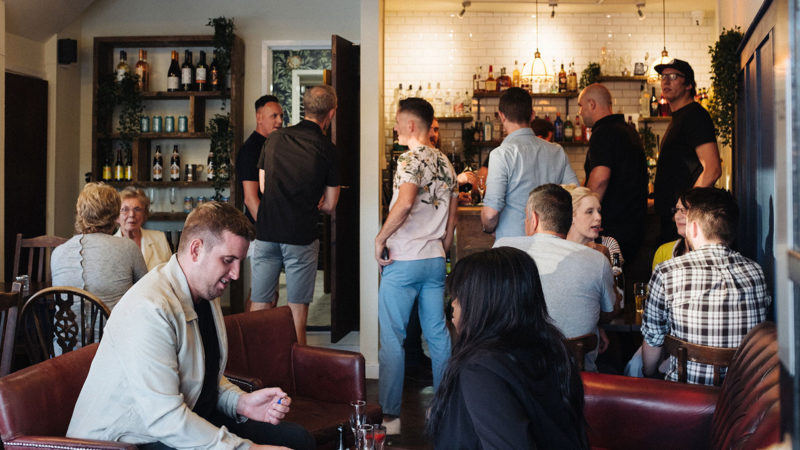 What do you get by combining a relaxed atmosphere, high-quality drinks and scrumptious nibbles? Probably The Assembly, Crossgates’ latest bottle shop-cum-social drinking hub. It’s the brainchild of husband and wife team Matt and Stephanie Cliffe and is inspired by their own struggles to find a place to drink without travelling miles into the city centre or out to Chapel Allerton.

With Matt’s background as long-time director of Norman’s Bar and Stephanie’s experience in marketing, the couple decided to open their own place – and thus, The Assembly was born. It’s designed for locals by locals, with an emphasis on being cosy and welcoming – there’s no airs and graces here. As Stephanie puts it, “You can just go out in your jeans and Converse, rather than getting all dressed up to the nines to go to Call Lane.” Chesterfield sofas and armchairs line the inside, so you’ll never have far to go for a comfy seat, with an eclectic decor to boot.

So what drinks can we expect from The Assembly’s well-stocked bar? Top of the list has to be their very own self-named Belgian-style draught beer, which is light and easy-drinking. There’s no shortage of beers on tap either, from Beavertown Neck Oil to the fruity Timmerman’s Strawberry Beer, but you’ll find the biggest variety of choice in the fridges, which is hardly a surprise for a bottle shop. In keeping with the local theme, there’s hoppy goodness from Northern Monk and North Brewing Co, as well as breweries from further afield like Magic Rock, Kernel and Black Iris.

If it’s wine you’re after, their selection comes from all over the world. Whether it’s a Spanish Tinto, Talevera Sauvignon or an Italian extra dry prosecco, you can sup a few glasses or take a bottle with you if you like. Prefer sprits? Rest assured there’s a ton of choice there too, with rum, tequila, whiskey and liquors from across the globe just waiting to be sampled, as well as Yorkshire’s very own Mason’s Gin.

They do food too. It’s continental-style fare, so it’s sure to go down a treat with a few pints, cocktails or glasses of wine. To sample them all, check out the packed charcuterie sharing board with local meats from celebrated butcher David Lishman. You can tuck into chorizo or pork and fennel salami, hot and spicy beer sticks or lomo, an aromatic Spanish air-dried pork loin. Alternatively, why not try Wilson of Crossgates’ very own pork pies?

Vegetarian? Don’t worry, they’ve got you covered with their cheese boards. Steven Flemming of George and Joseph has curated five delicious local cheeses – including Ribblesdale’s mature goat’s cheese, the Brie-style Little Mester, and of course, Swaledale’s famous hard cheese. Meanwhile, the Leeds Bread Co-op will be providing their crisp artisan ciabatta, as well as Wildcraft Bakery’s gluten-free sprouted buckwheat sourdough. Finally, those with a sweet tooth can tuck into a heap of cakes from Crossgates baker Hannah’s Kitchen, with rocky road, millionaire’s shortbread and a coeliac-friendly salted caramel brownie up for grabs. 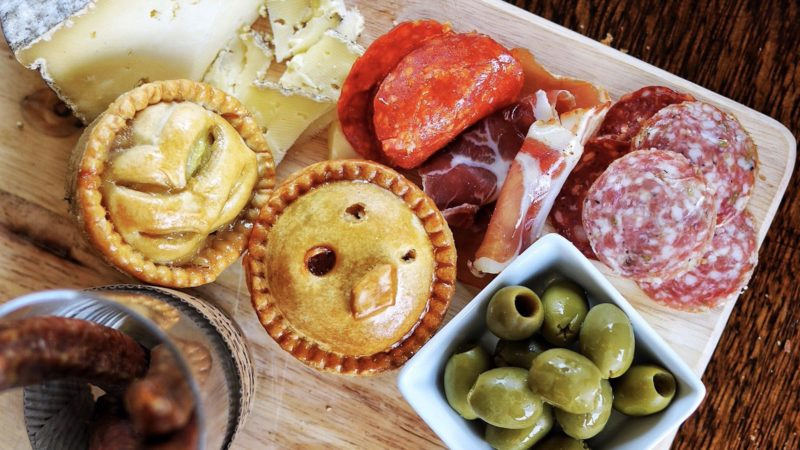 There’s something for everyone at The Assembly, so whether you’re popping by to grab a bottle of your favourite wine, or settling into one of their deep armchairs with a pint of local beer and a pork pie – you might just have found your new favourite place.