New to Leeds: The Viet Baker 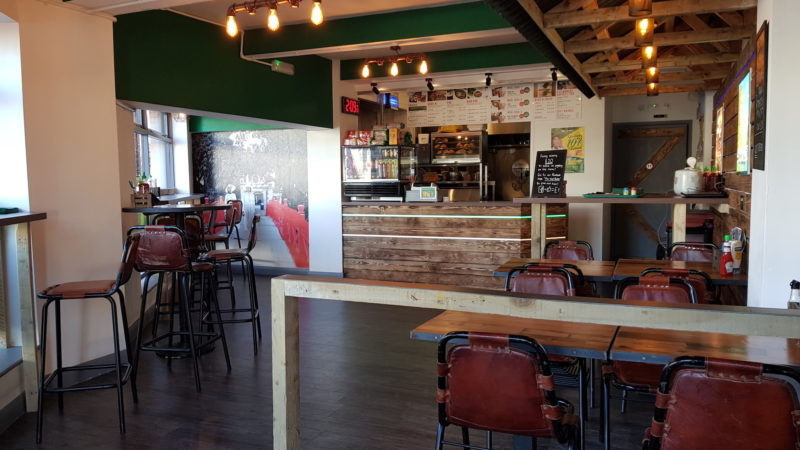 Get a taste of authentic South East Asian cuisine at The Viet Baker in Headingley.

If you love Asian food, The Viet Baker is an exciting new addition to Headingley that you need to seek out. It’s your new go-to for Vietnamese street food, but while it may have just opened, its story started long, long ago. Owner Khoa Van left Vietnam with his family in 1979, first for Hong Kong and then for the UK. After decades struggling to find quality Vietnamese cuisine on these shores, he returned to Vietnam and rediscovered the flavours of his homeland with fellow owners Sang Siu and Samuel Baker.

“One of our very first meals was on the street of Hanoi and the taste and smell brought back memories like I’d never left,” Khoa told us. “Having returned to the UK, we had been hunting for the same Bánh Mí experience as well as the craving for Phở every time we were hungover – actually Phở is the best hangover cure, we just need some medics to verify this, but it works for us. Failing to find adequate venues that offer the authenticity of Bánh Mí and Phở, we decided to open our own.”

The result is a charming, rustic eatery in the heart of Headingley that brings together reclaimed wooden tables, exposed beams and panelled walls. There are elements of Vietnam shining through the artwork and murals, and from the open kitchen, you’ll be able to smell the big Asian aromas of Vietnamese food.

The menu isn’t massive, but that won’t make it any easier to decide what to eat. Their speciality is the Bánh Mí, a baguette sandwich that was developed during French colonialism, and they’re the only Vietnamese venue in Leeds that makes their bread in-house. It’s made by Duc Le, a master baker who trained in Vietnam, and he’s so good they’ve named the entire venue after him. You can fill it with your choice of BBQ meats, like pork, chicken or beef, and if you’re veggie, they’ve got salt and pepper tofu. It’s finished off with pate, mayo, salad, pickles and sriracha sauce.

The other options include a classic Phở, which they’ve worked on with Vietnamese broth maker Long Hoang. They tried a number of traditional family recipes, before they found their perfect one, a combination of all of them inspired by the more savoury versions found around Hanoi and North Vietnam. It’s simmered overnight with bones and marrow, then topped with spring onions and coriander – just add your choice of beef brisket or chicken.

The final main is Bún Chả, a BBQ meat rice noodle salad served at room temperature that became incredibly popular in the West after Barack Obama ordered it during a trip to Hanoi as President. And again, it comes with your choice of pork, beef or chicken, with salad, cucumber and dipping sauce on the side.

If you fancy something light, they have a series of snacks, from the Chilli Bread Sticks to the Vietnamese Prawn Toast. And to wash it down, they serve fresh Hanoi green tea leaves left to boil for hours. Or you can try traditional Vietnamese coffee, Trung Nguyen. It’s served drip-style and comes with condensed milk, rather than fresh because most places didn’t have fridges during French rule.

The Viet Baker is Khoa and co’s love letter to their homeland and it’s your chance to try authentic Vietnamese street food. Pop in and give it a try…