Here's where to go for a great night out in Hyde Park. 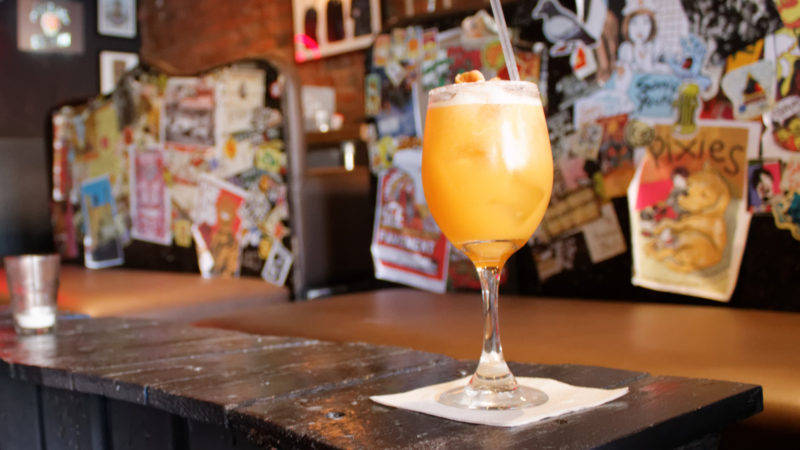 Whether you’re a student, a local or just someone that’s passing through, Hyde Park has a little something for everyone. You can treat yourself to a few jars while you watch the latest up and coming talent, cosy up for the night with a pint and pub quiz or get the girls together for a night of cocktails and retro tunes – the choice is yours.

The Hyde Park is the cornerstone of the local area and one of the most iconic pubs in Leeds. It’s been there for over a century and continues to bring people together over a well-poured pint to this day. It’s had a bit of a makeover recently, with a brand new seating area out front, a fresh interior and a set of TV screens that show the big sports games, something it’s very popular for. Alongside the lager and real ale, they also serve up a gigantic menu of food, with everything from wings to burgers, wraps and sausage and mash.

One of Hyde Park’s coolest bars, LS6 Cafe has the lot. Take a seat in one of their comfy booths with a craft beer, cocktail or even just a coffee. If you get hungry, they’ve got you covered too. Start your day with a fry-up or French toast, tuck into sandwiches or nachos come lunch, then delve into something from their daily specials board for tea. That’s just a glimpse of what they have to offer though, look out for exhibitions, live music and a cracking outdoor terrace too.

Hyde Park Book Club isn’t exactly what the name seems to suggest – in fact, it’s one of the coolest bars in the area. A former petrol station, it’s an all-day venue that you can visit during the day for a coffee and a bite to eat, with a menu of entirely vegetarian food. Later in the day, you’ve got the perfect excuse to try a raft of beers, because this Greenwich Village-style bar hosts DJs, live music, book readings and art exhibitions.

There’s no place in Leeds, never mind Hyde Park, quite like the Brudenell Social Club. It’s a melting pot that brings together locals and students, giving it a brilliant, off-the-bat atmosphere. You can get a pint for a decent price, whether it’s lager, real ale or craft beer, and soak up the booze with one of their treats from Pieminister. Fancy a game? They’ve done up their Games Room at the back, or if you prefer live music, they put on some of the best gigs in the city.

The Royal Park is a stone cold student favourite and one of the standout pubs in Hyde Park. It’s a traditional boozer but with a buzzing atmosphere contributed to by its youthful clientele. You can get a decent pint here, whether you’re one for lager or real ales, and the food is decent too with a menu of classic pub grub. Need somewhere to watch the game? They have plenty of screens in every room, so all bases are covered. Keep an eye out for their live music and themed nights too.

The East Village is one of the best bars in Hyde Park, bringing the spirit of the Big Apple right to the Leeds suburbs. It’s open all day long, so you can start your day with a coffee to get rid of the hangover from the night before, but it won’t be long until you’re tempted by their incredible selection of cocktails. From the fresh fig daiquiri to the pear & thyme collins, they mix some of the most creative concoctions outside the city centre. Coupled with great tunes from the 70s and 80s, The East Village is an absolute gem.

Right on the edge of Hyde Park, The Library looks very impressive from the outside. Step in, and you’ll find another classic pub that’s been turned into a one-stop shop for the local student population. They have a huge menu of burgers, wraps and steaks, which will go down a storm with one of their craft beers. They’ve also got oodles of screens if you want somewhere to watch the match, or you can head upstairs to The Lending Room where they have live music and comedy on for just a few quid entry.

Walking into The Packhorse is a little bit like walking back in time – it’s a proper traditional pub with a curved bar as you walk in and a slew of snug rooms nestled all around it. Go straight for their ever-changing array of real ales, they’re the bar’s hallmark, and soak it up with something from their all-day menu of pub classics. It’s not just the food and drink that makes The Packhorse a longstanding Hyde Park favourite though, it’s also been a champion of the city’s DIY music scene with a gig venue upstairs.

A few minutes walk from Woodhouse Moor, The Eldon has had a massive makeover recently, so if you haven’t been in a while, it will feel like a brand new pub. They’ve got a new bar, which is now home to a slew of local ales. But that’s not all. The food menu is big on gourmet burgers – choose from the Big Bad Buffalo, the Middle Eastern and the Peruvian Lamb.

Just the other side of Hyde Park Corner in Woodhouse, The Chemic Tavern is a classic Leeds pub that’s a real hub for the local community. They’ve got two rooms, the Lounge on the left and the Bar to the right, which is where they host their live music events – you can see everything from Irish folk to jazz here. Expect a slew of real ales and ciders on the pumps, and if you get peckish, they let you nip next door to Arkwright’s, so you can enjoy fish and chips with your pint.

Another Woodhouse favourite that’s incredibly popular with Hyde Park’s student masses is TJ’s Woodhouse Club. Just a short walk from Hyde Park Corner, it’s essentially a big sports bar – they have screens in every corner of the room, with pool tables to make the most of when there isn’t a game on. You can choose between lager, wine and spirits – plus, they cook up a menu of pub classics through the day.