You might not know them, but you’ll certainly want to live in them. 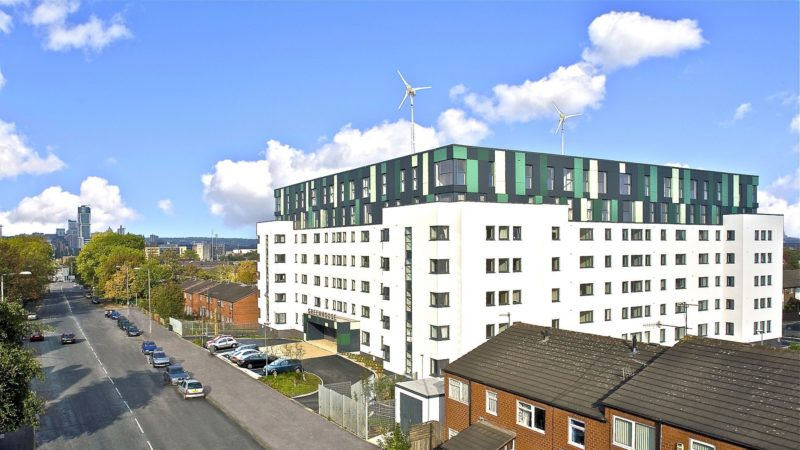 Finding flats in the coolest, most desirable apartment buildings in Leeds is never easy. They’re snapped up before they even make it onto Rightmove, but if you know where to look, you can get first in line. From exposed brickwork to high ceilings, original windows and big balconies, these flats have it all, so take a look and see where you could move.

Now completely remodelled, North Crescent has become one of the most coveted apartment buildings in Leeds. The curved blocks have been fixed and are now one of the coolest places to live in the city. They come fitted out with all the mod cons inside, you get a lengthy balcony to look out across the landscaped gardens and you’re slap bang wallop in one of the city’s most popular areas on North Lane.

It’s cool enough that Leeds Minster is in your front garden, but how would you like to live in one of its old church buildings? Every one of the 11 flats at St Peter’s House and Hall is different. They all have distinct character features that have been preserved from when they were offices for the Minster – think exposed brick walls, high ceilings and ornate arched windows that flood the space with natural light. Such features and buildings are a rarity in a super central location like this, so it’s no wonder they don’t stay on the market long.

How would you like to live in a tastefully converted Grade II-listed building? Bedford Chambers has been turned into 25 cool-as-heck apartments that come with a dose of old school charm, from the high ceilings to the exposed brickwork. They’re incredibly spacious, which is a rarity in the city centre, and most of the flats come with two balconies, so when the sun shines, you can choose where you soak up the rays.

There are tons of old Victorian mill buildings on the South Bank, but Engine House might just be our favourite. It strikes the perfect balance between modern fittings and old school character. No two apartments are the same, but they each have exposed brickwork, high vaulted ceilings and industrial-style lighting. Complete with cast iron beams and long metal windows that let in natural light, it’s the very definition of cool city centre living. There’s nothing cooler than being eco-friendly and Greenhouse was designed to be good for the environment. Just 20 minutes walk from the city centre, Citu took an old art deco hostel, renovated it and built around it to create 172 one to three bedroom apartments. The modern, Scandi-style flats are powered by wind turbines, solar panels and ground source heating. They even use rainwater retrieval technology to help reduce your bills.