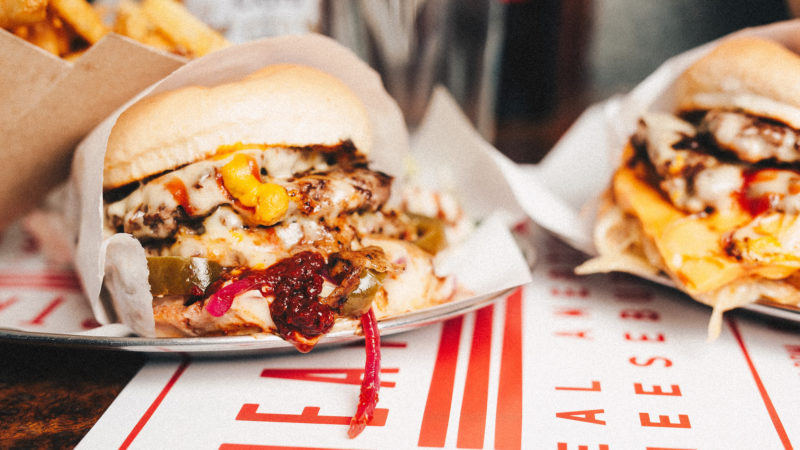 Even in the midst of a pandemic, we’ve welcomed 85 new arrivals to Leeds over the past twelve months. But now we’re looking ahead to see what’s in the pipeline. Believe it or not, there are 19 new additions preparing to open their doors in 2022 – and we’ve got the lowdown on all of them. So without further ado, let us introduce you to your new favourites.

Seven Brothers is a Salford-based brewery that’s been going since 2014. They’ve already got five bars in Manchester and another in Liverpool, but now they’re opening their first across the Pennines with a new home here in Leeds after a pandemic delay. You can try their full collection of beers, from classic pales to stouts, but that’s just the start. They’re known for their creativity, so get ready for unusual brews made with wild ingredients like Kellogg’s breakfast cereals.

Seven Brothers Beerhouse is opening in Leeds in 2022. 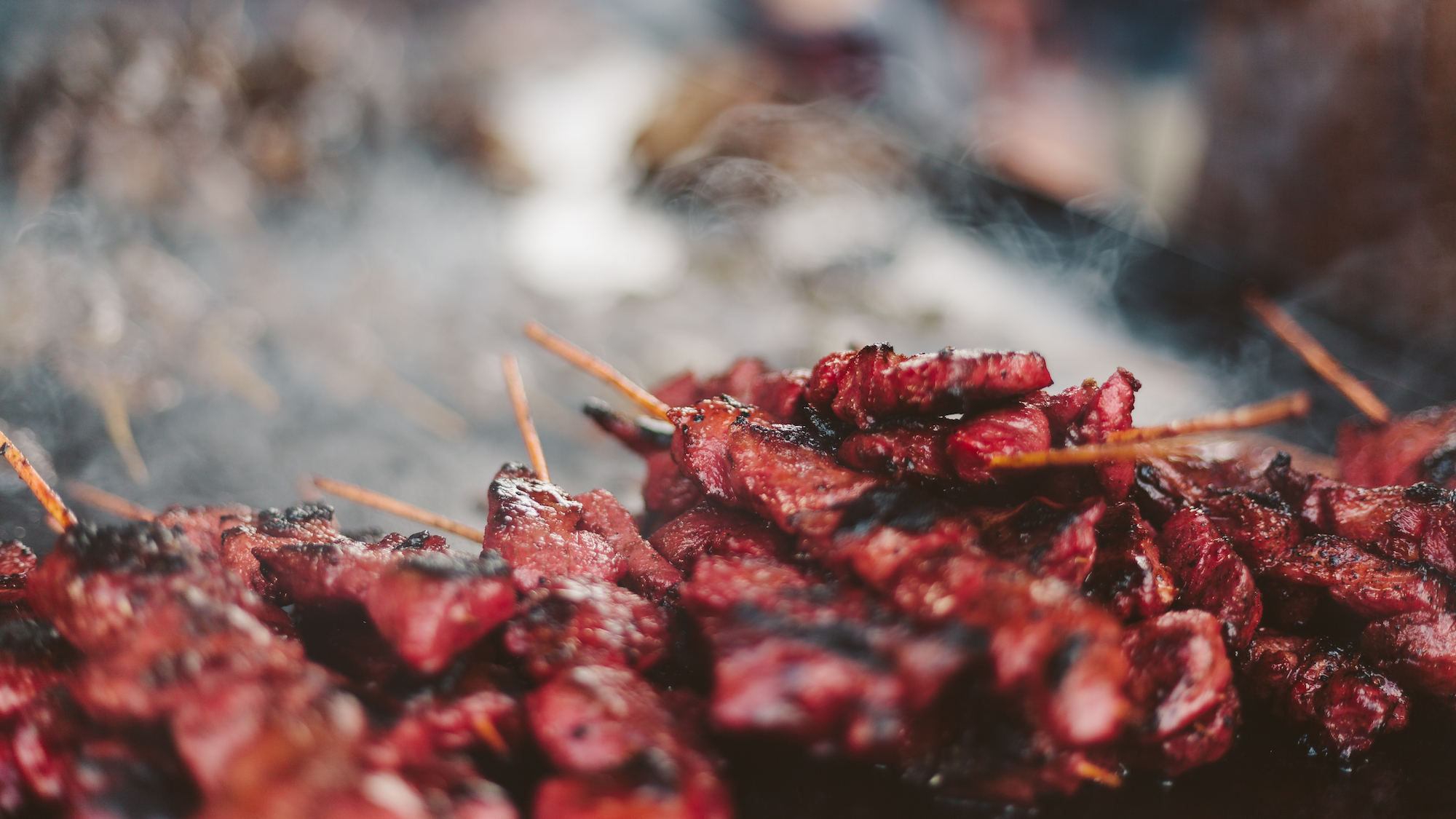 Caboose is a new street food joint. It’s opening in an old warehouse in Garforth and will be home to two semi-permanent kitchens and one rotating kitchen, which will allow them to welcome an ever-changing line-up of vendors into their fold. Think burgers one week, poutine the next. It’s not just food though – they’re also building a craft beer bar, which will stock beers from the likes of North Brewing Co, Northern Monk and Magic Rock.

Caboose opens in Garforth in 2022. 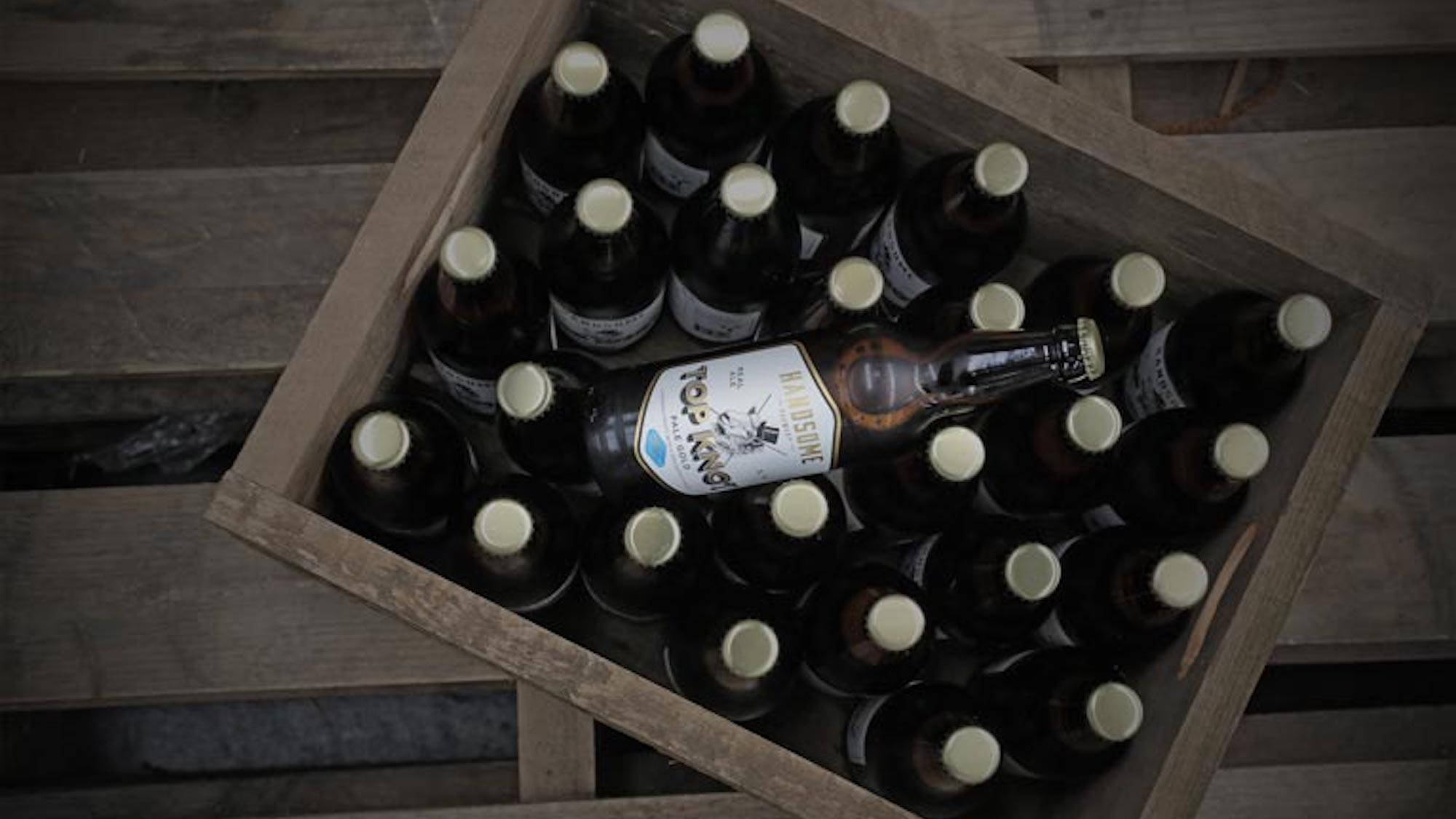 Lake District-based Handsome Brewery will open its first permanent taproom in Leeds in 2022. They’ve taken over the old fancy dress shop opposite the University of Leeds and it’s being completely transformed. They’re ripping it all out and building it back up to create a pub with a traditional-yet-modern feel with a mural on the outside wall which you can see now. Once open, you’ll be able to try their core range, including the FKR Lager and the Strange Pale Ale.

Handsome Brewery will open on Woodhouse Lane in early 2022. 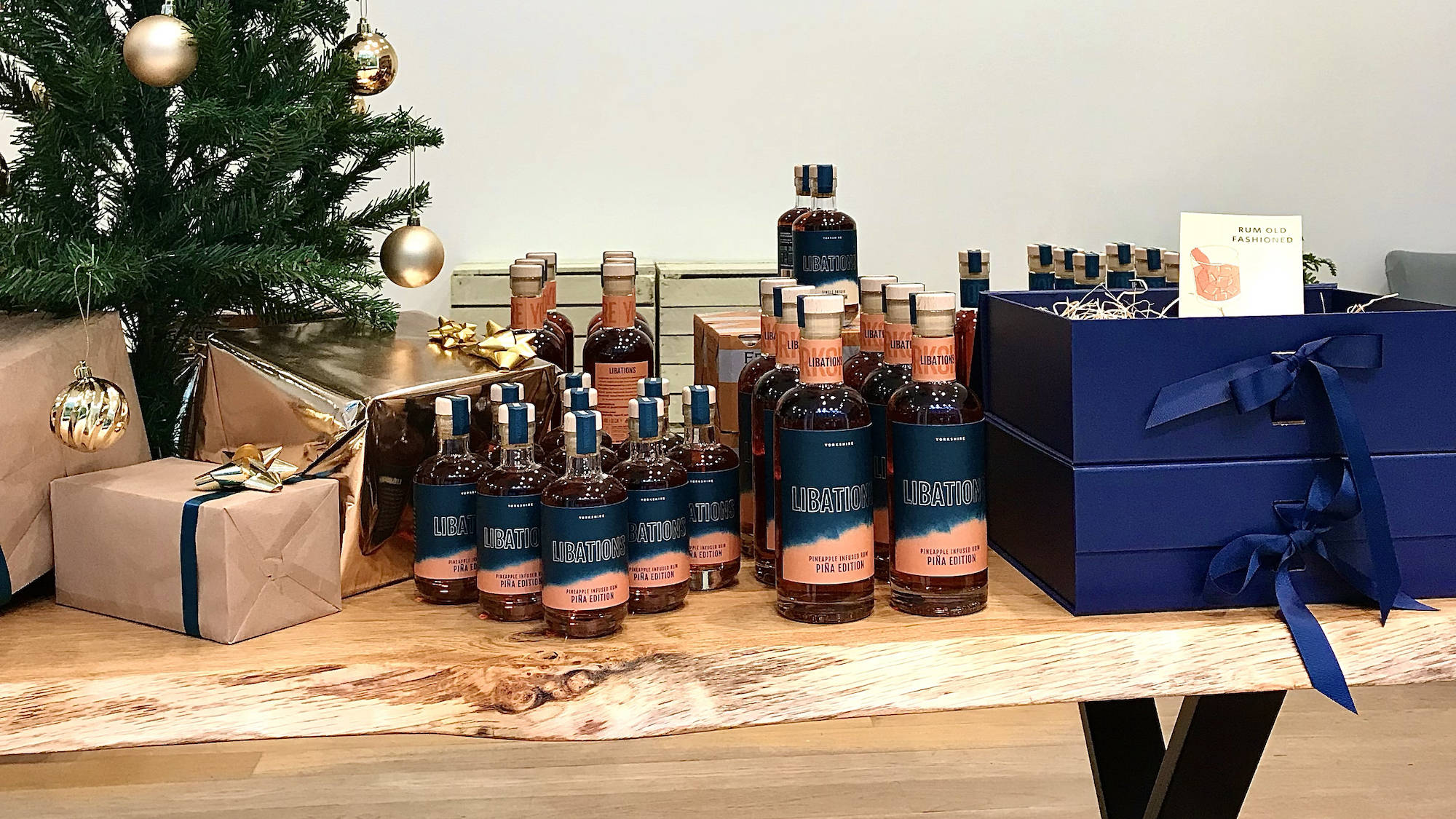 Libations is an award-winning rum company and they’ve got big plans for 2022. After the success of their festive pop-up shop, they’re opening their own distillery and blending house in Leeds. Libations was founded by Chloe Potter and Rory Armstrong in December 2019 and they’ve earned acclaim for their single origin spiced and pineapple-infused rums. Now they’re bringing production in-house for a proper rum experience, including a bar and visitor centre.

Libations Rum Distillery plans to open in Leeds in 2022. 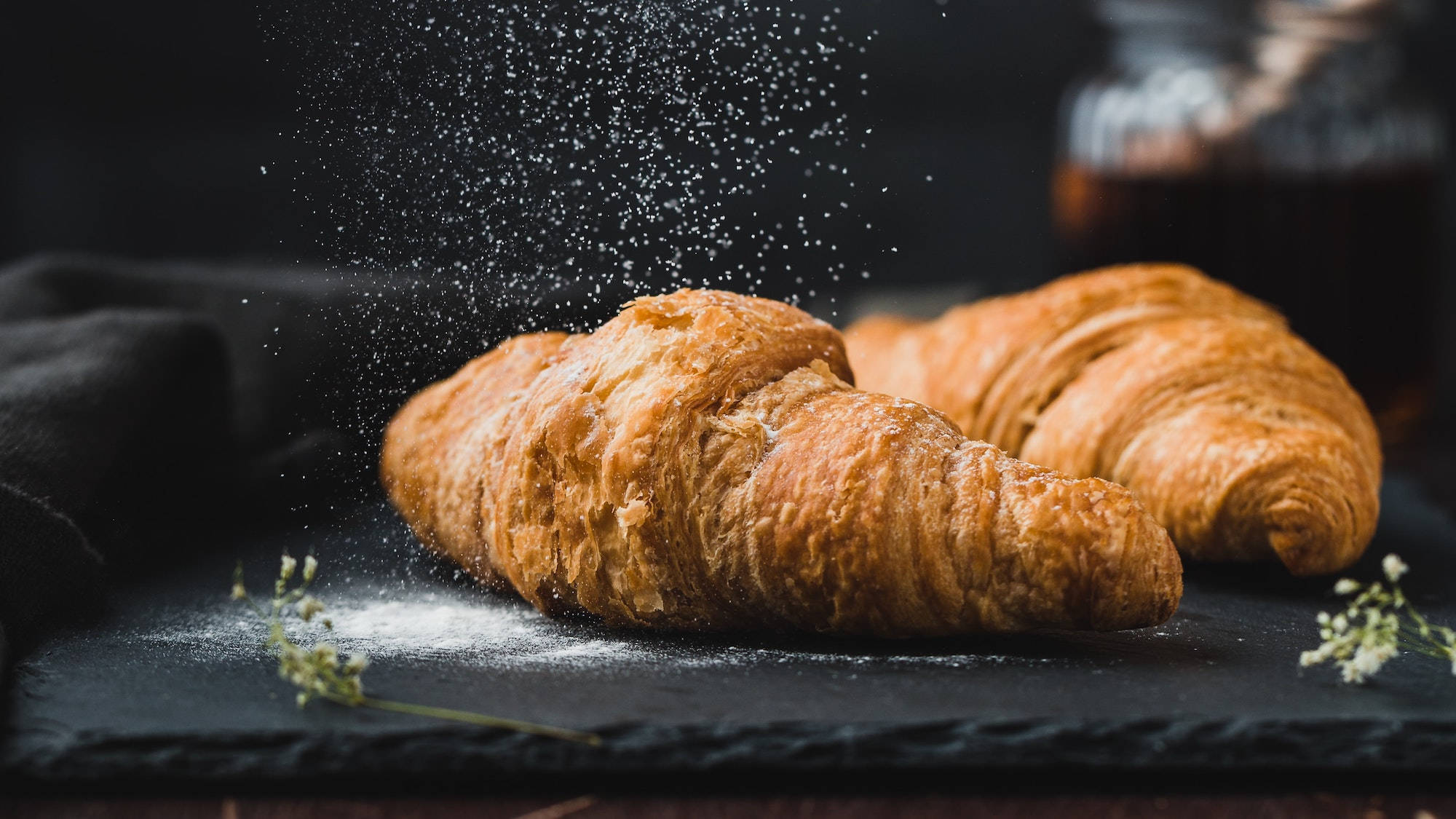 What started out in a basement, is now about to become a permanent bakery in the centre of Otley. You might have come across The Underground’s treats before, having been sold in various cafes and bars around Yorkshire for years, but now you can go direct to the source. Expect all kinds of lip-smacking delights, from sweet pastries and artisan chocolates to freshly-baked bread and savoury croissant sarnies. Tea, locally-sourced coffee and fresh juices hit the bullseye.

The Underground is opening on Boroughgate, Otley in early 2022. 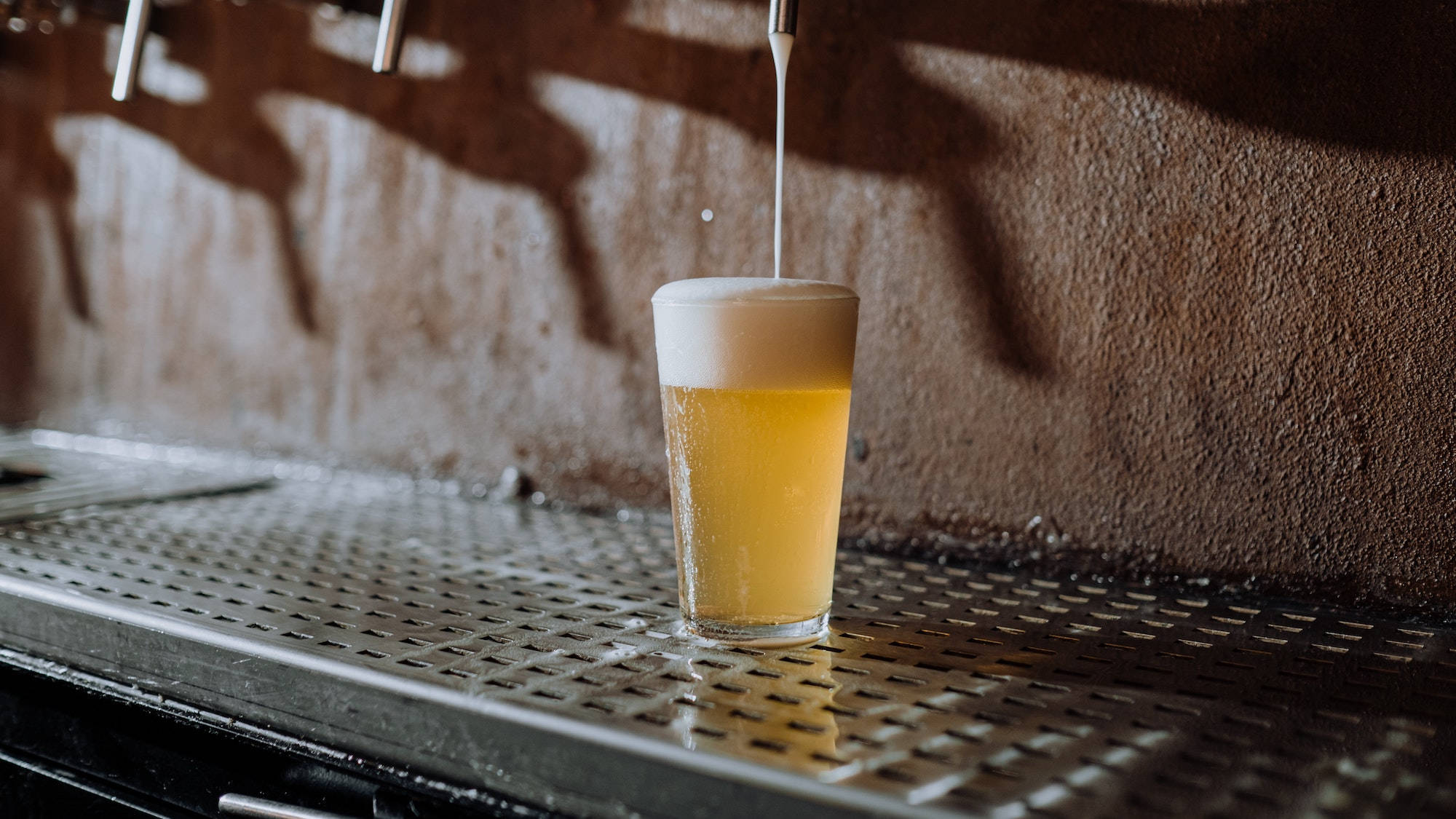 If you’ve been to Left Bank Leeds recently, you’ll have been able to try the first wares of Reluctant Hero Brew Co. This new microbrewery has taken over a small part of the old church and they’re brewing up all kinds of delicious brews ahead of their full launch in 2022. Their first batch of keg American pale ales has been wowing the lucky few but, for the future, you can expect big flavours and classic beer styles which you’ll be able to get across the city soon. 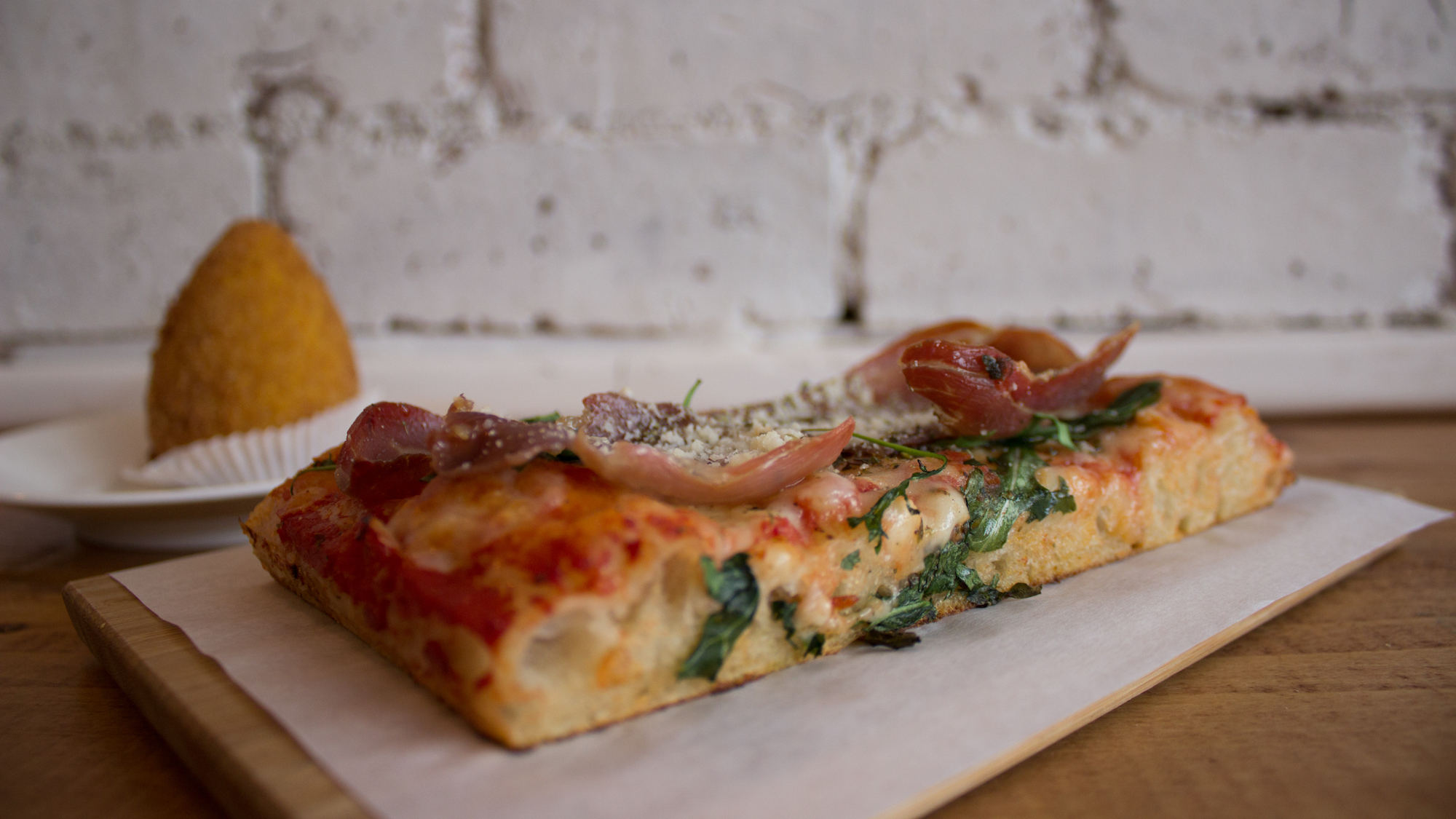 The much-loved proponents of classic Sicilian street food Poco are expanding early in 2022. They’ve been working on a new shop in the centre of Headingley in the former Workshop Sewing Cafe. It’s almost ready to go already, so you can start dreaming of your first visit in earnest. Will you go for the giant rectangular pizza slices? Or maybe one of their crisp rotisserie chickens? And don’t forget about the cannoli or arancini! Heck, why not try a bit of everything?

Poco is opening in Headingley in early 2022.

The Cut & Craft has a huge reputation in its hometown of York, but now it’s preparing for its first Leeds restaurant. They’re taking over two empty units in the Victoria Quarter and turning them into a cool-as restaurant after a £1 million refurb. The menu is seriously one to get you salivating. There’s burgers, ribs and pies aplenty, but the star is their 10oz flat iron steak, sliced and served perfectly pink. With craft beer and cocktails too, it’ll be worth the wait.

The Cut and Craft will open in Victoria Quarter in 2022. 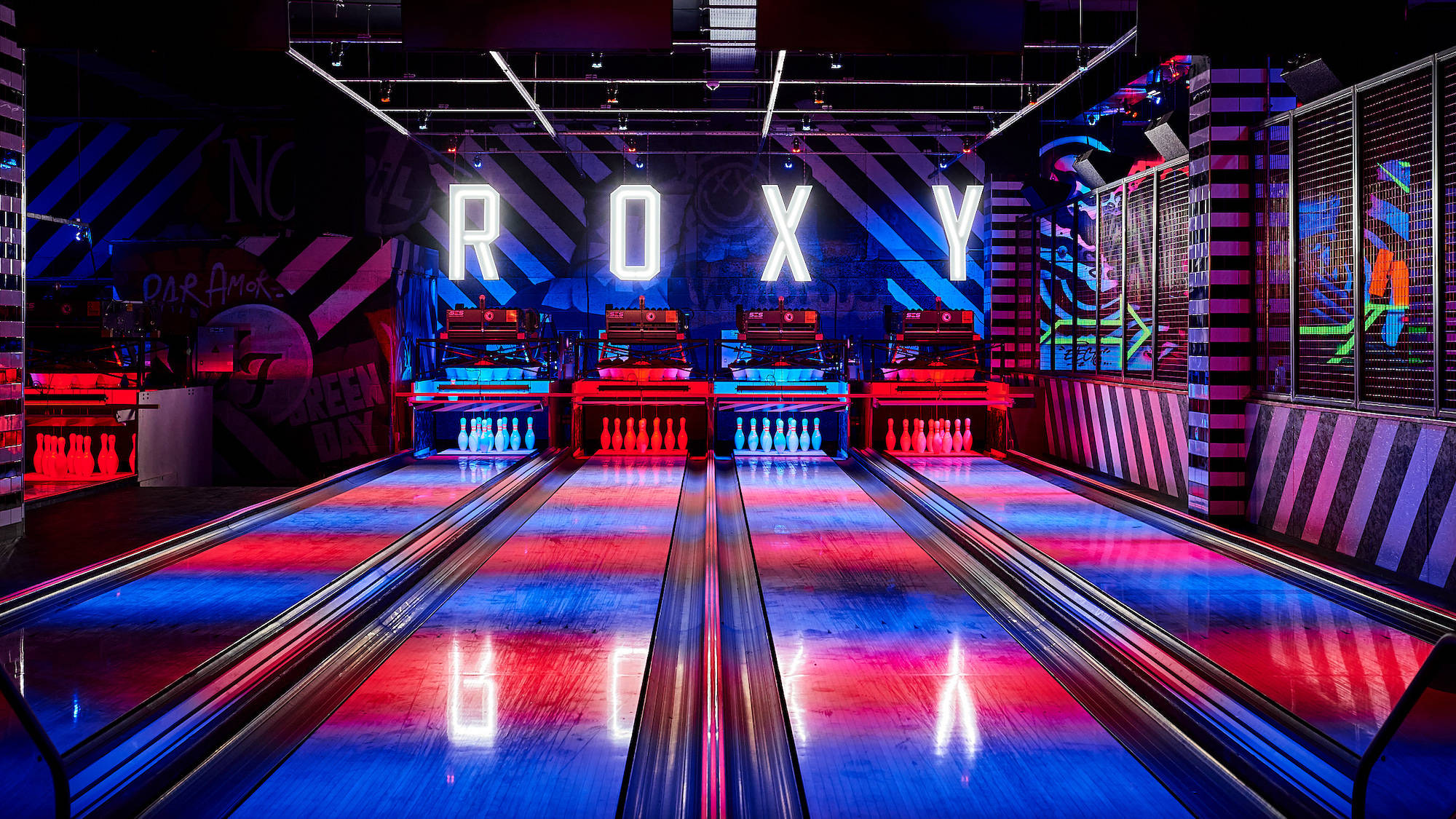 There are exciting times ahead for Roxy Lanes. They’re moving from Bond Court to a much bigger venue on The Headrow in the former Red Hot World Buffet. This bowling alley and bar will be home to 10 state-of-the-art lanes, up from 4, but that’s just the start. There’s duckpin bowling and the first ever indoor ice curling rink in Yorkshire to look forward to. And that’s not to mention their usual first-class craft beer, cocktails and bar food offering.

Roxy Lanes will open on The Headrow in 2022. 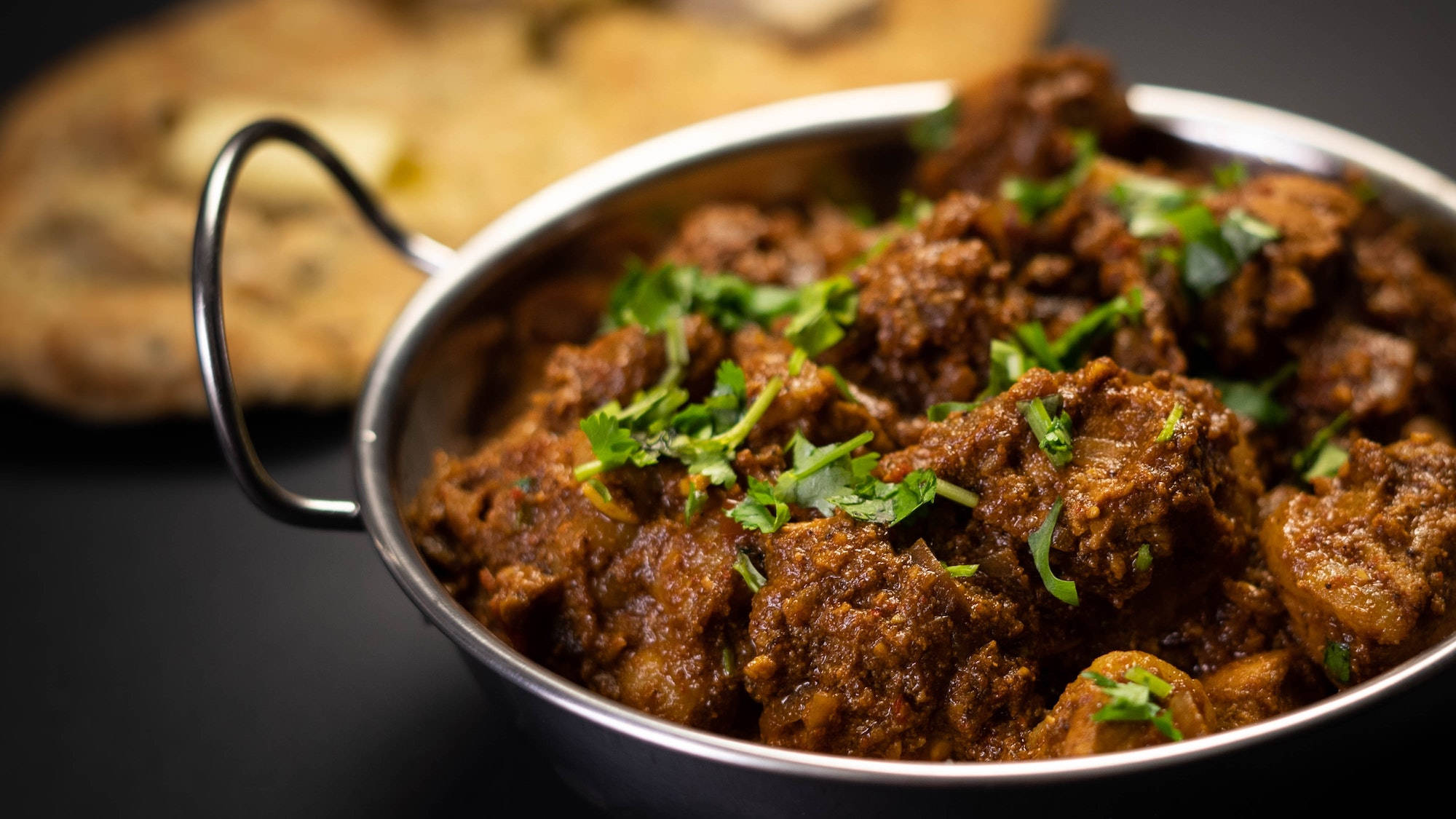 Shimlas is one of the oldest Indian restaurants in Yorkshire, the first opening in Bradford back in 1977. They’ve expanded since, but this will be their first restaurant in Leeds. They’ve got their sights set on Harehills, where they’ll be dishing up their famed Indian twists on doner kebabs – we’re talking marinated chicken, fish or lamb, crammed into a naan wrap with fresh veggies and sauces. There’s classic curries, baltis and biriyanis for the scoffing too.

Shimlas will open in Harehills in early 2022. 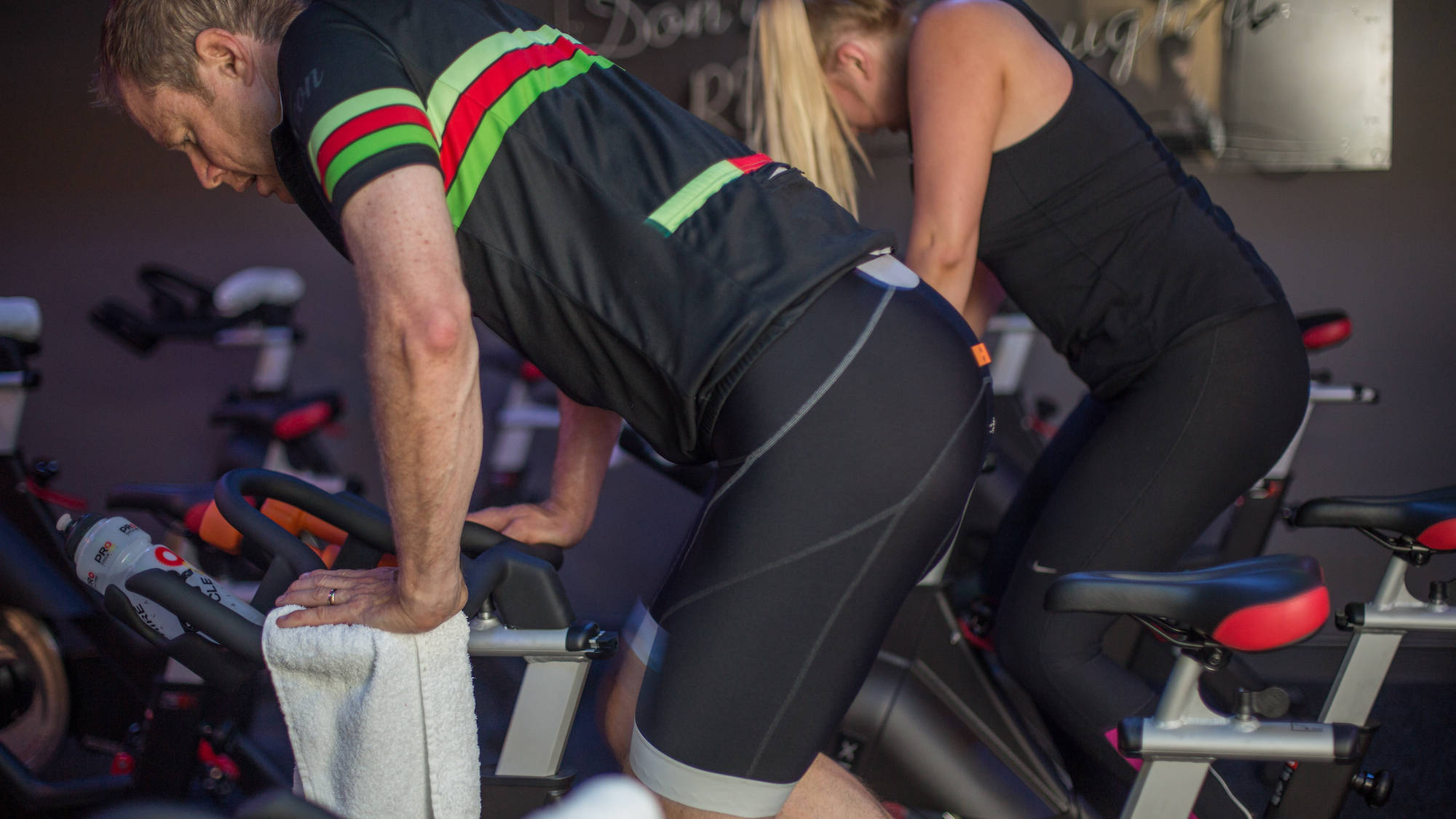 A former law office will be turned into a state-of-the-art fitness studio in early 2022. Ryde Studios has been in the works for a few years, but it’s finally nearing opening. A welcoming reception will feature a juice bar, towels and a breakout space for after your workout. But what can you do? Well, their spin-style cycle classes are the cornerstone of their offering, but it’s a diverse programme, taking you from barre to yoga, with specialist rooms for each discipline. 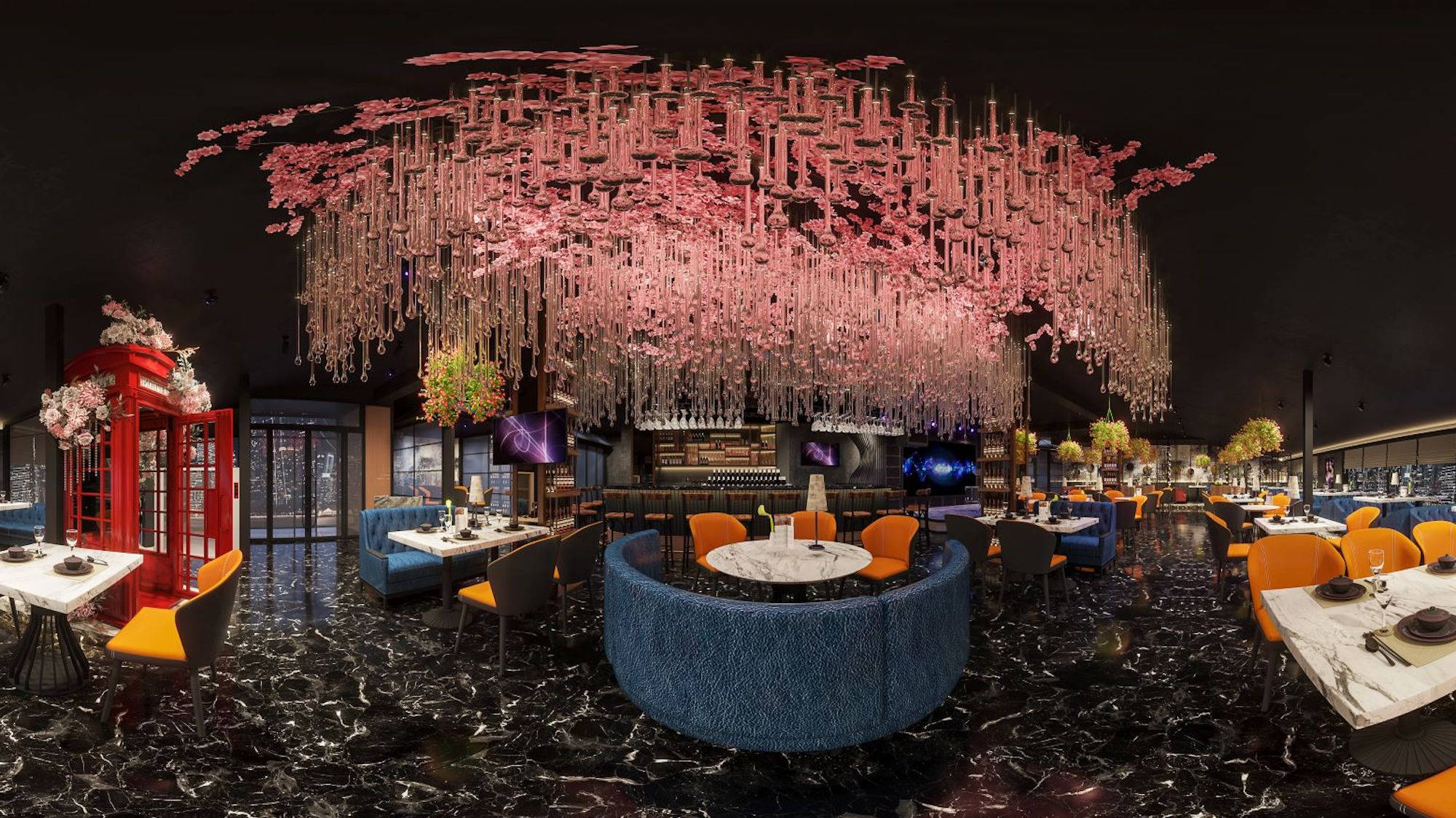 A luxury new Chinese restaurant is coming to the Merrion Centre in summer 2022. Blue Pavilion is from the owners of Blue Sakura and will see them invest £2 million in the former Picture House venue. Downstairs, a sophisticated 130-cover dining room will be home to an a la carte menu of modern takes on classic Chinese fare as well as live entertainment. Upstairs, get your vocal chords ready for K Kube, a new 7-room karaoke bar. 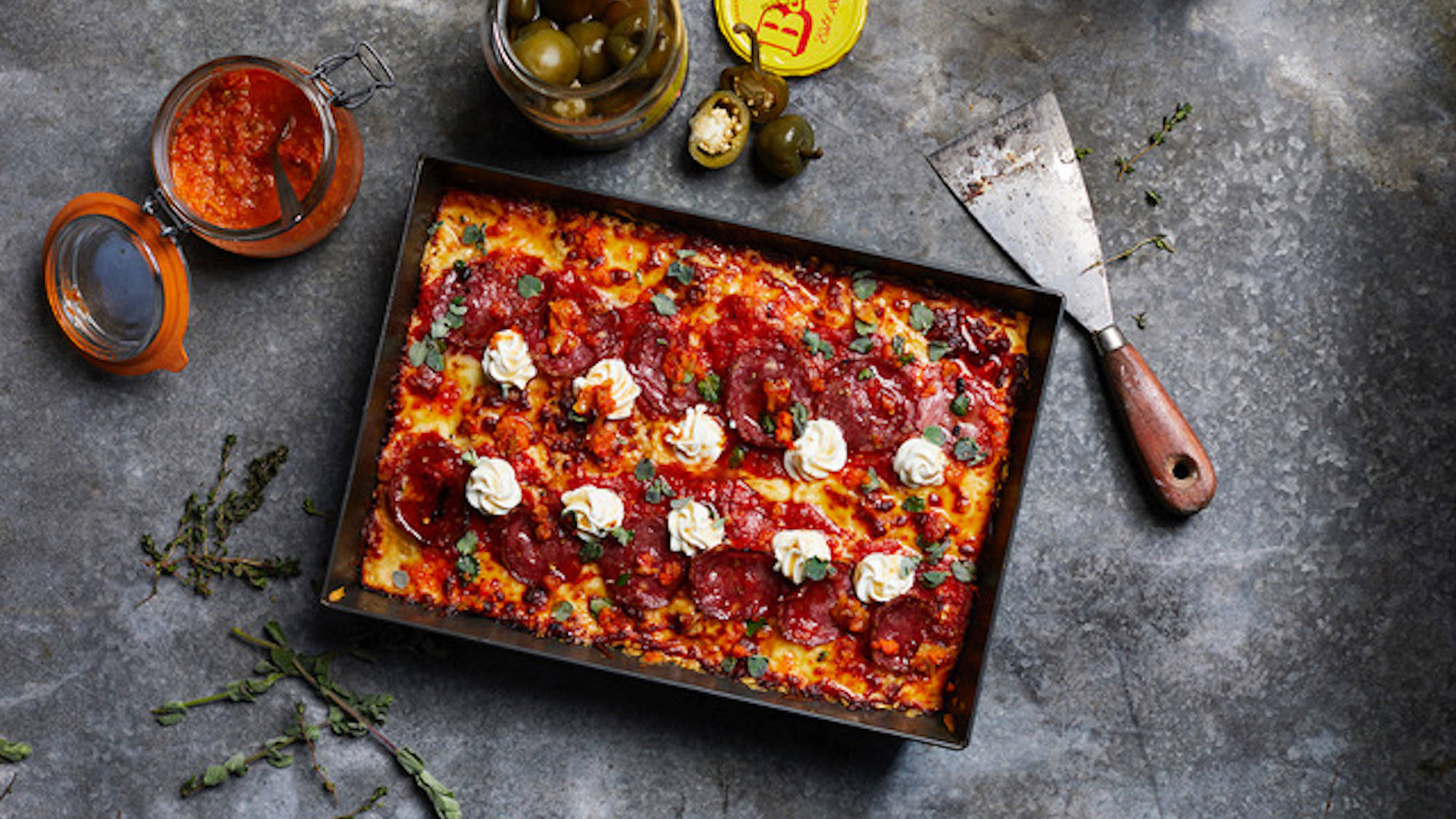 If you want your pizza done differently, keep your eyes peeled for Well Oiled. They serve theirs Detroit-style, so expect soft, deep-dish focaccia dough fermented for 28 hours and drizzled with olive oil before being loaded up with incredible toppings, like fennel salami, Wisconsin brick cheese, whipped ricotta and their secret Detroit tomato sauce. They spent summer 2021 popping up at events and venues across the city, now we await their permanent arrival. 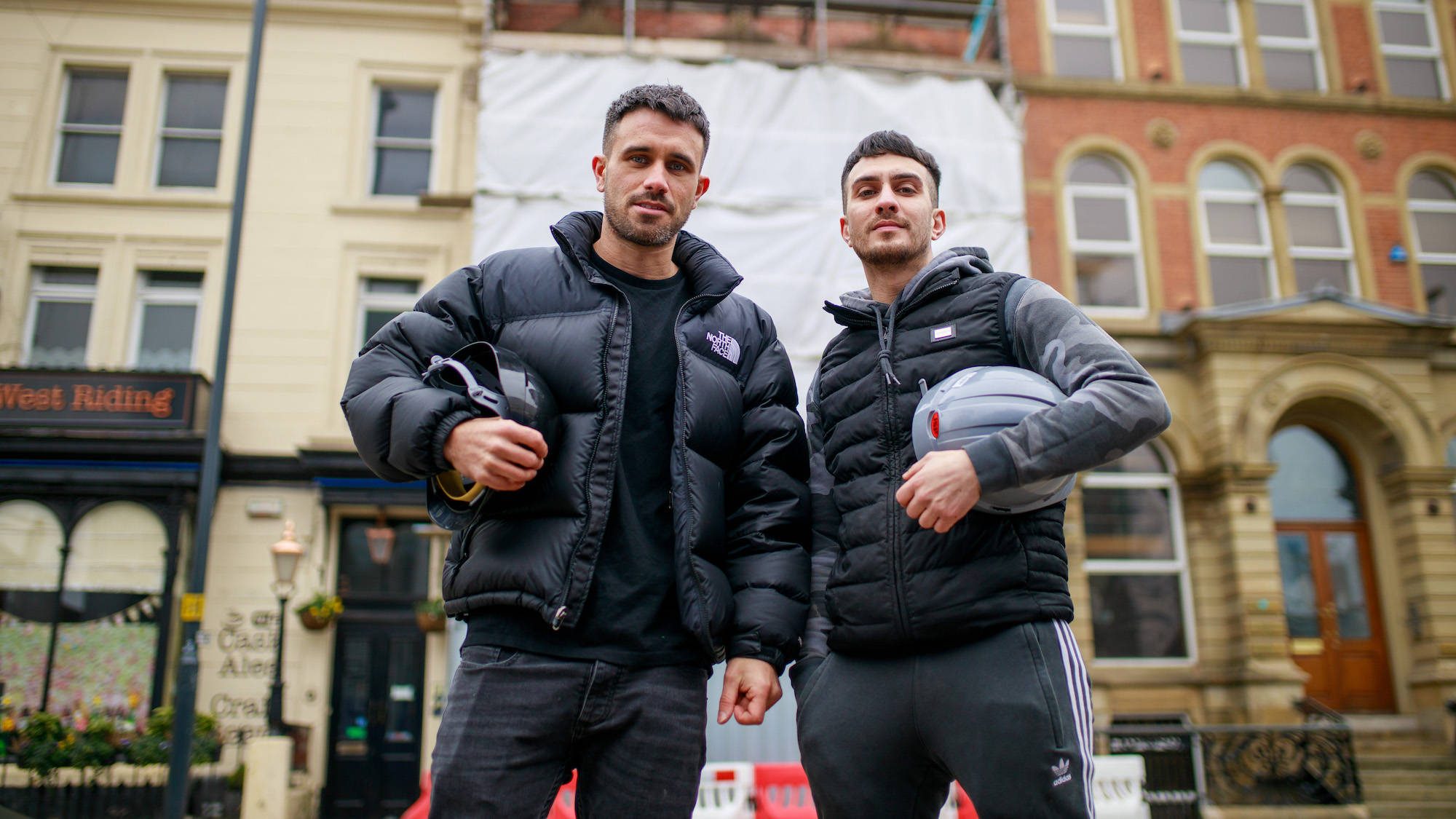 The Green Room is a plant-based restaurant and rooftop bar coming to Wellington Street in spring 2022. It’s the brainchild of Will Habergham and PJ Gardener, friends who’ve spent the past year working on a long-empty building next to The Majestic. Downstairs, the restaurant will serve plant-based menus, made using local and ethical ingredients, while upstairs, you can look foreword to alfresco dining, parties and BBQs on the 1,500 square foot roof terrace.

The Green Room will open on Wellington Street in late spring 2022.

After a couple of years away and then a year of comeback pop-ups, the team behind Boss Burgers have been plotting their next steps. The result is Fare – a new coffee shop, bakery and wine bar, all rolled into one in the heart of Otley. They’ve kept a lot of thier plans under wraps for the time being as they get to work on building their new home, however, you can look forward to homemade bakes, locally-sourced coffee from Maude and hand-picked bottles of wine.

Fare Bakery is opening in Otley in 2022.

One of the first residents at 6 Wellington Place, Cubo is a company that caters to the changing needs of the modern workforce. They’ve taken 19,821-square-foot of space on the third floor which will be split up into three different offerings – there will be private offices for bigger companies, a designated desk for freelance or remote workers and hot design facilities for those who want flexible, inexpensive workspaces. Welcome to the future of working.

Cubo is opening at 6 Wellington Place in early 2022. 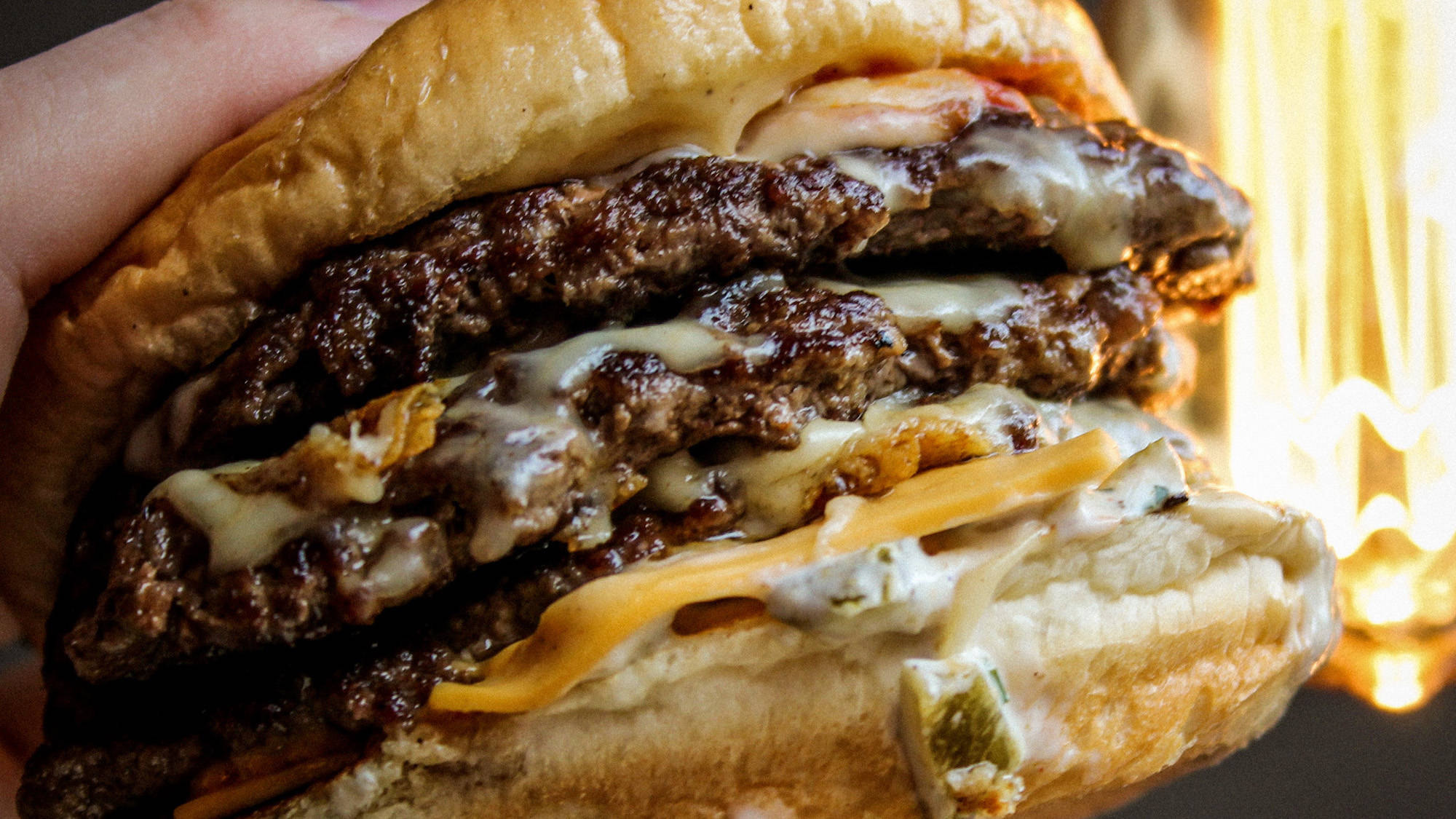 Making its way down from Newcastle, Meat:Stack promises proper American cheeseburgers. They’re coming to Boar Lane in the new year for just their second ever restaurant. Get ready for smash-style patties, served single, double or triple – these juicy morsels will be piled high with toppings like jalapeño, soft cheese, bacon and Stack Sauce. But it’s not just burgers, they’re open for breakfast with pancakes and massive sarnies too. 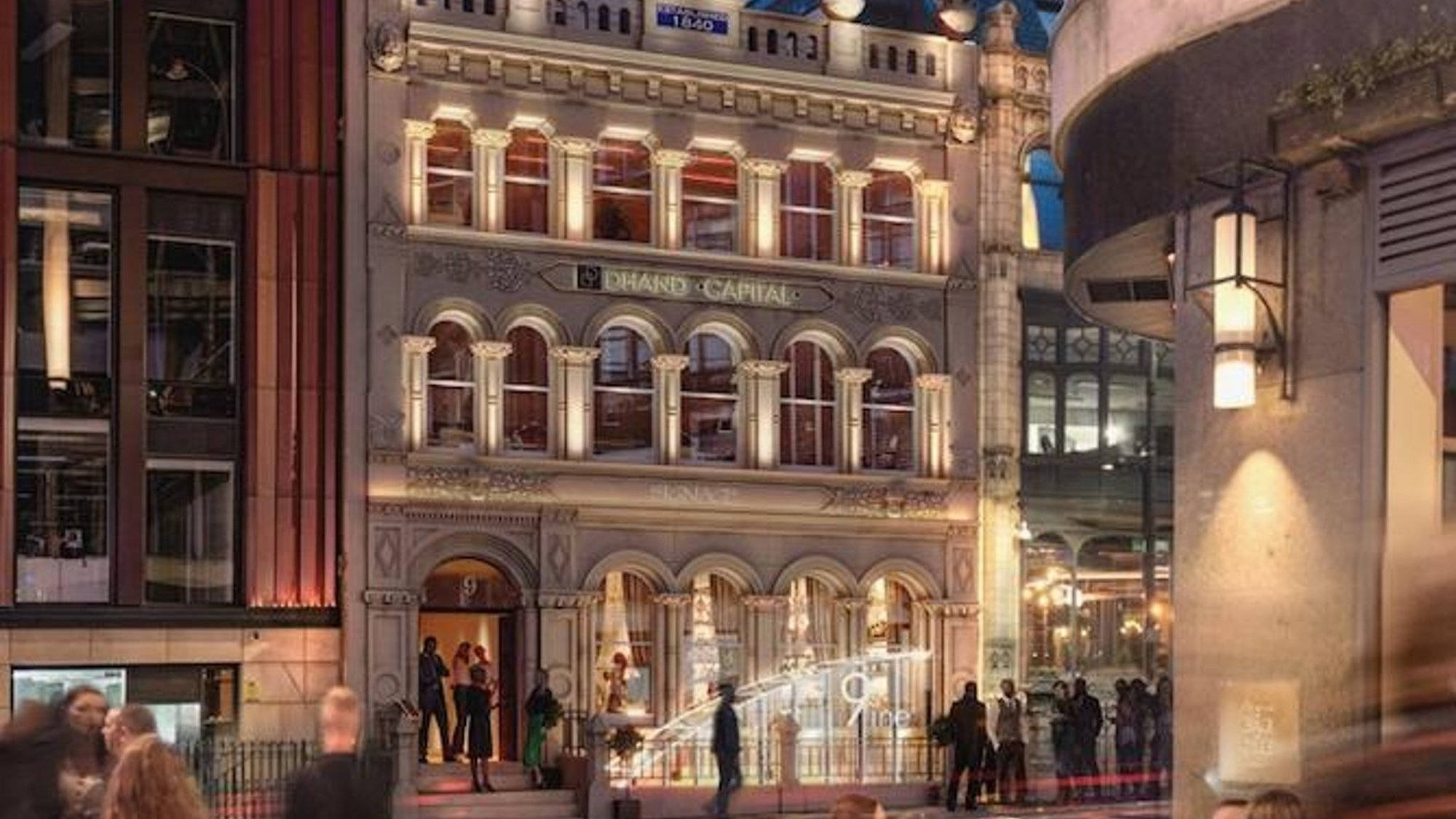 9 East Parade has spent the past few years pretty much empty, but now major plans to transform the Grade II-listed building are moving apace. Leeds-based developers Mayfair Group Investment are transforming the entirety of what was once the Mayor’s residence. The ground floor restaurant and basement night club are at the heart of the plans, alongside a roof terrace for al fresco dining. The upper floors will be office space, with access from Park Cross Street. 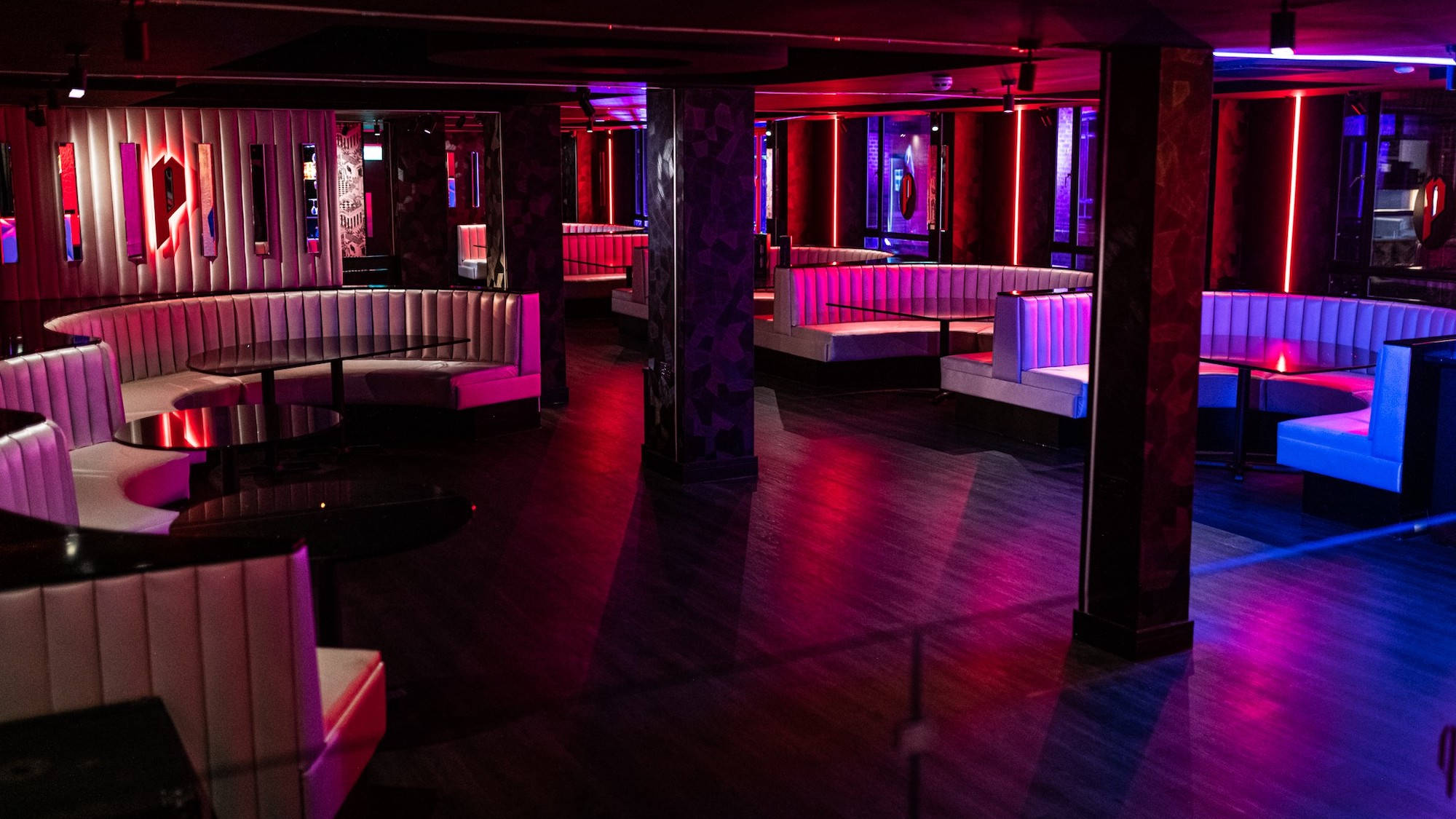 The owners of Dollhouse, Leeds musician Tom Zanetti and businesses partner Kane Towning, are opening an as-yet-unnamed drink, dine and dance venue at Electric Press in 2022. Inspired by similar concepts in Dubai and Ibiza, it will offer a late-night immersive dining experience, so you can enjoy a menu of small plates complete with live entertainment and sensory lighting. Follow it up with dancing and cocktails until the early hours in the VIP lounge.