A bookstore and plant shop on a boat? Oh yes! 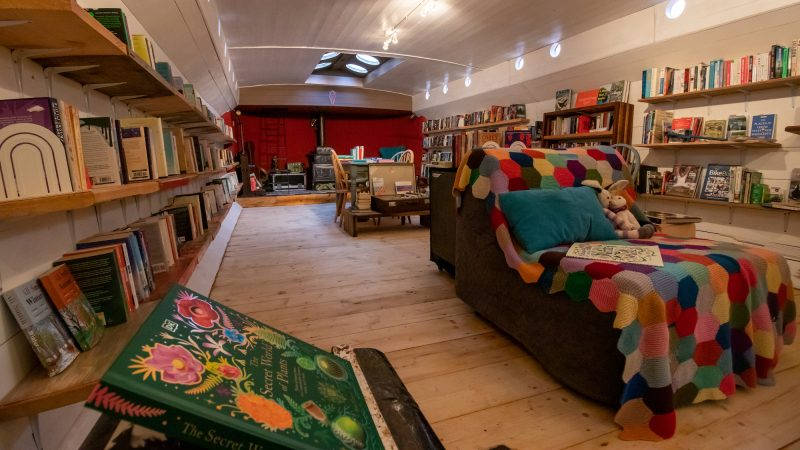 What do you get when you combine a boat, books and plants? Hold Fast, that’s what! This mooring on Leeds Dock is the brainchild of Chris and Victoria Bonner, who are responsible for a true Leeds first. The couple have created the coolest little bookshop in the city, having spent the past few months transforming the historic coal barge they used to call home into the newest place to find your next read – and that’s just the start. 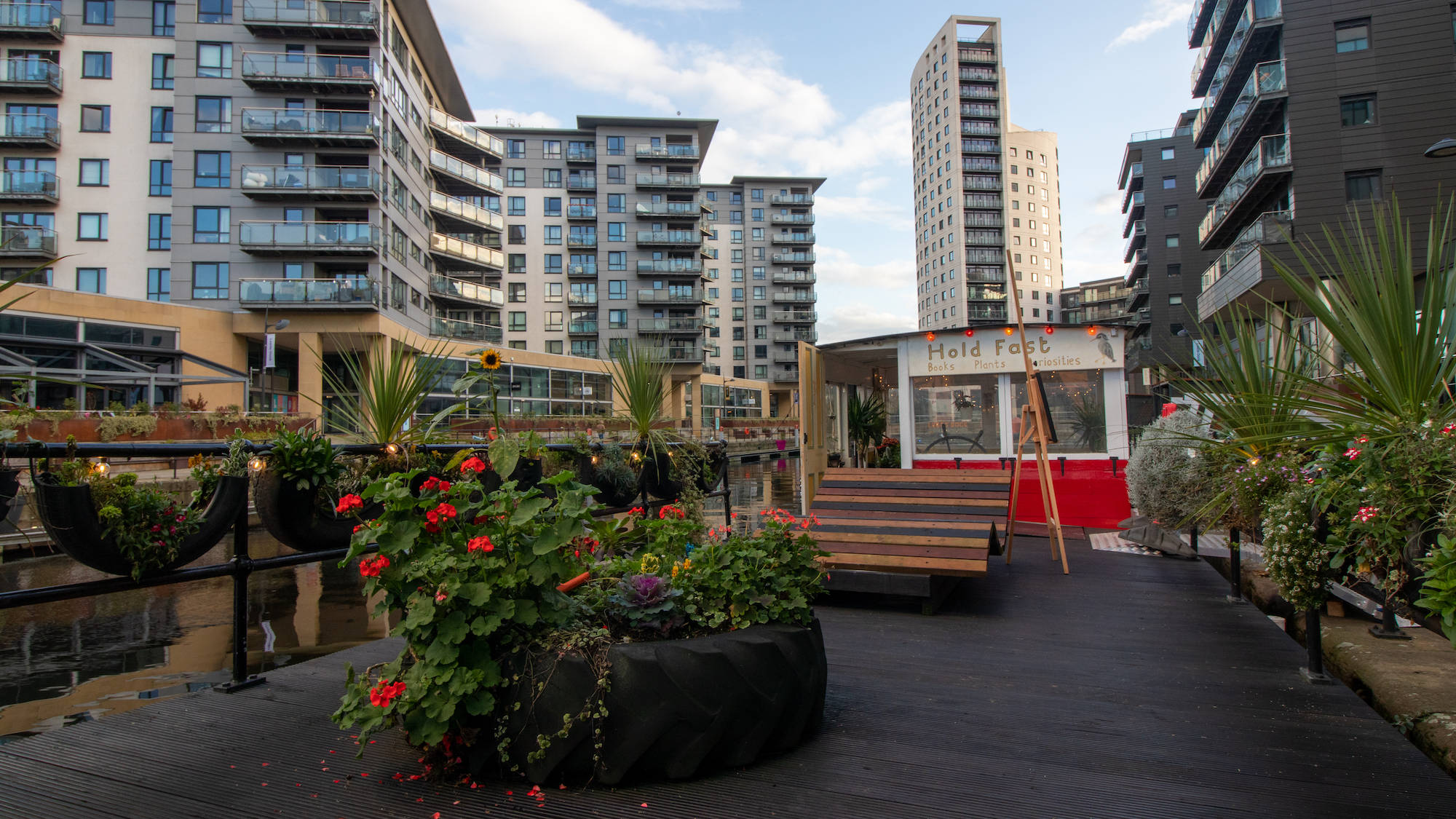 The barge itself has a story all on its own. It’s named ‘Marjorie R’ and dates back to 1946, when it was used as part of a fleet moving coal up and down the Leeds Liverpool Canal. It had spent years deteriorating until Chris and Victoria took it over around a decade ago and turned it into a houseboat for six years. Now they’ve used the barge they spent many years living in to bring a piece of the past back to life and provide a literary escape for the people of Leeds in the process.

But why? “I think that comes from the idea of ‘what’s taken care of?’” explained Victoria. “I know it’s cheesy, like what they said on that talk show Jerry Springer, ‘look after yourself and each other?’ Well, that’s the thing, no one looked after this boat. And I’d like to think we have, and we want that kind of spirit of looking after each other in Hold Fast because the idea came from lockdown. There’s a bit of community as well, we’re thinking we can be an alternative way you can go out but not actually have to drink. And because we’ve lived here we feel like we know what the area would need.” 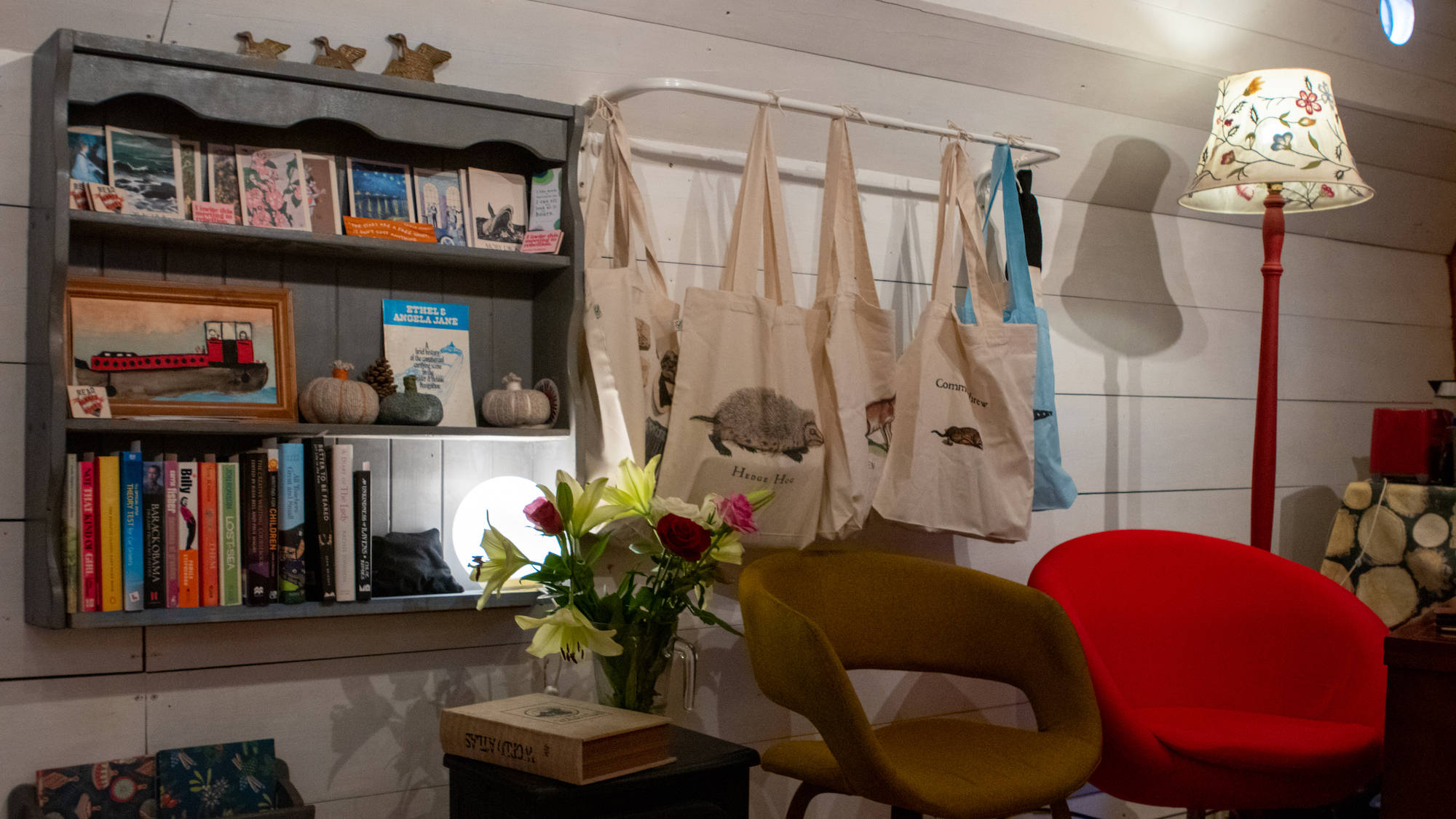 It’s been designed as a retreat in the heart of the city as much as it has been a shop. Inside, it’s all cosy, with red and white walls holding the shelves of books, while the centre of the barge is home to oodles of comfy seating and tables. So you don’t have to run off once you’ve found your book, and they wouldn’t want you to. You can take a seat inside, and settle down over a few chapters – there’s even a log burner for colder months, while the deck above will offer outdoor seating when the sun’s out.

So what can you buy? Well, books galore for starters. Their shelves are home to a mix of old and new. They’ve spent recent months collecting secondhand reads, which are priced affordably – or “less than a cup of coffee” as Chris points out – alongside a smattering of new reads. They’ve spanned the genres too, hopefully catering to all kinds of readers, taking you from fiction to self-care, Japanese literature to biographies, children’s books to books on boats – of course. And if they don’t have the book you’re looking for, they can order it in – that’s the independent touch. 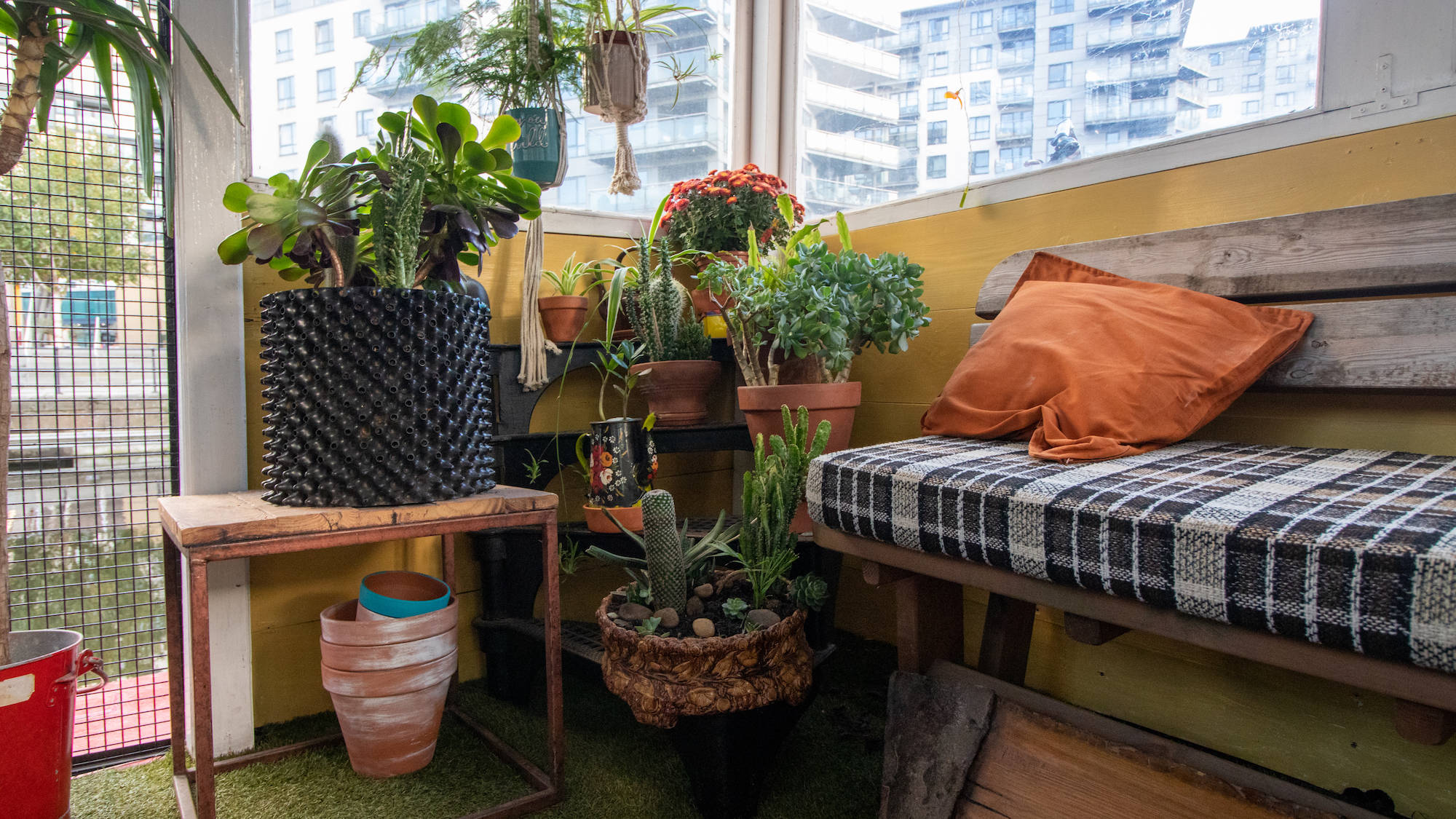 Alongside the reads, they’ll have art and greetings cards from local creatives, as well as a whole host of curiosities, including a treasure chest which holds a stack of random things they’ve found in the books they’ve sourced that Chris will be sharing with people. Upstairs by their very own barge garden on the deck, you can find all kinds of greenery to purchase. They’re sourcing an ever-changing line-up of plants, for both indoors and outdoors.

Yes, you can buy a few books, and yes, you can pick up new plants for your home, but it’s also more than that. They want it to be a place for the local community, with plans a little further down the line to have an eclectic calendar of events, such as poetry readings and live music. Hold Fast is ingrained with the spirit of a true independent, so if you want to help keep this burgeoning barge business afloat while you pick up some books and plants, head on down.