This swish new cocktail joint is worth checking out. 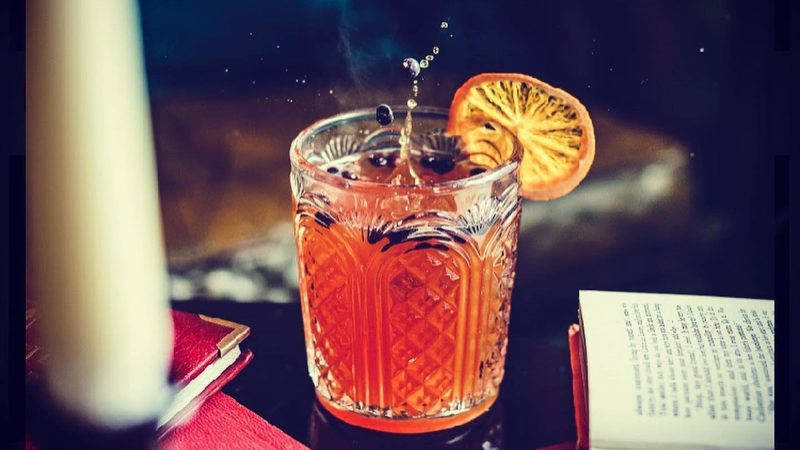 Cocktails, craft beer and groove-inducing choooons – Number 8 has it all.

When The Hungry Bear announced its closure in the summer, the sense of sadness across Meanwood was palpable, but it was soon replaced by excitement, because Number 8 came rushing across the Pennines, with quaffable concoctions and tastemakers’ tunes in tow. This cool cocktail bar has taken over one of the oldest buildings in the area and turned it into a must-visit nightlife spot. 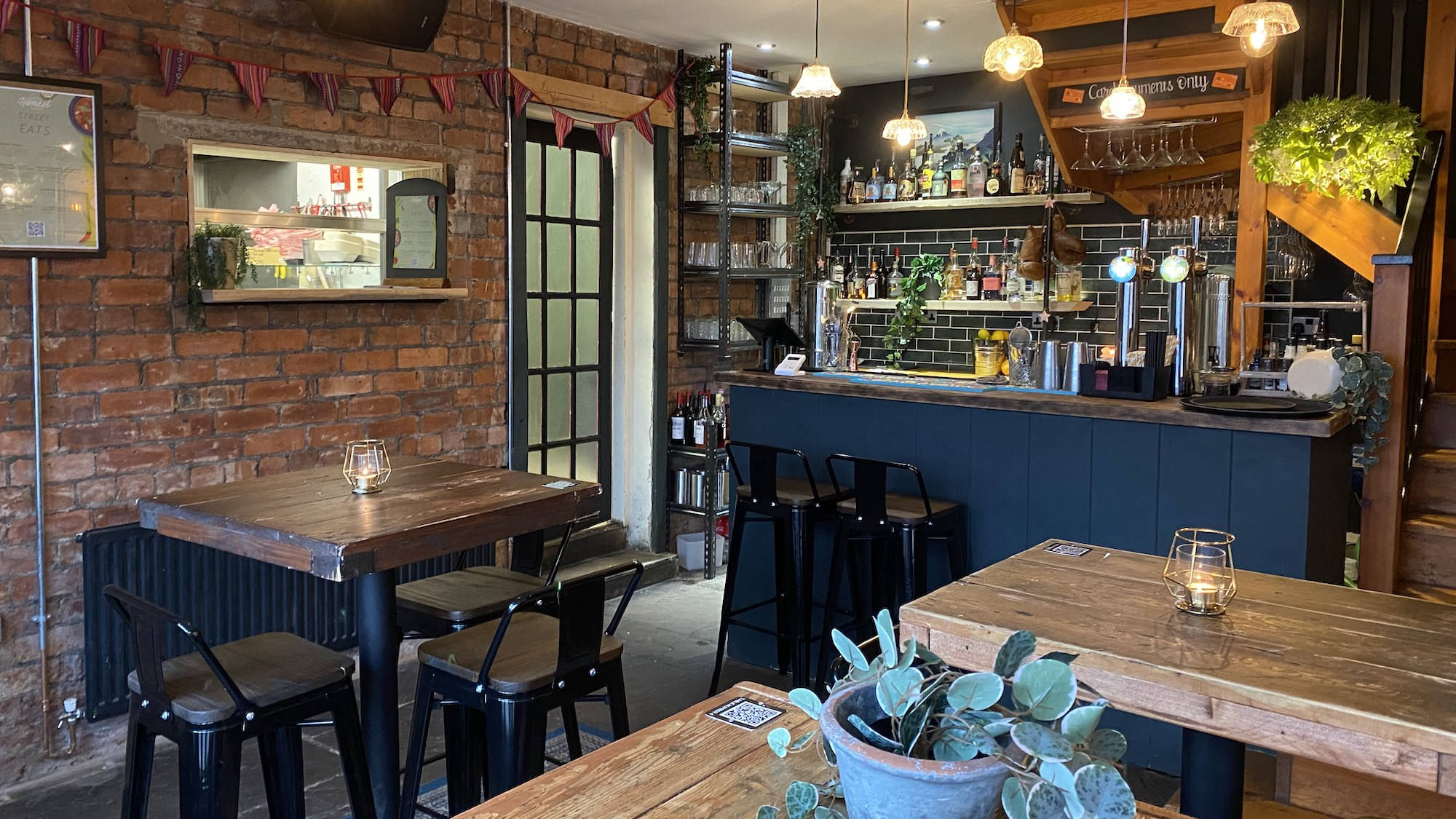 Number 8 is the brainchild of James Ince and Jimmy Garcia, two uni housemates who came up with the idea on the back of a sleeper bus in Vietnam and moved it into full gear in 2017. They took over a unit in Hatch on Manchester’s Oxford Road, where they could sling tasty tipples next to an array of street food vendors. Then the pandemic struck and they were forced to look for a new home.

After scouting sites in Manchester, James had a lightbulb moment – as a Leeds lad and a current Roundhay resident, why not enjoy a homecoming? And when The Hungry Bear’s unit came on the market earlier in 2021, the stars aligned. “I was like, where would I rather be? Leeds, and especially around here, I know Meanwood really well, it’s one of the most vibrant up and coming places,” he explained. “We’re in really good company with Zucco, Alfred and Terminus behind us. There’s just so much going on around here.”

The gap for a proper cocktail bar in this corner of North Leeds was wide open, so they’ve found the perfect home. James and co have stripped back the building to give it a cool, industrial chic vibe – it’s all exposed brickwork, chunky wooden tables and oak beams, with cosy touches to give it a welcoming feel. From the floral wallpaper to the vintage mirrors and the dark tiles, it’s right on the money. They’ve even got a mural on the facade by the Cortisol Kid, with records, drinks and flora hinting at what’s inside. 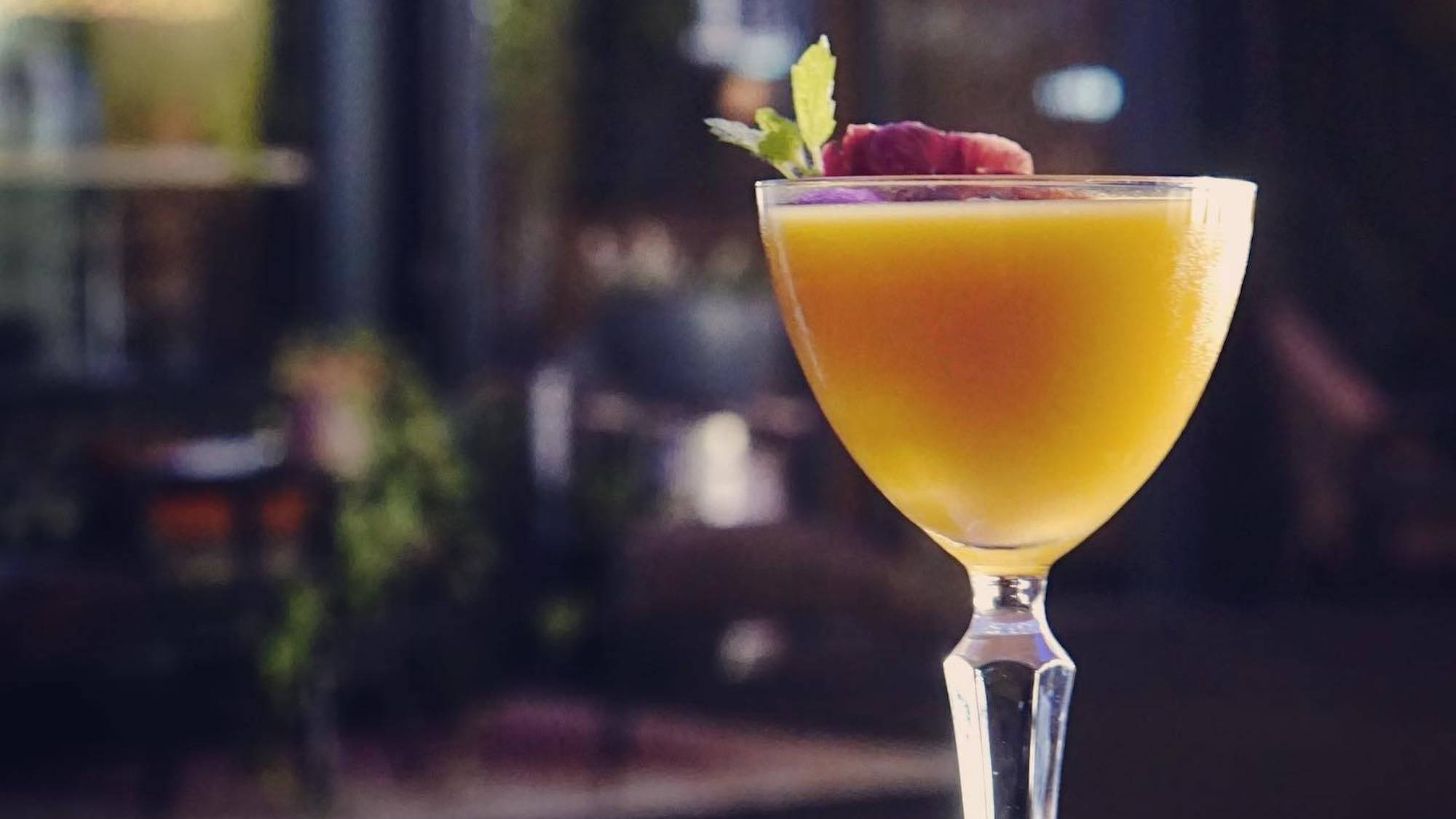 It’s a cocktail lover’s paradise. They do 10, five classic and five original. There’s a Negroni made with Antica Formula vermouth, an Old Fashioned with Buffalo Trace bourbon and an eye-opening Espresso Martini that’s double-strained for extra smoothness. But it’s their own concoctions that show Number 8’s mixology prowess – they change with the seasons and their bartender’s whims.

Take the Floradora for example, their twist on an old Victorian staple. A Beefeater gin base is paired with raspberry puree, lime juice, Angostura bitters and dry ginger ale for a palate-cleansing kick. But if you ask James, one in particular stands out – the Banana and Black Tropical Punch. “It’s a little bit different, a more interesting take on a Rum Punch,” he told us. “It’s dark spiced rum, banana puree and this homemade black treacle-y syrup, which has a natural bitterness to it, with lemon and pineapple juice. In terms of flavour profiles, it’s an interesting one.”

They don’t just do cocktails, they have a wide range of hand-picked spirits and mixers, alongside a small selection of wines the team have tried and tasted themselves. If beer’s your thing, you’re well catered for. They’ve kept it small, but full of quality – there’s Beavertown Neck Oil and Bones Lager on draught, with the likes of Tiny Rebel, Paulaner and Kona in the fridges. 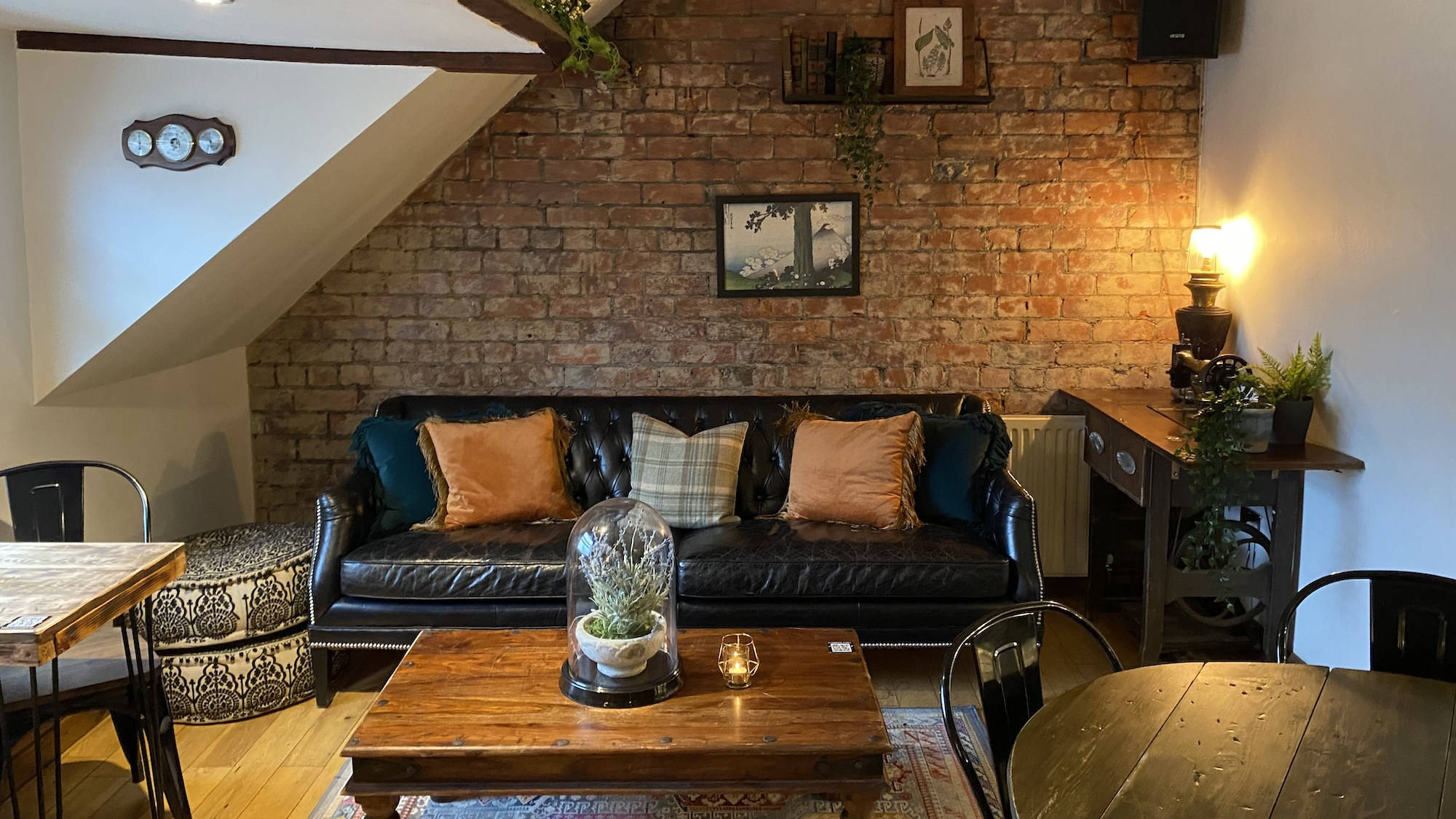 And there’s no need to leave hungry. Rather than coming up with their own concept, when it’s not their forte, they’ve enlisted a rotating line-up of street food vendors to keep their food offering new and exciting. First up is a local favourite Honest Supper Club. They’re meat-free mavericks who take classic dishes from around the world and give them a plant-based twist.

The menu varies depending on the produce they can get their hands on, but there are a few cornerstones to look forward to. The naan loaded with their curry of the day is a delight. Or you can try their box of seitan doner strips with all the trimmings. They even have sour cream and jalapeño nuggets with a fresh chive mayo. But the star of the show? Twice-cooked chips sprinkled with masala salt, mint raita and chilli sauce, perfect for snacking as you work your way through their drinks menu.

The Number 8 experience is rounded off by the soundtrack – expect handpicked playlists of chilled out beats throughout the week, with livelier sounds and DJs on the decks at the weekend. From the drinks to the food, the vibe to the sounds, it’s the whole package that sets Number 8 apart and makes it something completely different to what Meanwood already has.