Leeds is set to get a garden walkway akin to New York's High Line. 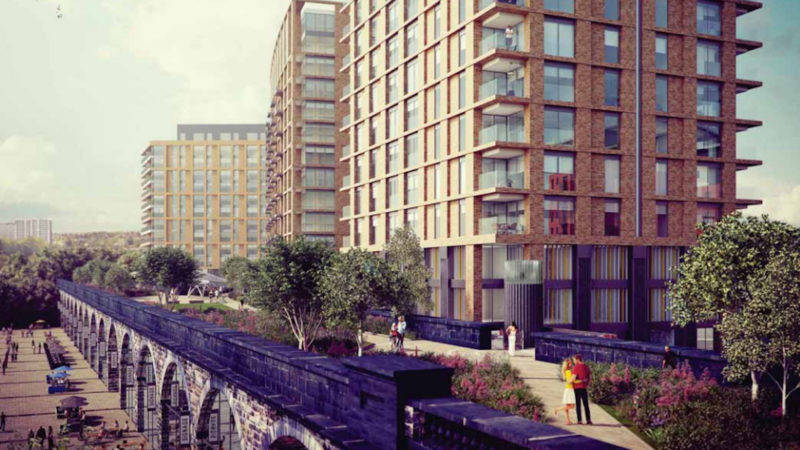 Ever heard of the High Line in New York? Leeds will finally get one of its own as new plans have been approved by Leeds City Council.

The city centre is crying out for new green spaces, but you probably wouldn’t expect to find them over 25 feet above the ground. That is, however, a reality now, as Leeds City Council has approved new plans for an open air garden and walkway on top of the city’s iconic viaduct.

Inspired by the High Line in Manhattan and Promenade Plantée in Paris, the Leeds high line will create a natural escape in an unusual urban location. If it follows in the footsteps of its predecessors, it will become one of the city’s most prominent attractions – but it also has a practical purpose, because it will connect the West End of the city to the South Bank.

At 5,500 square metres, the Leeds high line will be about the same size as Briggate, and will take you from Wellington Place over the River Aire to the Doncaster Monkbridge site opposite City Island. The viaduct, which was designed by Thomas Grainger in 1846, will become an important part of ART PRS Leeds GP Limited’s plans to redevelop the site, with the high line above and a series of bars and restaurants below – much like Granary Wharf.

And that’s not the only thing they have planned. The Leeds high line will be part of major plans to bring the South Bank site back to life with five new apartment buildings planned, ranging from 11 to 21 storeys. Once complete, they’ll create 567 flats, as well as a range of new retail and leisure units.

The ambitious plans were presented to the City Plans Panel on Thursday, taking the new Leeds high line one step closer to reality – now that they’re approved, work could start as soon as August. If it does come to pass, we’ll get a landmark attraction that combines green space, stunning views and an iconic attraction.

This is a seriously big deal for Leeds – and we can’t wait to check it out when it’s complete.