It’s darts, but not as you know it. 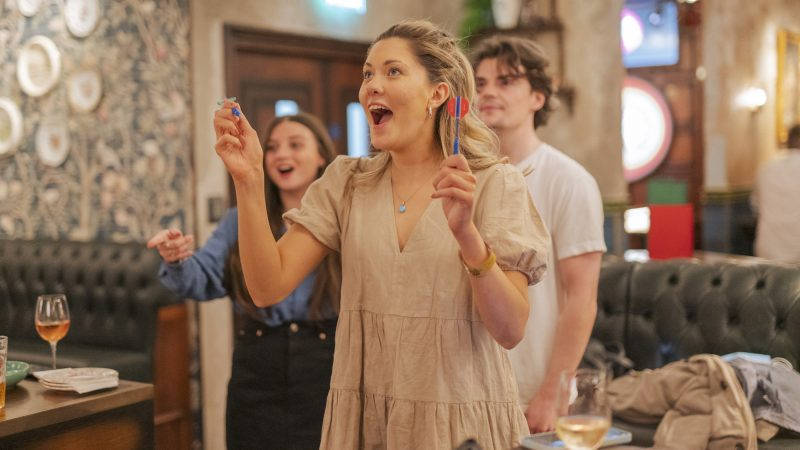 Flight Club has arrived in Leeds – is it a bullseye?

One of the latest arrivals in Leeds, Flight Club has taken over the old Shooters Bar building on Park Row. It threw open its doors a few weeks ago, promising a more social take on darts, along with food, drink, brunch and a raucous atmosphere over two floors. The first rule of Flight Club? Get yourself down to Flight Club.

It’s been a long time in the making. Work started on adapting the site almost three years ago, but the opening was delayed, like so much else, by the pandemic. Luckily for us, that just gave them more time to give the building the TLC they felt it deserved. The result is stunning, with a tired old space given a new lease of life. Inside, you’ll find a striking building and darts reimagined for a younger, hipper crowd, plus food and drink worth a visit in its own right. 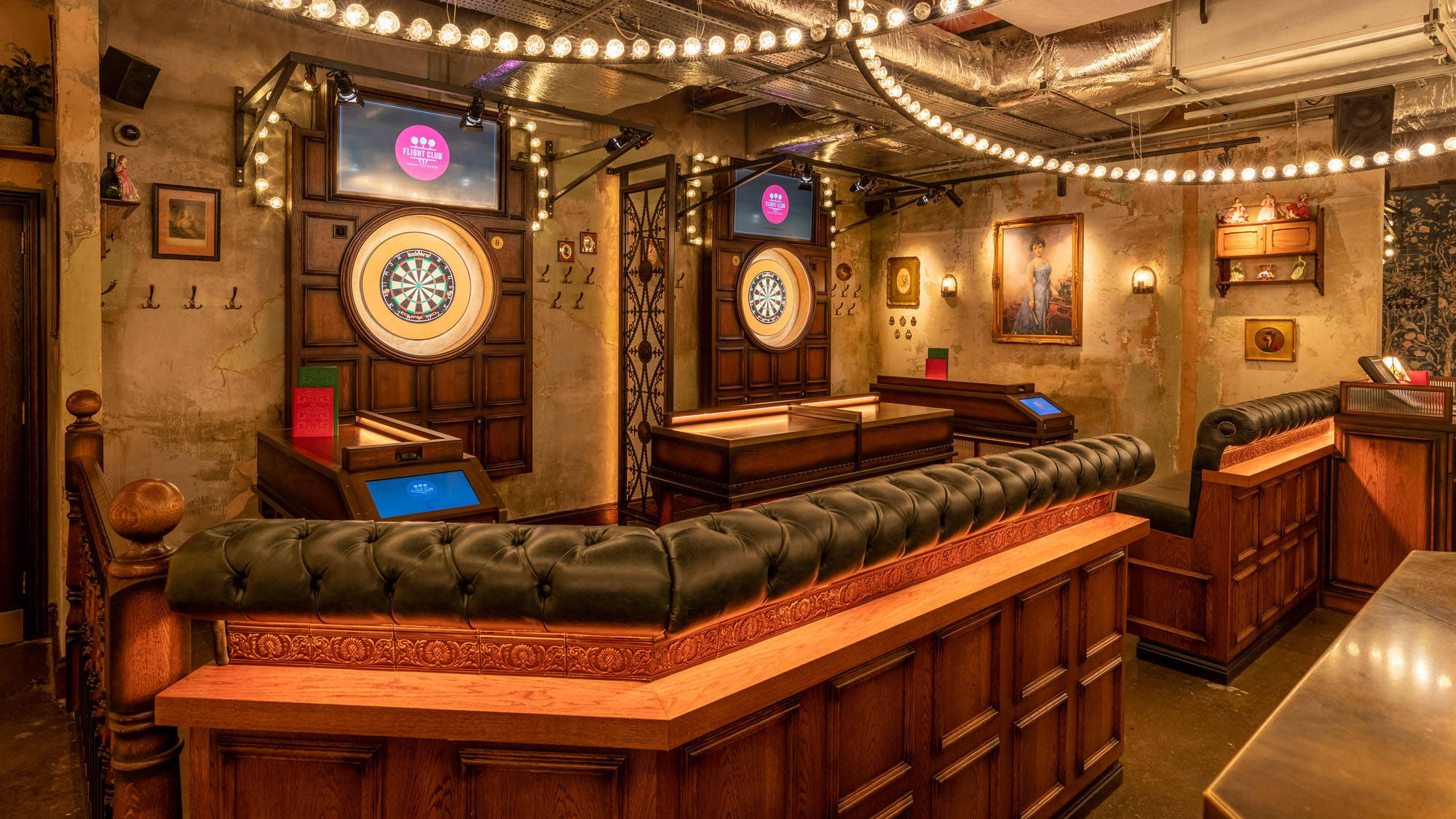 The inspiration for Flight Club, which also has branches in London and Manchester, arrived like a bolt from the blue. “We were in a pub in Devon on a rainy day, about eight years ago,” CEO Steve Moore told us. “We saw a bunch of people around a dartboard in a really cosy pub, having fun and losing their minds. We thought, ‘this stuff doesn’t exist in cities anymore’. And it really is quite sad, isn’t it? The gastropub was the end of the games room.”

Rather than transplanting old-fashioned darts into a modern setting, they decided to drag it kicking and screaming into the modern world by gamifying it and making it a lot more approachable for people who’ve never played it before. It’s not as easy as it sounds, so they conducted over 500 focus groups and built an in-house vision system, similar to the Hawkeye system used in cricket and tennis.

The vision system does the scoring for you, so you can focus on having fun. The genius isn’t just in the technology but also in the simple hack of having three different throwlines for each board. If this is your first time, or if you’re the first to admit you suck, just stand closer! “There’s a natural handicap,” Steve explained. “My mum quite often beats me!” There are action replays, and you’ll also receive your ‘story’ the next day – a digital collection of your finest moments with the darts in hand. 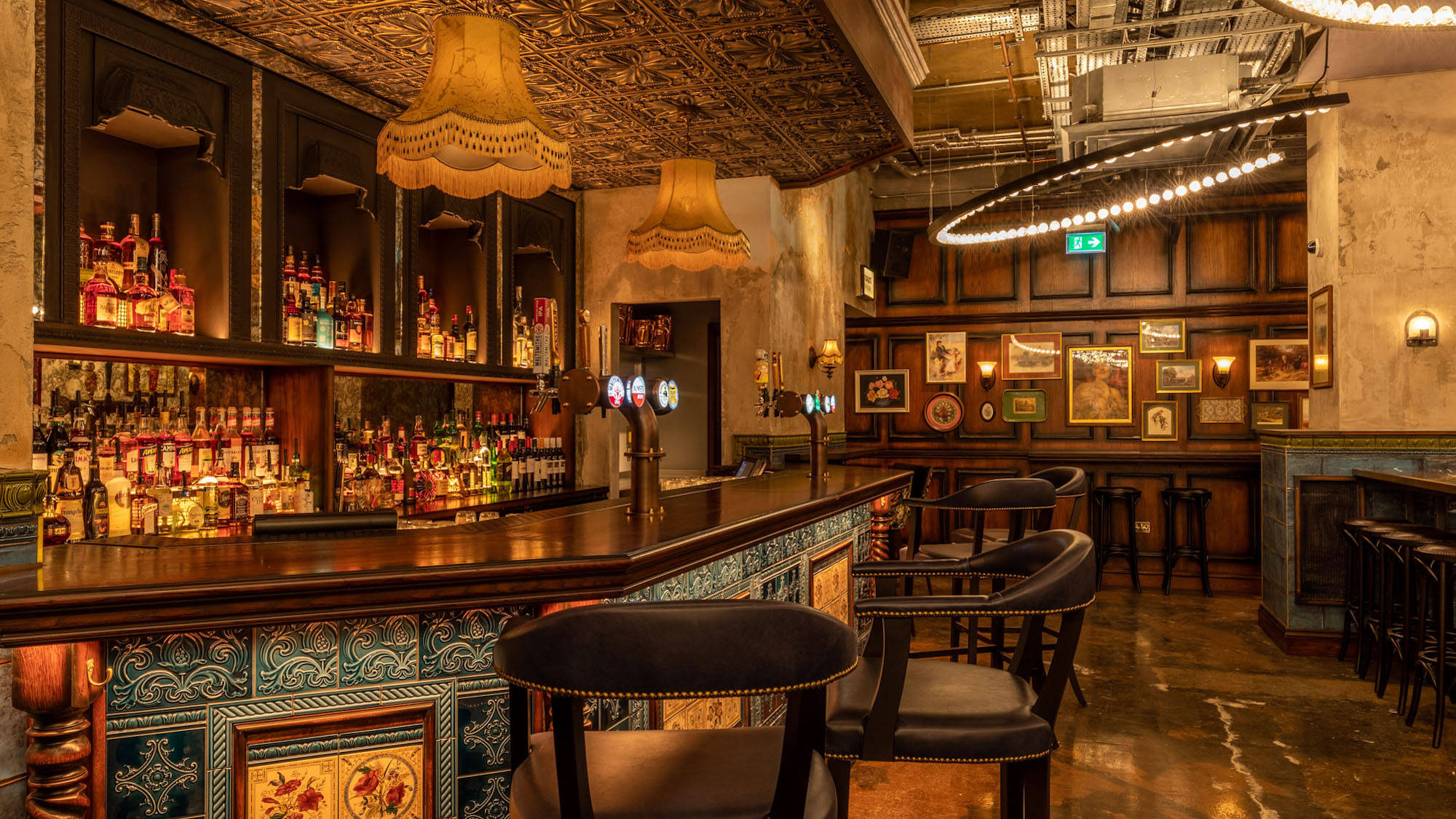 None of this would mean much if the space didn’t feel right, but Flight Club lives up to expectations. Their new Leeds premises are one part traditional pub and one part Victorian fairground. “During the week it’s like a cosy front room,” Steve told us. “But at the weekend, the shackles are off. It’s a familiar place for a bunch of friends to hang out. Yes, it’s a bar. Yes, it has social darts. But it’s the combination of all those things with beautiful interior design.”

Key to the Flight Club experience is keeping people well fed and watered. They want you to be totally immersed in your game, not trying to catch the eye of staff, so you have a handy button to get their attention. This definitely isn’t a beer house, so you’ll find a drinks menu that offers everything from crafted cocktails to alcoholic slushies and a comprehensive wine menu with some choice picks. If you want to splash out, they have fizz galore, all the way up to vintage Champagne. 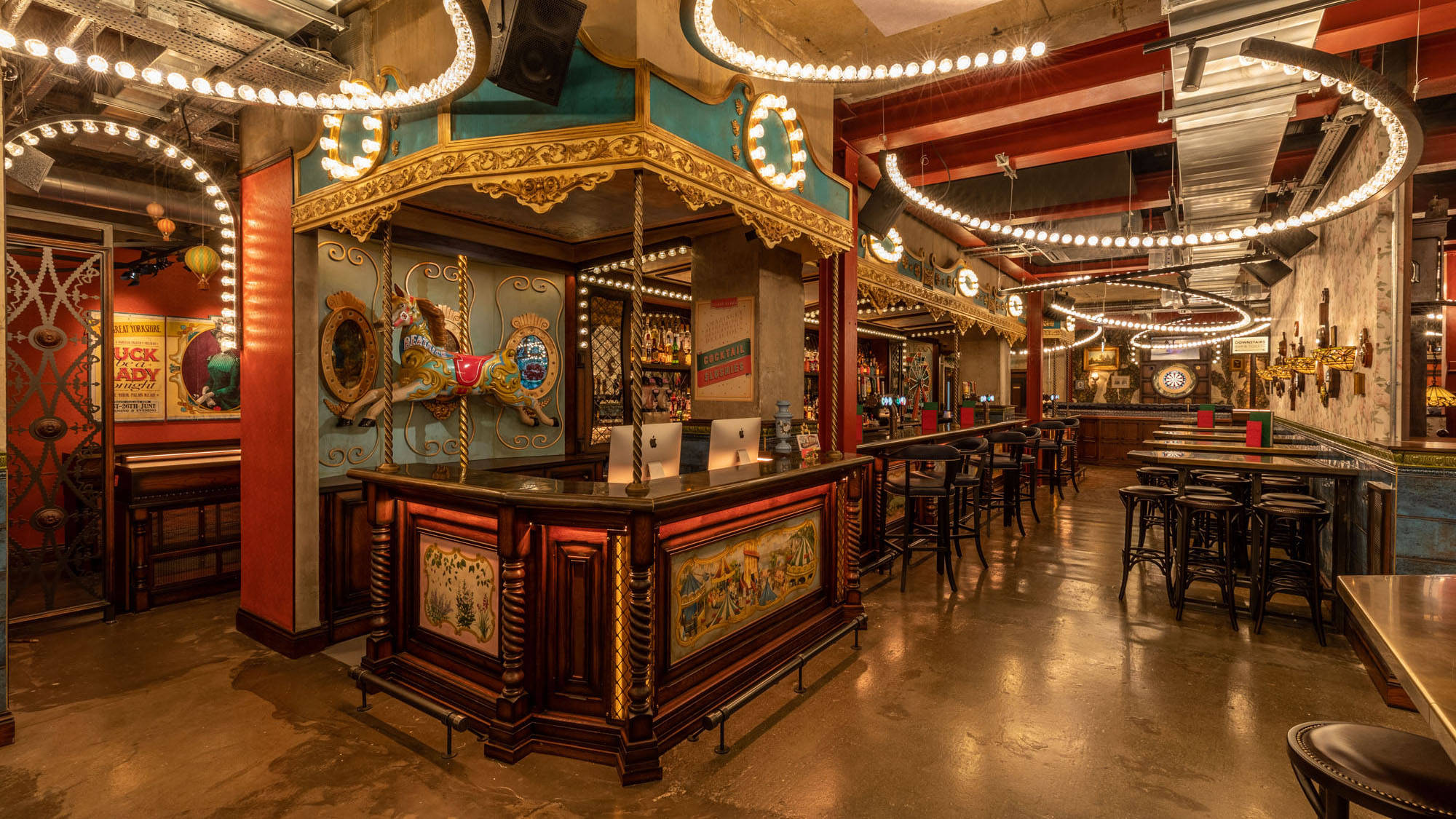 The food is designed to feed into that social aspect too, with an emphasis on sharing plates, platters and pizza paddles. While you’re waiting for your friends to throw their darts, you can grab a quick slice of spicy ‘Nduja sausage pizza with Sriracha sauce. If you don’t fancy sharing, order up your own buttermilk chicken burger or a healthy vegan bowl. It’s a comprehensive menu, with something for everyone.

Flight Club is a dart-centric bar with entertainment built in, and a great addition to Leeds, but if you don’t play darts, if you just want a drink, or even better, if you just want free-flow pizza, they’ll still make you very welcome. Their brunch social runs from Thursday to Sunday and offers a bottle of prosecco and bottomless pizza for each guest, without having to throw a single dart.