Millions of pounds put to good use. 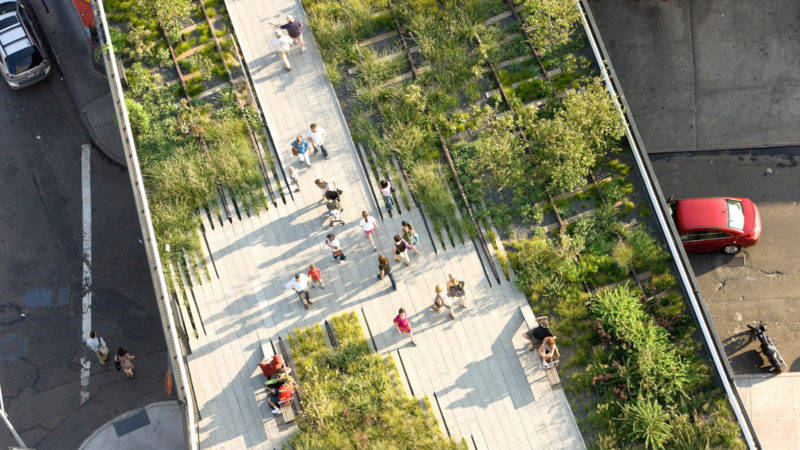 Transport is the biggest issue facing Leeds today, but what’s happening to solve our ongoing problems?

Leeds is a vibrant, modern city with big ambitions, but if we want to reach our full potential, we need to improve our transport system – and it’s happening. Big plans are already in place to reduce congestion, improve air quality and help you get where you want to go. So check out our list of 11 big projects in the pipeline for Leeds and find out how the city’s transport system is being transformed.

The train station will be unrecognisable

If you’ve been in the train station lately, you’re probably well aware that it’s undergoing major works. They’re installing a statement roof on the main concourse and transforming the entrance on New Station Street, but that’s not the only change on the way. Soon the station will have a new platform, a new track and an upgraded signalling system to offer travellers a more reliable service thanks to a £161 million investment from Network Rail.

It’s the first step towards the delivery of the Leeds Integrated Station Masterplan, which will bring together the existing rail network, the Northern Powerhouse Rail programme and HS2 (the first railway to be built north of London in 100 years), all under one roof. Designed to accommodate 60,000 travellers, twice the number who use it now, this world-class transport hub will act as a catalyst for growth, unlock the potential of the North and help rebalance the economy.

Air quality in the city centre will improve dramatically

There are parts of Leeds that won’t meet legal air pollution limits by 2020. NOx is the main pollutant Leeds is concerned with and the majority of it comes from road traffic, so that’s where we need to cut them down – and work will begin on Monday 6th January 2020 with the introduction of the Clean Air Charging Zone.

The city recently won £23 million of government funding to begin the initiative, which will reduce pollution by encouraging businesses to transition to cleaner vehicles that are exempt from the fees imposed on high-polluting buses, coaches, taxis and private hire vehicles. A network of purpose-built cameras that automatically recognise number plates will be installed to monitor the zone 24 hours a day, 365 days a year.

The South Bank will become part of the city centre

The regeneration of the South Bank is one of the most ambitious projects ever to be undertaken in Leeds. It will double the size of the city centre, giving us a raft of new parks and public spaces, while bringing historic buildings back to life. But what you might not realise is that transport is at the heart of their plans, and we’re not just talking about the new station.

Accessibility is key to unlocking the potential of the South Bank, so their plans will be supported by a programme of improvements to the public realm that will make it easier to travel by foot and by bike. The pedestrian zone will stretch from The Headrow, past the waterfront and the new Leeds Station including City Square, all the way down to the junction between Victoria Road and Meadow Lane. And where it’s not pedestrianised, segregated walkways and cycle lanes will make your journey through the city centre feel much more pleasant.

The Headrow will undergo a £20.7 million transformation

Every day, thousands of people pass through The Headrow on their way around the city centre, making it one of the most important gateways into Leeds – and now it’s set to get a massive makeover that promises key transport upgrades alongside improvements to the public realm.

The Headrow City Centre Gateway is a £20.7 million project funded by the Leeds Public Transport Investment Programme, so connectivity has a vital role to play here. The central reservation will be removed to make way for protected cycle lanes and new road layouts will help to reduce congestion, improving the reliability of buses in the process. But it’s not just transport, the space itself will be transformed with new bus shelters, new pedestrian crossings and new paving to create a warm welcome into the city. The public consultation is now open, so you can have your say on their plans.

East Leeds will have a new dual carriageway

The East Leeds Extension is pivotal to the city’s future. It’s a 233 hectare stretch of undeveloped land on the edge of Swarcliffe, Whinmoor and Crossgates that will help the city deliver 70,000 new homes by 2028. But more homes mean more people and more people mean more traffic – which is where the East Leeds Orbital Route comes in. Not only will it improve accessibility, but it’ll also help to reduce traffic around busy areas like Crossgates.

This £126 million project will result in a new 7.5-kilometre dual carriageway between the existing Orbital Ring Road at Red Hall and Junction 46 of the M1. Phase one will see improvements to the Roundhay Park Lane and Harrogate Road junctions before they set to work on the designs and construction of the road itself, which is due to be completed by the end of 2022.

Over 4 million people passed through Leeds Bradford Airport in 2018 and that number is expected to rise to 7.1 million by 2030. But if we want to expand the airport’s international connections, we need to make it easier to reach and that’s where the Airport Parkway Rail Station and Link Route comes in.

The biggest change will come in the form of a new railway station on the Harrogate line, just south of the Bramhope tunnel. The station has been designed with travellers in mind, so it will have four lifts to help you get your luggage from the platform to the station building, then you can just hop on the shuttle bus to the airport itself. But that’s not the only option open to you – they’re also going to ease traffic to the airport by widening roads and improving junctions or by building a whole new road to the airport from the A65 – you can help decide which option they go with by completing their survey.

We could get two more new train stations

Improving our rail network is one of the city’s highest priorities, so it’ll come as no surprise that there are plans to build two new stations in the next 10 years. Thorpe Park Station will support the ever-growing office, commercial and retail park in East Leeds. There are already 4,500 people working on-site and that number is expected to rise a-pace as more businesses move in. The new station will give the wider city access to this vibrant job pool while helping to ease congestion on local roads.

On the other side of the city, White Rose Station will sit on the Leeds to Dewsbury section of the main TransPennine rail route, connecting commuters to the office park, the shopping centre and Elliott Hudson College. It’s hoped that the new station will help drive investment in South Leeds while supporting local communities in Cottingley, Churwell and Millshaw.

Bus travel will be quicker and easier along five key routes

Plans are afoot to revolutionise our bus system by building five new corridors in key locations across the city. Wherever possible, they’ll be widening the roads without reducing the number of lanes, so they can make bus journeys quicker, easier and more appealing. The routes, which reach from the city centre to Alwoodley, Roundhay, Adel, Wakefield and Bradford, will be introduced in stages and aim to promote more efficient, greener forms of transport to help tackle congestion, air quality and health issues.

The first phase of the project will see major improvements to the A647 corridor between Leeds and Bradford. Plans have already been approved for a £9.78 million investment that will convert the two-plus lane into a dedicated bus lane, as well as improving junctions. The work, which is expected to start this autumn, could reduce bus journey times by up to 15 minutes for the 24,000 bus users on the route and help ease congestion by tempting more people to use the buses.

Buses are the most popular form of public transport in Leeds. 15% of residents commute to work on the bus, compared with just 5% on the train, so if we want to tackle air pollution in Leeds, we need to switch to low emission buses – and it’s already happening.

In December 2017, First Leeds announced that it was going to invest a whopping £71 million in a fleet of ultra-low emission buses. They’ve committed to buying 284 new vehicles by the end of 2020 and they’re already hurtling towards their target – in fact, they now have 105 of these green, eco-friendly buses in service. Their new buses have Euro VI engines, which are up to 95% cleaner than their existing vehicles and produce less harmful pollutants like Nitrogen Oxide. They also include free WiFi, leather seats and USB chargers.

Cycling into the city will be easier than ever

The Leeds to Bradford Cycle Superhighway is now open. This 23km segregated cycle route links two major cities and makes cycling a viable alternative to car travel. But that’s just the beginning. The 4km network of segregated cycle routes will open in the city centre this summer and work is already underway on a new route that will link the cycle superhighways on the east and west of the city, making it safer and easier to travel into the city centre by bike and on foot.

This summer, you can have your say on the next phrase, which will extend the cycle superhighway through Beeston and connect Elland Road to the city centre. There are even plans to improve journeys into the city from the north by expanding the city centre network out to Clay Pit Lane. Although different, each of these projects is designed to reduce congestion on key routes through the city.

There’s a new park and ride on the way

In an effort to reduce congestion and air pollution in the city centre, a new park and ride is being built in Stourton. Accessed by Junction 7 of M621, it’s perfectly placed for commuters coming in from the South East and will have space for 1,200 cars. But that’s not the only thing that’s changing. They’re planning improvements to the route from Low Road to Hunslet Road, including a dedicated bus lane and segregated cycling tracks from Thwaite Gate into the city centre. Alongside junction improvements and widened roads, you’re looking at a 13-minute bus ride into the city centre.

Once complete, this will be the third park and ride in Leeds. Temple Green and Elland Road have already proved incredibly popular, in fact, they’re so in demand that both sites are set to be expanded in the future. Elland Road will gain 550 parking spaces, while Temple Green will acquire another 400.