Work on the regeneration of First White Cloth Hall could start in the coming months. 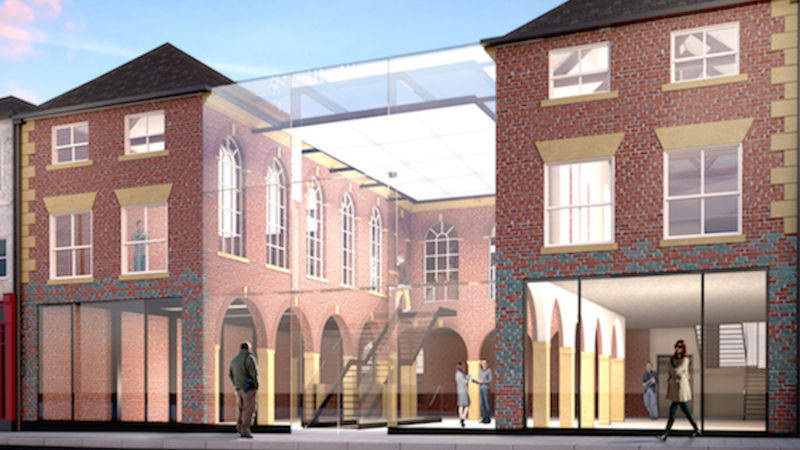 First White Cloth Hall is an important historic building, but despite its storied past, its future has been distinctly uncertain – until now that is.

It’s said that First White Cloth Hall is where commerce first began in Leeds. But while the city’s business and retail sector has gone from strength to strength, the building that started it all has fallen to ruin. It’s been on Historic England’s Heritage at Risk Register since 1999, and in 2010, the West Wing was demolished taking a piece of the city’s history with it.

Since then, a lot has happened, but there’s been very little actual movement. Leeds City Council secured money from the Heritage Lottery Fund in 2013 – together with their own contributions and those of English Heritage, that created a £1 million pot to go towards renovations. But the previous owners, City Fusion, never put it to good use. In fact, they were forced to make emergency repairs to the building after the Council discovered that it had been allowed to fall into an even worse state of disrepair than previously thought – and it was at that point that the decision was made to take it out of their care.

Which brings us to the present owners and the new plans that have just been approved by the City Plans Panel. Rushbond acquired First White Cloth Hall in February 2017 and set out to do what no one had managed to do before them – transform it into a catalyst for Kirkgate’s wider regeneration. They warned that it wouldn’t be a quick process, and yet just nine months later, they revealed plans that would give the building a new start.

They’ve teamed up with Manchester-based architects Buttress, who have over 25 years of experience working on heritage buildings – and they’ve created a design that’s true to First White Cloth Hall’s past but also conscious of its future. The West Wing will be rebuilt, as will the northern elevation, and they’re going to re-create the original assembly room space. In the new designs, the central courtyard will be enclosed by a simple, lightweight structure that lets you see the building in all its glory.

As you probably know, Rushbond are also the proud new owners of Leeds Corn Exchange, and the two buildings will be working together. You’ll be able to cut through from Kirkgate to Crown Street via First White Cloth Hall, and they’re building a modern cube-like design on the southern elevation that will look out on the Corn Exchange.

“The revival of the First White Cloth Hall will be pivotal to the ongoing revival of Kirkgate. The oldest street in Leeds now has new stories to tell,” Mark Finch, Director of Rushbond, told us. “This is also a unique opportunity for a new occupier to help write the next chapter in the First White Cloth Hall’s story. Although the revived building will lend itself to a variety of uses, the prospect of the Hall being part of the burgeoning fashion scene in Leeds is a particularly enticing one. Arguably, it is where fashion in Leeds began!”

Now that Rushbond have taken possession of First White Cloth Hall, things are moving apace, and since the new plans have been approved, work could start very soon. So hopefully it won’t be long before we see this historic building back in use.