Tap on Tap off, Oyster-style. 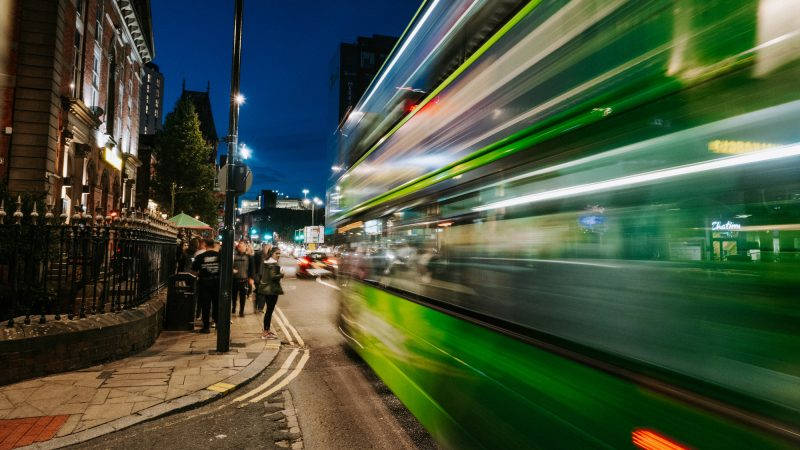 To make travel simpler, First Bus has introduced Tap on Tap off. Just ‘tap’ your card or mobile when you board, then ‘tap’ again when you leave, so you only pay for what you need, capped at £5.20 daily. Find out more.

First Bus has introduced a new London-style Tap on Tap off service that takes the brain-work out of bus travel.

When it comes to your commute, simplicity is key. You don’t want to umm and ahh over which ticket to get or pay for more than you need – which is why the new Tap on Tap off service from First Bus is such a winner. It simplifies the process, so you don’t have to think about it at all. Just tap on when you climb aboard and tap off when you alight. 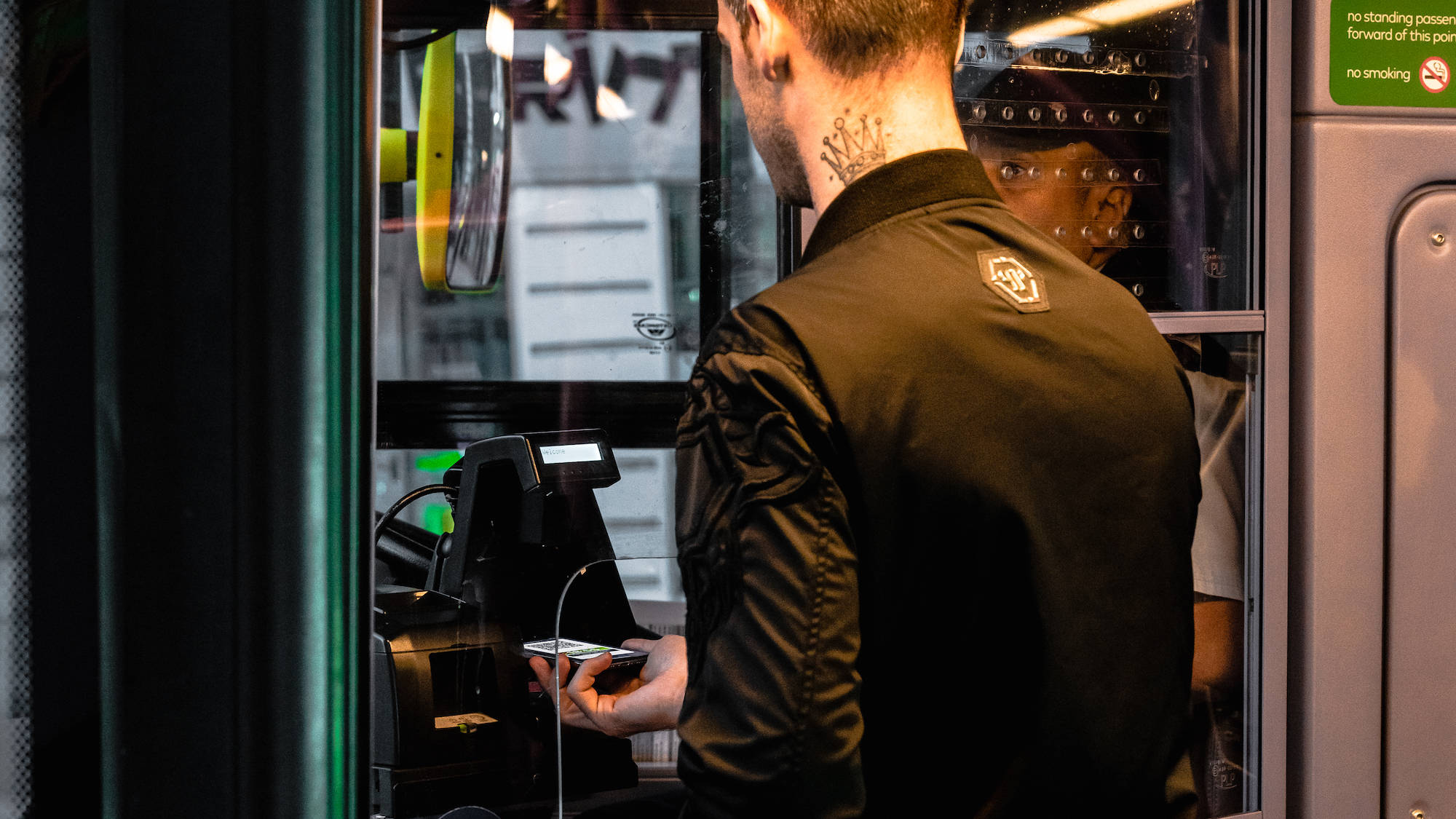 Tap on Tap off, or TOTO if you prefer, works a lot like the Oyster system in London. It deals in single tickets, and tracks how far you travel, so you only pay for what you use. Singles start at just £1.40, going up to £2.90 depending on how far you travel, and if you’re planning a return journey, daily fares are capped at the £5.20 Day Ticket price, so you won’t pay more than that.

Wait, it gets better. Because the more you travel during the week, the more you’ll save. Discounts are applied for every additional day you travel, so if you do a standard five day week, you could save £4.25. Their TOTO week runs from Monday to Sunday, then resets on Monday, and in order for it to work, you have to use the same card or mobile payment system every time. 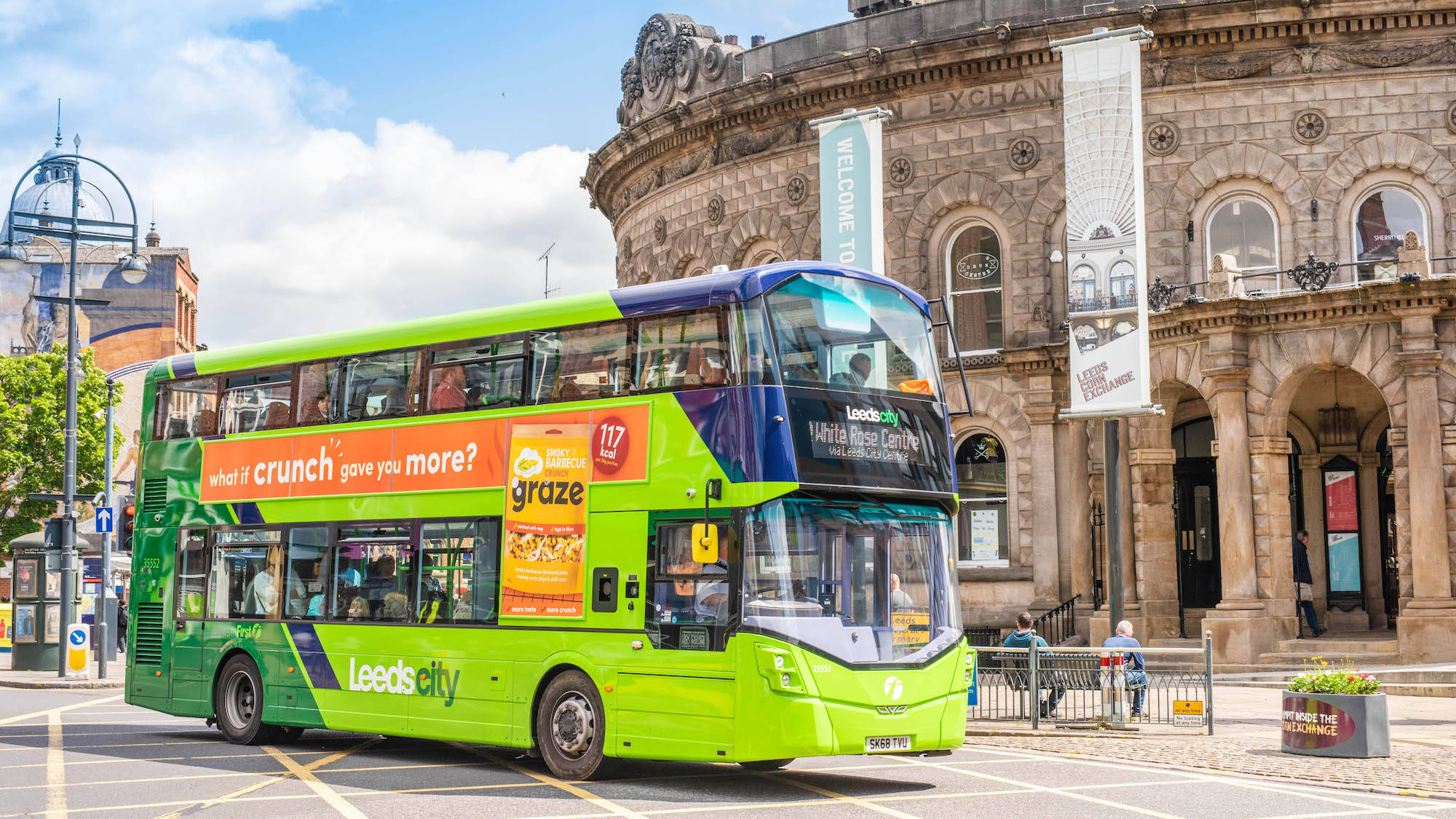 This is the ultimate in flexibility. You don’t have to plan ahead and you don’t have to commit – you only pay for what you use. If you take a day off or work from home for a few days, you won’t pay for those days, but you’ll still earn discounts for the days you do travel. Not only is it easy, but it’s the perfect fit for our modern lives, as hybrid working becomes the new norm.

The new Tap on Tap off system officially launched on Monday 13th December 2021, which means the First Bus Leeds fleet is already kitted out with new technology. You tap on as usual, using the existing reader, then tap off when you leave using their new TOTO readers. If you forget to tap off, you’ll be charged the single fare to end stop of the bus you’re travelling on. 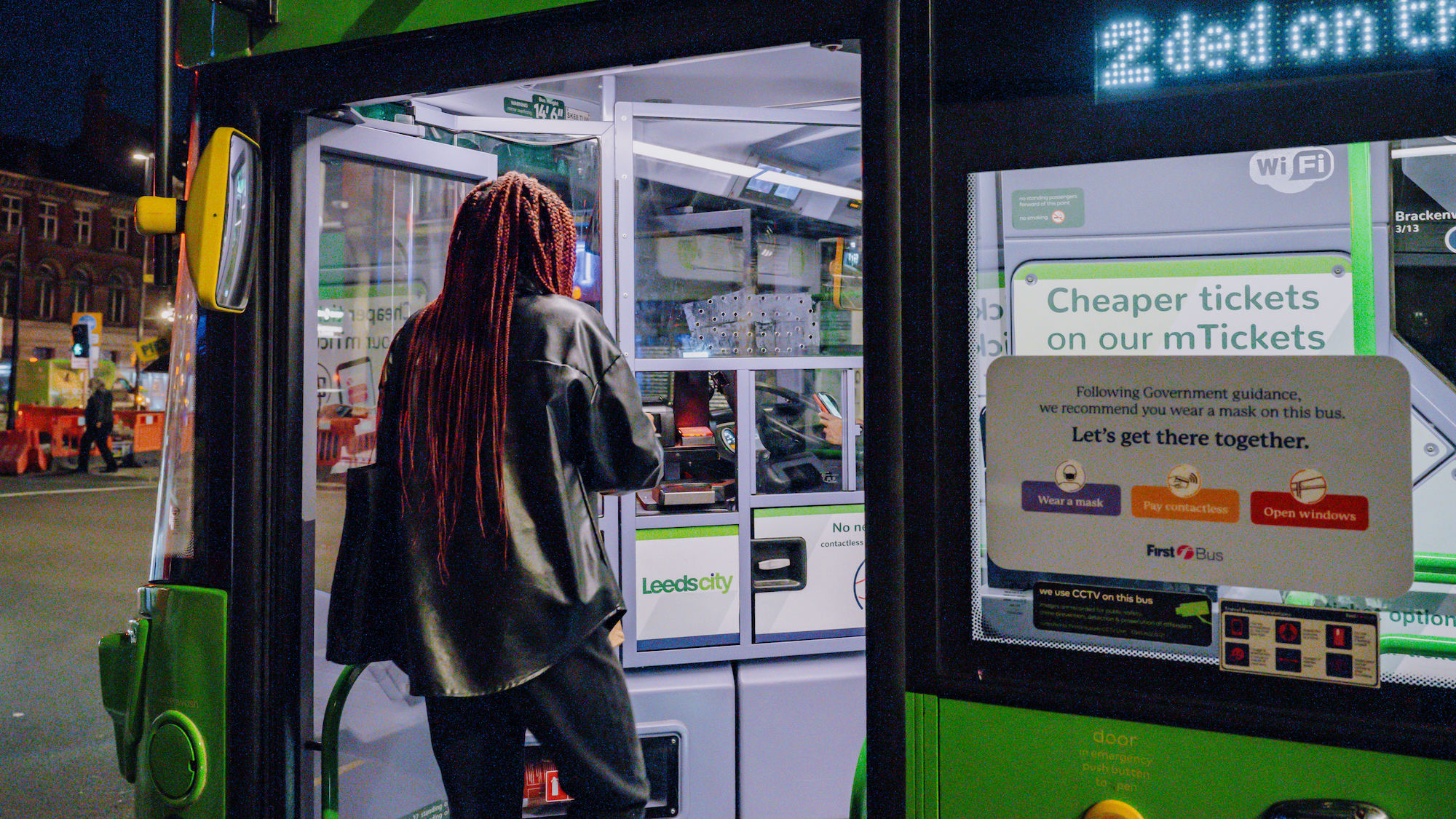 The new system, which will make bus travel easier for everyone, will take us one step closer to meeting the ambitions outlined in the West Yorkshire’s Bus Service Improvement Plan (BSIP), which aims to transform bus travel in the region. They set the target of introducing a ‘tap and go’ system by 2023, but First Bus is ahead of the curve.

In addition to the new Tap on Tap off system, First Bus has revolutionised its ticketing system to make it easier, fairer and more flexible. If you’re doing a two-way journey, their new discounted Returns start from just £2.50. Plus, you can now get a 3-Day Flex for £14, a 5-day Flex for £18 and a new MonthFlexi that gives you 13 days of travel across a 31-day period for just £52.